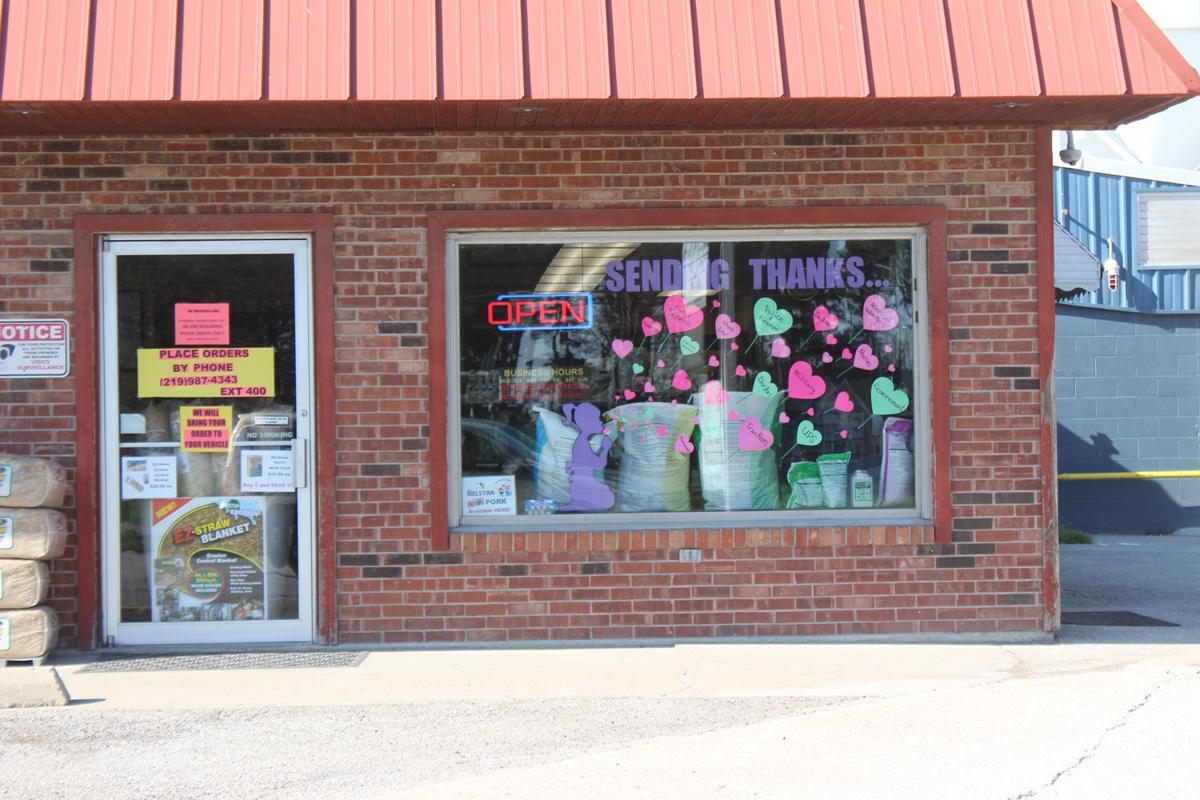 DEMOTTE — One of the largest pork producers in Jasper County, Belstra Milling Co., has multiple farms across the county and surrounding areas.

Nick DeKryger, of Belstra’s, said there is still one meat packaging plant open, while two are closed due to an outbreak of the coronavirus — one in Delphi and the other in Logansport.

“We were taking preventative measures before the plants closed down,” he said, “And that is helping slow the growth down a bit.”

He said across the nation, meat packaging plants are only at 44 percent capacity for slaughtering pigs.

“This puts a strain on everybody,” DeKryger said.

“It goes to show the food supply is essential,” he said. “They still have to think about the employees and their safety.”

DeKryger said the government should help in ways to do that and it also doesn’t solve the problem completely.

“It will still get slow for a couple weeks,” he said.

Purdue agronomists discussed the issue in a webinar in April. Pork values collapsed at the end of March and the beginning of April, but were on the way back up. With the closure of the meat packing plants, meat prices rose, but farmers were not seeing that on their end.

However, he said meat packers are no better off either, nor are the consumers.

“No one is winning in this situation,” said Jayson Lusk in the webinar.

Cattle and pig production are affected across the country with only a few meat packing facilities in the Midwest. Pork producers are seeing a 50 percent reduction from the same time last year.

Chicken numbers are not “quite as dramatic,” Lusk said.

The two men also said it is difficult to know of shortages at the retail level because there is a supply of meat in cold storage. There was more pork in cold storage in March than there has been in the last 10 years.

They estimated there would be 10 days of total consumption in cold storage if all meat packers shut down. There have been “serious” repercussions on the entire supply chain.

Belstra’s earlier announced doubling their contribution of ground pork to local food pantries and the food bank in Lake County. DeKryger said the closures don’t affect the donations because those are taken to a smaller meat packing plant in Monon.

“We’re trying to find other ways to get the pork out,” he said. “The meat is there and food banks are busy.”

Working in pork production already required employees to shower and disinfect before working with pigs. Since the pandemic started, DeKryger said there have been additional changes to reduce the risk of infection for the employees.

The employees are wearing PPE when necessary as well.

“It’s more about reducing interaction, isolating when we can,” DeKryger said.

Another issue is the reduction in demand from hotels, restaurants and institutions such as schools, colleges and universities.

So far, no pigs have been euthanized.

“We are doing everything we possibly can to avoid that situation,” DeKryger said. “That would be a sad day. As long as the one plant is open, we’ll be OK. Time will tell.”

Belstra’s has facilities in Porter, Pulaski, Lake and Newton counties, as well as in Kankakee and Iroquois counties in Illinois.

The two plants in Indiana partially opened Monday according to Congressman Jim Baird in a phone interview Tuesday. He said he attended a meeting April 30 between the Cass County commissioners, the local health department and industry leaders.

Baird said he was proud of the cooperation between the government and businesses as they discussed the issues with the pandemic and reopening the plants with the safety of the employees in mind.

“It goes to show the food supply is essential."

Partly cloudy in the morning. Thunderstorms developing later in the day. A few storms may be severe. High 83F. Winds WNW at 10 to 15 mph. Chance of rain 80%.