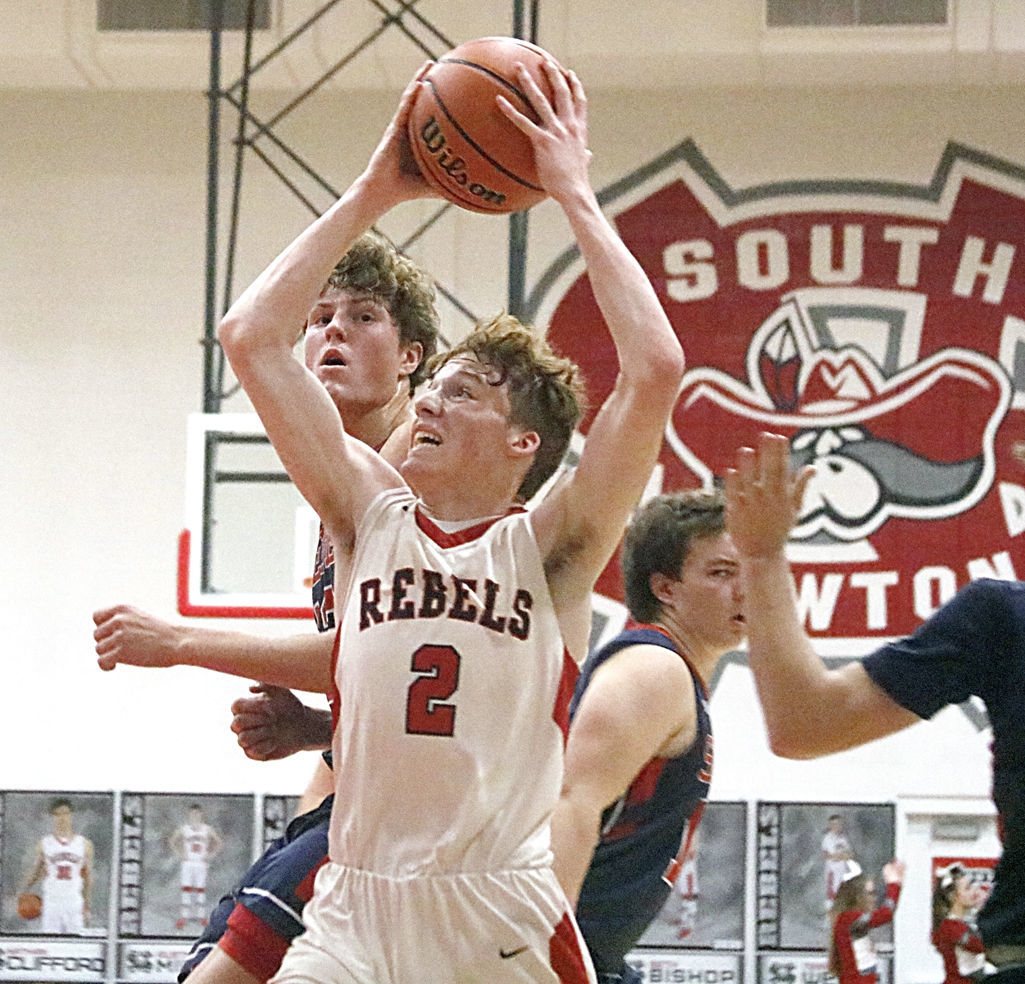 South Newton sophomore Cy Sammons takes the ball strong toward the hoop in the Rebels’ loss to Seeger. 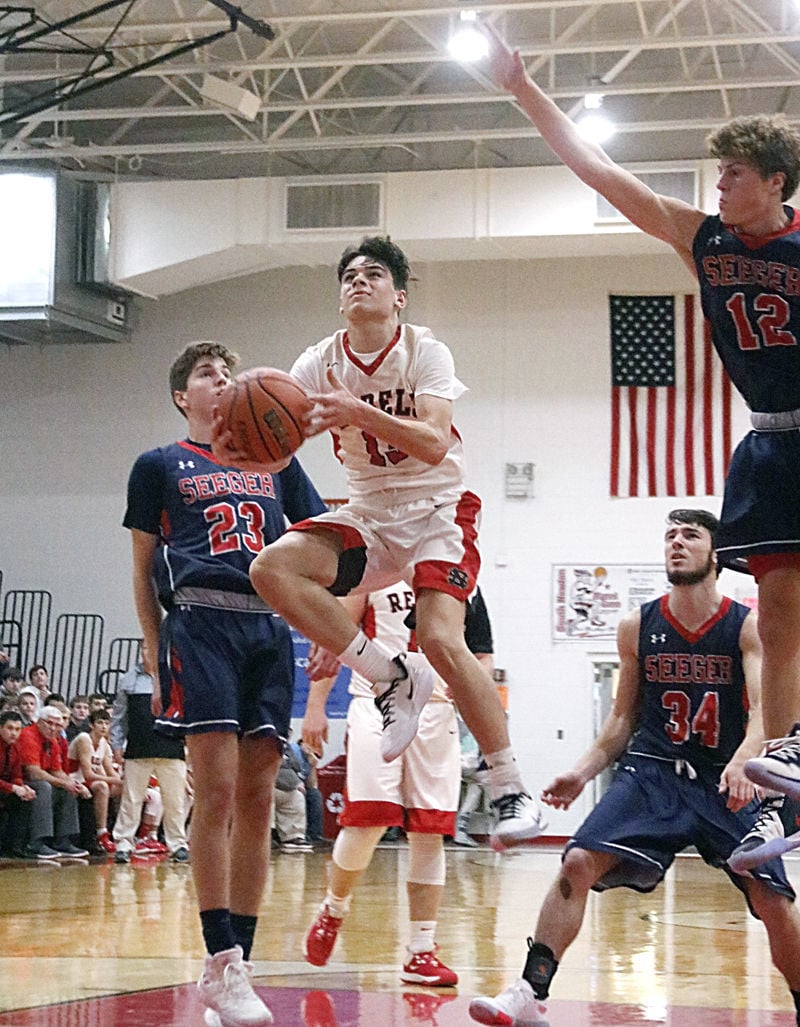 South Newton sophomore Cy Sammons takes the ball strong toward the hoop in the Rebels’ loss to Seeger.

KENTLAND — A seven-minute stretch from late in the second quarter to about two minutes remaining in the third was the difference as Seeger held off a pesky South Newton squad 43-34 Nov. 6.

During that key part of the game, Seeger outscored South Newton 17-6.

“There were two or three opportunities where we had a chance to fold but we fought back,” said South Newton coach James Sammons. “Now that being said, the first three minutes or so coming out in the third quarter, we went kind of dead. We let them get on a run and that ended up being the difference in the game. We were never able to recover from that.”

The Rebels got off to a hot start, making its first three shots of the game. A 3-pointer by Kayden Cruz gave South Newton a 9-4 lead. However, South Newton would turn the ball over six times over its next eight possessions as Seeger went on a 7-0 scoring run for an 11-9 lead heading into the second quarter.

The Rebels would tie the game up on two occasions in the second quarter, but again Seeger closed out strong. This time with a 7-2 run for a 21-16 lead at the break.

South Newton missed four of its first five shots to open the second half and Seeger was able to increase its advantage up to 11 points, with 2:35 remaining.

A pair of baskets each by Cy Sammons and Hayden Berenda including a baseline drive that led to a score right before the buzzer by Sammons accounted for an 8-0 South Newton run to trail just 31-28 going into the fourth quarter.

The Rebels closed within two points after Sammons connected on 1 of 2 free throws, but five fourth-quarter turnovers including three early in the period halted South Newton’s momentum.

The Rebels would make just 1 of 7 shots the rest of the way as Seeger pulled away for the nine-point win.

Sammons finished with 11 points to lead South Newton, while Austin Miller had eight.

With the loss, South Newton fell to 0-3 on the season.

“The intensity was there and the boys showed a little more passion tonight,” said coach Sammons. “They fought to the end which is all I’m ever going to ask from them. They keep doing that and good things will happen.”

Delphi outscored South Newton 15-6 in the third for a 38-27 advantage.

South Newton rallied to outscore Delphi 22-15 in the fourth but fell short.

The Rebels fell to 0-4 with the defeat, while Delphi improved to 2-2.