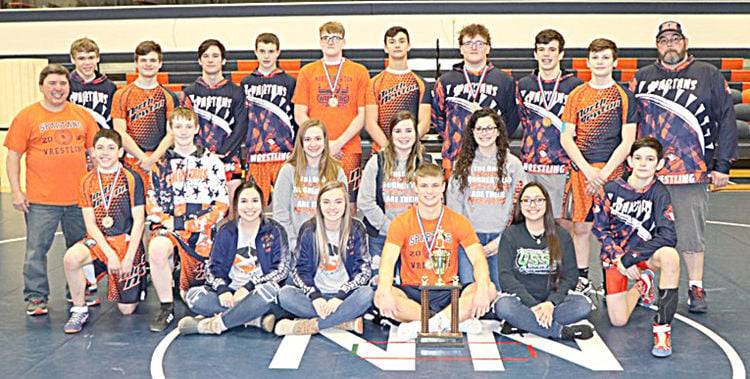 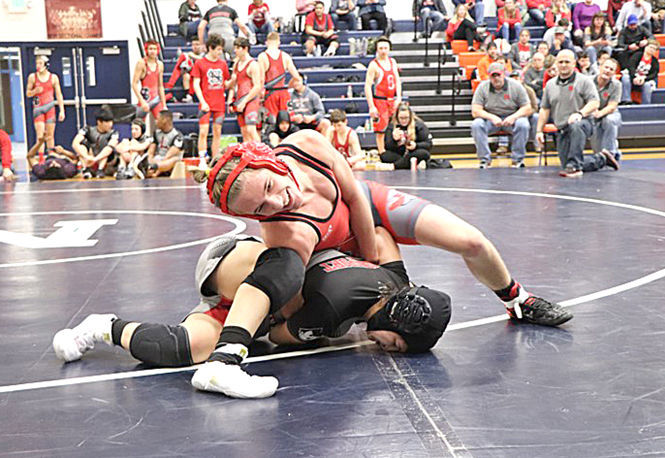 South Newton’s Hayden Ramon is smiling as he puts a spin move on a Logansport athlete while his coaches and teammates watch. 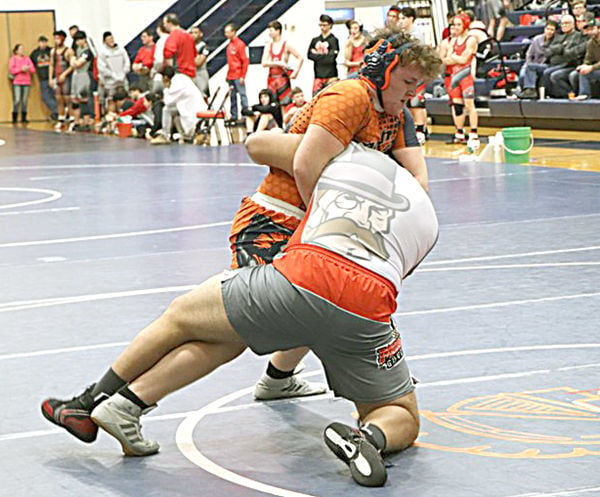 North Newton’s Matthew Barry setting up a move to pin a Logansport wrestler.

South Newton’s Hayden Ramon is smiling as he puts a spin move on a Logansport athlete while his coaches and teammates watch.

North Newton’s Matthew Barry setting up a move to pin a Logansport wrestler.

North Newton opened the new year with a win that was 20 years in the making. “Last year it was a single point through a forfeit in the final match against Delphi that kept the trophy from returning home” stated Coach Cunningham. The 2020 Nick Spitler Invite welcomed a total of 6 schools to the mat: Delphi, Frontier, Hammond Morton, Logansport, North Newton, and South Newton.

Drive, determination, and dedication could be seen across the faces of the entire team as each athlete took their turn on the mat. North Newton started the Invite against Logansport. North Newton would start off hot winning the match 57-24. North Newton would have 8 individual weight class pins, 1 forfeit win and a win on points.

Hammond Morton was the next to take on the Spartans. The North Newton team slowly took apart Hammond Morton winning 57-12. The Spartans continued to take the pins on the floor with a total of 6 pins, 2 forfeit wins and a single win by points.

North Newton welcomed conference rival Frontier to the mat next. In what seemed to be two evenly matched teams quickly gave rise to concern. The Spartans lost 3 matches on points followed by a loss of two matches by a pin. However Frontier helped the Spartans with free points when they forfeit 5 different weight classes. Only Aydan Barron and Mikkel Cunningham would win matches with a pin which would result in a final team score of 45-24.

After a short 30 minute break between matches, North Newton welcomed Delphi to the mat. In true fashion the Spartans kept the winning streak rolling, finishing the match against Delphi 66-18. It included 4 wins by forfeit and 7 strong pins by the Spartans.

The North Newton Spartans finished the Invite against county rival South Newton. Anytime these two schools meet its always with great sportsmanship and even better competition. Each athlete wrestled through each period with pride on the line to bring home the win. North Newton was able to defeat the Rebels 45-25. North Newton earned points through a total of four forfeits, two wins on points and pinning three of the Rebels.

North Newton returns to the mats on Thursday, January 23rd for Senior Night where they host Hebron beginning at 6 pm.