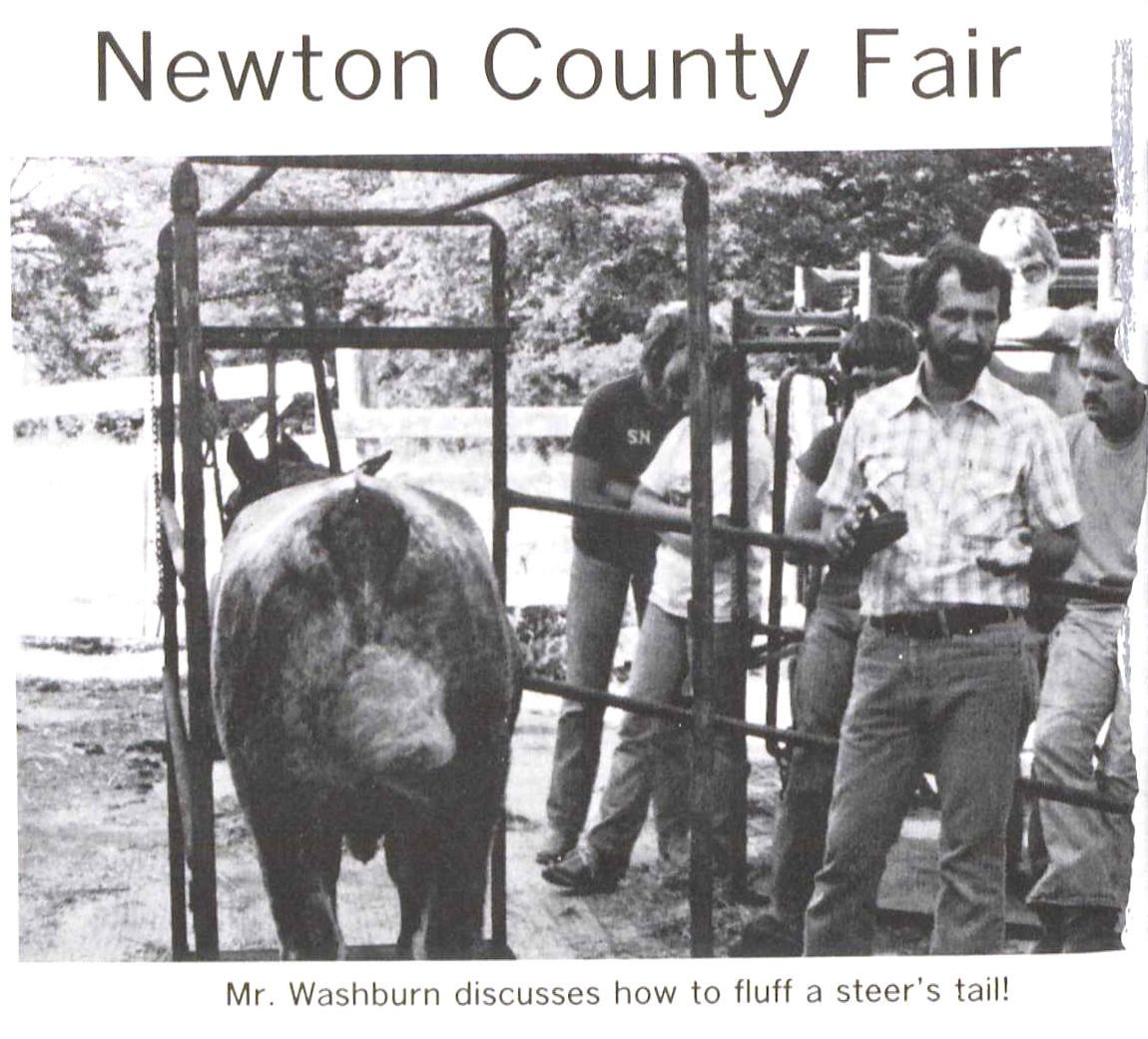 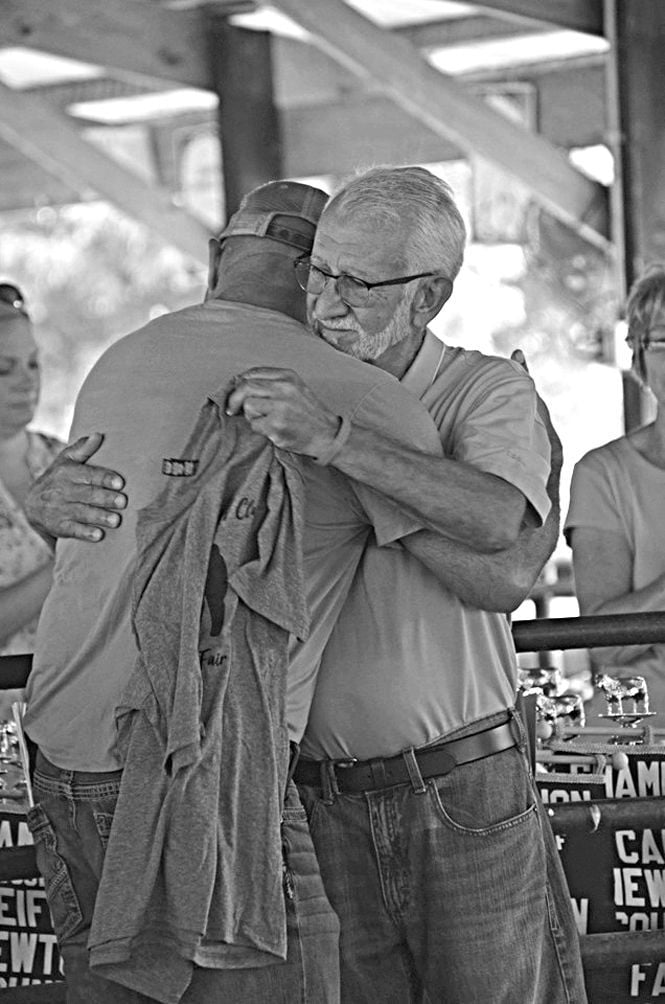 Don Washburn was recognized shortly before the start of the Beef Show in 2019 for his decades of support and dedication to the Beef Barn and 4-H. Washburn (right) is shown embracing current Beef Barn Superintendent Wade Berenda.

Don Washburn was recognized shortly before the start of the Beef Show in 2019 for his decades of support and dedication to the Beef Barn and 4-H. Washburn (right) is shown embracing current Beef Barn Superintendent Wade Berenda.

KENTLAND — Kind, caring, dedicated, genuine, and supportive — those are just a few words that describe the late Don Washburn, who was known not only for his time spent working at South Newton but also as a mentor for many in Newton County and throughout the state.

“Don Washburn was one of the best,” stated Cory Groover. “He was a kind, caring, and generous Christian man. He touched many lives throughout his lifetime. As a teacher, as a member of his church, as a 4H leader, and as a member of this community, his influence was widely felt. I have many memories of Mr. Washburn. From my high school days, his guidance and caring way helped me through one of the most challenging times of life. As an adult, his support and kind words have made me feel appreciated. Don is the reason I joined the Newton County Fair Board. I was hesitant when he approached me, but his smile and encouragement were what helped me to take on the position. I am grateful for his influence in my life. I am a better person because of him. His presence here will be deeply missed.”

He taught at South Newton High School and then also served as the school’s guidance counselor. At South Newton, Don met his wife, Judy Merchant Washburn, and the couple recently celebrated their 45th anniversary.

“Don was a person who made each person feel important,” stated Jenni Belcher. “As South Newton’s guidance counselor it didn’t matter to him if you were a student going to college, going to the military, or entering the workforce after graduation. To Don everyone was important, and he valued the relationship he had with each student. He treated everyone with respect whether you were a teacher, a custodian, an aide, or a cafeteria worker. Don was a great example of how to treat others. South Newton is fortunate to have had him on staff over the years. He touched so many. He will surely be missed.”

“Don Washburn was one of my closest mentors when I first started teaching at South Newton in 1982,” Darrell Allen stated. “In addition to teaching me the ropes about teaching and advising an FFA chapter, he was a close friend that helped me through some difficult times. It was no surprise to see him eventually become the school Guidance Counselor, a job for which he had a natural talent. He garnered respect from students, faculty, and community through his quiet strength, leadership, and servanthood. His faith and love of God and family were foremost in his life. Don laid the strong foundation for South Newton’s Agriculture and FFA programs. His wisdom and fun-loving caring nature will surely be missed by all.”

2020 State Fair will not take place

After his time at South Newton, Washburn’s love of raising cattle started to take up more of his focus, and he became a mentor for many 4-H youth in the county as well as at the state fairgrounds.

“Mr. Don Washburn’s loving and caring actions have been witnessed flowing through the halls of South Newton Schools, the barns at the Pun’kin Vine Fairgrounds, the cattle show ring at the state fairgrounds, and between the aisles of his church,” stated the Berenda family. “He was Mr. Washburn to so many because the respect for him rose above just calling him Don. It seemed that he lived a simple life that centered on the philosophy of being kind to one another. Mr. Washburn was a critical thinker who spoke softly. He had a unique way to express his love for people, animals, and nature. We all have grown as individuals from knowing this wonderful, genuine, and gentleman.”

In 2014, Washburn received the Newton County Friend of 4-H Award.

“Don Washburn was the best definition of a human being and the sphere of his influence is gigantic,” stated Karen Van Duyn. “He met you with a smile and that little wave of his, and you immediately felt comfortable and welcome. He didn’t always have the time for a conversation, but always made the time for one. In his years at South Newton, he used that time and comfort to meet students and staff where they were and helped them get to where they needed to be. His office often was a haven where the difficult conversations were safe to have. I will remember him as one of the most Christian men I’ve known; a great husband and father, and I pray for comfort for his family and that the good memories will overwhelm their sorrow. I know it is well with his soul. I will miss him at the Fair and miss searching him out at the State Fair. I will treasure his friendship.”

Threads of Hope clothing pantry is open the last Saturday