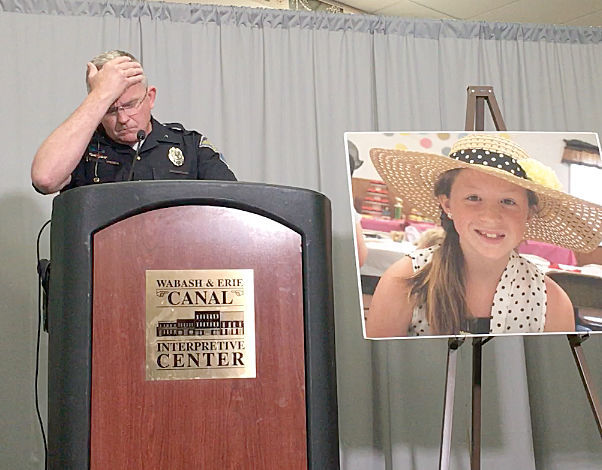 Indiana State Police Superintendent Doug Carter gets emotional while addressing the media at a press conference in April 2019 in Delphi. 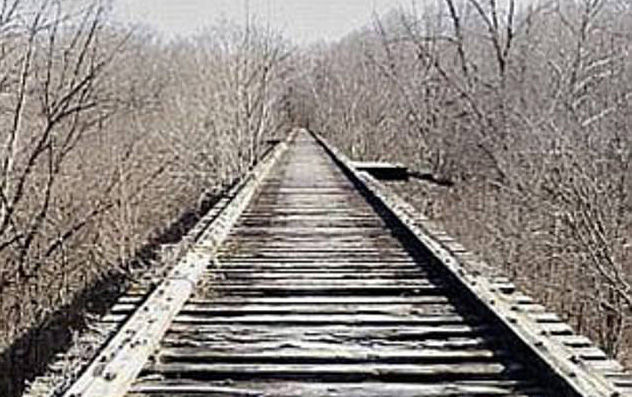 Pictured is a Snapchat photo Liberty posted of the Monon High Bridge before they failed to show up at a pre-arranged pickup location. 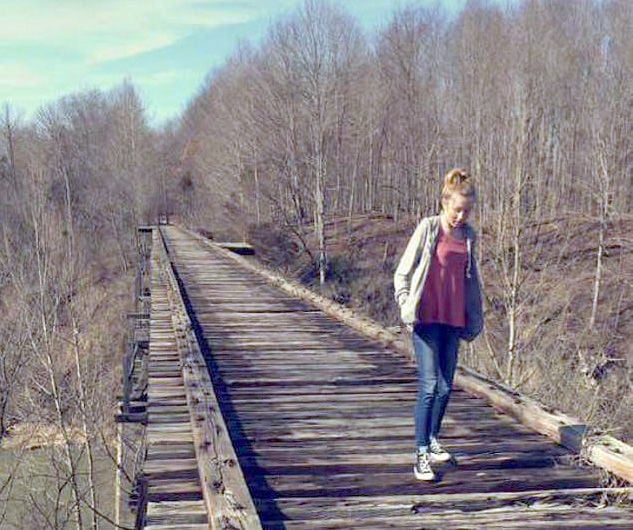 This photo of Abigail Williams walking along the bridge was one of the last taken on Liberty German’s cell phone before the two girls were found dead. 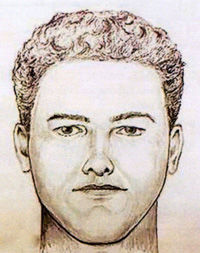 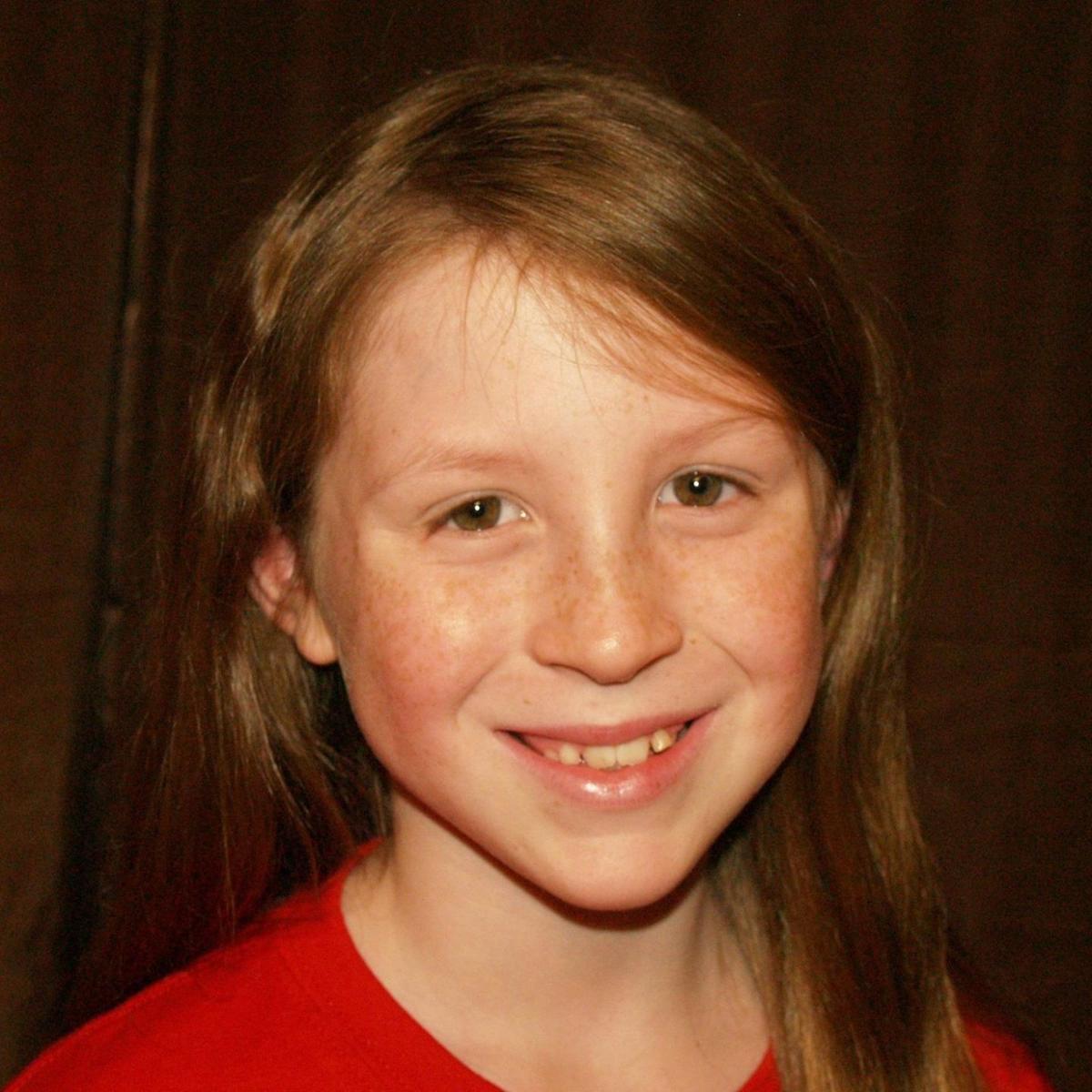 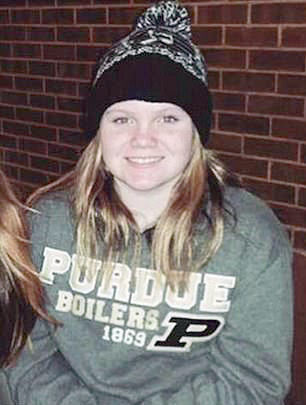 Indiana State Police Superintendent Doug Carter gets emotional while addressing the media at a press conference in April 2019 in Delphi.

Pictured is a Snapchat photo Liberty posted of the Monon High Bridge before they failed to show up at a pre-arranged pickup location.

This photo of Abigail Williams walking along the bridge was one of the last taken on Liberty German’s cell phone before the two girls were found dead.

DELPHI — Nearly three years after the bodies of two Delphi teens were discovered in Deer Creek near the Monon High Bridge trail, a suspect in the case still remains unidentified and on the loose.

“We have a completed puzzle right now of what happened to those two little girls,” Indiana State Police Superintendent Doug Carter said last week. “The only thing we’re missing is ‘who.’”

The girls’ bodies were discovered Feb. 14, 2017, near the Monon High Bridge Trail in Delphi, one day after a relative dropped the girls off for a two-hour hike at the Delphi Historic Trails park. When they failed to show on an agreed-upon pick-up time, an all-out search commenced the remainder of that day and night.

The search for the girls ended around noon the following day when their bodies were found by a volunteer about a half-mile off the trail.

No other information was released until April 2019. Authorities released a new sketch of the suspect — a short video clip of the person first seen in the grainy photo — and slightly extended audio of the suspect saying, “Guys, down the hill.” The new sketch caused some confusion among media present and raised more questions than answers.

On Feb. 14, 2019 — the two-year anniversary — law enforcement conducted a press conference at the Carroll County Courthouse with the intent of keeping the story in the public eye, hoping it would generate more tips. They also wanted to assure the public that the case had not “gone cold.”

At that press conference, Carter looked into a row of television cameras and said, “If you’re watching, we are coming” — a pointed message for the girls’ suspected and unknown killer.

“You want to know what we know. One day, you will,” he added.

Investigators from local, county, state and federal agencies have not released details in regards to how the girls were killed, the time of death or whether DNA evidence was found or collected. This was done mainly to preserve the integrity of the case, according to Carroll County Prosecutor Nicholas McLeland.

The sketch released last April appears to show a much younger suspect than the initial drawing released shortly after the killings.

“The sketch is not a photograph,” Carter said recently. “I believe the murderer will have some characteristics of both sketches. It’s only a sketch, so stay away from a narrow focus of what you see in the face.”

Police are still searching for information about a vehicle spotted parked on the day of the killings at the former CPS/DCS Welfare building in Delphi. No description of the vehicle — year, color, make or model — was released, but Carter said it was abandoned on the east side of County Road 300 North next to the Hoosier Heartland Highway between noon and 5 p.m. on Feb. 14, 2017.

Even with a still photo, video and audio, identification of the suspect has been elusive. But Carter remains hopeful.

“I can’t remember a time in my career when we’ve had a photograph, sound, movement,” he said. “We’re one step away because somebody knows who he is. Every family member would know (another) family member if they looked at their body without (looking at) their head. They would recognize the walk, the pants, the jacket, the hood — whatever that might be. Somebody’s living in fear and I wish they’d come to me or come to us.”

Delphi citizens clearly were not prepared for the intense coverage of the case. While local media cover the case throughout the year, state, national and international media up the ante each February around its anniversary.

HLN, a cable news network affiliated with CNN, recently released a series of podcasts about the case titled “Down the Hill.” In it, producers and reporters interview investigators, friends, family and others to get their personal stories related to the case. It’s a deeper dive, and tells the story from the perspective of the people involved since the day the girls went missing.

As of Feb. 11, only two podcasts have been posted. There are six more on the way. The first two are between 55 and 72 minutes and look at the time period from the day they went missing to the discovery of the bodies. In the first podcast, producers say they are not trying to solve the case; rather, they’re trying to make sense of it.

“We’re going to introduce you to the people who lived this,” reporter Barbara MacDonald says, “and some of them have never told their story before. You’re going to hear people who ... some were never asked to tell their story, and others were far too traumatized until now to be able to talk about it.”

In the wake of the murders, residents of Delphi banded together, like any other small Midwestern town, for prayer vigils, celebrations of life and fundraisers such as golf scrambles, softball tournaments — the girls’ favorite sport — motorcycle memorial rides and car shows. There is an annual food drive every Feb. 13 — the day the girls were reported missing.

Ivy Tech Community College attempted a crowdfunding effort to raise $5,000 for what it called the “Abigail Williams Memorial Scholarship,” but the project fell well short of its goal, having only raised $295.

Then there is Abby and Libby Memorial Park. Various community organizations, both local and statewide, have chipped in to help build the park that is located one mile north of Delphi at the intersection of Indiana 25 and Indiana 218. A crowdfunding effort by the L&A Park Foundation, a nonprofit group created by the girls’ families, reached its $50,000 goal last summer — 30 days ahead of schedule — and prompted the Indiana Housing and Community Development Authority to match it with $50,000 more.

The $1 million 20-acre park, which will be ADA-accessible, honors both girls’ love for sports, the outdoors, adventure, and the arts. It will have an amphitheater, picnic shelters, a multi-purpose building, concession stands, pubic restrooms, two age-appropriate playgrounds, a walking trail around the perimeter of park facilities and, of course, baseball and softball diamonds.

Lights for the diamonds were donated last year by Purdue University.

Those efforts brought praise from Carroll County Sheriff Tobe Leazenby, whose office is considered the lead investigators of the case.

“I continue to commend the girls’ families in their continuing efforts to keep the memories of Abby and Libby on the forefront within our community and our world,” he said. “Mike and Becky (Patty), Anna (Williams) and other family members are strong individuals and, along with our law enforcement team, will never give up in bringing those responsible to justice regarding this tragic event of February 13th, 2017.

“Community members also remain hopeful for resolution and support our continued efforts. Many tireless man hours have been incurred as all of us continue to search for resolution.”

Police have called the investigation “complex” as tips still roll in. Carter directly receives about two-to-three tips each week and continually urges those who may have information to reach out to him or any law enforcement officer.

Authorities encourage anyone to call the FBI tip line at (844) 459-5786, email abbyandlibbytip@cacoshrf.com, the Indiana State Police or any nearby police department.

“You can talk to any police officer in your area, and they’ll get that information to us.” Carter said. “We just want that person who has that puzzle piece to come to us.”

“Our investigators remain diligent in their continued quest for justice for Abby and Libby,” Leazenby said. “Our investigators, which still encompass our county sheriff’s detectives (Kevin Hammond and Tony Liggett), ISP detectives and FBI, continue to receive phone/email tips or leads on a daily basis and continue to evaluate and pursue those leads forwarded to us.”

Carter anticipates one day closing the case; he’s made it his personal mission.

Video obtain from Liberty German's cell phone before her death