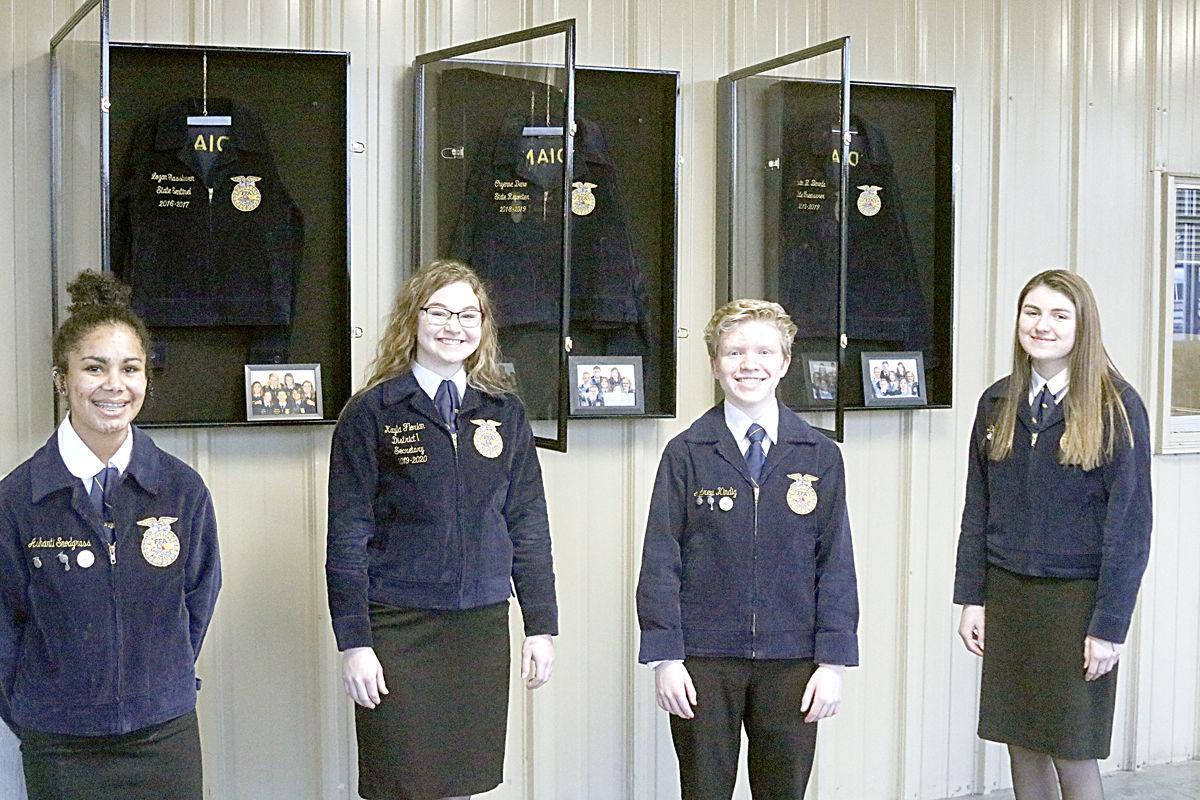 KENTLAND — Looking for a way to revitalize the hallway to the Ag classrooms as well as recognize and honor past accomplishments, South Newton’s current FFA officer team worked together to raise funds for what their members now call the South Newton FFA Archives.

The archives feature State FFA Officer jackets from all eight South Newton FFA alums who were selected to that prestigious honor. Also on Display is a State Sweetheart jacket from South Newton graduate Teresa Webster.

South Newton FFA Reporter Ashanti Snodgrass said the team was inspired to make their own archives after recently visiting the National FFA Archives.

“This is a way to recognize our history, and it is so much more than just decoration,” said Snodgrass. “I think it will serve as an inspiration to our current and future members who may want to try for state office.”

To pay for the displays, the officer team went to local businesses looking for sponsorships.

“The response was great,” said South Newton FFA President Delaney Smith. “We did not get a single no. I think the displays have raised awareness already on how such a great accomplishment it is to be a state officer.”

“I think it is cool that they are getting honored like this,” said South Newton FFA Vice President Kayla Florian. “They all worked so hard to be a state officer and to honor them this way is something I think they will appreciate.”

The South Newton FFA officers are also looking to purchase some window decals to help reduce the glare on the displays.

“This was their initiative (the South Newton FFA Officers), they took the lead and accomplished this project in less than a year,” said South Newton Ag teacher and FFA advisor Matthew Armbruster. “ For younger FFA members this project will help educate them about what FFA has to offer. It might even motivate some of them to run for state office.”