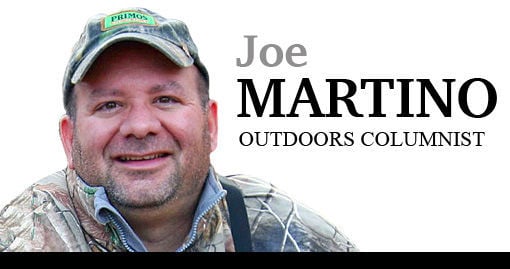 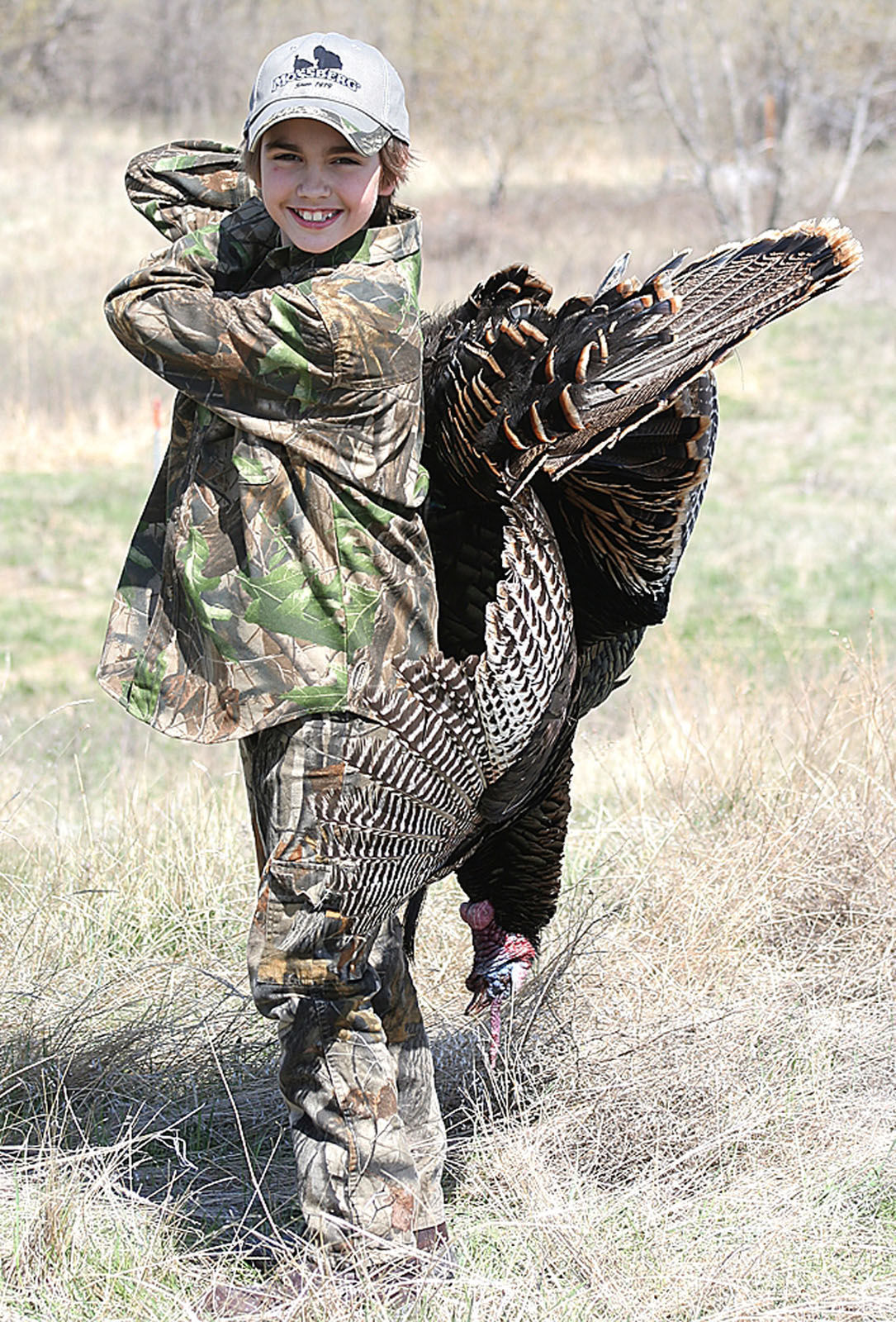 To go after a different species of bird, sometimes traveling out of state is necessary. Kim Cahalan and her son Chase ventured to South Dakota a few years ago to bag these beautiful Merriam’s gobblers.

To go after a different species of bird, sometimes traveling out of state is necessary. Kim Cahalan and her son Chase ventured to South Dakota a few years ago to bag these beautiful Merriam’s gobblers.

Die-hard turkey hunters are a passionate bunch. I’d think twice about driving six to eight hours to only deer hunt for a day or two, but I routinely drive that far to have the time to turkey hunt for a day. I have plenty of birds around the house, but if I can lengthen my season by hitting a nearby state that opens earlier or stays open later, I’m in.

With every state now offering up pretty decent hunting, here is a list of the top 12 that do it best, in my opinion. It would have been too cliché to name the top five or 10, and the list just happened to come down to a dozen. These are in no particular order since it can be somewhat subjective. One thing is for sure — in terms of accessible land, bird populations, species offered, location, timing, scenery and opportunities, this dozen does it best.

Tennessee: The Volunteer state has always been one of my favorites. Tags aren’t cheap; they set non-residents back $275. But that southern hospitality extends into the generous bag-limit. You can kill four birds in the spring season, making the price of that tag easier to swallow.

Boasting a population of over 300,000 birds, plenty of public land with a sizeable turkey population is also easy to find.

Missouri: How could I not mention Missouri in this list? When you think of THE quintessential turkey hunting granddaddy, you think of Missouri. If it were not for this state, many of us still would not have birds to hunt in our own states. Some Midwestern states like Indiana and parts of Illinois were stocked with birds trapped and relocated from the Show-Me state.

The state is also home to old-school turkey legend Ben Rodgers Lee, the founder of modern turkey hunting. Even though these things themselves deserve our respect as the nation’s capital of turkey hunting, the state is still one of the best states to chase a longbeard.

Hunting pressure is high here because this is the place that put turkey hunting on the map. Residents take their hunting seriously, and non-residents flock here too. Over 100,000 hunters kill roughly 48,000 birds a year in Missouri.

Michigan: This state makes the list mainly for a reason you may not expect — timing. The spring season runs through May 31 in the Wolverine State, and a non-resident tag is only $69. If you live within a few hours, it is so worth it.

While most states see their seasons wrap up in mid-May, Michiganders go strong for a couple more weeks. Plus, turkeys are everywhere. All areas of the lower peninsula cough up some pretty good hunting and the birds up there are big. Twenty-five-pound gobblers are not uncommon at all. They just seem stocky up there.

Michigan has a lower population than most Midwestern states at around 200,000 birds, but certain areas almost seem overrun. Four million acres of public land to chase them means room is plentiful. One-hundred four thousand hunters take about 32,000 birds each year.

Kansas: Three reasons Kansas made the list — Easterns, Rios and hybrids. In the Sunflower state you can chase them all, sometimes even in the same county. If hunting in western Kansas, though, the Rio Grande’s are the predominant quarry; they dominate the western two-thirds of the state. The hybrids are more commonly found in the north-central region of the state, while the Easterns rule the northeast section.

Rios are easier to kill than the finicky Easterns. Rios are much more likely to come to the call, so a Rio hunt can be quite refreshing during a season of banging heads against the wall with Easterns.

Florida: Like Michigan, there is primarily one reason for trekking to Florida to chase a gobbler. The Osceola. Select counties in the Sunshine state are the only place on earth you can find these long-shanked, lighter-framed versions of an Eastern. There are roughly 144,649 Osceola turkeys in existence.

Another plus for Florida? Starting early, as in early March.

Pennsylvania: A season that runs through May isn’t the only reason the Quaker State makes the cut. Pennsylvania has a deeply rooted turkey hunting tradition, too. With harvest numbers that are always near the top in the country each year, this list would be a lie if it weren’t included.

Turkey hunters mean business in this state and are out in force. Roughly 250,000 hunters hit the woods each spring and they are successful in killing nearly 36,000 gobblers.

New York: Why does New York make the list? Easy. It has phenomenal turkey hunting for one. Just as importantly, it is by far the best state on the eastern seaboard to hunt. It doesn’t jump to the front of one’s mind when thinking of top picks, largely due to location. But the Empire State churns out hunting opportunities much like the Midwest. For those in the Northeast, this is a blessing.

South Dakota: The state Dakota harbors populations of Easterns and Riosm but it is the Merriams it can thank for making this list. South Dakota may not be a best bet overall to kill one. But in the Black Hills, specifically, there just may not be a better place. Besides the impeccable scenery, this area boasts some pretty downright impressive numbers.

Success rates are higher here than any other state on this list.

Want another reason? Even though numbers can be low, a prairie area with turkeys can be pretty easy to hunt. A combination duck/pheasant hunt years ago, to me, proved that. We weren’t there for turkeys, but seeing dozens of them making their way to a tiny woodlot — the only timber around for miles — each evening roost made it pretty obvious that perhaps we should get a license and give it a shot. We did the following year and the hunt was fantastic.

Wisconsin: Depending on you ask, some devout turkey hunters may tell you Wisconsin will make the cut if you count the top states on one hand. It is good, there is no doubt. A huge population of birds and tons of public access to them are two reasons why. There are roughly 350,000 birds in the state. Depending on the area, one may find locally outstanding concentrations.

Alabama: Just as it the case with its deer, ‘Bama is loaded with turkeys — somewhere between 400,000-500,000. That’s a lot of birds. And there is ample public land to chase them around on. With these high numbers also comes high harvests, and that’s a good thing. Hunters take over 42,000 birds each year.

Nebraska: The number of birds isn’t why Nebraska made the list. At 144,000 birds, it has half or less of what other states do. But the success rate is a completely different story. Sixty-seven percent of hunters in the Cornhusker State took a bird for a ride in the back of their trucks last season — higher than any other state.

With the flock continuing to grow, expect hunter numbers to increase and success rates to drop. But this is still an emerging flock, which means opportunities will increase in coming years.

Indiana: Why? Because it’s home. It’s the place one can turkey hunt on a whim for those couple hours free after work or before a birthday party. Our state boasts some pretty darn impressive hunting, too. A true success story, our state holds pockets of tremendous opportunities. When I was a kid, turkeys simply weren’t in the northern two-thirds of the state. Now they are in nearly every county. I never thought I’d see the day I could hunt in my own back yard.

As I mentioned, good turkey hunting can be found pretty much anywhere these days. Every state has at least pockets of great hunting for one species or another. These 12 are bucket-listers, though, having forged out a reputation of being road-trip (or airfare) worthy if you love chasing longbeards in the spring. Chances are good too that at least one of them lies within easy reach.

Do you believe the February 2017 killings of Delphi teens Liberty German and Abigail Williams will ever be solved?

Variable clouds with scattered thunderstorms. A few storms may be severe. Low 52F. Winds W at 10 to 20 mph. Chance of rain 50%.

Some clouds in the morning will give way to mainly sunny skies for the afternoon. High near 70F. Winds WNW at 5 to 10 mph.