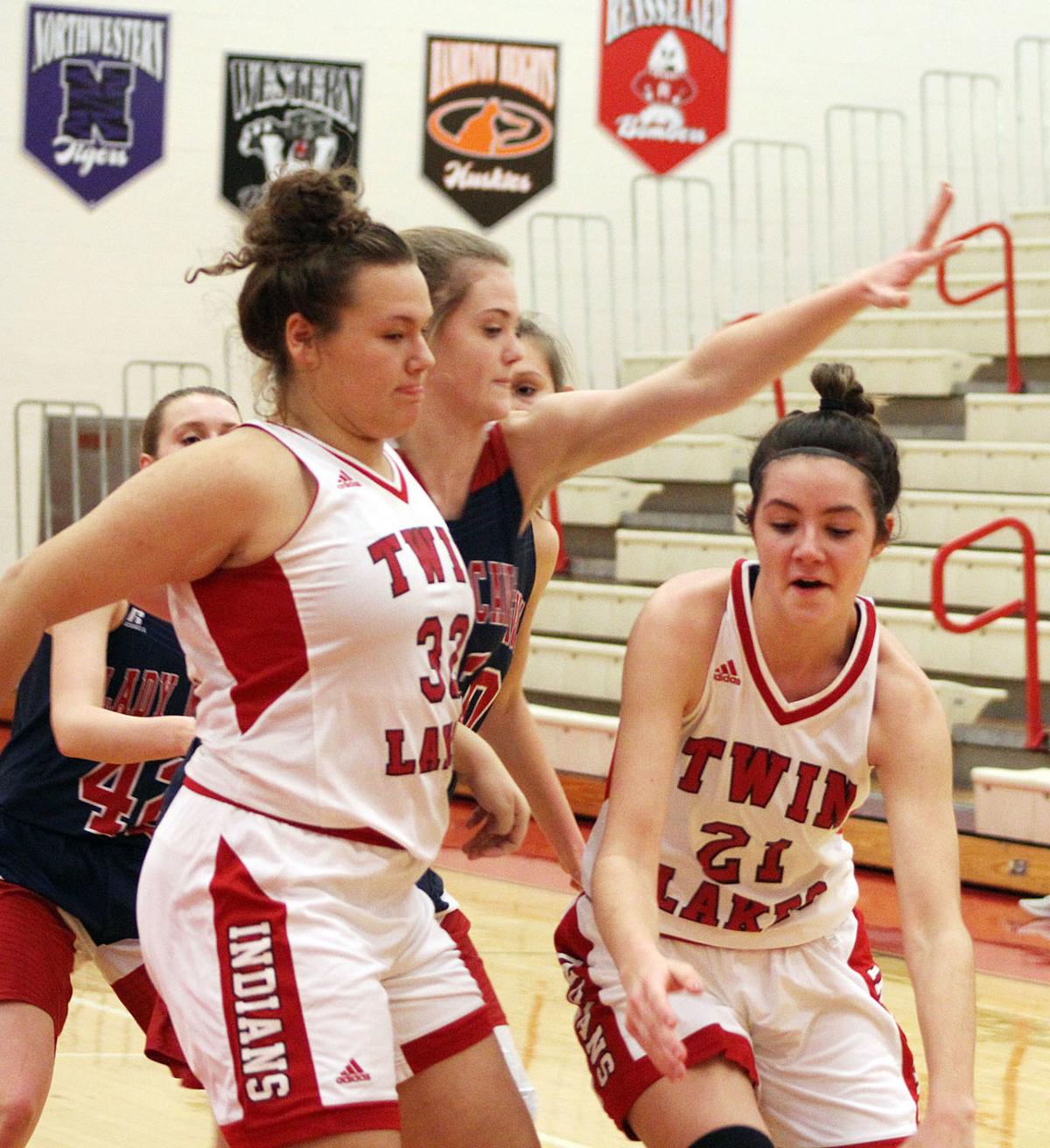 Twin Lakes’ Evelyn Scharer drives into the lane against Tri-County on Thursday in Monticello. 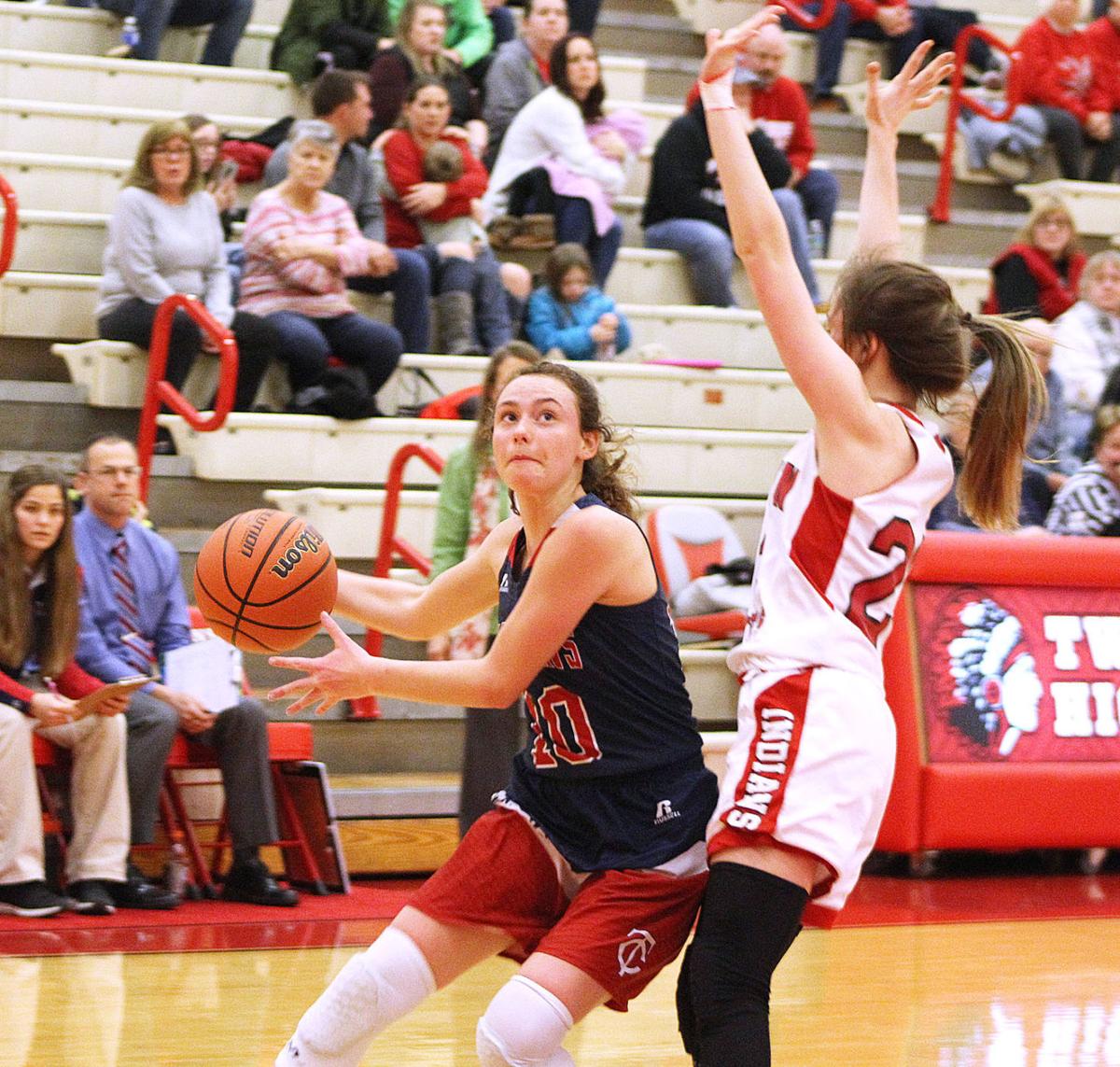 Tri-County’s Brynn Warren drives into the lane against Twin Lakes’ Addison Ward on Thursday in Monticello. 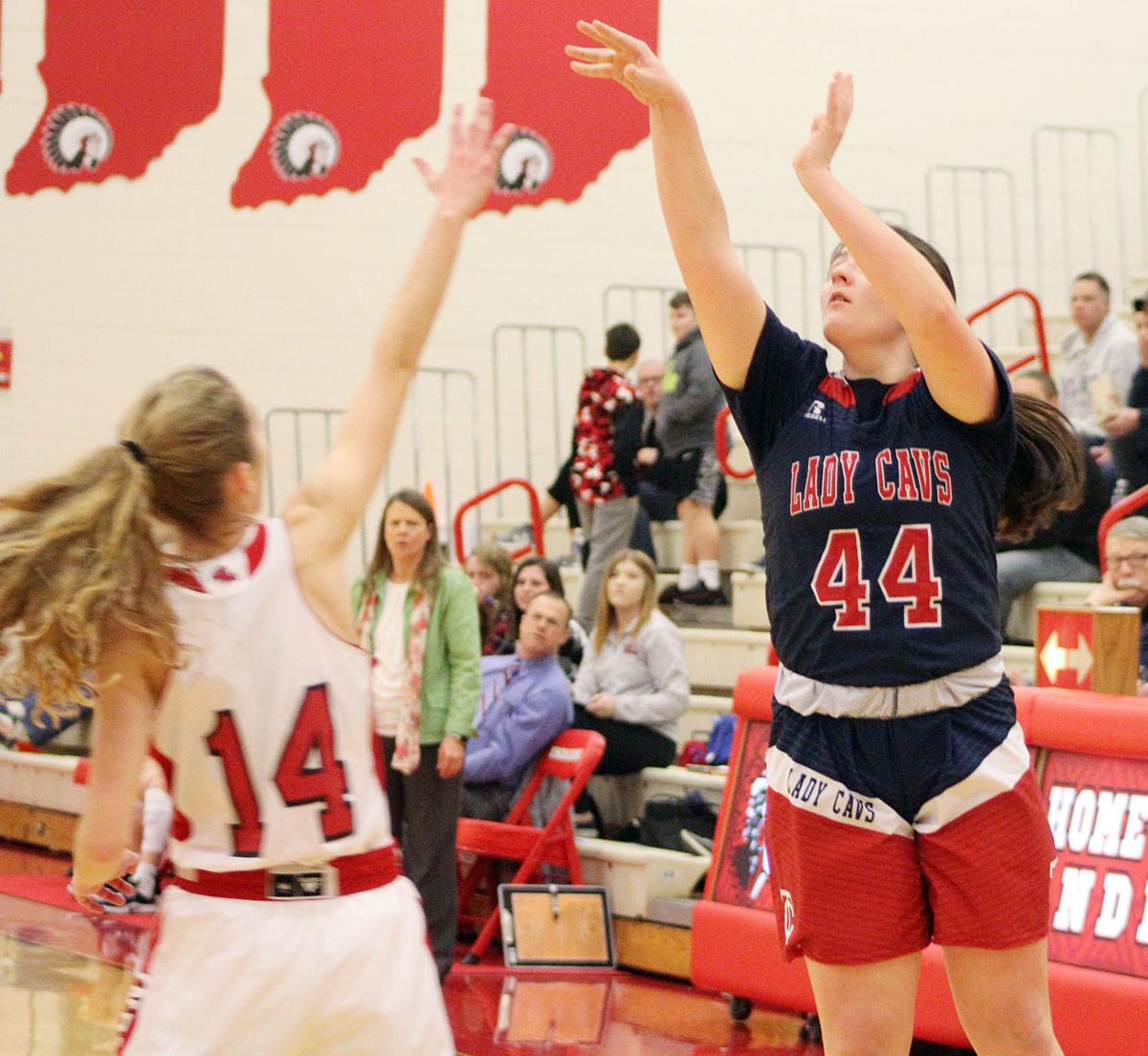 Tri-County’s Maddie Musser puts up a 3-pointer against Twin Lakes’ Hannah Hodgen on Thursday in Monticello. 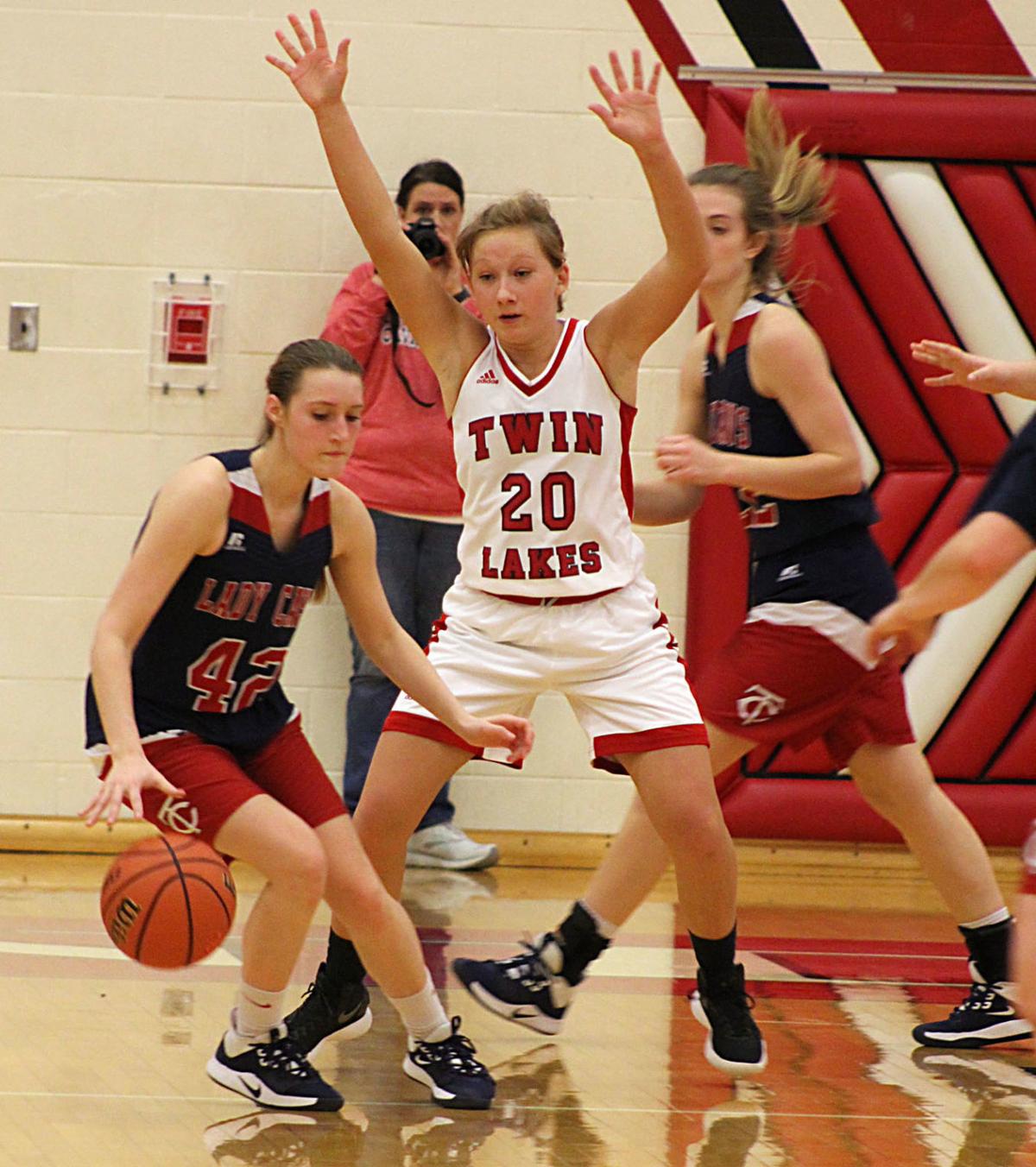 Twin Lakes’ Evelyn Scharer drives into the lane against Tri-County on Thursday in Monticello.

Tri-County’s Brynn Warren drives into the lane against Twin Lakes’ Addison Ward on Thursday in Monticello.

Tri-County’s Maddie Musser puts up a 3-pointer against Twin Lakes’ Hannah Hodgen on Thursday in Monticello.

Despite both head coaches not liking certain aspects of their team’s play on that side of the court Thursday, Twin Lakes held its together long enough to beat Tri-County, 55-47.

On the home team’s bench, Brad Bowsman wasn’t pleased his program allowed the Cavaliers (3-13) a couple handfuls worth of layups and shots in the paint. Most of those came in the second half, especially in the fourth quarter. Twin Lakes led, 41-30, after three quarters but Tri-County outscored the Indians down the stretch of the final frame.

“We gave away too many easy drives to the bucket,” Bowsman said. “We just have to do a better job of pushing (opponents) or guiding them to where we want them to go. We can’t let them get to the middle of the court, and we let it happen too often.”

Tri-County started out sinking 3-pointers to counter Twin Lakes’ Addison Ward. Ward scored 14 of the Indians’ 25 first-half points, and the Cavaliers countered with Maddie Musser nailed four 3-pointers in the first quarter and Emma Michal sank one. Her trey cut Twin Lakes’ lead to 16-11, and Musser’s fourth thinned the margin to 17-14 with 1 minute, 27 seconds left in the first quarter.

“That’s what we did, and what we can do,” head coach Missi Tyler said of sinking 3s. “Maddie had a hot hand, and she put down five of them.”

It was 19-15, after Brynn Warren split free throws for Tri-County. The Indians (9-11) jumped back ahead with an 6-0 spurt, then the visitors closed on a 5-0 stretch with a Musser 3 and an Autumn Ross layup for a 25-20 Twin Lakes halftime lead.

“We had that one look where we gave up four points uncontested,” Tyler said of cutting it to 19-14. “Once we got into that double-digit deficit (in the third), we didn’t really battle much after we had cut it back to five (at 25-20).”

The Indians opened the second half with a quick 6-2 effort — two jumpers in the lane and a Hodgen 3, then followed nearly every Tri-County score with an immediate response.

Ward ended the frame with a pair of free throws and a layup in a four-second span for a 41-30 lead. Tri-County thinned the margin to eight (50-42) with just under three minutes left, and scored five points in the final 17 seconds to pull within eight at the end.

“They had some shooters, so we went out really hard on them and then we couldn’t — we weren’t prepared for their drives,” Ward said of Tri-County’s early 3s and how it affected the home team’s defense.

Tyler noted her team had “no answer” for Ward. She hit 6-of-13 shots and 14-of-17 free throws, and added six rebounds, six steals and four assists.

“We tried a few different sets and positions, and we just couldn’t contain her,” the Cavaliers’ coach added.

Both teams hit 17 shots, but it was Twin Lakes’ ability to get to the line — Ward’s production led to a 16 for 22 scoreline — that was the difference. Tri-County took 17 foul shots, missing 10.

Musser netted 17 on five 3s and Warren chipped in 11. Both blocked a shot; Musser added a steal and Warren accumulated three assists. Ross contributed eight points, 10 rebounds and a block.

Said Hodgen of the defensive effort, “We just have to be quicker. Once they move the ball, we have to get out on shooters. If they pass, we immediately have to get back into help defense.”