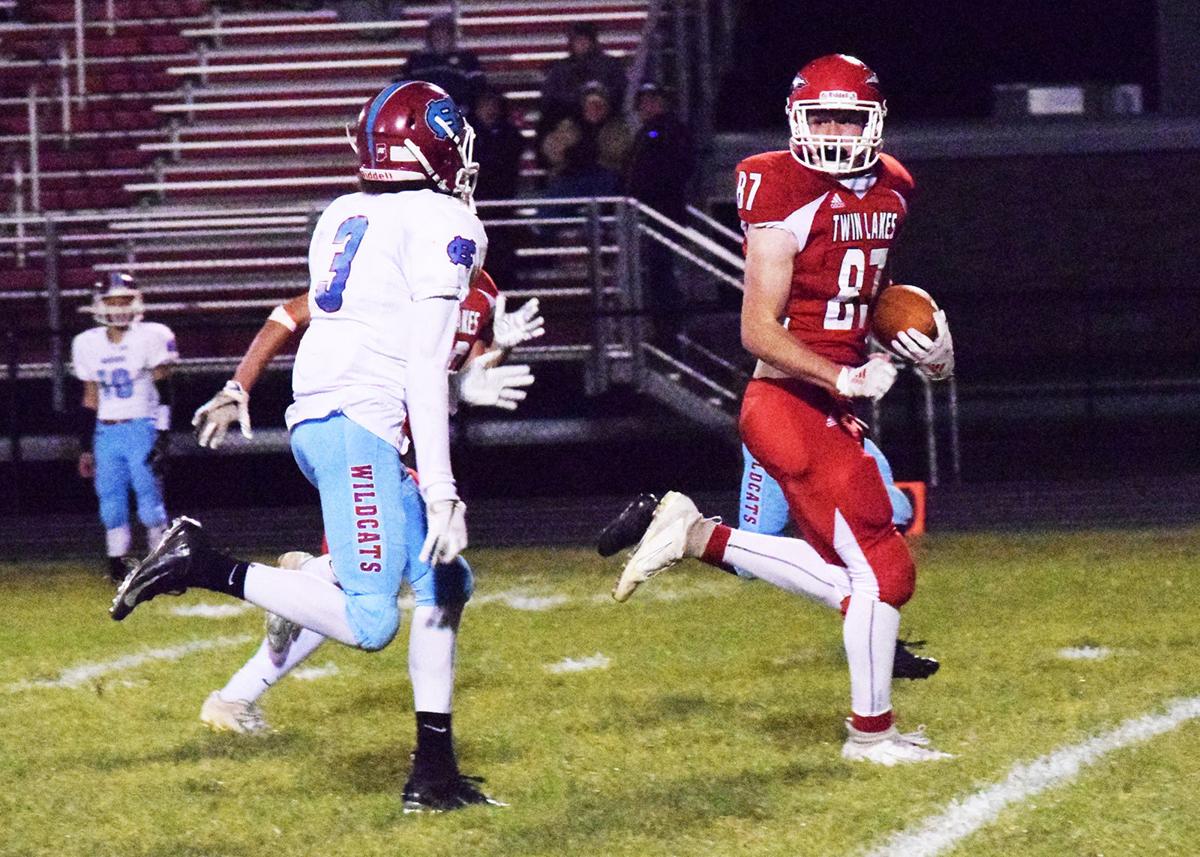 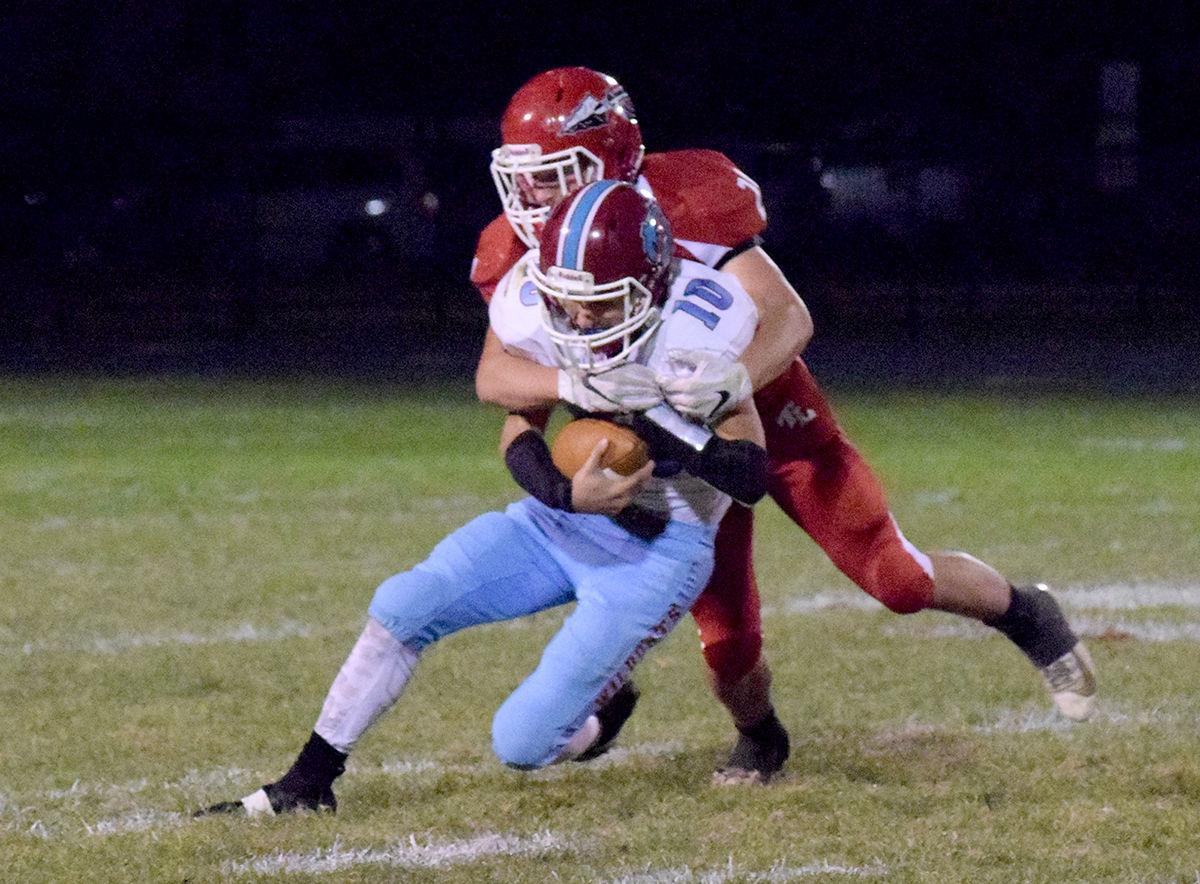 Hanover Central entered the game three games above .500 and had won five of its last six games coming into the Sectional 25 opener of Sectional 25 against a sub-.500 Twin Lakes.

But the Indians had a weapon the Wildcats hadn’t seen and couldn’t simulate – the Wing-T offense.

“It’s easy calling plays in a game like this, but we ran one formation tonight and we have been working on those six plays since Team Camp at Taylor in July,” Twin Lakes head coach Scott Mannering said. “Our offense works if we execute it, especially when we get an opponent that hasn’t seen it.”

The Indians (4-6) compiled video game-like statistics in the victory:

* 298 yards passing on 10-of-11 throwing from quarterback Danny Bennett. Bennett had four TD passes and scored on a QB sneak.

“That’s the story right there. Coach Mannering is a master of the Wing-T offense. They ran it inside and outside. It really didn’t matter what we tried defensively,” Hanover Central head coach Brian Parker said. “We just didn’t bring our best efforts and didn’t do a good enough job slowing them down offensively.”

According to Mannering, the Indians offense confused the Wildcats.

“It was an advantage for us that we run a system that they haven’t seen. We executed well, finished drives and kept ahead of them all game,” the Twin Lakes head coach added. “I think we ran something, after looking at the films of teams in the northern part of the state, that they haven’t seen, and we are doing something different than what they are used to.

“When we play teams in our conference, they have a book on us and know what works and how to defend us. Hanover Central didn’t.”

“Bennett had an outstanding game and we finally got (Jace) Stoops free for some big throws, but when they tried to take one aspect away, we were able to counter on something else,” he said.

The Twin Lakes quarterback felt plays were open as the Indians came to the line-of-scrimmage.

“We were confident in ourselves offensively. There were certain plays that we could tell coming out of the huddle were going to work as we came to the line of scrimmage against their fronts. We were right a lot tonight,” Bennett said.

Cloudy with snow showers mainly during the morning. Some mixed winter precipitation possible. High 36F. Winds SSE at 5 to 10 mph. Chance of snow 40%.