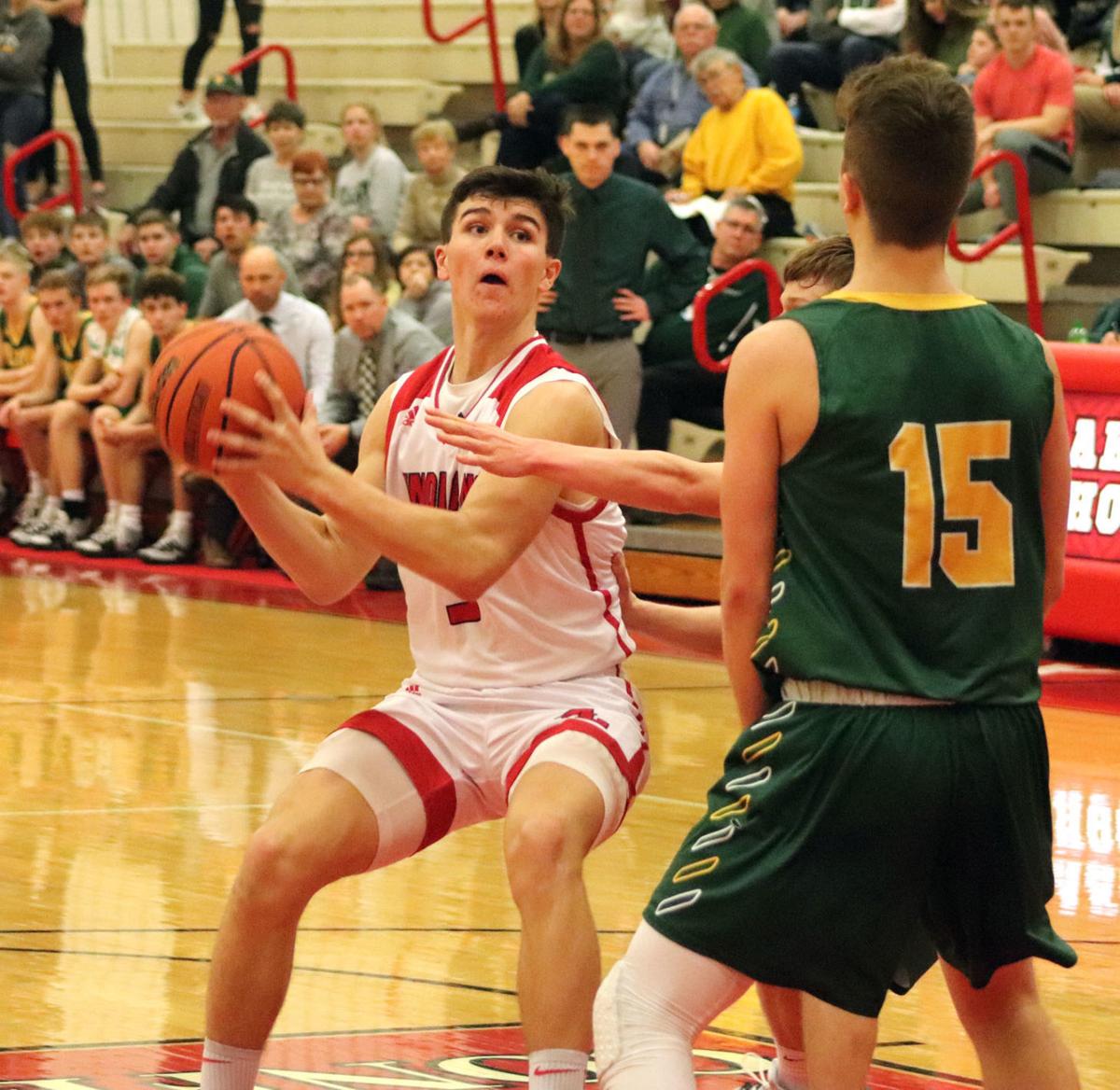 Twin Lakes’ Caden Harker looks for a teammate during a Hoosier Conference game against Benton Central on Friday in Monticello. 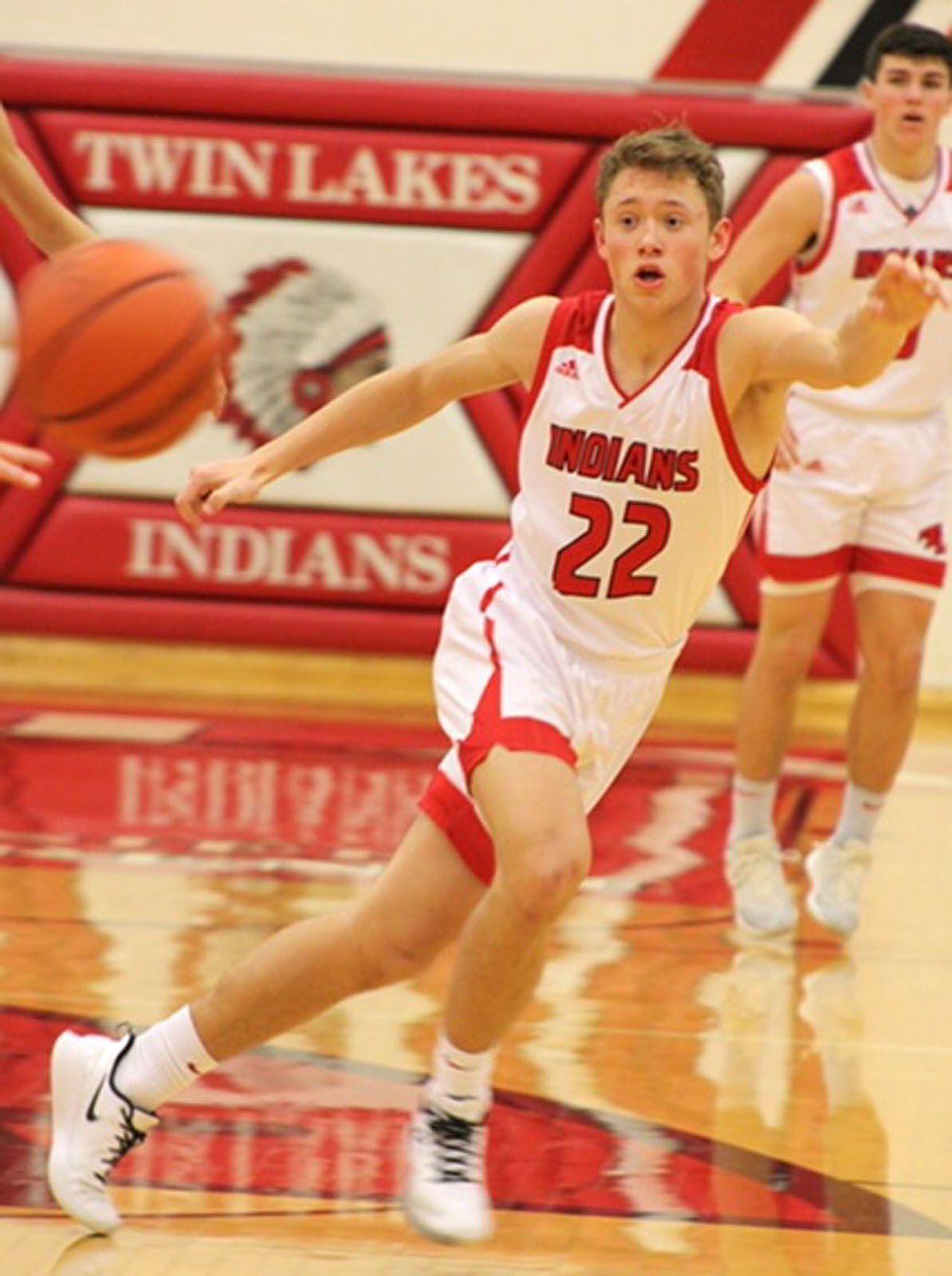 Twin Lakes’ Caden Harker looks for a teammate during a Hoosier Conference game against Benton Central on Friday in Monticello.

It ain’t over till it’s over.

Yogi Berra’s beloved phrase reared its head Friday night in the final stanza of the Twin Lakes-Benton Central game. In the end, even with somewhat still shaky play in the final minute, the Indians held on for a 48-41 win.

“To be honest, I’m glad we could react positively in a close game,” Twin Lakes head coach Kent Adams said. “We haven’t had very many close games where we’ve come out on top, so that’s a plus.”

Twin Lakes (7-5, 2-0 Hoosier Conference) has only played five games within an 11-point margin, and is 2-3 in those games. The only other win was an 11-point win against the Bison at the Franciscan Health Hoops Classic earlier this season.

Carson Gutwein’s reverse layup off a backdoor cut Friday gave Twin Lakes a 13-point lead two and a half minutes into the fourth quarter. Fast-forward to the 1:15 mark, and Luke Lambeck hit 2-of-3 free throws to whittle the deficit to four points at 42-38 and close a 10-0 run.

Another three-point play, this time from Kolten Rider, chopped the Indians’ lead to 43-41 with 48 seconds remaining.

Th0e home team played keep-away until Brayden Houser sank a pair from the line. Eleven seconds later Jace Stoops split a pair for a 46-41 advantage, and Caden Harker sank another pair with 16 seconds left for the final tally.

Twin Lakes hit went 6 for 8 from the line in the final minute.

“We cut it down, had a shot there,” Benton Central head coach Zac Rea said of the final couple minutes. “They just hit their free throws when we got it down — they didn’t start making them again until we got it down to (four), and they decided they were going to make them again. But they’re obviously a good team.”

Adams pointed to a three different 1-and-1 attempts as being crucial to the visitors’ comeback. Benton Central (2-9, 0-2) pulled within 41-34, and the Indians sank just one of six potential free throws in a minute and a half as the Bison crept closer.

“We missed some free throws there (toward the end), but overall … we were 9 of 14,” Adams said. “Not terrible, but we missed three 1-and-1s that could have been six potential points in that stretch. They came back and kept cutting the lead.”

Benton Central’s plan from the opening tip was to slow the game down, evidenced by a halftime score (21-20) and 24-minute output of 55 combined points. Both broke double digits in just one frame. The Bison scored 11 in the first, and the Indians scored 12 in the second, which was a combination of pace and relatively poor shooting (Benton Central shot 31 percent, Twin Lakes shot 44 percent).

“Our goal was to slow the game down, take away a few of the things they like to do away,” Rea said. “And not turn the ball over — they are so good at steals and creating opportunities off turnovers. I thought we executed great (with all of it) until late in the third. That was the difference in the game.”

The Indians saw the gameplan before, albeit to different results. Rensselaer Central tried the concept in an 85-36 Indians win on Dec. 14.

“For the most part, what (BC’s plan) affected was our offense and much as anything. They tried a triangle-and-two defense … it just took awhile (to get going),” Adams said. “Thank goodness we’ve got a lot of options; we tried many of them and we just told the kids at halftime, ‘We’re looking for pieces here that will be successful and figure it out.’

“Our assistant coaches make recommendations on substitutions … and they got some guys in the game that really worked together well, especially in the third quarter when we scored under the basket (on cutters hitting multiple reverse layups). It was ‘boom, boom, boom.’”

“I told them before (Friday’s game), ‘If we don’t play well this game, you don’t have another game to make it up.’ I don’t know if that affected their thinking,” Adams said of playing Benton Central again, and his team’s current schedule of a game a week until Jan. 31.

Cloudy with snow showers mainly during the morning. High around 35F. Winds SSE at 5 to 10 mph. Chance of snow 40%.