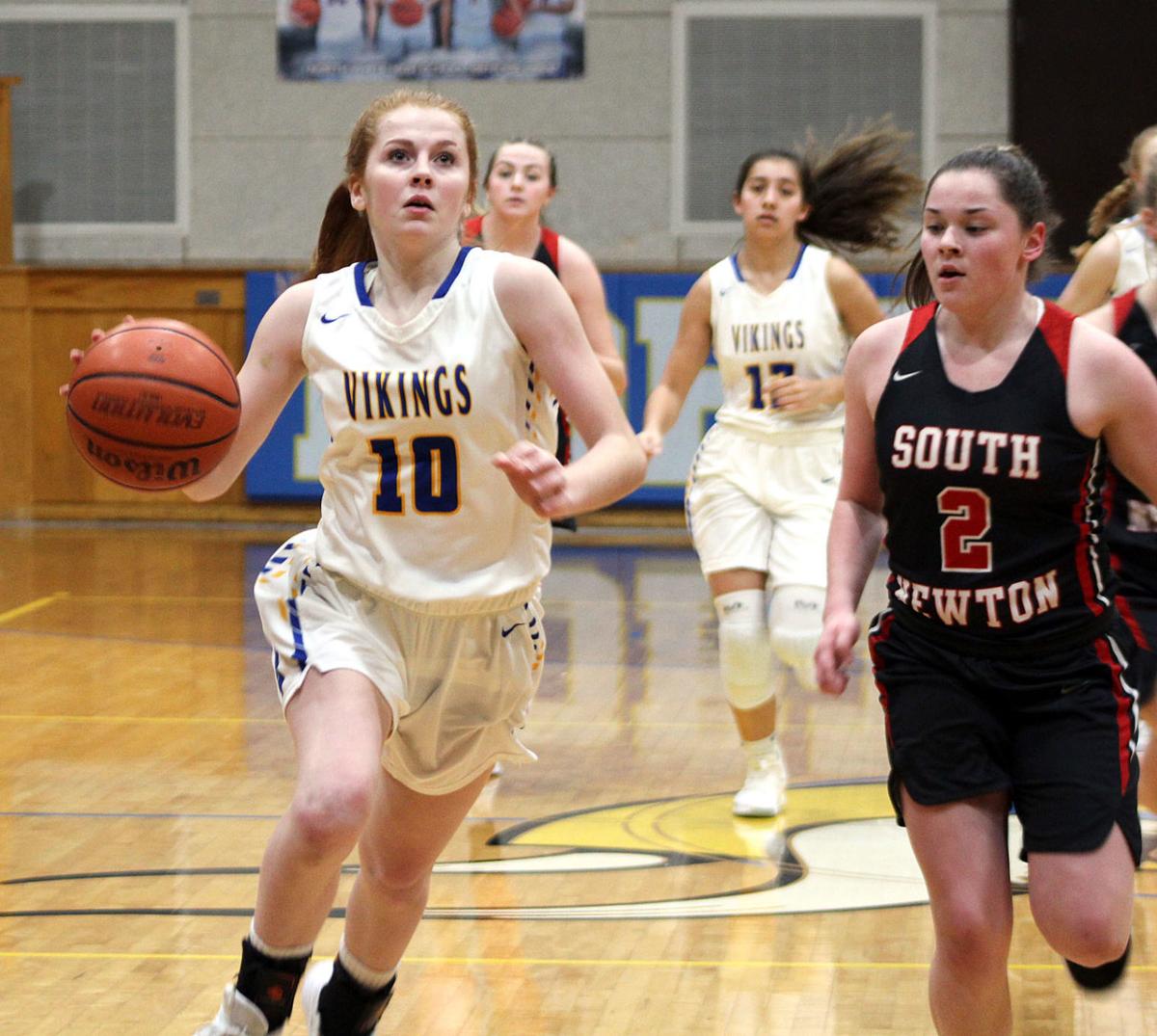 North White’s Abigale Spry drives into the lane during a Midwest Conference game against South Newton on Saturday in Monon. 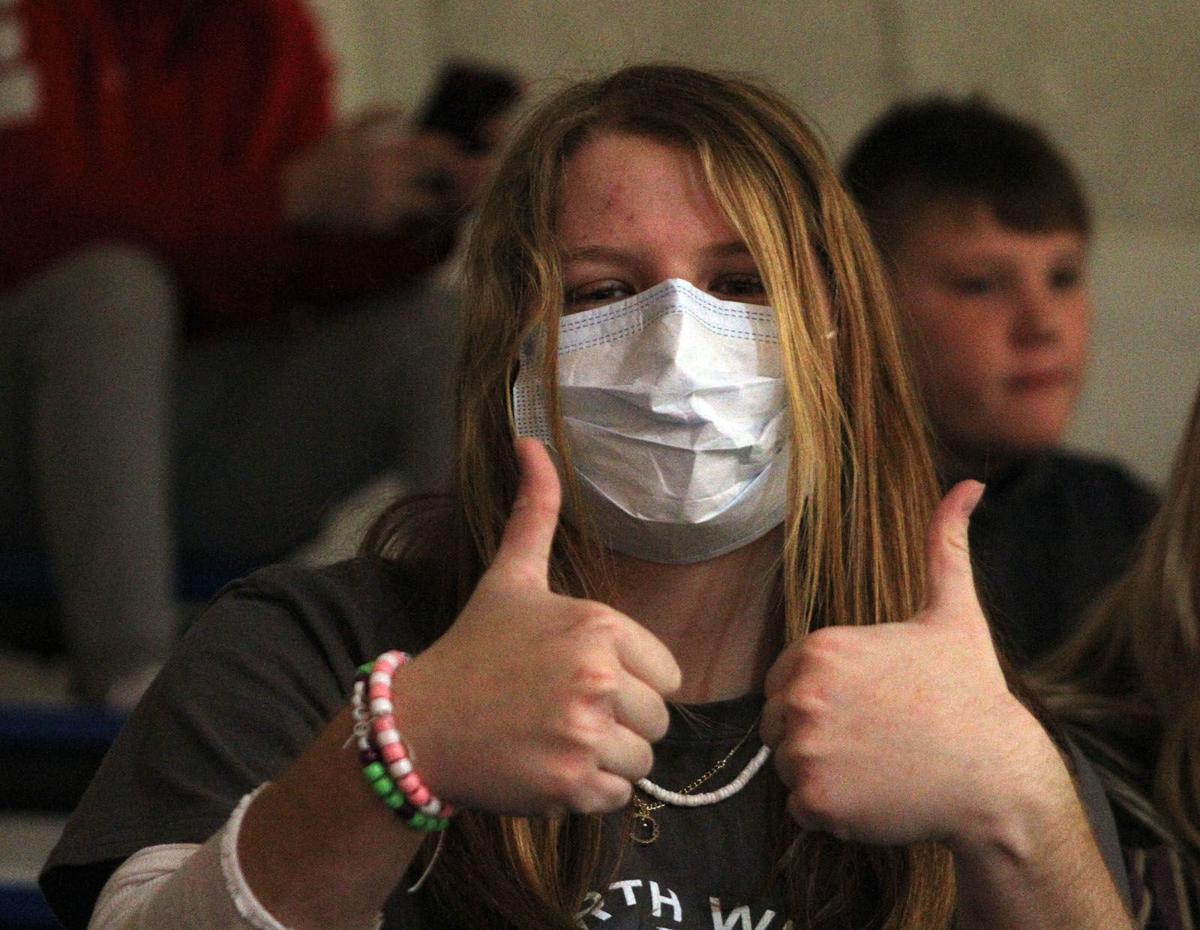 North White student-athlete Caitlyn Conn gives a thumbs up on Saturday in Monon. Conn is currently fighting Acute Promyelocytic leukemia and came back home for a few days. 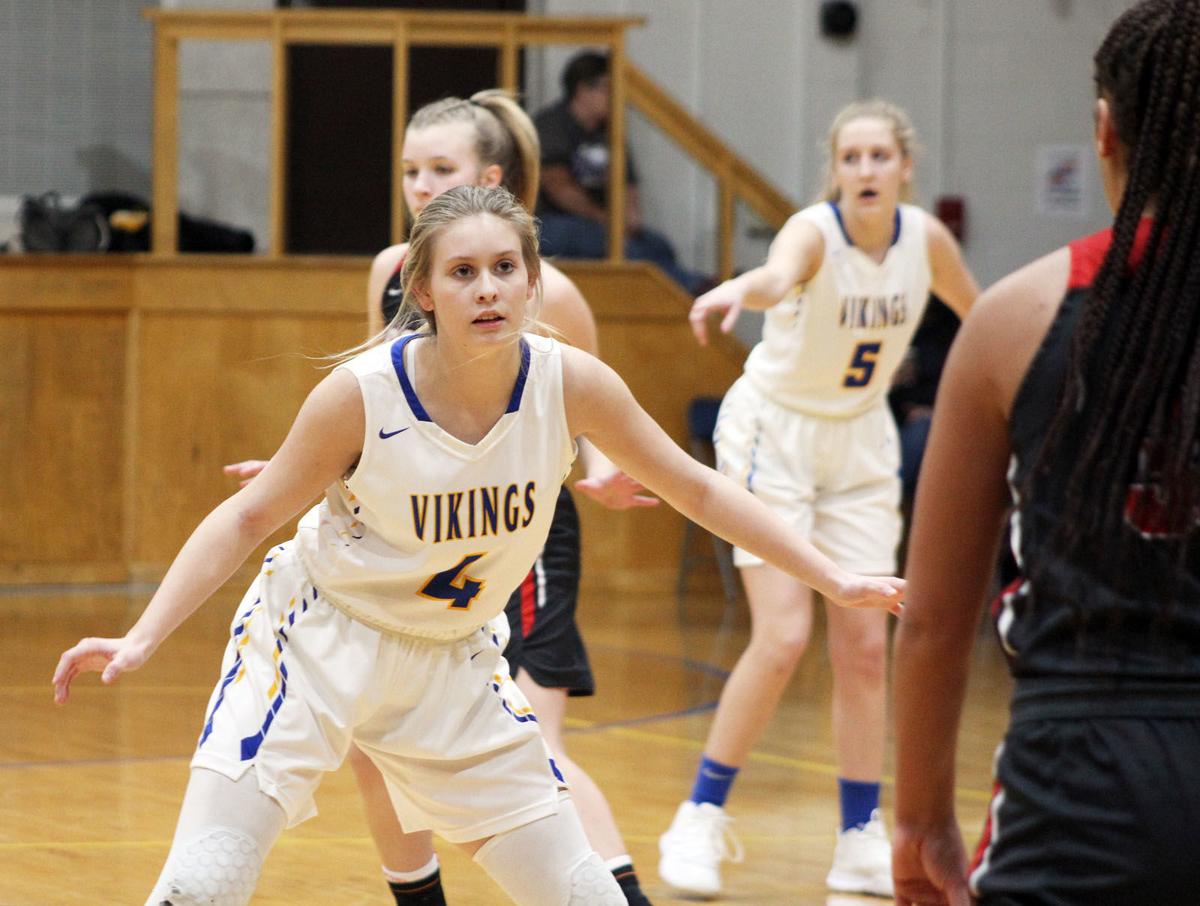 North White’s Hannah Cosgray sets up to defend during a Midwest Conference game against South Newton on Saturday in Monon.

North White’s Abigale Spry drives into the lane during a Midwest Conference game against South Newton on Saturday in Monon.

North White student-athlete Caitlyn Conn gives a thumbs up on Saturday in Monon. Conn is currently fighting Acute Promyelocytic leukemia and came back home for a few days.

North White’s Hannah Cosgray sets up to defend during a Midwest Conference game against South Newton on Saturday in Monon.

MONON — Nothing seemingly felt right. Then it did.

Then it did, only because the game was over.

“It was a slow-starting game, and then they went on that run,” South Newton head coach Joseph Keller said. “Even during that time, I thought we played pretty well.”

Counterpart Bryan Heimlich felt his team missed too many layups or looks at the rim. The Vikings missed too many shots in general, shooting 25 percent on a night Maci Heimlich was inducted into the school’s Hall of Fame.

They compiled short spurts of 4-0 to open the second quarter, and Abigale Spry’s 4-0 run later in the frame. Spry added two free throws for a personal 6-0 run, but those foul shots came nearly two minutes after her 3-pointer for a 17-3 advantage.

“We didn’t really have a (good) start to get us going, or a shot to get us going. We kept missing layups, couldn’t finish. But we finally got some in,” she said. “That’s what we mainly practice on, going up strong and finishing.

“Tonight I think we thought we were going to get them from the get-go, and we didn’t.”

It was 21-6 at halftime and the home team added 12 points in the third as Conn, who is battling Acute Promyelocytic leukemia, watched from the stands as part of a 10-day respite from her treatment at Peyton Manning’s Children’s Hospital in Indianapolis.

“Once we got going, I thought defensively we played pretty well,” coach Heimlich said. “Offensively, it would have gone a little better if we just hit some layups. We missed a lot of layups (in the first half) and that’s what we talked about at halftime. We need to be able to finish around the rim. That was a big thing.”

Lea Conrad hit a jumper 34 seconds later, and Whaley scored again on the next possession for a 37-17 score. Alexxys Standish put in the game’s final points with a little more than three minutes left. Whaley scored eight points, while Standish chipped in six and Conrad added five.

“We didn’t hit enough shots, obviously, and had a few silly turnovers,” Keller said. “But we played well defensively, I thought, for the situation, especially early.”

Spry led the home team with 10, and Lynzi Heimlich contributed nine as the duo equaled the Rebels’ scoring. Heimlich and Marissa Benitez each grabbed seven rebounds, and Spry led a 20-steal effort by North White with seven thefts. Benitez and Hannah Cosgray each collected three steals.

“The one thing I’d like to see us do a little more is get on the floor,” coach Heimlich said. “Loose balls, we’ve been talking about that, working on that the last couple weeks.

“A couple shots they hit, I thought we had a chance to get on the floor, maybe tie it up or make something happen. A month from now, we don’t want that to be a reason we lose a game, because we don’t get on a loose ball. Hopefully we start doing that.”

A mix of clouds and sun. High 91F. Winds light and variable.