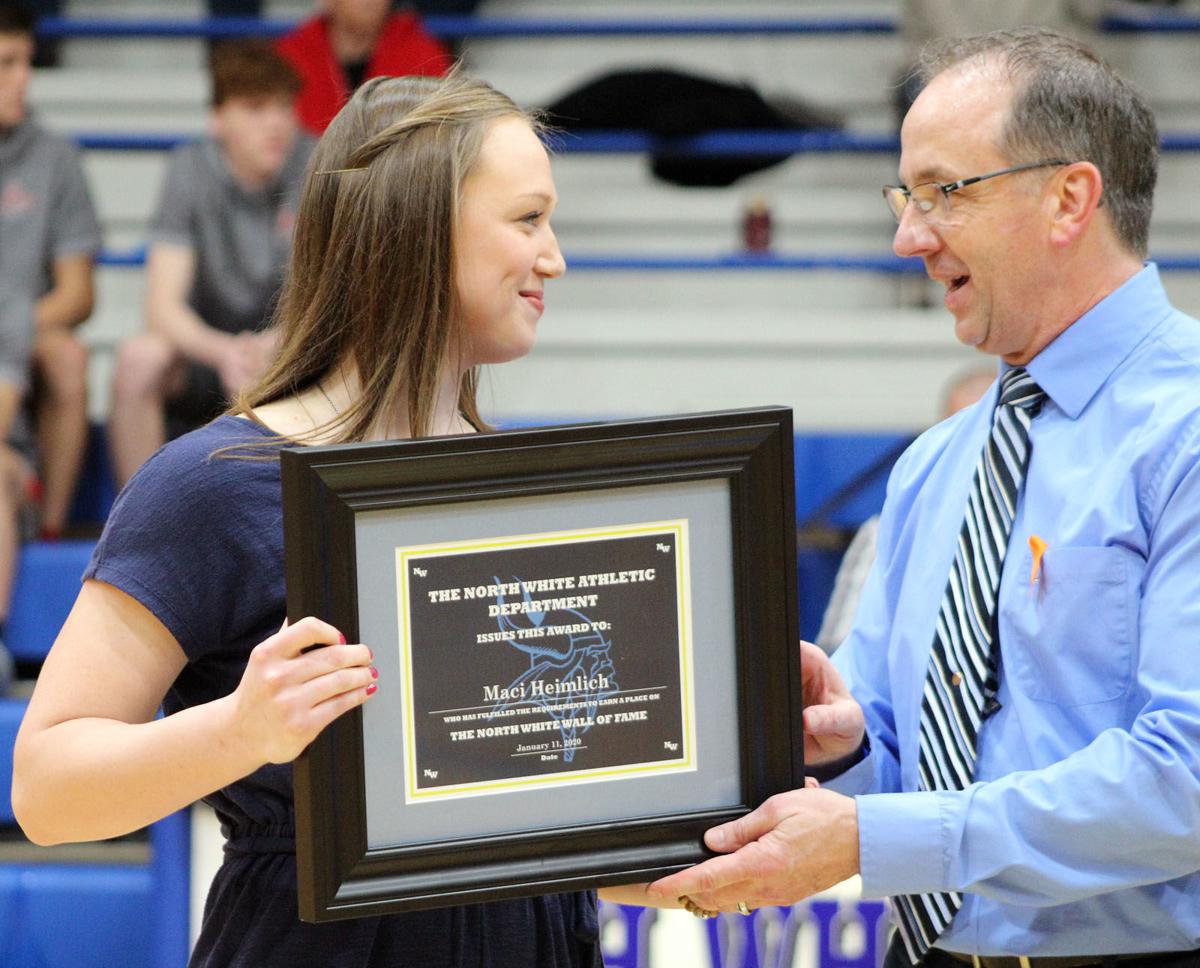 North White alumna Maci Heimlich accepts her Wall of Fame plaque from Athletic Director Mark Woodcock during a ceremony to honor Heimlich between basketball games against South Newton on Saturday in Monon. 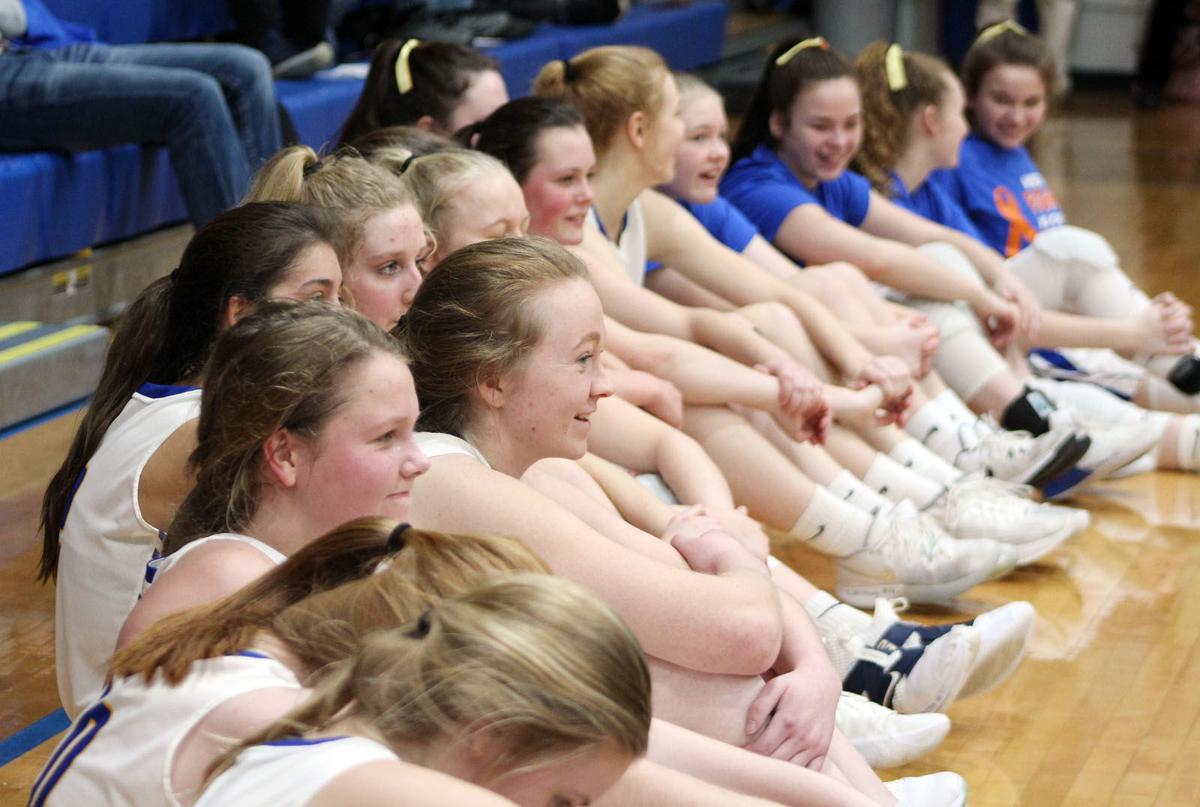 North White’s girls basketball team watches as alumna Maci Heimlich accepts her Wall of Fame plaque during a ceremony between basketball games against South Newton on Saturday in Monon. 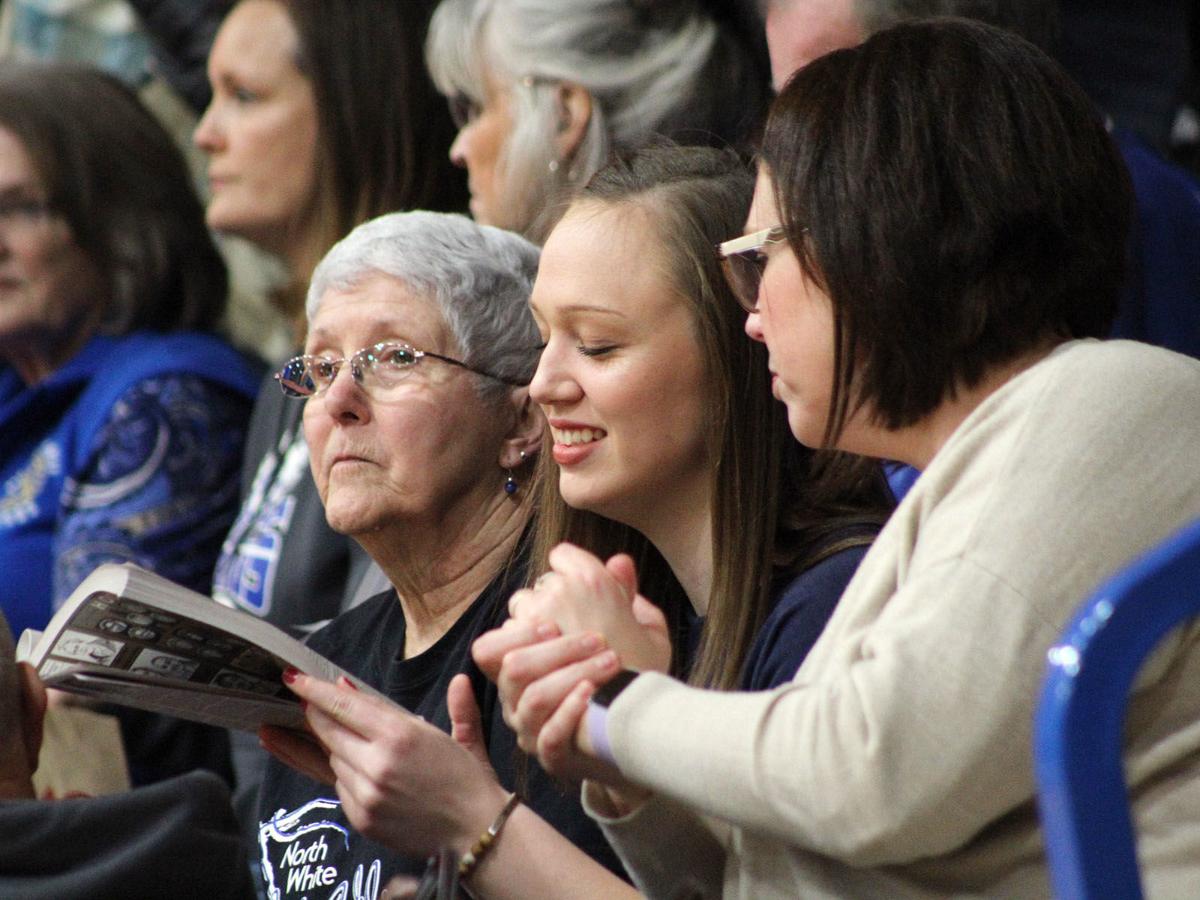 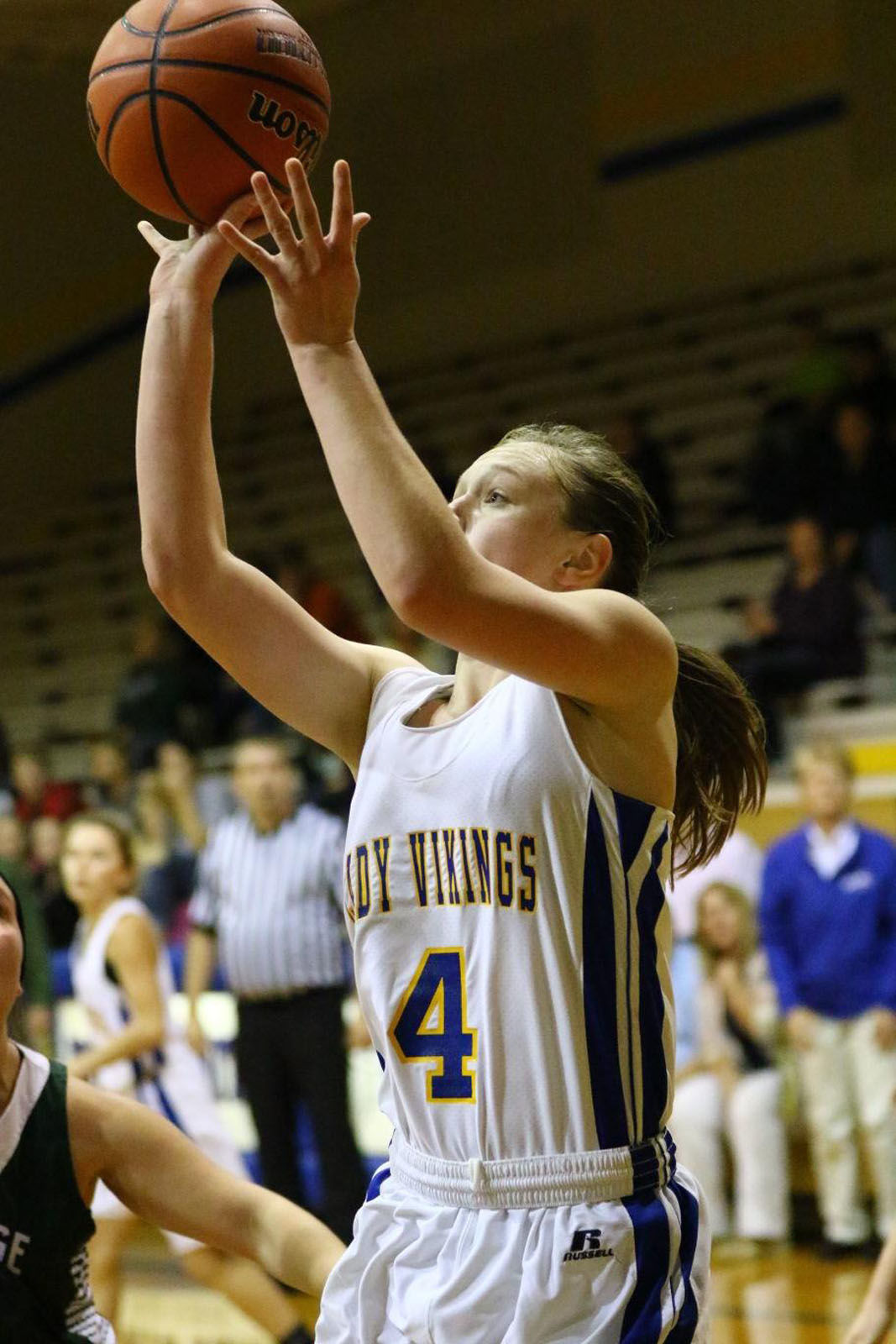 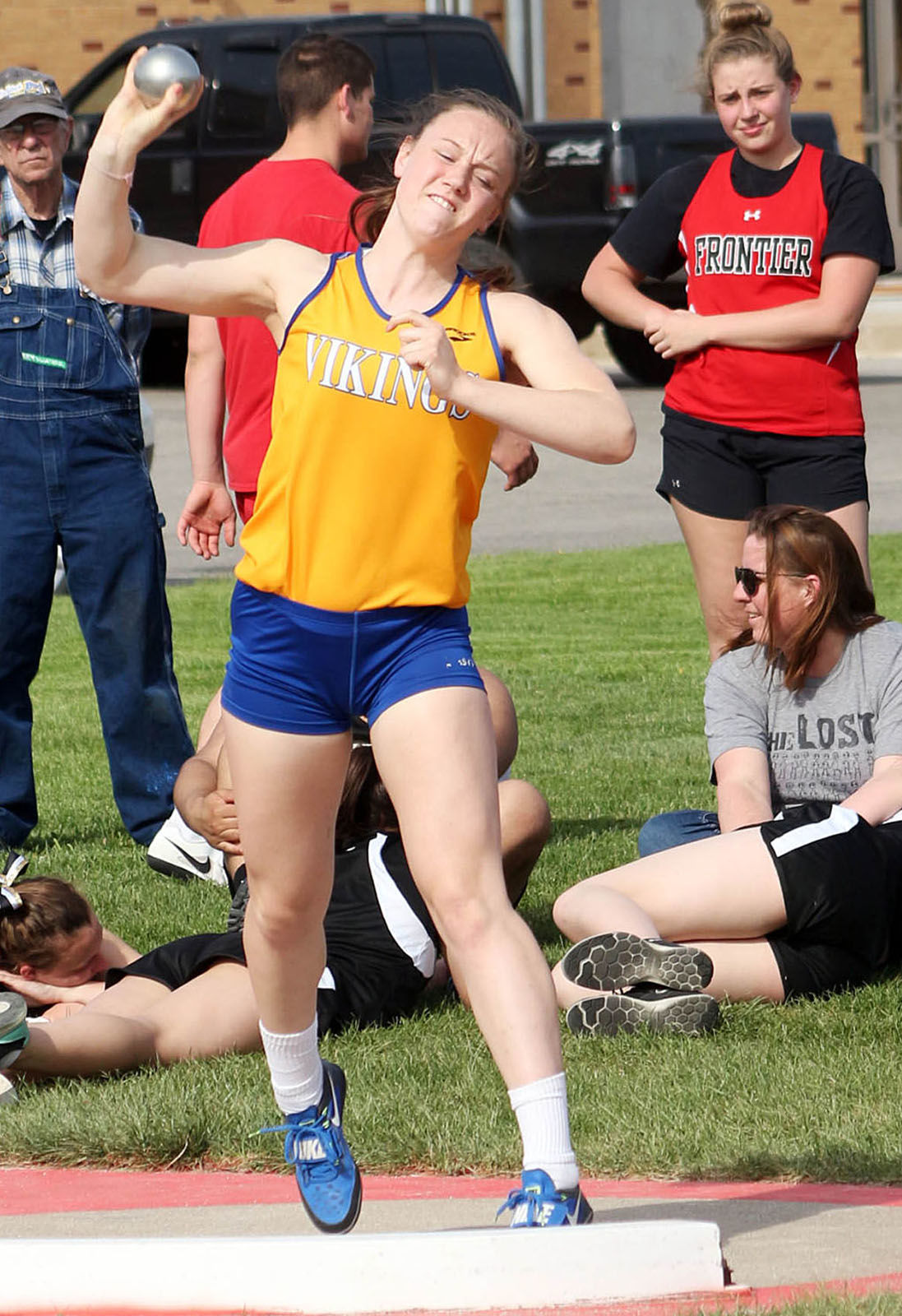 North White alumna Maci Heimlich accepts her Wall of Fame plaque from Athletic Director Mark Woodcock during a ceremony to honor Heimlich between basketball games against South Newton on Saturday in Monon.

North White’s girls basketball team watches as alumna Maci Heimlich accepts her Wall of Fame plaque during a ceremony between basketball games against South Newton on Saturday in Monon.

Too young, even, to think about an Indiana high school sectional final, much less her fourth consecutive sectional championship game.

She’s just there. Present in the moment, dribbling a basketball on a concrete slab as Bryan, her father, stands in a semi-defensive stance. Or in another, trying to take the ball as he dribbles on the same piece of concrete.

Accolades are myriad when it comes to Heimlich’s prep resume, which added its headline Saturday night — induction into the North White Hall of Fame. Heimlich was the lone inductee, and went in as father Bryan and younger sister Lynzi — both still part of the Vikings’ program — looked on between games of a Vikings-South Newton doubleheader

“I don’t really think about (the accolades) as much,” she said. “I think about just how much fun it all was, being with the people I was with and the fun we had. That’s what I look back on more — those memories, the funny stuff that happened.”

Heimlich came home shortly after her Pilots fell, 71-62, at Huntington earlier in the afternoon. She’s averaging 12.1 points and 1.88 assists as a sophomore while leading Bethel in 3-pointers taken (102) and made (42).

“I think it’s cool, too. I try to come back when I can, anyway, because of my dad and my sister,” Heimlich said. “But I also like seeing all my teachers, former teammates, other coaches that helped me get to where I am today. Seeing them there cheering me on, I want to tell all of them, ‘You helped me get there. It’s not all my award.’”

Heimlich holds 10 Vikings basketball records — two are single-game marks, three are season marks and five are career-best marks. She is the school’s assists leader in a career (615), season (180) and game (16), and the program’s leader for 3-pointer made in a game (nine), season (67) and career (189). Heimlich has the single-season benchmark for free throws made (120), and career leader in steals (309), free-throw percentage (72) and free-throws made (369).

She also starred as a thrower, qualifying for state in the discus in 2017 and 2018 and placing third at state in 2018. Heimlich holds the school discus record (136 feet, 11 inches) and won a shot put sectional title alongside two discus sectional wins.

“She worked really hard at it from the time she was young,” Bryan said. “I’m just really proud of her.”

Bryan coached Maci most of her prep career, either as head basketball coach or a member of the track and field staff.

“It was a great opportunity for me to coach her; we had a lot of fun together,” Bryan said of the mid-2010s. “A lot of good basketball games, memories. Not only in basketball, but she had a great career in track, too.”

Exceptional work in both sports nearly led down a different path.

“It was something she contemplated,” Bryan said of Maci throwing in college. “She had some opportunities to go throw places.

“But (basketball) is something she worked hard for from a small age, and was always outside shooting. That’s always been her go-to, to go out and shoot. It’s her first love.”

Heimlich laughed when recalling having to choose.

“Ultimately, it came down to just — I grew up always wanting to be a college basketball player,” she said. “That’s what I remember my dad saying — ‘This was your dream. Why wouldn’t you follow it?’ I wasn’t always keen on it at first, but now I know I wouldn’t have picked anything else.”

The Pilots’ guard also gave her father every assist imaginable for her growth into a college basketball player. As a father and a coach, Bryan was always there. When Bryan coached North White’s boys as Maci grew up, she was usually on road trips with the program.

“He’d always let me go with him and just grow my game and learn from it with them. “I think it makes it cooler that he was part of it, too. I’m always going to have my dad there as my coach. That makes it that much more memorable.”

Mainly cloudy with snow showers around in the morning. Some mixed winter precipitation possible. High near 35F. Winds SSE at 5 to 10 mph. Chance of snow 40%.