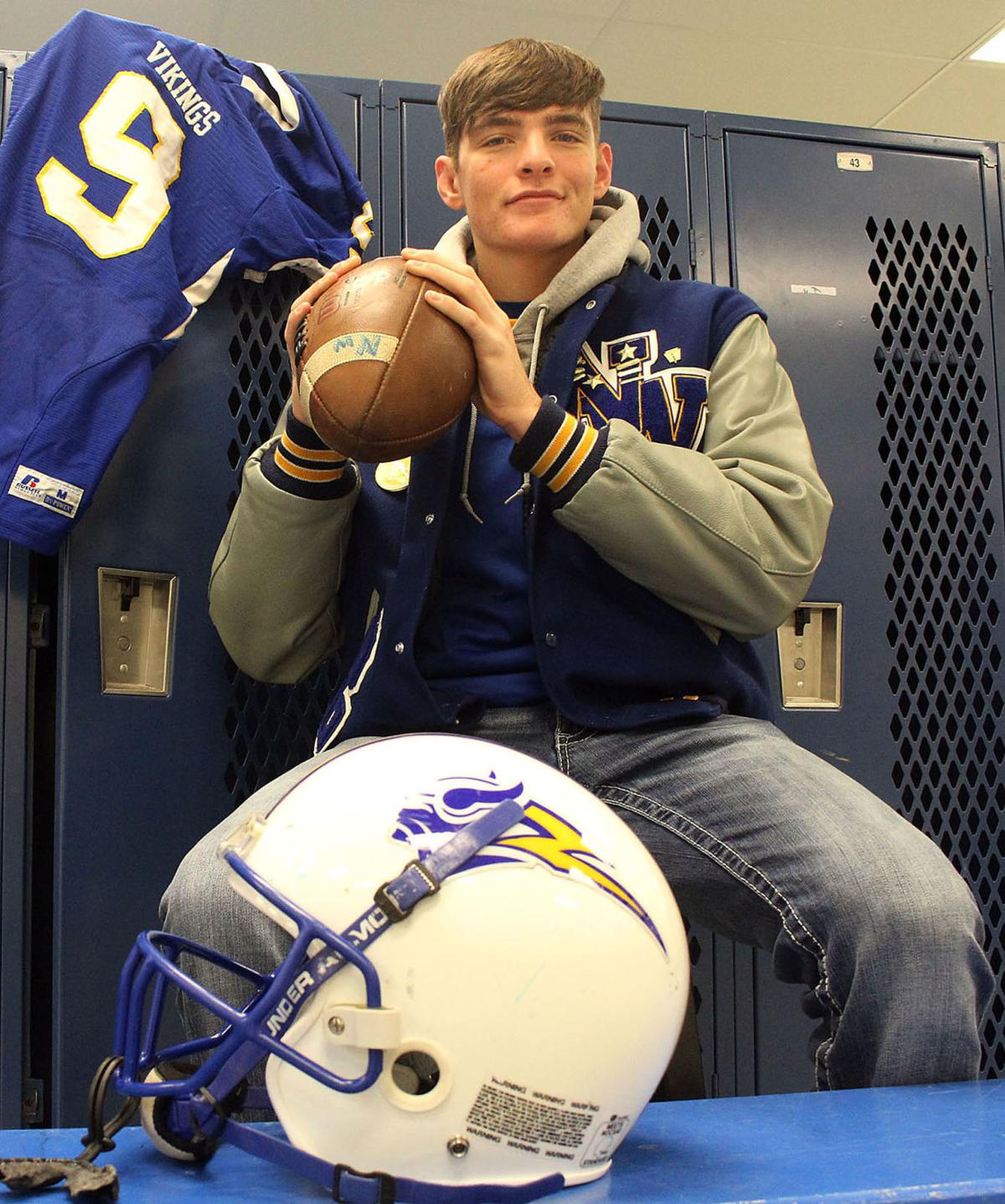 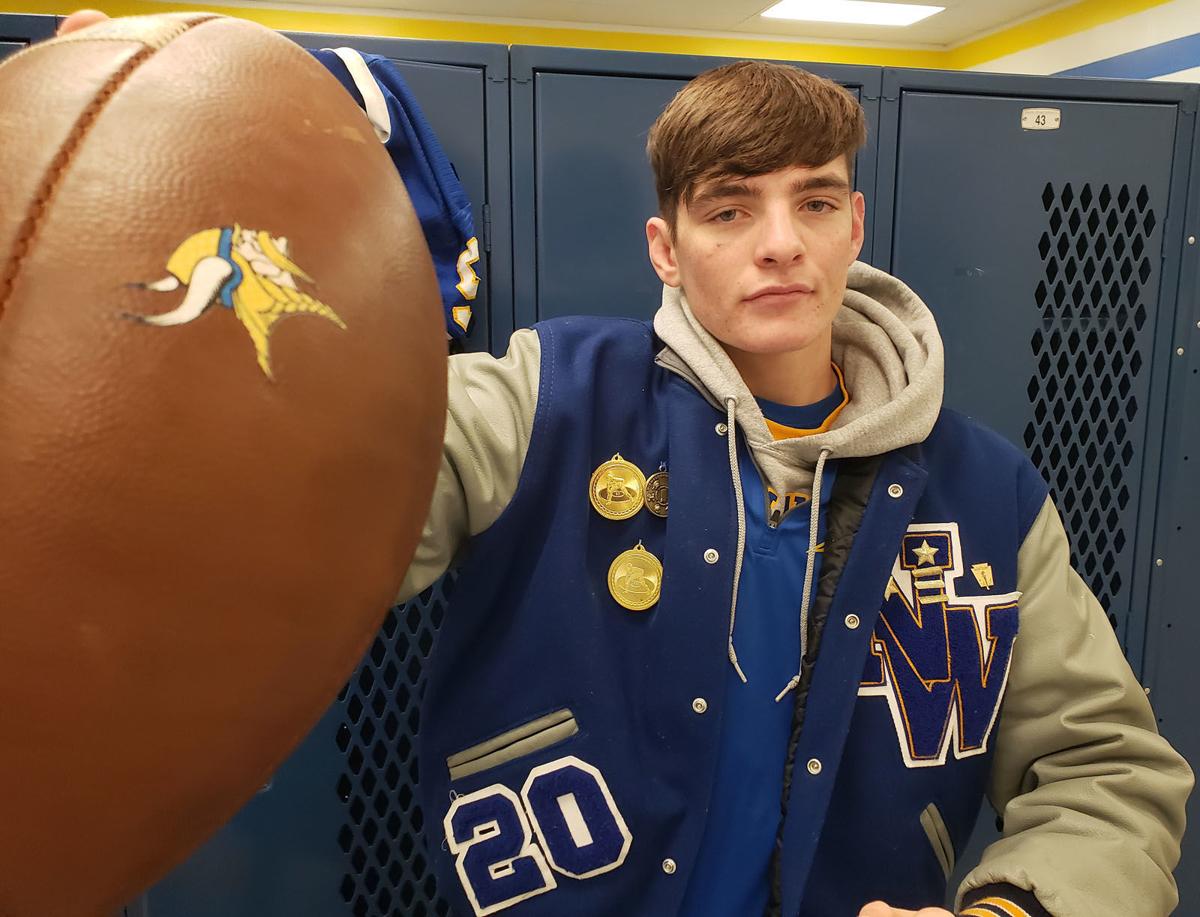 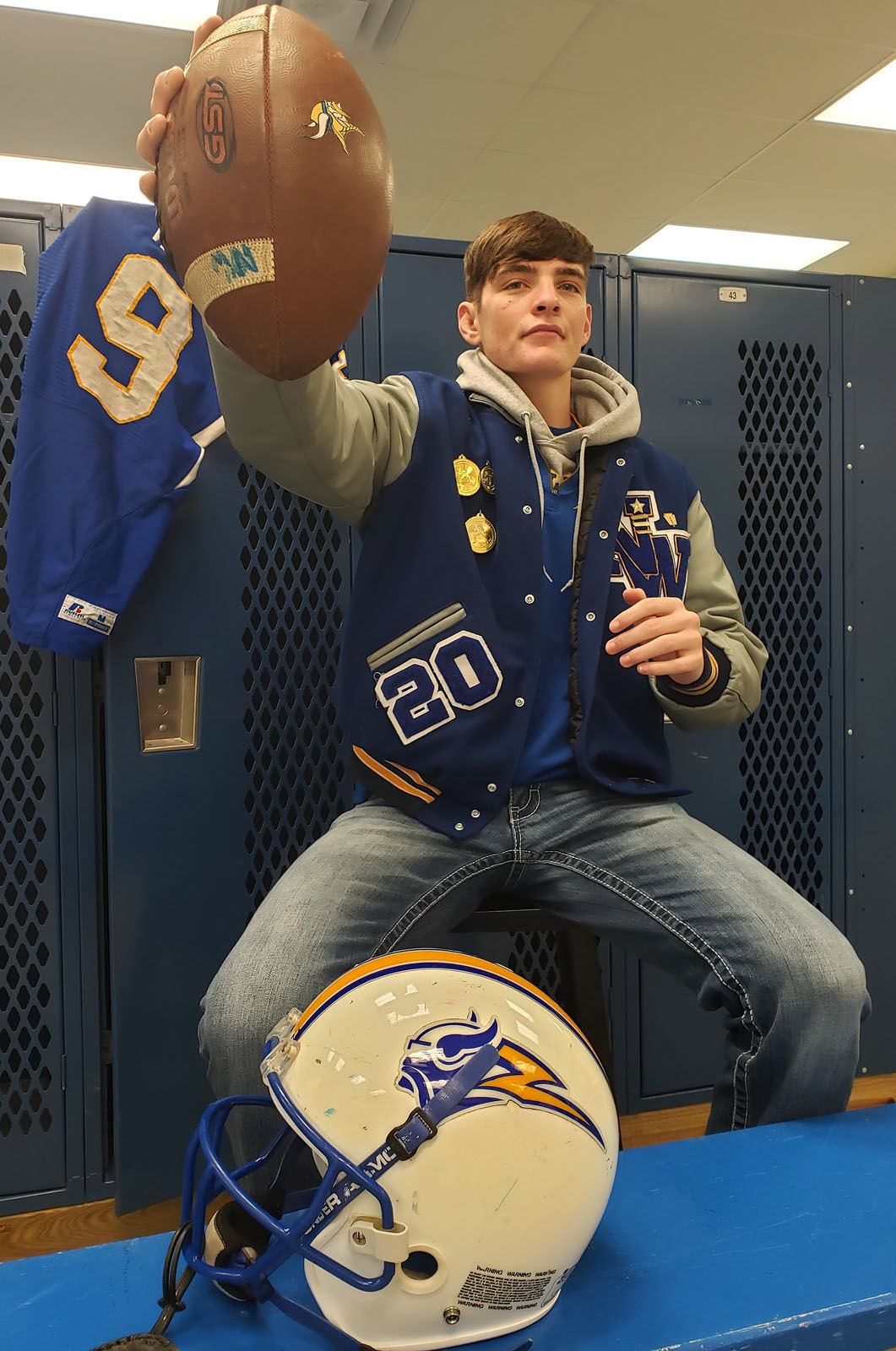 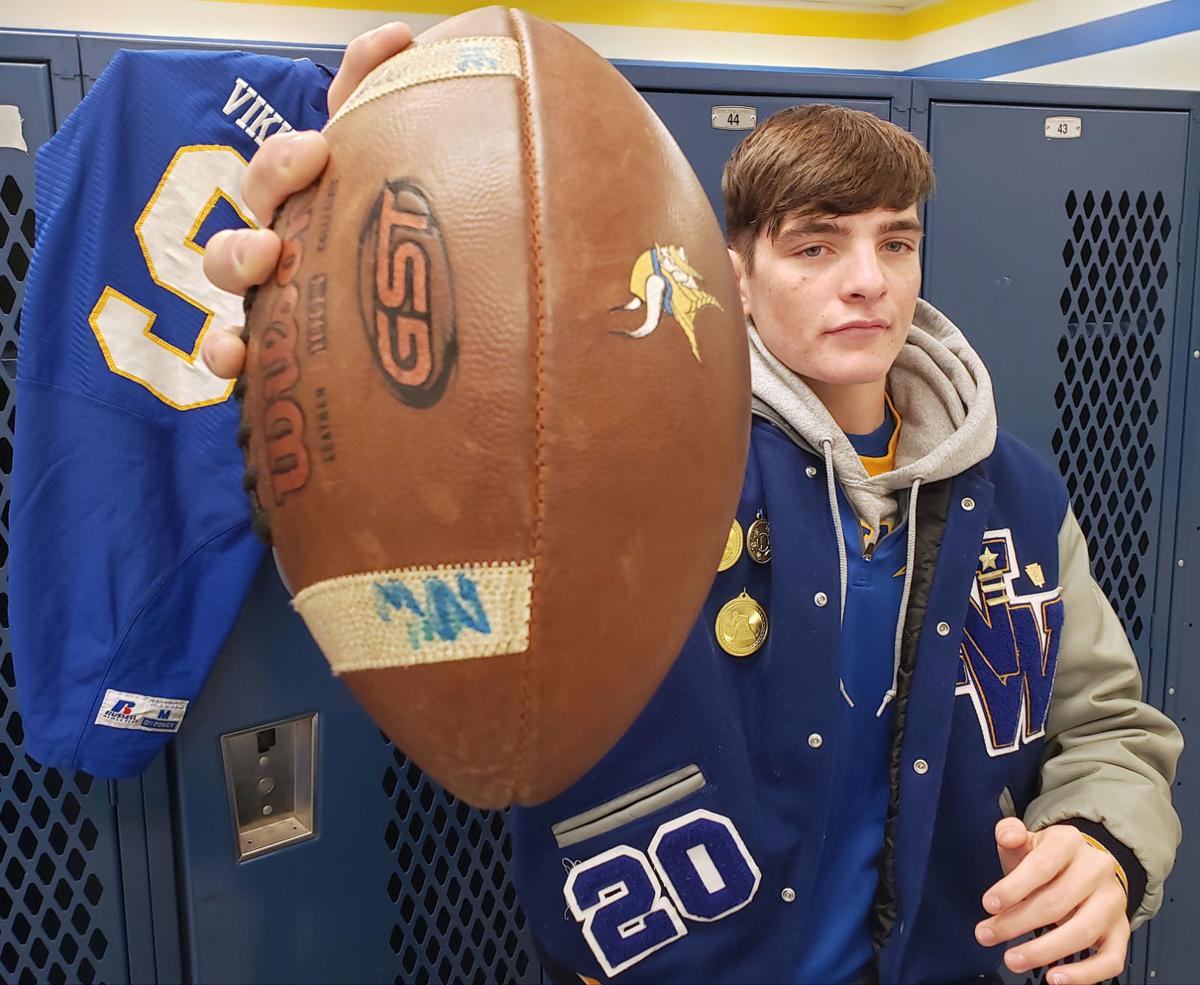 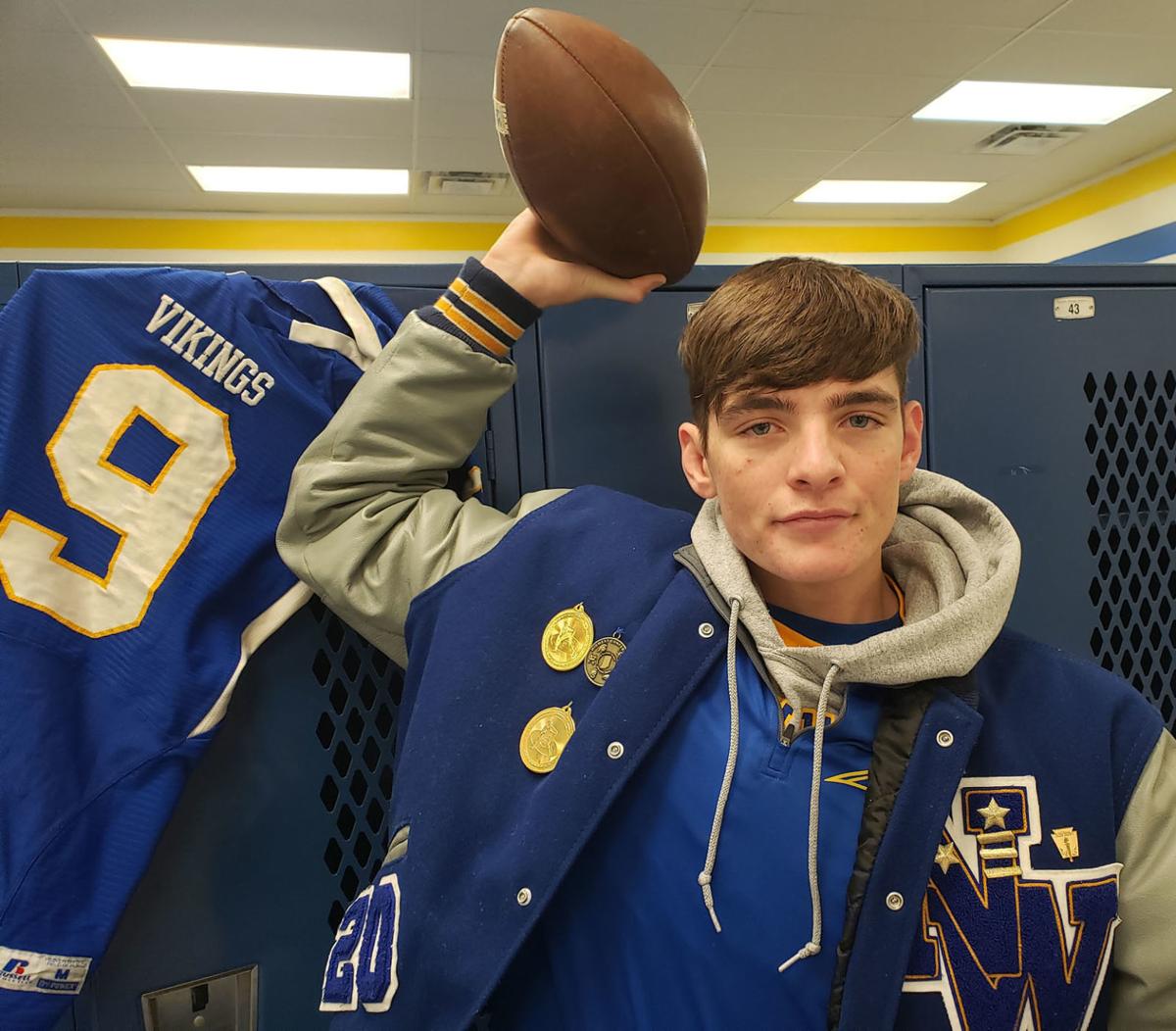 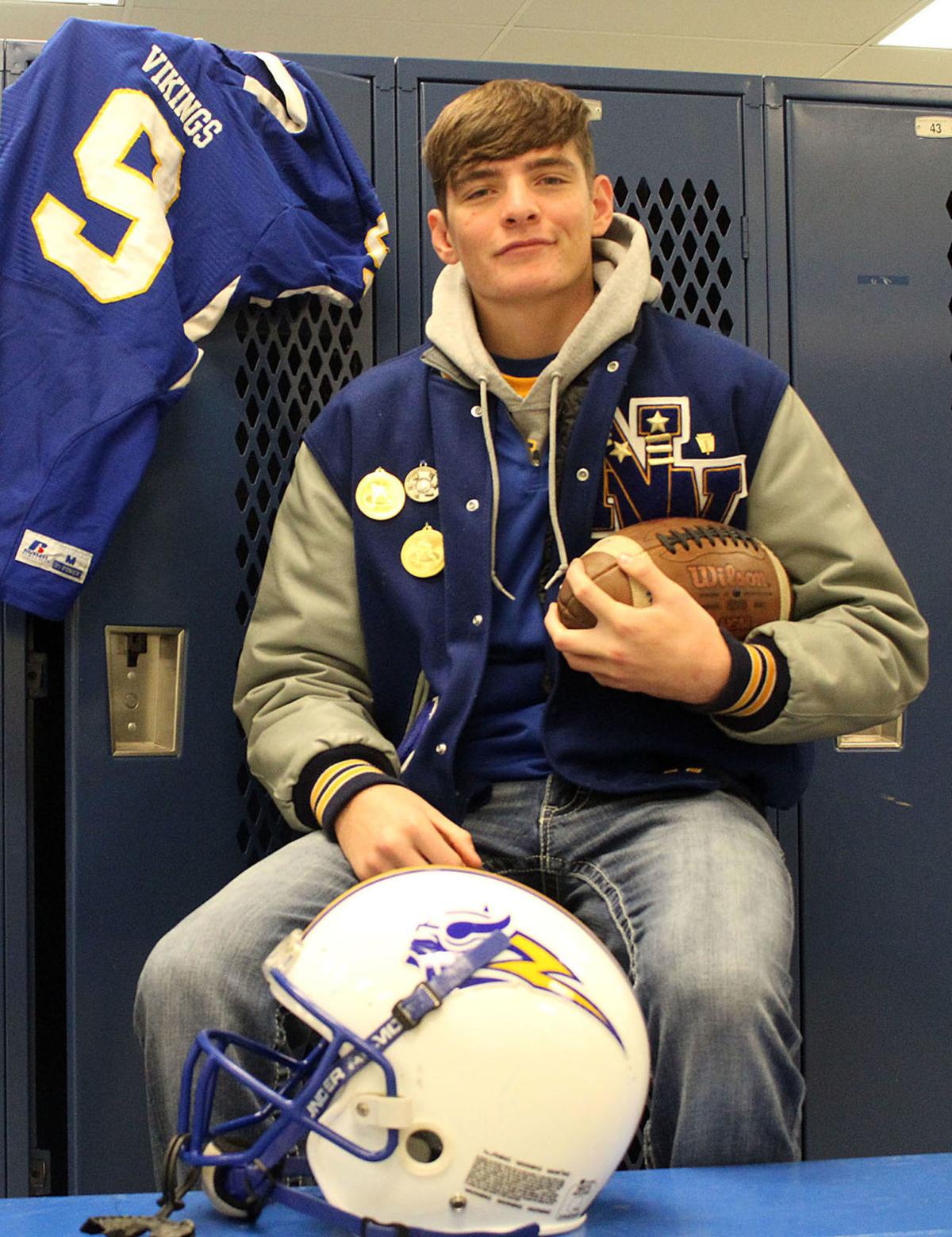 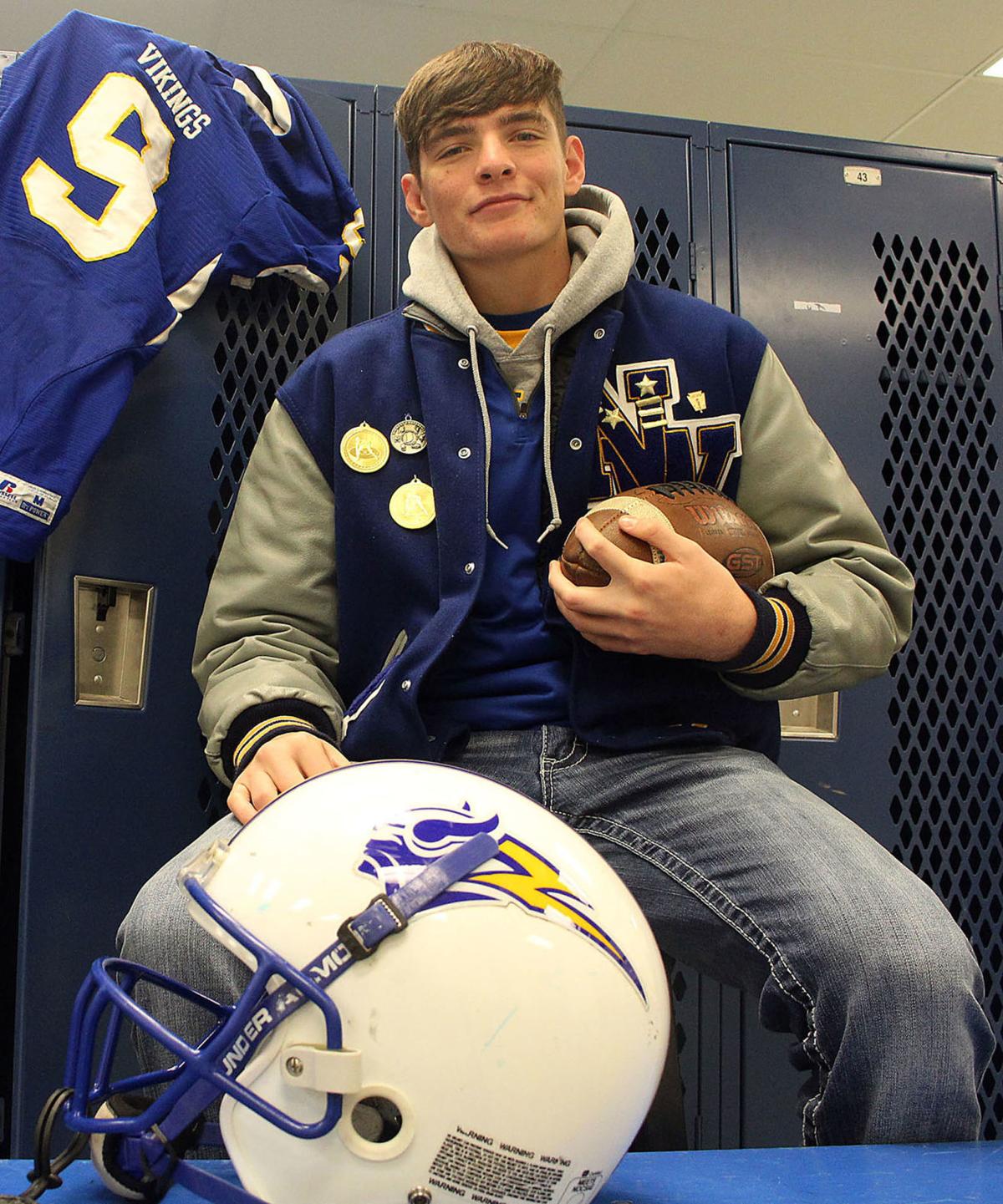 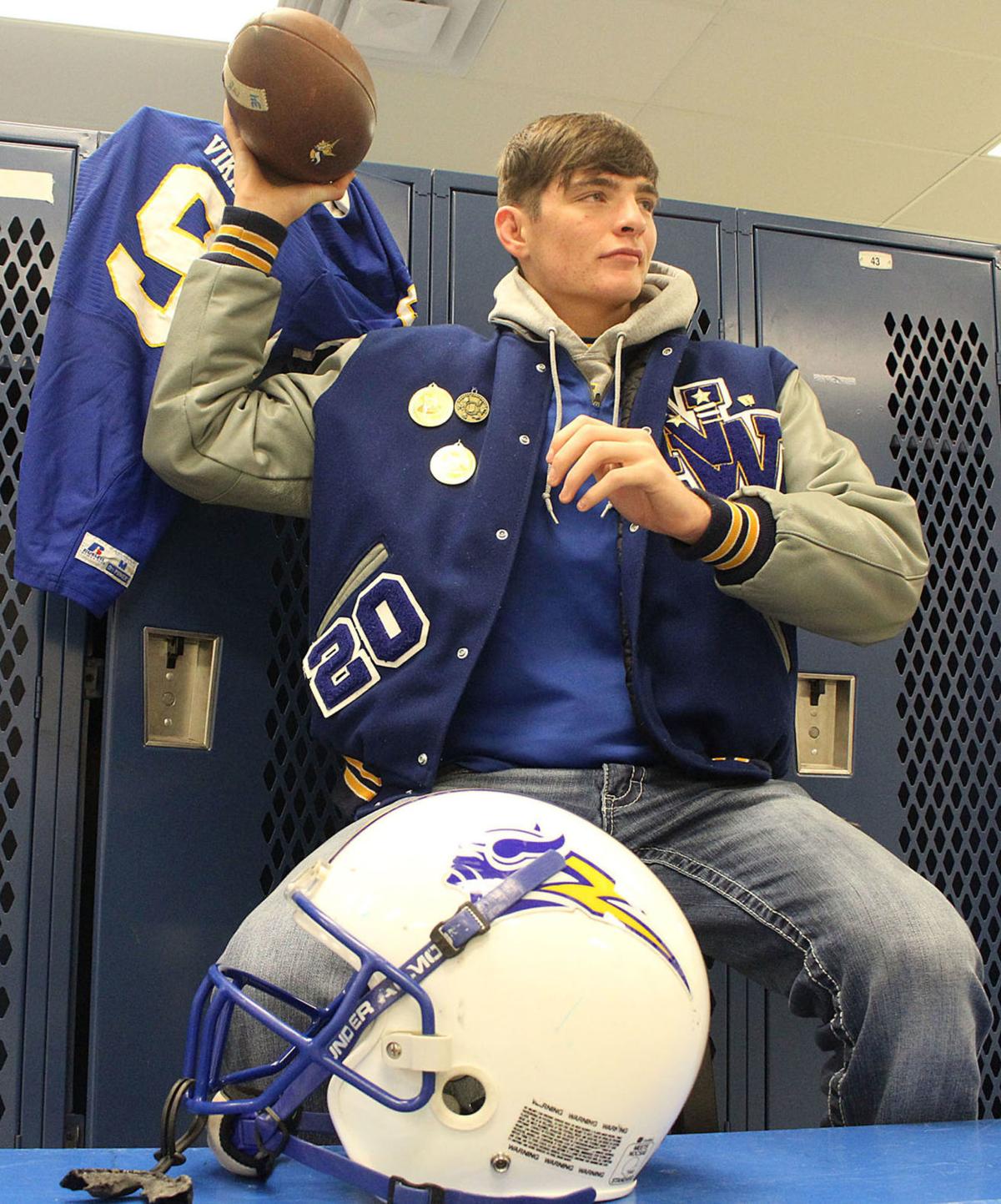 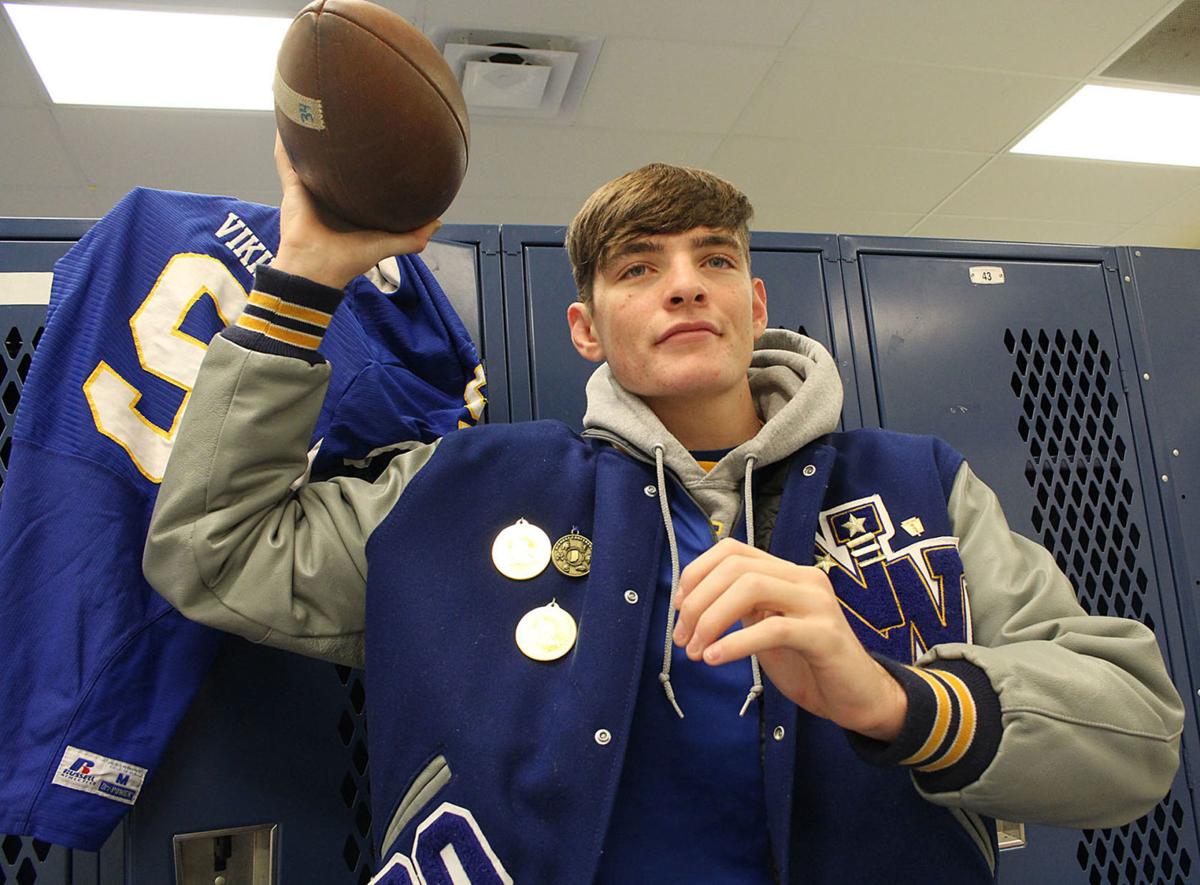 Chase Connell first saw it at a 7-on-7 tournament this summer.

North White’s senior center played a small role in the Vikings’ exploits at Martinsville. A 7-on-7 game, by definition, takes away all linemen. There is a designated snapper to hand the quarterback the ball.

“I was just there to watch, basically,” Connell said. “And he was making passes against some good teams, good defenses, from every class. It was crazy to see what he did against those big teams.”

The “he” is classmate and senior quarterback Anthony Ball. A second-year starter, Ball completed a transformation in his final prep football season that helped North White average nearly 32 points per game and reach both .500 and the five-win mark for the first time since 2015.

“His rushing game and his passing game were both just unreal,” Connell said. “This season he impressed everybody, it seems like.”

Ball finished his two-year stint with 2,757 yards passing on 191 completions, 34 touchdowns and 26 interceptions. He also ran for 479 yards and nine scores.

More than half those numbers were accrued in 2019 — 148 completions, 2,168 yards and 28 touchdowns. He also ran for 501 yards and nine scores and was named All-Midwest Conference first team.

All this led to Ball being named White County All-County Offensive Football Player of the Year.

An increase in offseason workouts — 7-on-7 camps, other team camps or just spending time with receivers at the school — was critical for him, and the team.

“Our coaches had us here throwing two days a week — at least two days a week. The overall attitude and amount of preparation we had was way different,” Ball said. “It really helped me with the timing with receivers, obviously, and with the confidence of being able to stand back there in the pocket and being able to trust the other 10 players on the field on the offense with me.”

Head coach Kirk Quasebarth surmised Ball would make for a good quarterback when the latter was younger. For one, Ball and Quasebarth believe the senior is intelligent, as his top-5 class ranking attests.

Second, Ball carries the same traits as older brother Leevin, one being intelligence. The other is that unquantifiable ‘it’ factor coaches across all landscapes search for — grit, dedication, a want to be better. Basically, leadership.

Leevin took over at quarterback halfway through his senior year and rallied the Vikings to two wins in their final three games. Anthony settled in as a two-year starter the season after.

Both Quasebarth and Jerry Holeman were quarterbacks and learned under program legend Jim Davis. Quasebarth also coached Anthony as a wrestler.

“(Holeman and I) see the traits that Jim Davis looked for in quarterbacks and we look for those same traits,” the head coach said. “From his sophomore year, I saw leadership skills in Anthony. He had it in football and wrestling from his younger days. And (Leevin) was that way.”

But the leap this season — it wasn’t just all that extra summer practice.

His passing attempts more than doubled. His completions and passing yardage more than tripled. His touchdowns thrown nearly quintupled.

The loss of a bellcow runner, myriad athletes that could catch passes and a large senior class covering certain spots — mainly the line and several skill positions — led to the decision. Holeman’s return to the staff also played a factor.

Quicker decisions. Shorter routes. More crosses Those were offshoots of the scheme change, all which the staff felt Ball could process.

Here are the keys, senior. Don’t wreck the car.

“I remember the first practice we put in the RPO — it was in the summer, on a Tuesday. I just remember being completly flustered, confused,” Ball said. “It was really different going from throwing it 20 percent of the time to 60-70 percent of the time. It was definitely something I enjoyed just because we had a lot of good receivers and we had a good line that knew how to pass block. ”

How do you get to Carnegie Hall? Practice.

“What I saw was Anthony and the other senior and junior receivers show up all summer long,” Quasebarth said. “That was the commitment that had to be made. Put a lot of time and effort into the summer.”

“The continuity between him and the receivers going into fall … It allowed (for) us, when we went into August, we were ready to go.”

Ball’s work allowed Holeman to sometimes take a back seat.

Connell called Ball’s improvement “an absolute miracle.” The center got a thrill when he heard “ball’s gone,” looked up and saw a pass drop into the hands or a receiver or a spiral meet a tight end in stride.

“Last year, you’d see him throw the ball and you’d say, “OK, that’s why we run the ball a lot.’ This year, it was sometimes ‘Why are we not passing the ball more?’” Connell said. “He turned into a quarterback this year, and it was something no one seemed to expect but it happened. And it was so much more than anyone could have expected, even the coaches.”

Rain and snow this morning changing to all rain in the afternoon. Temps nearly steady in the mid 30s. Winds SSE at 5 to 10 mph. Chance of precip 70%.