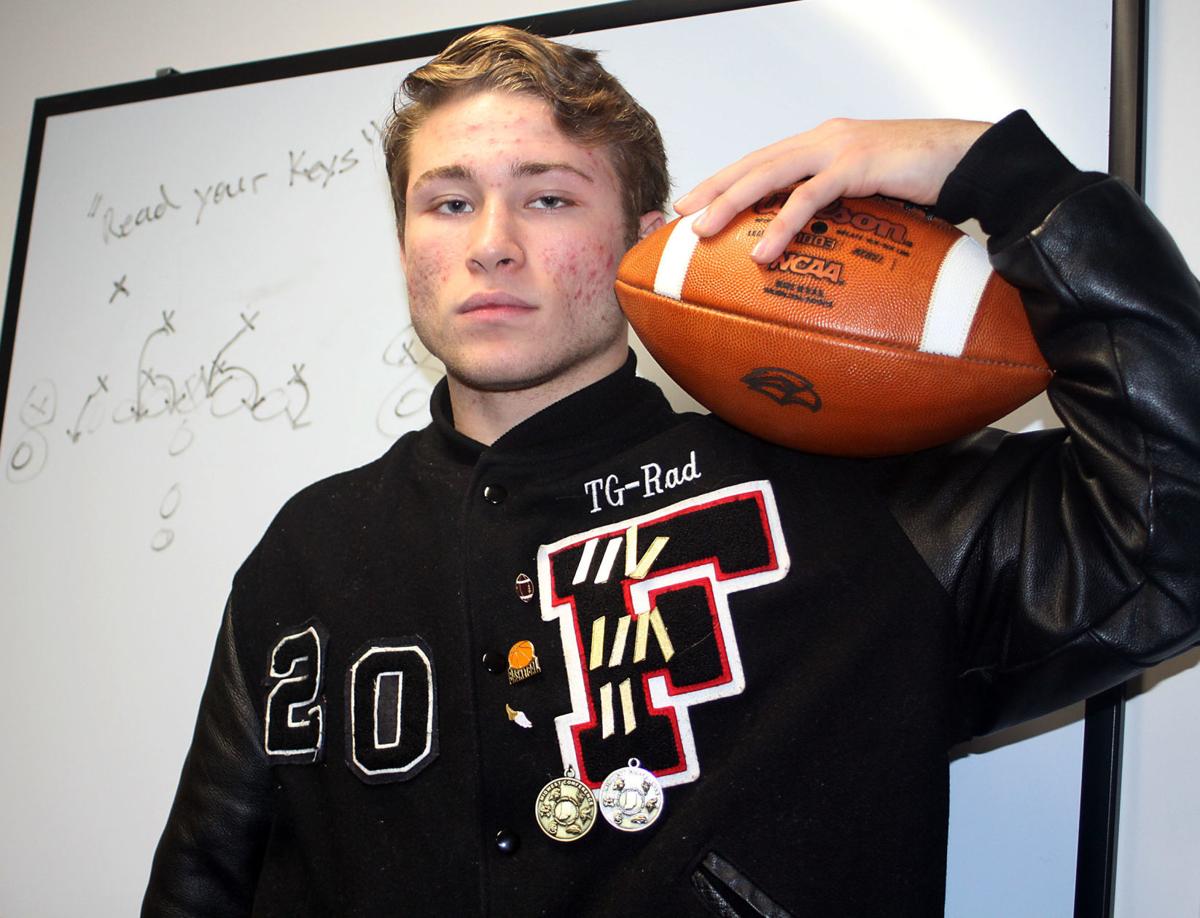 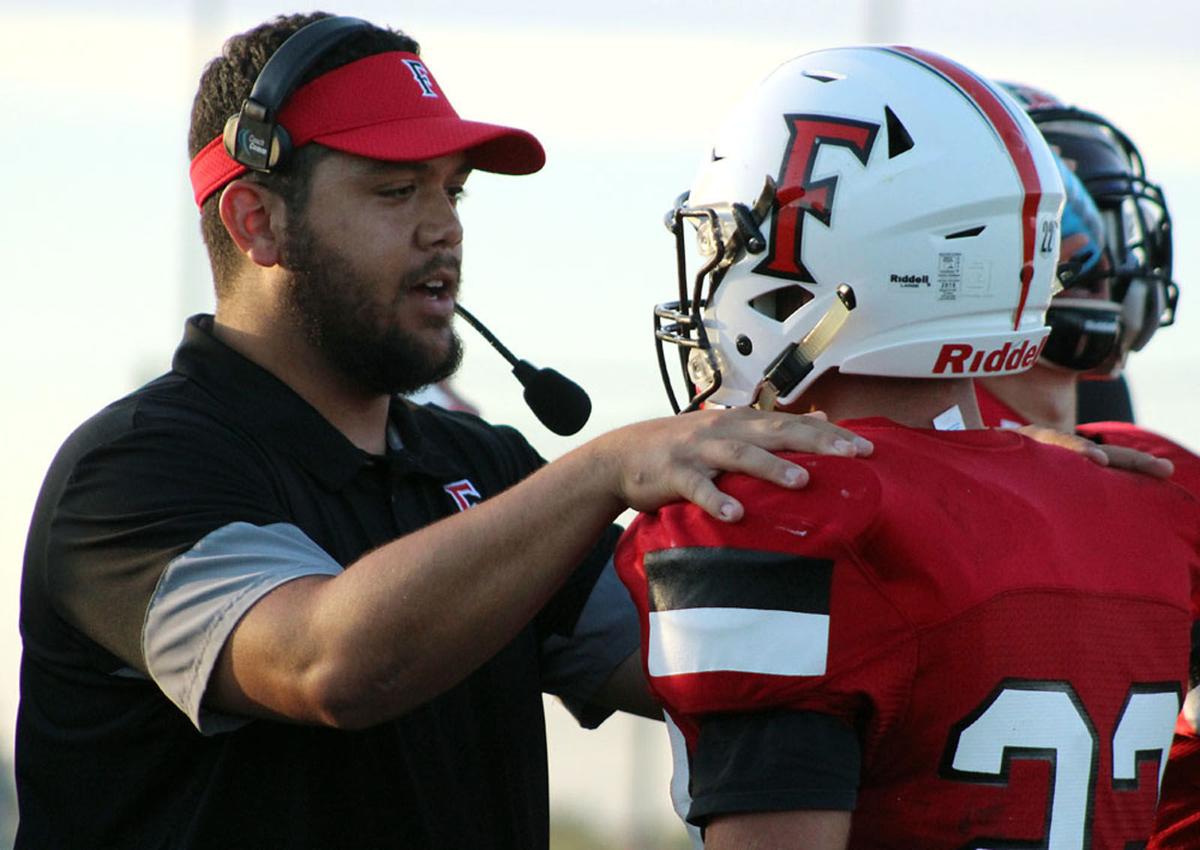 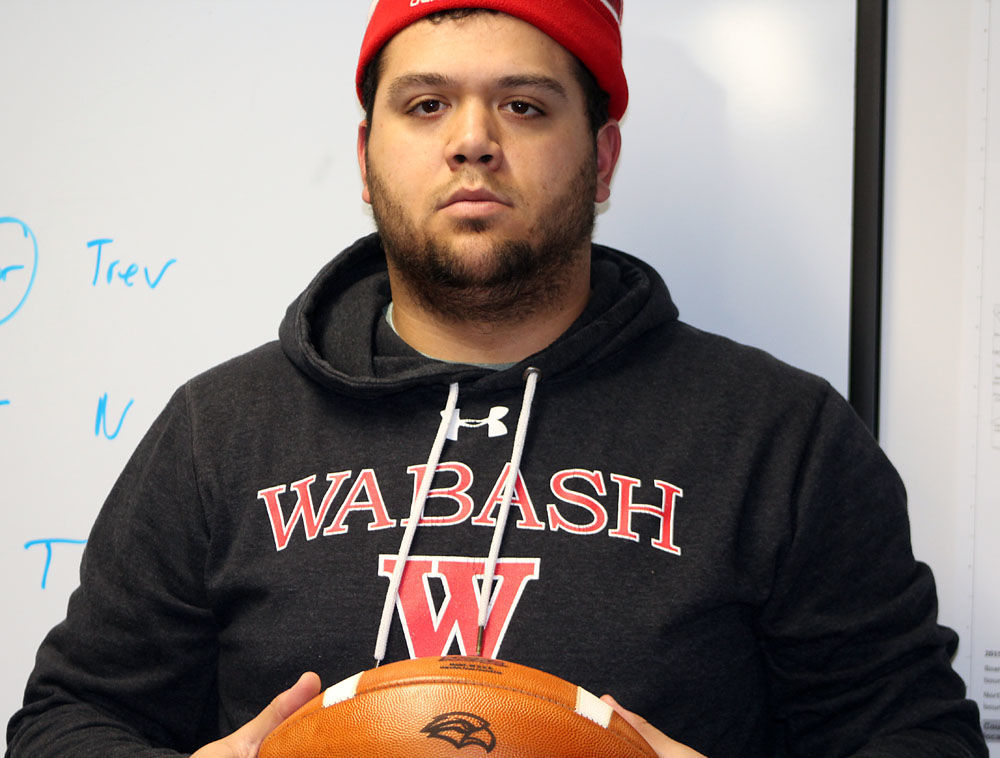 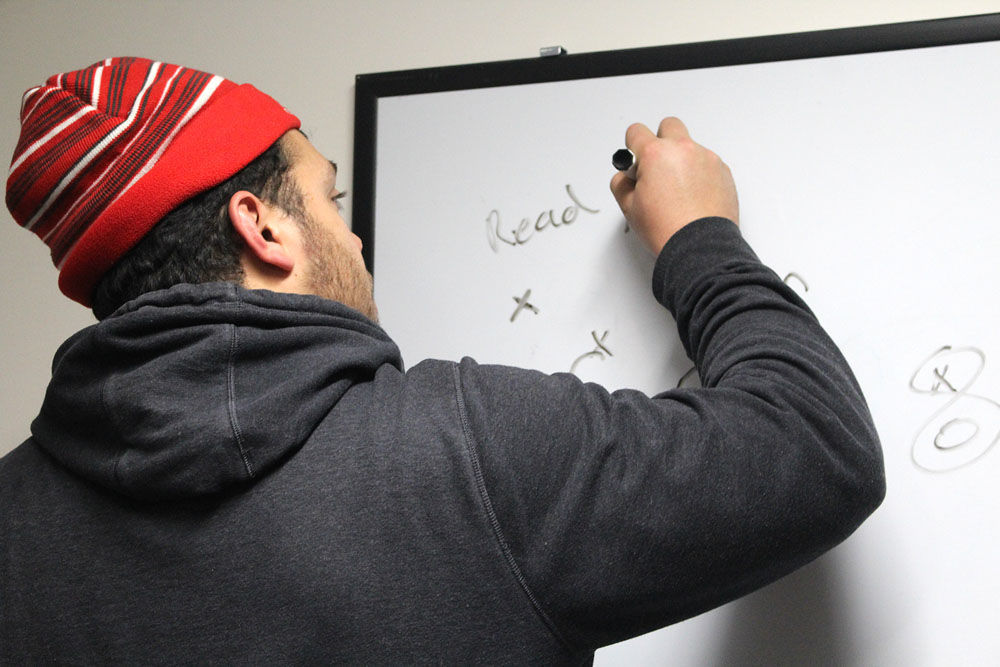 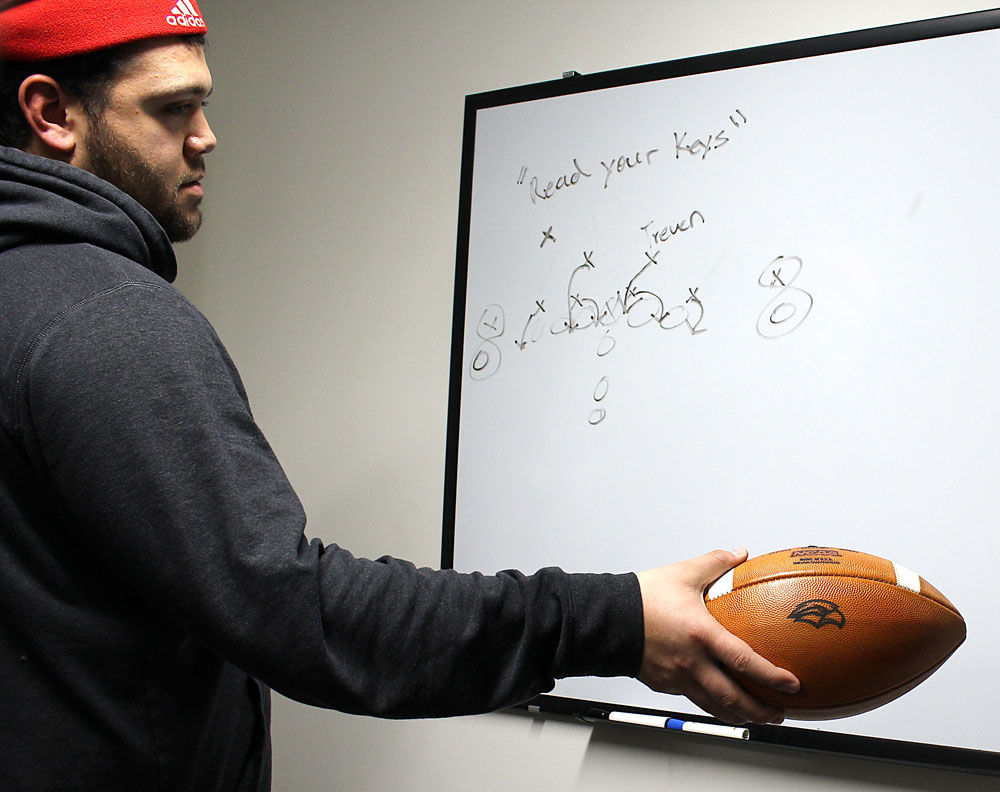 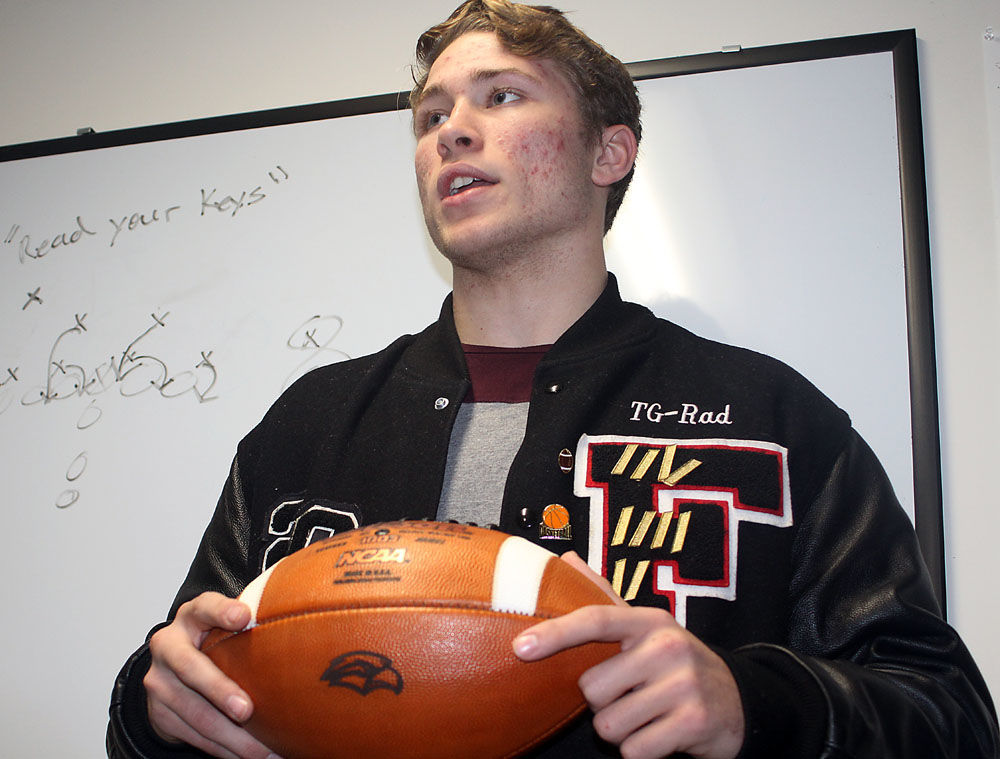 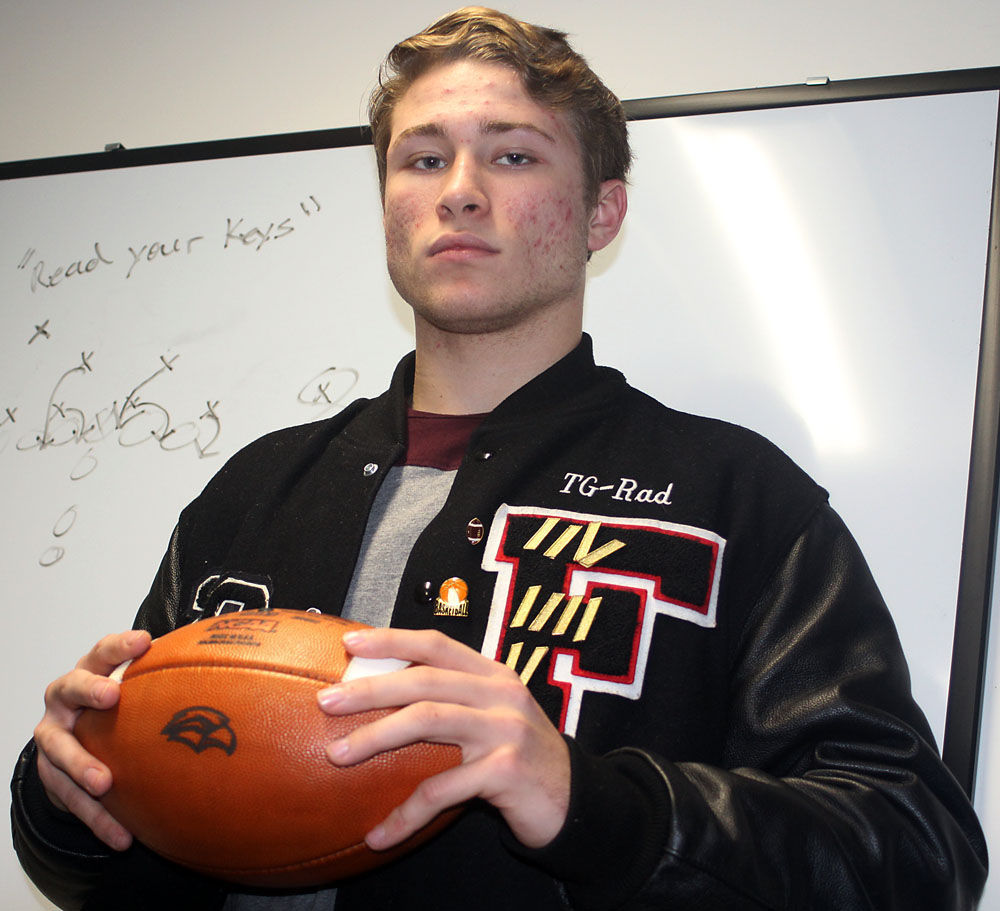 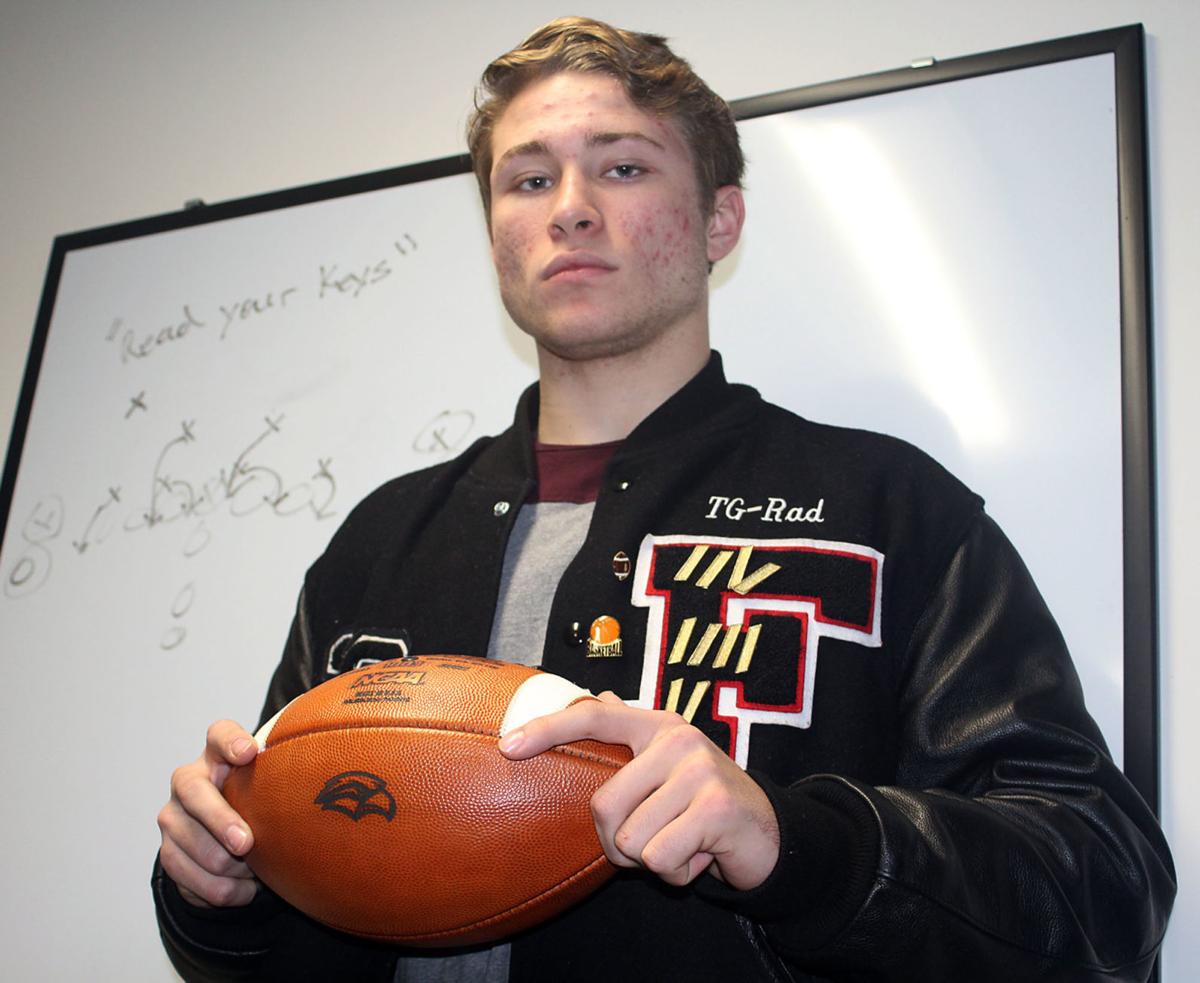 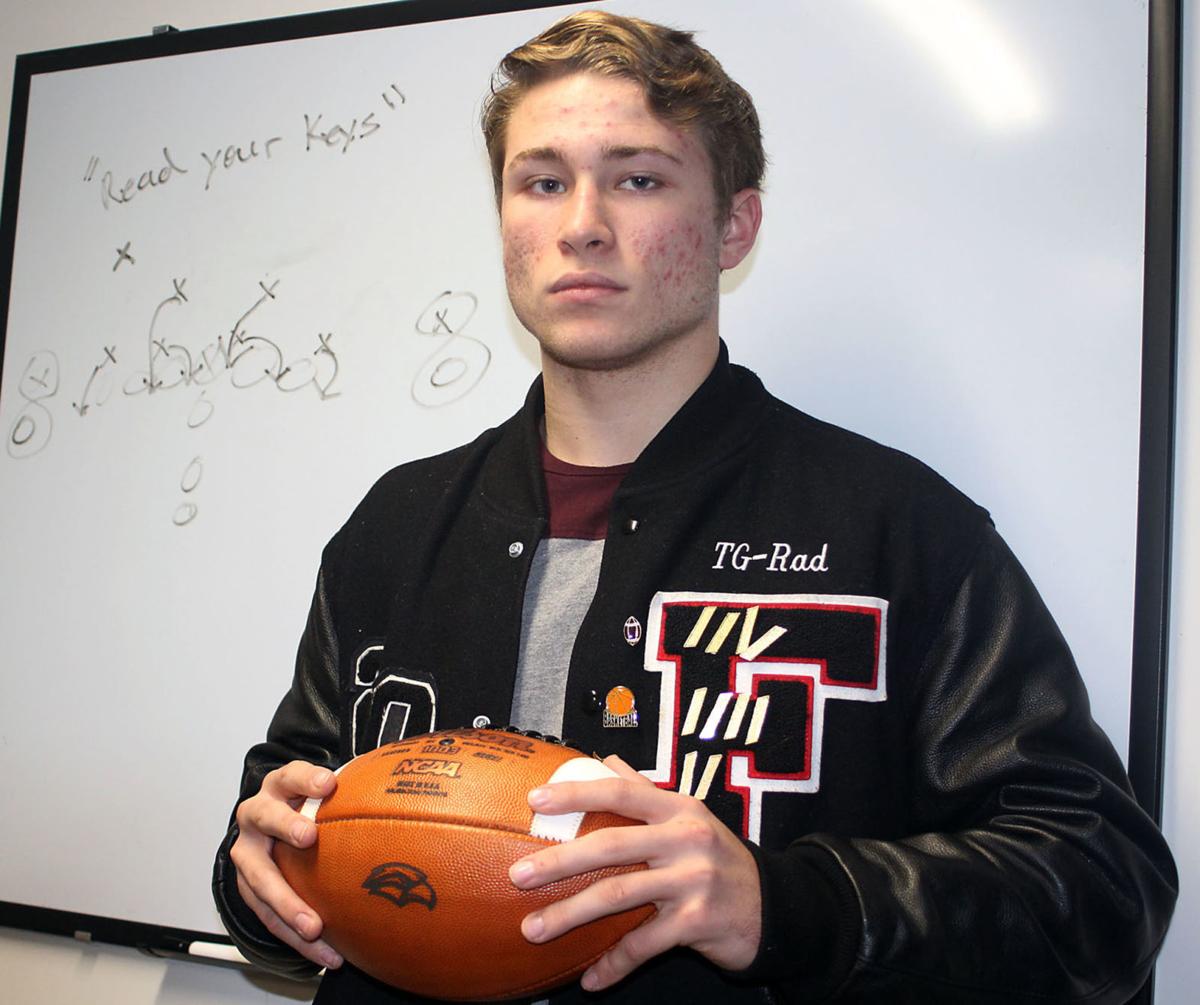 During Dean’s assessment, the defensive coordinator mentioned a phrase the senior linebacker repeated several times in taking stock of his own progress in 2019. When told of this, Dean threw out guesses: ‘Little things.’ ‘Attention to detail.’ ‘Read the keys.’

The last one was the closest. It was ‘Read the guards,’ which Girard claimed was Dean’s mantra all season long. Dean is a former college linebacker himself, and consistently harped it. He chuckled about Girard’s recollection.

“They will take you to the play 95 percent of the time. They won’t go right and the play is going left,” Dean said. “When you learn to do that — with Treven it became pure instinct. Once he understood that concept, it allowed him to play even faster.”

That allowance, along with tweaking a few individual skills, unleashed Girard as a more complete Falcons linebacker. Girard accumulated more than 100 total tackles, with 10 tackles for loss, and added multiple forced fumbles and one fumble recovery en route to being named to the Midwest Conference first team and an IFCA Class 1A Senior All-State defensive team member.

He is also the 2019 All-White County Defensive Player of the Year.

“Moving; good reads,” Girard said of Dean’s primary advice. “Coach Dean always told me, ‘Read the guards.’ Certainly read the guards; they tell you where to go. Follow the guards and that’s where the ball most likely was.”

“I honestly didn’t feel like I knew that much about (being a) linebacker last year, even though I played the same position,” Girard said. “But coach Dean played linebacker in college, and told me everything he knew. And I listened to him, and it really worked.”

A multi-year varsity member and two-year starter, Girard credited Dean and head coach Troy Burgess for helping not only him, but the team’s turnaround. Frontier went 7-3, its best record since 2005 (7-4) and only its second .500 or better record since 2006 (6-5). The team went 5-5 when Girard and his fellow seniors were sophomores.

“We haven’t had a winning season in a little bit, and they switched it around,” Girard said. “Us seniors started a good beginning for turning things around. Hopefully they have more success than we did this year, next year.”

All admit it was a process on the macro and micro level. Asked to assess Girard at the outset, Dean chuckled again.

“At the beginning of the year, Treven, at the snap of the ball, would just run forward through the line,” Dean said. “The biggest thing with his reading the guards was he started to pick up on some of the pass stuff.

“At the beginning of the season, we could not count on Treven at all to get into a pass drop. Toward the end of the year, we could count on him every now and again. That helped him and the way he played.”

Film and practices were a big part, whether it was during the spring, summer or into fall camp. Girard has played football since he was in first grade and said, “I feel like I know the game quite a bit” because of it. At the same time, a lack of team success and what Dean felt was a lack of fundamentals in smaller areas of the position were weighing Girard down.

“He has got football instincts. Treven understands the game of football, is a good football player,” Dean said. “What he needed was a little sharpening of the fundamentals. I think that throughout the year he tried to refine those small things and it showed.”

He had 10 total tackles in a 30-22 win against North White, and picked up 17 during a 34-12 loss to North Newton that spanned roughly 20 hours because of a weather delay. Fourteen of those were assisted tackles, speaking to his ability to seek out and reach the ball quickly.

“That’s what our job is — to put guys in the right positions to have the most success,” Burgess said. “Then it’s up to them to make plays, and what Treven did was make plays. We put him in a position where he was going to get a lot of opportunities to make a tackle defensively … What he did with it was entirely up to him, and he did a nice job.”

Girard is “not a vocal leader by any stretch of the imagination,” Burgess joked, and the senior acknowledges it. What he did have was an aggression and anger that “comes from within me.” Girard found himself drawn to the position because of its propensity to hit people, and noted this season began with an overwhelming urge to “just hit someone” whenever he was on a field.

Asked what brought the anger out this year, Girard noted, “I’ve always been like that.”

“I just wanted to be more successful than what we were,” he said of the team’s past record. “I had a bigger role, because it was my senior year, and we had to bang. I had to hold my spot up.”

Girard’s coachability was a big reason he did.

“That’s what was the most impressive thing to me about Treven,” Burgess said. “He did what we asked him to do — show up, got to work, be here every day. Did he make mistakes? Sure. Did he do some things wrong? Sure. But he was here, trying to get better each and every day. He did that.”