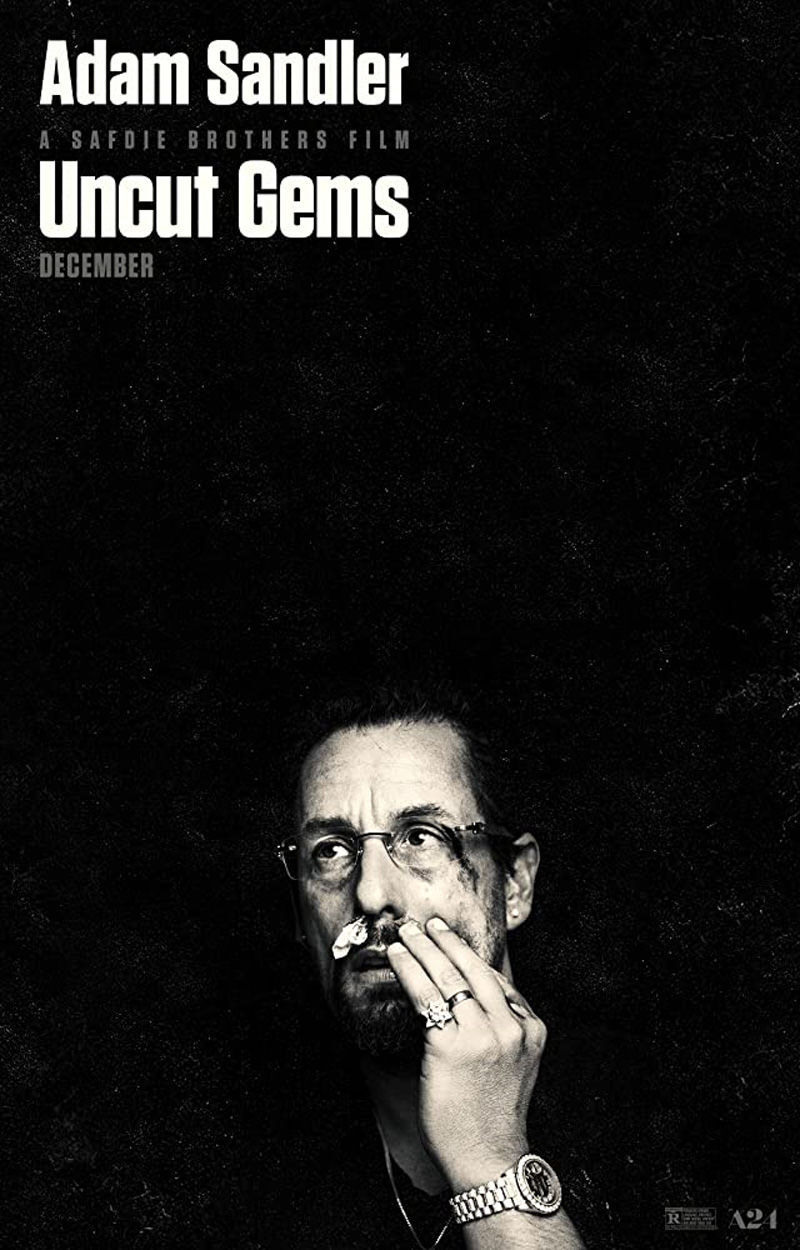 “Uncut Gems” is available On Demand through online streaming and likely through your local cable provider. The film is rated R for pervasive strong language, violence, some sexual content, and brief drug use. Its running time is 135 minutes.

This film had the highest domestic box office ($50 million) of any film in my cable provider’s “New and Popular” On Demand section that I have not yet reviewed, so here we go.

The masks of Michael Myers and Ghostface scared me to death as a kid. I would spend hours lying awake at night hoping their visages wouldn’t appear before me.

Today I regard “Halloween” and “Scream” as two of the greatest horror movies of all time because I respect their ability to push my buttons so effectively. “Uncut Gems,” while not a horror movie, is a film I respect for the same reasons.

The film is a 135-minute anxiety attack that made me skittish for hours afterward, which is exactly the effect the movie wants to have, and oh how that goal has been accomplished.

Adam Sandler stars as Howard Ratner, a jeweler who comes into possession of an enormous, valuable, and possibly cursed black opal. He’s already earmarked it for auction, but NBA star Kevin Garnett (playing himself) wants it, believing it to be good luck.

Howard, who compulsively turns everything into a hustle, lets him borrow the opal to prove that it is indeed good luck. Of course, he then needs to get it back in time for the auction, and Garnett doesn’t exactly make a priority of returning his good luck charm.

The opal may be worth as much as $1 million, and it’s just one source of stress in Howard’s life. He also has to juggle a gambling addiction, an impending divorce with his wife (Idina Menzel, shame she doesn’t get to do more here), a girlfriend (Julia Fox) who might be cheating on him with The Weeknd, a mountain of debt to his loan shark brother-in-law (Eric Bogosian), an automatic lock to his store that doesn’t unlock properly, drama with employees, drama with customers, numerous connections who know he’s untrustworthy, and a potential colon problem that serves as our introduction to the character.

BOB AT THE MOVIES: 'The Rental' nothing more than On Demand rental

MORRIS: Kindness is always an option

And that’s before getting into spoilers. Nothing is easy for Howard, but then again he doesn’t allow anything to be easy. He probably dismisses people as unambitious if they want to take a route that doesn’t give them a heart attack.

At the center of it all is Sandler, giving the performance of a lifetime. If you automatically associate him with garbage comedies, then you’ll … be right about the better part of his career, but he’s capable of greatness, too, and this movie proves it. He makes you sympathize with a detestable character, a little weasel who in another movie would be a sleazy side character that gets killed after one or two scenes, and you’d probably just shrug.

I was panicking just watching Sandler’s performance, and he had to give it (and Josh and Benny Safdie had to direct it, big kudos to them). I’m sure the Academy snubbed Sandler because of his history of movies like “Jack & Jill,” but forget about those, this is Oscar-worthy work.

The film’s ending is more of an epilogue to the nerve-racking sequence that came before it. It’s intense and important things happen, but what led up to it was so insane that even the final developments seem anticlimactic, perhaps because they are so inevitable, though even then there are a few surprises.

Chalk it up to Howard’s insistence on going through life wheeling and dealing and trying to keep his life from crashing for just one more minute. It’s no way to live, but it’s a heck of a story to follow.

“Uncut Gems” is a highly respectable form of torture.