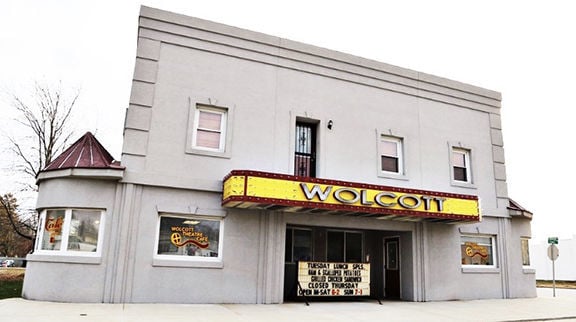 This building, once a movie theater and the epicenter for many community events, has been home to the Wolcott Theater Cafe since the early 2000s. 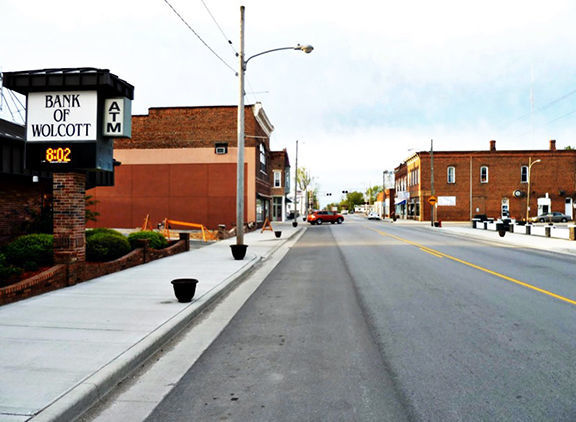 This undated photo shows downtown Wolcott facing south along North Range Street in front of the Bank of Wolcott.

This building, once a movie theater and the epicenter for many community events, has been home to the Wolcott Theater Cafe since the early 2000s.

This undated photo shows downtown Wolcott facing south along North Range Street in front of the Bank of Wolcott.

WOLCOTT — They may have been a little late to the party, but a local group hopes this small White County community gets a nationally televised makeover.

Like many other towns in Indiana — including neighboring Monon — the Wolcott Mainstreet Committee has submitted its application to appear on a new HGTV show titled, “Home Town Takeover,” in which a team of renovators give a small town somewhere in the U.S. a complete makeover.

The show is set to air sometime in 2021 and will be six episodes long. That likely means filming will commence sometime later this year.

The deadline to enter the contest was Feb. 4, but was extended to Feb. 7 for those that experienced “technical difficulties” with submissions.

Although the group was a little late getting things together — they didn’t submit a flashy video or have multiple entries — Wolcott Mainstreet wanted to make the most out of what it had.

George Blissett, president of Wolcott Mainstreet, submitted videos, pictures and an essay on behalf of the Town of Wolcott.

“I know that there will be hundreds of thousands of submissions, but we all know how special Wolcott is,” he said. “The town’s main street is something we all have dreams of revamping, and the history in our town runs deep.”

Tri-County robotics team puts on demonstration for school board

Down to Business: Jasper County Airport

The new show’s host show’s hosts — the husband-and-wife team of Ben and Erin Napier — gained fame through their current show “Home Town,” which features the couple making over historic homes and buildings in their hometown of Laurel, Miss. The couple say they are passionate about historical detail and that sets them apart from other makeover shows.

“Renovating one house at a time is an awesome experience. But the chance to support an entire town, where we help bring a community back to life — that’s something we’ve always wanted to try,” Ben Napier said in an article published to HGTV’s website.

The Napiers are hoping to take that show on the road and open it up to the country, asking communities with less than 40,000 residents to convince them — and the network — why they should be the home for “Home Town Takeover.” According to the network’s website, they are looking for a community with “good bones that need work and a classic main street that could use a facelift.”

The Wolcott MainStreet Committee thinks their town has all of that.

The committee met on a recent Thursday night at Roots, a downtown Wolcott restaurant, for its monthly meeting. The team discussed plans for the year and are currently working on three large projects — one of which is a digital message board for the center of town.

They are in the beginning stages of putting together a Farmers Market and are working on new events for the year.

The Wolcott Mainstreet Committee is also looking for new members who have fresh ideas and “love the town.” If interested, visit their website, https://wolcottmainstreet.com, for more information.