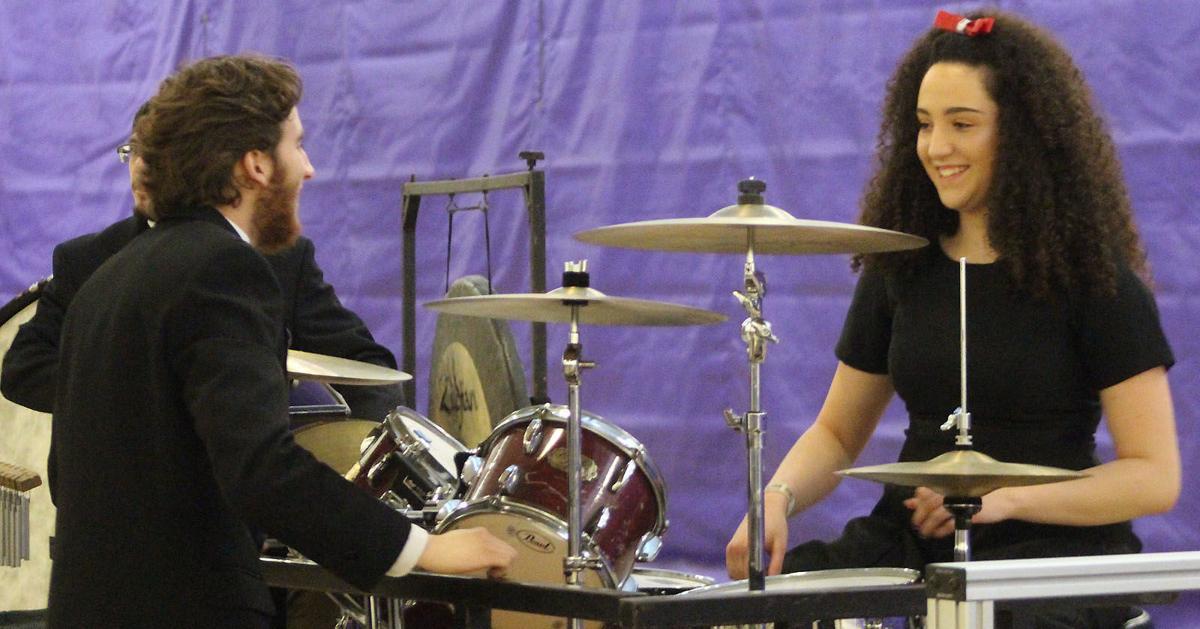 MONTICELLO — It just made sense.

Twin Lakes High School rewards its athletes with varsity letters for participation. So why shouldn’t it reward those in other extracurricular activities — in this case, band and choir — with the same opportunities?

Initially broached by community member Dan Fry, TLHS vocal music director Victoria Sayler and new band director Sam Wells asked themselves the same question. The pair then put together a presentation to show the school corporation’s board at Tuesday’s monthly meeting, in hopes of getting the board to approve it as the 2019-2020 school year began.

“It was suggested by Dan Fry, but it has been something I’ve heard from parents over the years, and students have mentioned it over the years,” Sayler told the board Tuesday. “Interest has been generating for a while now.”

“Our students work so hard and have so much passion for what they do,” Sayler said. “I think they will benefit from being able to show how much work they’ve put into something that matters so much to them.”

Added Wells, “I think it just puts us on par with the rest of the schools (in the state) who are already doing it.”

Both the TLHS band and choir have a tradition of reaching the Indiana State School Music Association state finals in their respective disciplines, and the ISSMA rewards those schools with patches recognizing the feat — much like an athletic team receives a patch recognizing reaching various postseason levels.

Unless they were both an athlete and artist, or bought a letter jacket, “they don’t have a place to put it, necessarily,” Sayler noted. She also mentioned lettering in high school herself and how much pride it gave her.

“This has been something I’ve thought of since I’ve come in,” Superintendent Michael Galvin told the board in introducing the item for consideration. “We discussed this during the summer, Victoria and I, and we said, ‘Let’s put something together.’

“I think they put together a phenomenal proposal.”

Each program will have its own application requirements and process, much like each athletic team has its own. Sayler’s guidelines limit awarding letters to students who are in six semesters of advanced choir, with no demerits. There is also a program to earn a chevron (patch).

Board members Gloria Kinnard and Scott Andrews praised Sayler for factoring in demerits and pushing for students to excel to their highest abilities.

“I do believe a long-term commitment to the program is essential, and going above and beyond (to earn the letter),” Sayler said. “We both thought that (stressing no demerits) was important because we’ve definitely had students that are coasting. If they’re not meeting the expectations set in front of them, they’re not meeting the requirements. I do think it’s important that it’s a given (to get a letter).”

Wells built his program for earning a letter into the “Strive For Excellence” award established under former band director Joey Boyer. Under the program, a band member can earn a letter by accumulating 120 total points. “The bare minimum” to earn that amount, Wells said, is to participate in concert band and marching band for three years.

“If you do more, you can get it sooner,” Wells said. “That’s basically how it is.”

Wells said he is willing to work on tweaking the system for the future, based on how the results go this first year.

There was a bit of discussion about whether participation in a class was worthy of accruing points, but it was pointed out that both band and choir are optional that require work beyond the school day.

In addition, Wells was praised for the inclusion of private music lessons as an accumulation of points.

The plan is to use the same company out of Valparaiso that provides the school with its athletic-based letters, but that the letters and chevrons for the vocal music programs would be designed with student input.

Asked if a vocal music letter would count toward the varsity athletics’ 12-letter program, Sayler said, “It won’t interfere” and noted the fine arts program would look into creating its own recognition chart.

“All kids have different interests, so it’d be nice to reward those kids that have musical interests,” board member John Roscka said. “I think the kids should be rewarded.”

During her assistant superintendent’s report, Debbie Metzger praised the corporation’s bus drivers for their work even as the school year is beginning.

“They’re absolutely amazing,” she said. “I’ve worked in another corporation where they didn’t know the students that well, but these drivers know their students, work with each other, work routes out and the teamwork is amazing.

An item from the financial report that came to light was the corporation shrinking what previously were seven different funds into four — education, operations, rainy day and debt services. The budget hearing Sept. 10 will proceed as planned.

The board also untabled the storekeeper position recommendation and voted 5-1 to advertise for the part-time position. It voted 6-0 for a Special Education Memorandum of Understanding with the Delphi Community School Corporation, and 6-0 to reline a portion of the sewer line at the high school.

It also voted 6-0 to award a drug-testing contract for its transportation staff to Indiana Testing Inc.

Sorry, there are no recent results for popular articles.