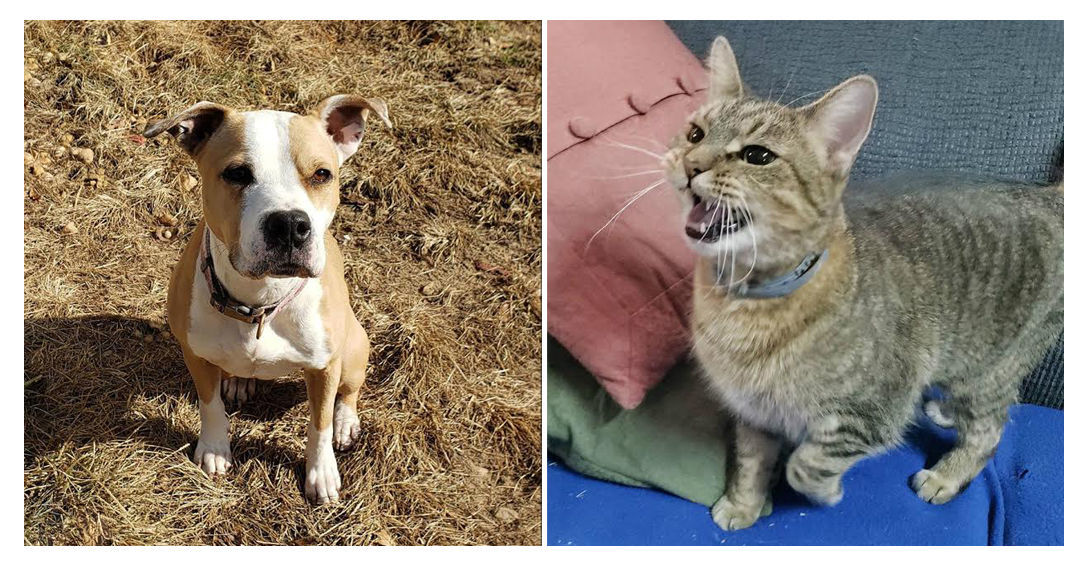 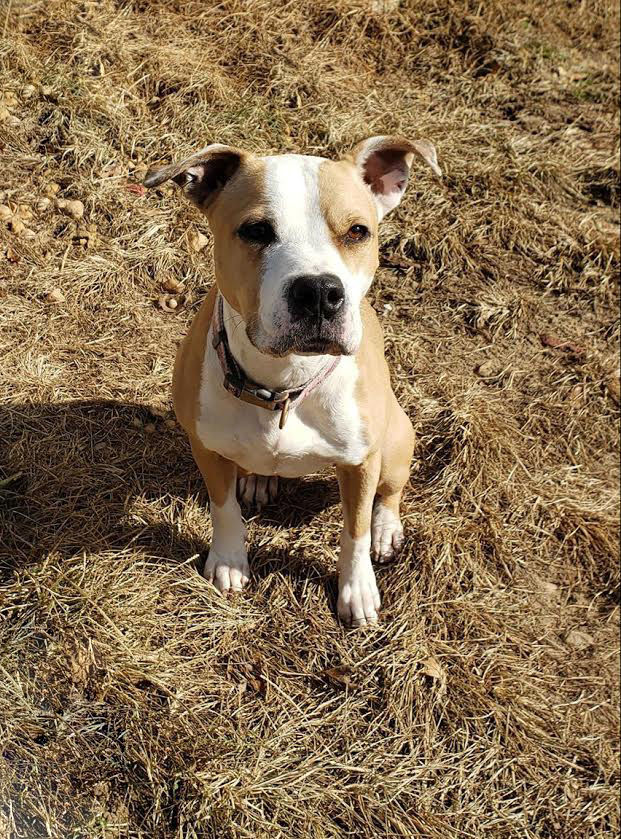 MONTICELLO — Among the numerous dog and cats to call Happy Tails Animal Shelter home, two stand out most.

And they couldn’t be any different.

One is Tica, a soon-to-be 9-year-old pitbull mix. The other is MaryAnn, a 3-year-old tabby stripe. They’re the elders of homeless pets, so to speak, in terms of time spent at the no-kill shelter. Both love human contact and are searching for seemingly elusive “forever” home.

“Tica loves to be petted and paid attention to,” said Sandy Suray, Happy Tails Animal Shelter board member. “All of our volunteers would love to adopt her, including me.”

Tica was transported to Happy Tails roughly 12 days before Christmas 2016. She was a companion dog for a teenager and seemed to only want one volunteer near her at any given time.

“That was OK because she was new with us at the time,” Suray said.

A family adopted her and Tica did well with one of the children, but didn’t want anyone else near the child with whom she bonded. About a year later, Tica was adopted by a married couple.

“They knew the situation and were willing to give her a chance,” she said. “They had no children and no pets, which made it perfect.”

Tica did well on the first weekend in the new situation. But when the husband came home from work, Tica wouldn’t allow him into the house.

“He called his wife, she came home opened the door and Tica was happy to see them both,” Suray said. “It seemed Tica bonded with the wife at that point. Tica would be fine with both unless the man stood or sat near his wife.”

When that happened, Tica growled and show her teeth. The couple worked with the dog for about a month, but Tica became more attached to the wife. Tica also didn’t want the man near her.

“They brought her back and the wife was in tears,” Suray said. “We have come to the conclusion Tica was trained as a guard dog for one person to protect and not as a companion couch dog.”

Another theory, Suray said, may be that Tica was abused or teased and protected the one person with whom she first bonded.

“(Tica) has to be the only pet in the home and only have one owner,” Suray said. “She is used to the volunteers so it is easy to give her hugs and kisses on her head; this is what I do. When a visitor comes in — one she does not know — she becomes very protective of her shelter.

“If one of us is standing by her cage and we try to quiet her down, she will not listen to us. She is in her protective mode,” Suray added. “When she’s with only one person or with all of us who take care of her, she is an angel.”

Tica was diagnosed with a “thyroid problem,” but it is under control with a special food — both wet and dry. She also receives medication twice per day.

MaryAnn wound up at Happy Tails as a stray picked up by Animal Control and transported to Monon Veterinary Clinic on July 2, 2017. She wasn’t too thrilled with the shelter at first.

“She was not a happy camper,” Suray said. “She was very inward and did not want to be handled or petted.”

Now, MaryAnn “has learned she is loved and cared for,” Suray added, but still isn’t sociable with other felines.

MaryAnn is “on the hefty side” and doesn’t get much exercise. She also doesn’t interact with other cats, but enjoys her double-decker cage at the shelter.

But like Tica, the volunteer staff adores MaryAnn because of her “quiet soul” and allows anyone to pick her up.

“MaryAnn is a kitty cat we all adore,” Suray said. “We feel sorry for her, for she has been with us the longest of the cats.”

That’s why Suray and staff hope Tica and MaryAnn are adopted soon, or else they’ll spend another holiday season inside the shelter.

“Every one of us who volunteer have cats and dogs … who have been adopted,” she said.