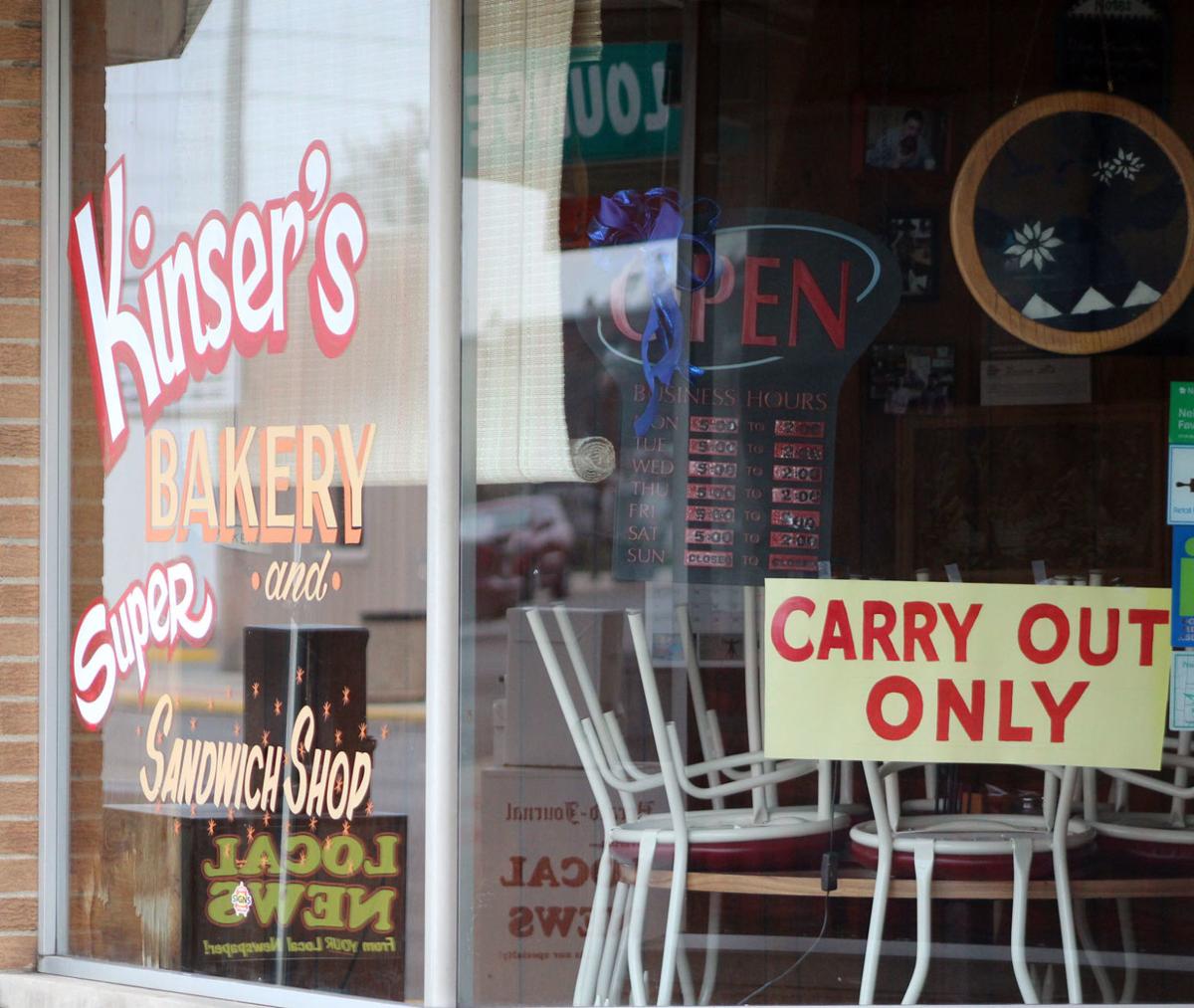 Kinser’s Bakery, in Monticello, is open for carry-out. Donuts will be at the gas stations to whom they deliver, as well as in the bakery. 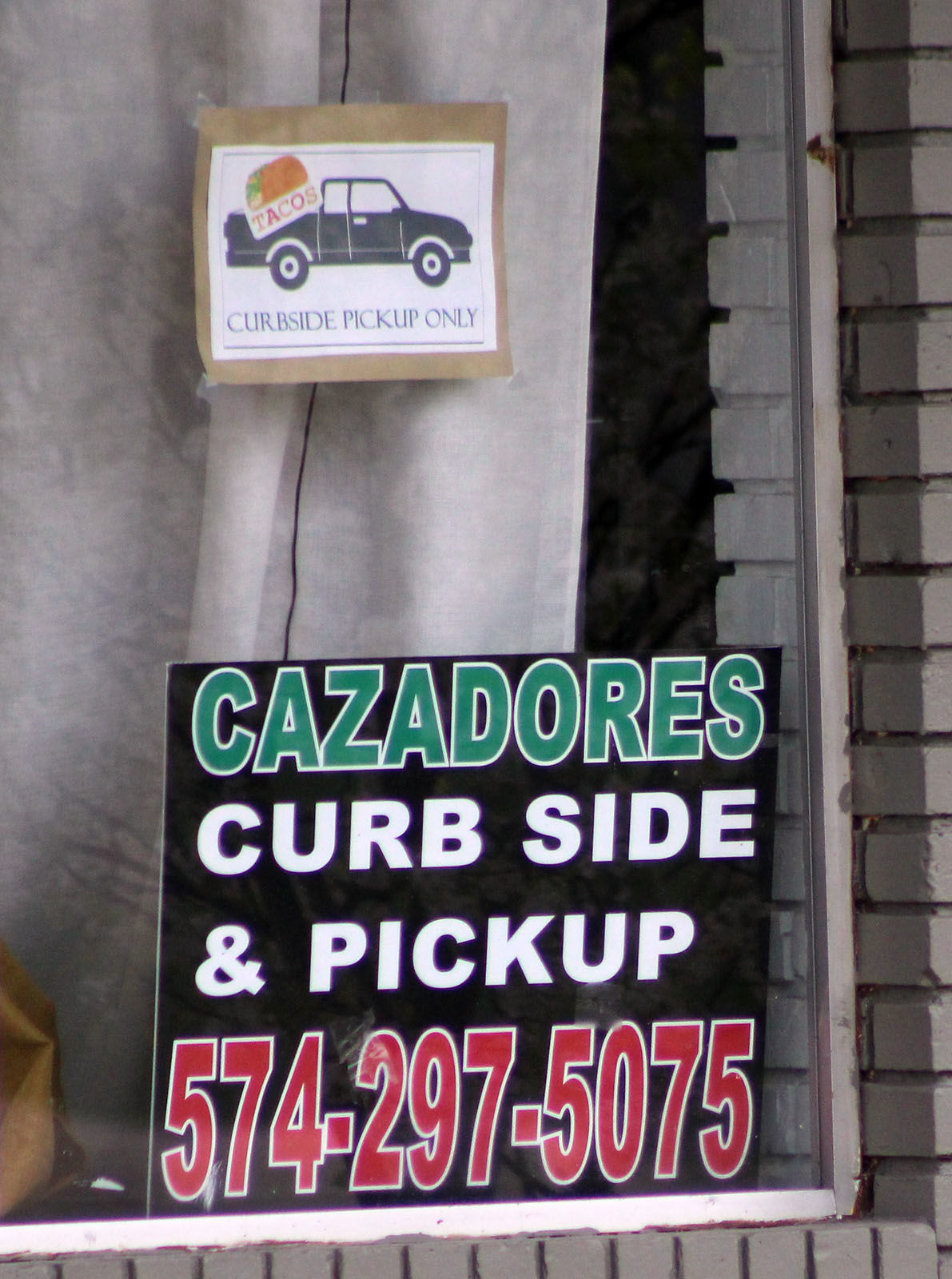 Cazadore’s Mexican Restaurant, primarily a dine-in and take-out restaurant in Monticello, has had to adapt to curbside service due to the COVID-19 health emergency. 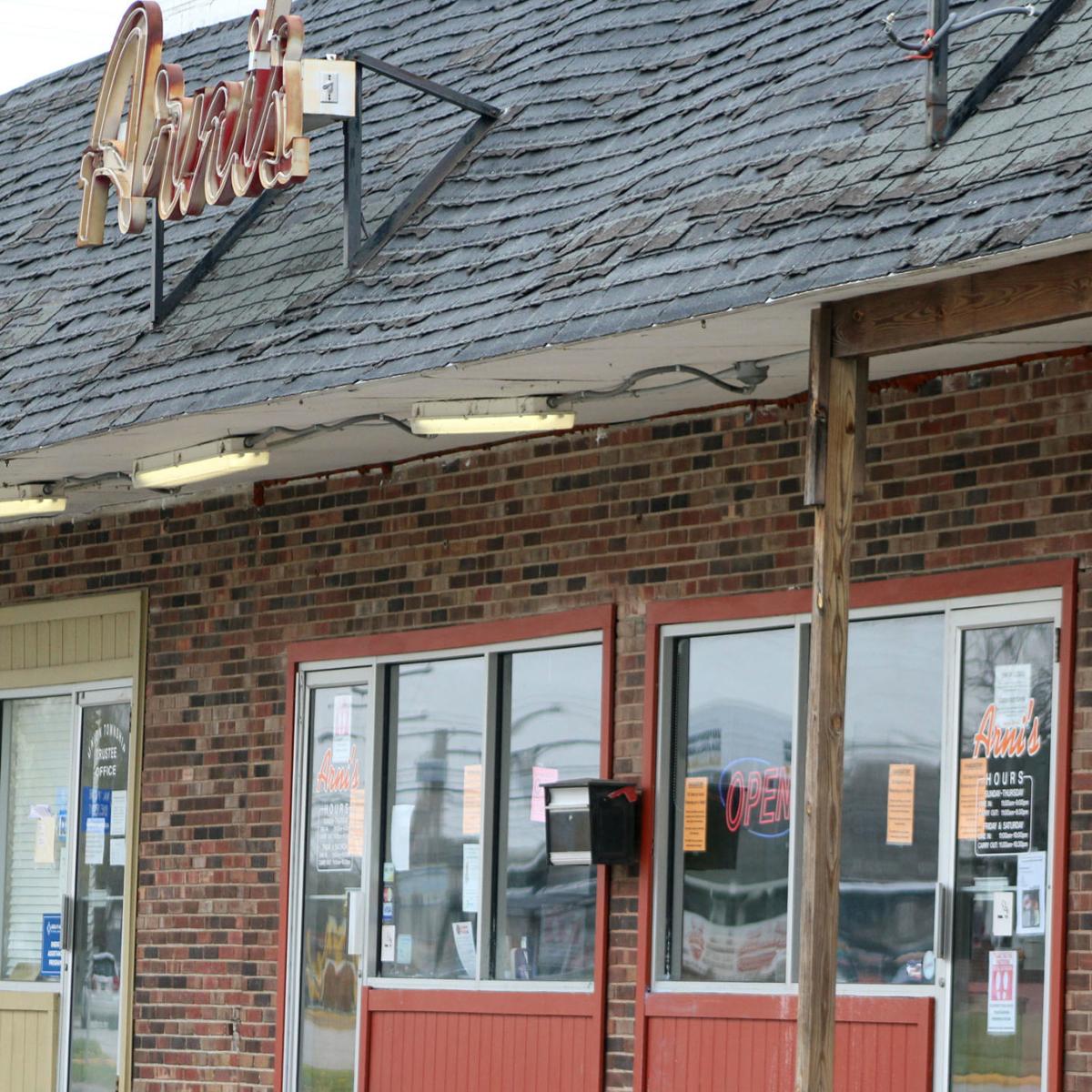 Arni’s in Monticello is primarily a carry-out store and has been less affected by the coronavirus restrictions. 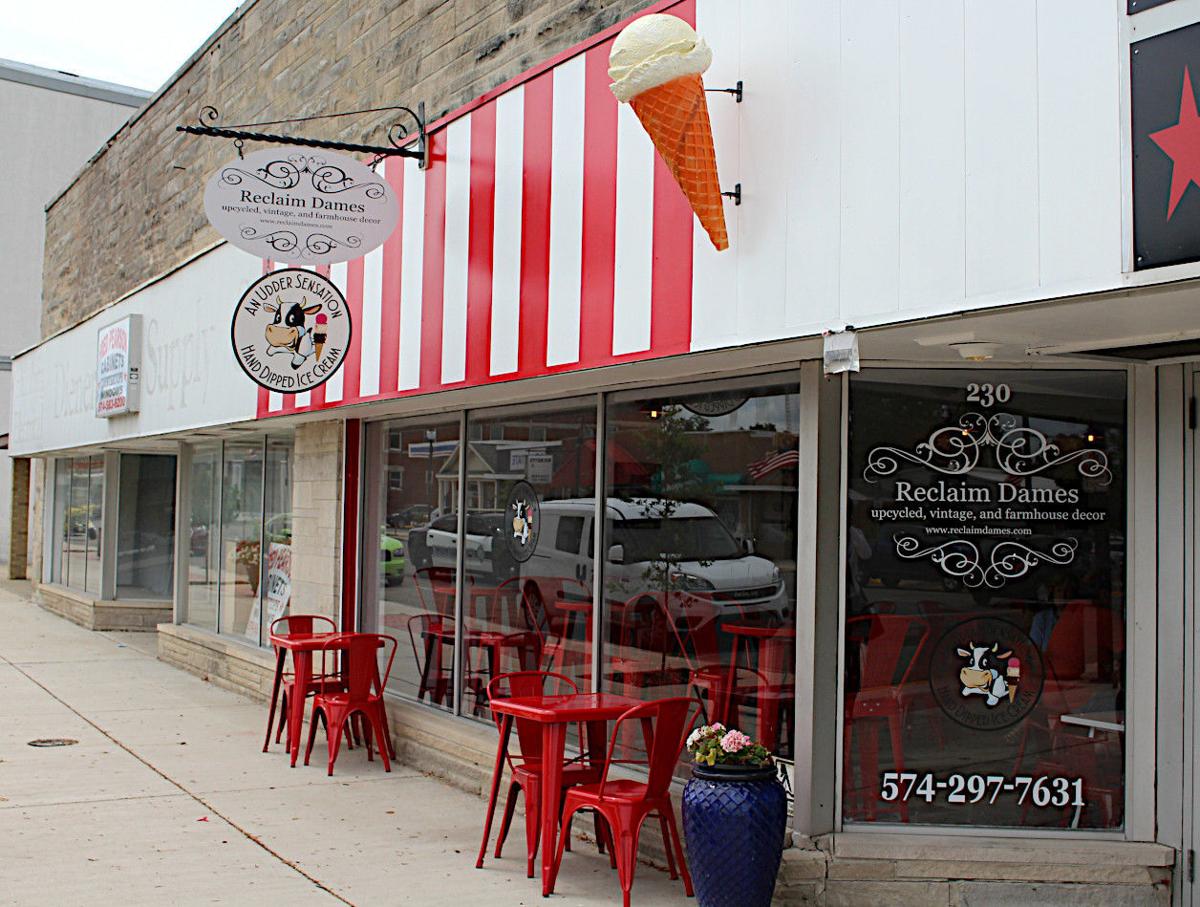 Udder Sensation is one of many local restaurants and eateries working through the COVID-19 pandemic and the shutdown of an in-dining experience.

Kinser’s Bakery, in Monticello, is open for carry-out. Donuts will be at the gas stations to whom they deliver, as well as in the bakery.

Cazadore’s Mexican Restaurant, primarily a dine-in and take-out restaurant in Monticello, has had to adapt to curbside service due to the COVID-19 health emergency.

Arni’s in Monticello is primarily a carry-out store and has been less affected by the coronavirus restrictions.

Udder Sensation is one of many local restaurants and eateries working through the COVID-19 pandemic and the shutdown of an in-dining experience.

Three pages of results pop up alongside a map that highlights designations from the J&J Road House in Brookston to the B-Vill diner in Burnettsville. From Wolcott Café & Catering and Roots Eatery and Pub to Whistle Stop Restaurant.

The majority has takeout or curbside delivery available, which has helped to keep things going.

“We’re grateful that we’re open and grateful that we’re looked at as an essential place customers go to order food,” Arni’s co-owner Brad Cohen said of the Monticello location, as well as the chain’s 17 other locations in the state. “It’s good to be local since we’re all ground into our locales, our homes and towns. That’s what people are thinking about at this time.”

Most of Arni’s locations are geared more toward takeout, Cohen noted. Monticello’s location has a few dine-in booths, but their utilization isn’t what the restaurant is known for.

“Carry-out stores like Monticello are less affected than the full-service restaurants. My Monticello store specifically does a great job of taking care of the customers,” Cohen said. “The smaller stores are hanging in there and doing pretty well, all things considered.”

Within White County, only a handful of eateries have completely shuttered their doors because of the COVID-19 pandemic. The rest have pushed through in any and every way possible.

“We are lucky to still be in business,” Monical’s Pizza spokesman Dustin Mathewson stated via email. “It’s due to a great community who has supported us in these difficult times. We have maintained our staff and look forward to keep providing delivery and curbside pick-up.”

Riverside Pub and Restaurant manager Autumn Lutchka stated via email, “COVID has most definitely taken its toll on our business. We have had to adapt from specializing in dine-in experiences to curbside and delivery. We have also started selling whole ribeyes to our patrons, cut to their preference when we can get them in. We are adapting and finding new ways to provide to our community.”

The Taco Shoppe posted on its Facebook page it has affixed an outdoor sign above a window at its Broadway Street location and will provide basic curbside service through the window in order to comply with regulations. It has yet to open, but “hopes to” by May 1.

“When the danger of the virus is gone then we will go back to picking up and ordering inside,” read the post. “For now you’ll be able to order at the window or call your order in. We look forward to getting open and seeing all of you.”

As another smaller niche shop, The Udder Sensation has felt a bit of a crunch. Owner Sharon McKinley had just ordered $3,000 worth of ice cream, anticipating the summer months to come. Her four-person staff was also set to add at least three summertime-oriented workers, if not more.

“Of course, we were getting geared up for the summer traffic, and this hit. Clearly, that timing wasn’t good,” she joked. “Pretty much every dime we make right now goes toward that invoice.

“It’s been rough, even with curbside pickup. It’s not ideal, but on warmer days business has picked up. But it’s nowhere near where we should be … but it’s not because everyone is suffering as well.”

McKinley was able to pick up a small amount of funds through a Patronicity campaign, which she expressed gratefulness for because “I know everybody in the community is struggling, so it makes me more appreciative when they put money into my little business.”

When the state-mandated orders came down, McKinley became the lone worker. Like nearly everyone else, hours of operation were scaled down. She let her entire staff — summer trainees and regulars — go, which crushed her.

“One of my best employees wanted to work all summer because she’s paying her own way through college,” McKinley said. “It breaks my heart because I would have given her as many hours as she needed. It’s absolutely disheartening.”

At first, it was the same way for Rugie’s Dugout. Owner Rudy Vargas had 26 employees between it, Whiskey & Wine Saloon and Anchor Bay Resort when the statewide mandate was handed down. He laid off 24 people.

“When we thought it was just going to be two weeks, we were going to run it as tight as we could,” Vargas said. “Basically it was me, our two managers and once a week we’d bring in a cook to give us a hand. I’d do all the deliveries.”

He lost 54 tables’ worth of potential income, but the phone lines have been steady. Because of that, he’s slowly rehired most of his workforce to pick up shifts and to make deliveries.

“We’re back to 20 about now, with a lot of servers and bartenders doing deliveries to get them tips and some income coming in,” Vargas said. “And everyone’s been great with tipping them and taking care of them in that aspect, which is awesome. I appreciate that more than anything; that people are taking care of the drivers. The town has really taken care of everyone in that way.”

Rugie’s is the operations center for both restaurants. Vargas couldn’t quantify how much his businesses’ have been impacted, but noted “of course, sales have. This is our 40th day altogether in this thing.” Most scheduled events for the saloon have been postponed or cancelled through early summer, according to Vargas.

The downtime allowed Vargas and his staff to do a small amount of remodeling that amounted to simply spacing out the tables more in order to comply with social distancing edicts should in-house dining return over the summer.

Udder Sensation has done the same thing with its outdoor seating, should patrons choose to sit outside in public.

“Even when we do come back, we don’t know what it’s going to be like,” he said. “The worst part is you can’t tell anyone anything. Everyone wonders when it’s going to be back to normal, and no one has the answers.”

Cohen and McKinley echoed those thoughts. McKinley is also immuno-compromised, but keeps trekking along because, “What are you going to do? I have bills to pay.

“All of us do — grocery stores, other restaurants, we’re all putting ourselves at risk to stay afloat.”

One thing she appreciates is the community’s response, specifically that of her fellow restaurateurs.

“I’ve done Cazadores and Sportsman’s and Rugie’s,” she said. “I frequent those places when I can because we’re a community.”

For a list of businesses providing services during the COVID-19 health emergency, see Page 8