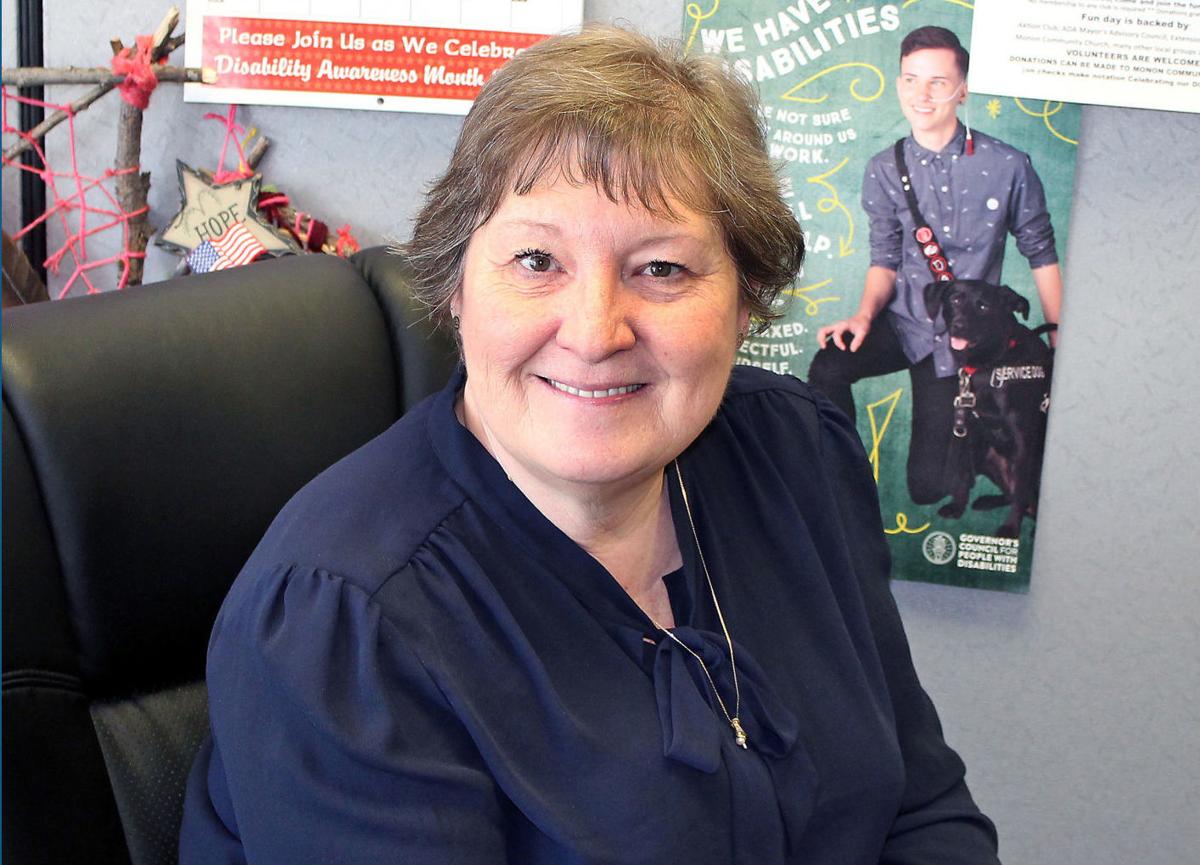 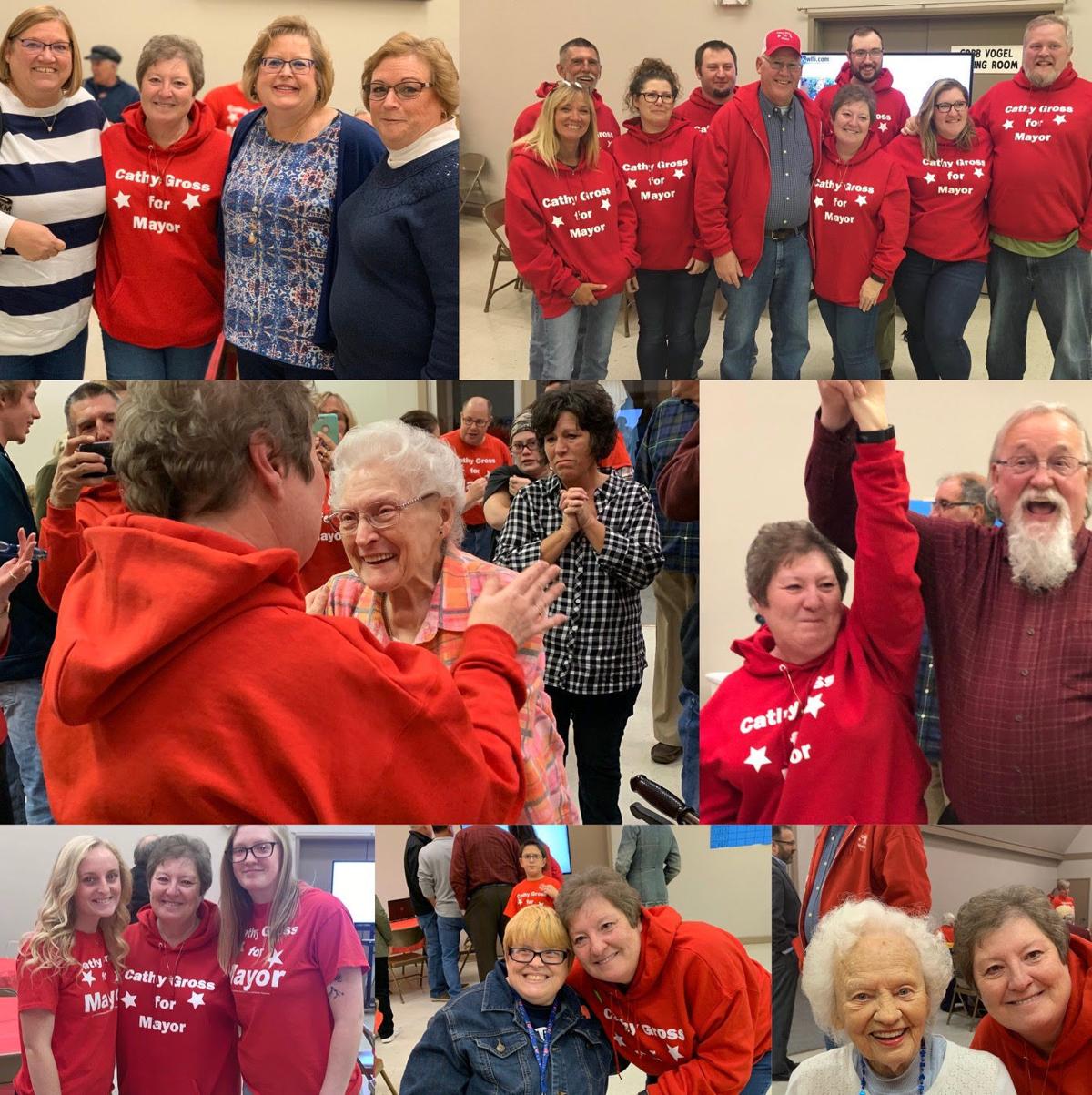 A collection of photos of Cathy Gross and her supporters Tuesday night at the White County Courthouse. 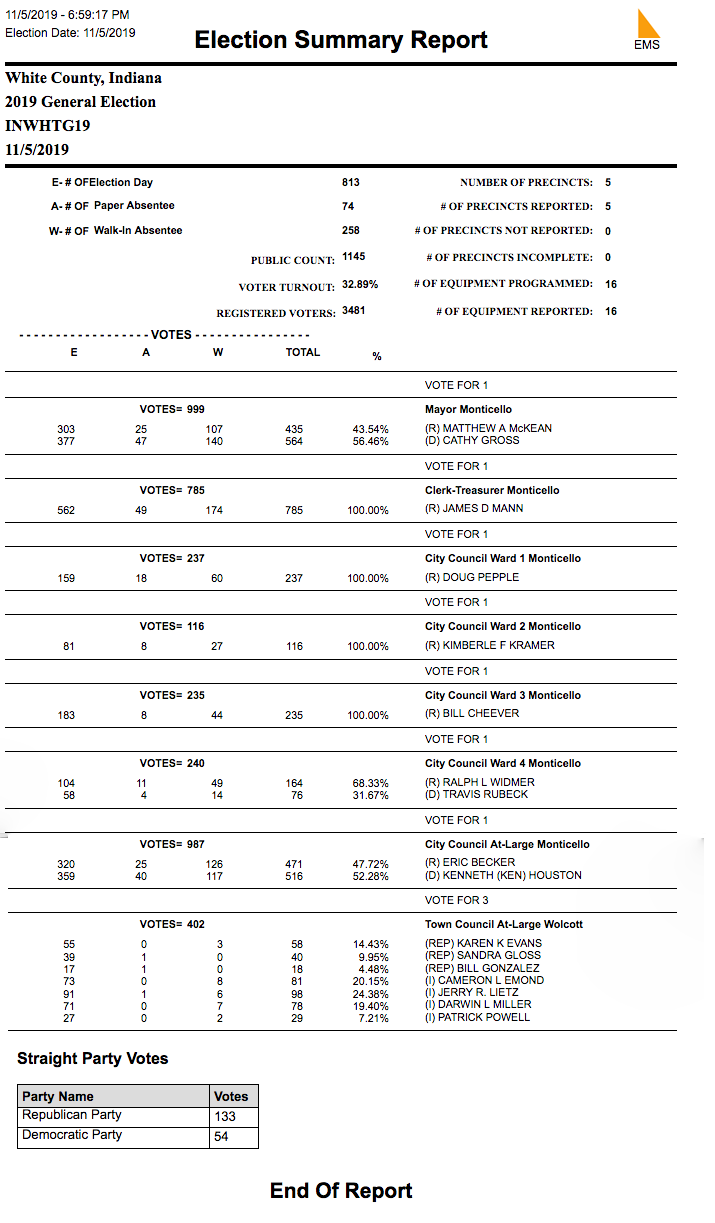 MONTICELLO — No matter who earned the most votes, Monticello was getting a new mayor.

Cathy Gross, the city’s current ADA and Title VI coordinator, is the new mayor after she grabbed the lion’s share of the votes cast Tuesday in the Monticello Municipal Election.

"I'm profoundly grateful for the overwhelming love and support from our community and am ready to serve you as mayor of Monticello," Gross said Wednesday morning in an email newsletter to supporters. "This was a real grassroots campaign made up of a diverse group of community members and volunteers who not only gave their time and energy, but kept me motivated and inspired."

Clerk-Treasurer James Mann, Ward 1 Councilman Doug Pepple, Ward 2 Councilwoman Kim Kramer and Ward 3 Councilman Bill Cheever all ran unopposed, with Cheever locking up the seat with his May primary win over fellow Republican Tim McQuinn. There were no Democrat challengers.

In Wolcott, seven candidates competed for three open seats on the town council. The three top vote-getters then earn those seats in which 402 total votes were cast.

The county clerk’s office will certify the election results within 10 days.

Rain and snow this evening transitioning to light rain late. Low 34F. Winds ESE at 5 to 10 mph. Chance of precip 90%.

Rain and snow this evening transitioning to light rain late. Low 34F. Winds ESE at 5 to 10 mph. Chance of precip 90%.

Rain likely. Temps nearly steady in the mid to upper 30s. Winds ESE at 5 to 10 mph. Chance of rain 80%. Rainfall around a quarter of an inch.