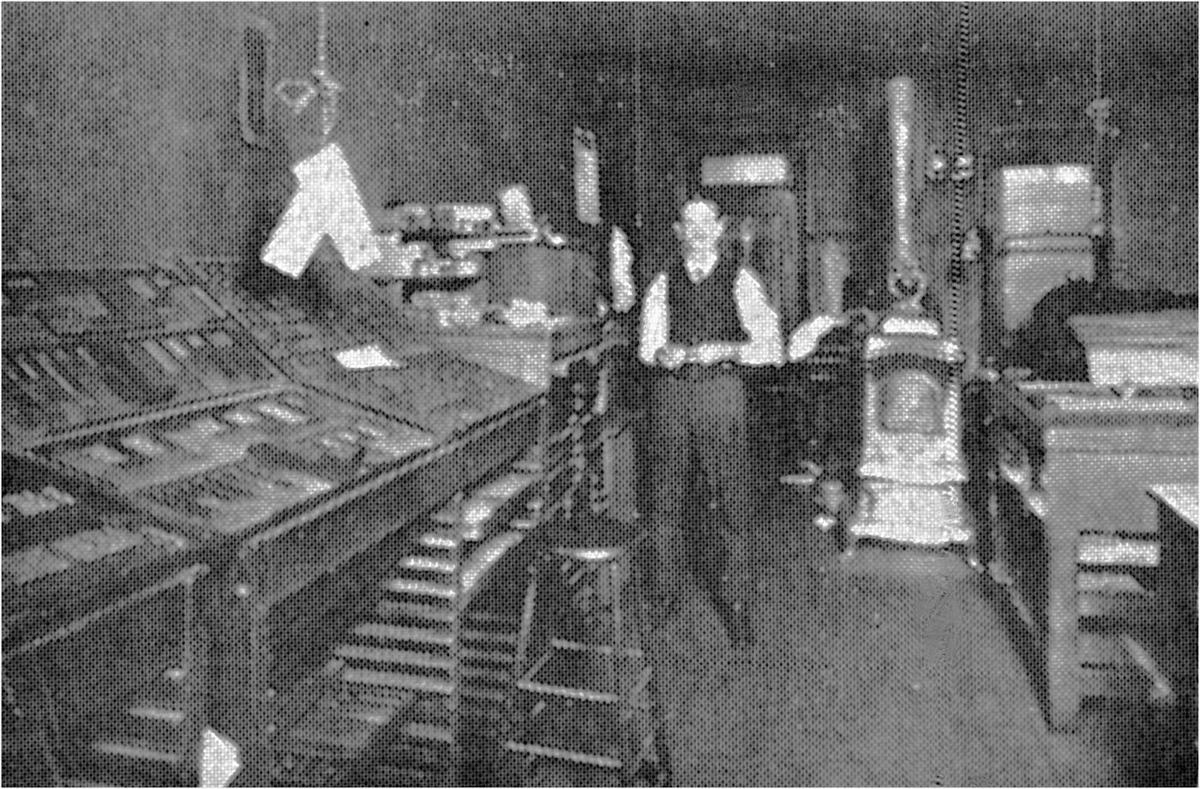 This photo shows the interior of the Burnettsville News building, a typical sight in the early days of newspapers. 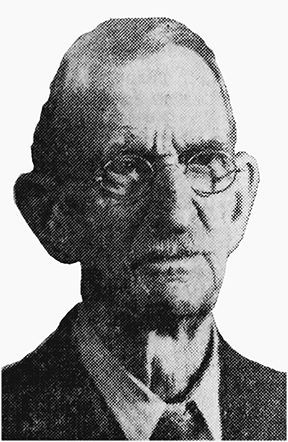 This photo shows the interior of the Burnettsville News building, a typical sight in the early days of newspapers.

The Herald Journal is republishing Kean MacOwan's column that first appeared in the Sept. 5, 2018, edition.

If you have followed this column over the last year, you will remember the article on Burnettsville’s newspapers. Today we will share “the rest of the story.”

This week’s article reminds me of the Milton Bradley game “Twister” that came to market in 1966. The similarities of this blockbuster game and today’s article are remarkable.

The Milton Bradley game used real people as game pieces. As you will see in this article, we will focus on newspaper people. The “Twister” game is the movement of people. As you read this article, your head will spin trying to follow the careers of newspaper “game pieces” — people going in and out of the newspaper business.

This was the first newspaper that was actually printed in the town of Burnettsville. Doan raised the subscription price of his paper immediately, knowing that previous area newspapers failed due to lack of subscriber funding and lean ad revenues.

Doan changed the new paper into a seven-column format. Mr. Doan continued to publish the paper until February 1915 when he sold the News to Artie Orland Townsley and Frank Beshoar.

Doan started a newspaper in Rossville, the Rossville News. Doan sold this paper in the spring of 1921, but the new owners failed to make the agreed upon payments, forcing Doan to retake and resume publishing in 1922.

Doan left the newspaper business and became an agent for a fire insurance company in the Tipton and Kokomo area. In 1929, he moved to Arcadia in Hamilton County just north of Cicero, where he retired. Doan died of a heart attack in 1935 and was buried in the Crown Point Cemetery in Kokomo.

Townsley and Beshoar, the new owners of the News, were two young Burnettsville men known for their business acumen but in totally different industries. Publishing a newspaper wasn’t exactly their field of expertise.

Beshoar left after one year and, on Oct. 17, 1919, it was announced in Monticello’s White County Democrat that the Burnettsville News was sold to the Rev. William Aye, a resident of Royal Center.

Aye preached at the Methodist churches in Royal Center, Burnettsville, Webb’s Chapel and Lake Cicott. I ask the reader, “Does anyone see a problem coming?” Aye returned to preaching the gospel exclusively in a mere 19 months.

Yes, another “Twister” game piece is out of the game.

As you can see, the constant turnover of the newspaper gave the subscribers an uneasy feeling about the survival of their hometown news. What was needed was an experienced, focused and committed newspaper publisher. They desperately needed someone that could take the bull by the horns and make the Burnettsville News a legacy newspaper. That opportunity soon arrived.

Before we blurt out the “Twister” hero that turned the newspaper into a well-read, lively publication and one that attracted volumes of advertisers, we will need a little background and depth of experience of the man who turned the Burnettsville News into a legacy newspaper.

Let’s introduce the Newton Brothers of Fulton County. Two brothers from Kewanna became instrumental not only in Burnettsville but also in Monticello.

One brother was Charles E. Newton, whose first foray in the newspaper business was the purchase of the Kewanna Herald in 1888. Charles changed the organ to a Republican newspaper. Charles’ brother, Ed F. Newton, helped him with the paper. In June 1893, Ed left to become the foreman of the Sentinel newspaper in Audubon, Iowa.

Ed F. Newton leased the Monticello Herald from 1900 to 1903 from Publisher J. B. VanBuskirk. On Jan. 1, 1904, VanBuskirk, the sole owner of the Herald, resumed running the paper.

Where did Ed F. Newton end up? At the end of 1903, the Newton brothers reunited and purchased the Monticello Journal from Publisher Fred A. Clarke. The Monticello Journal building was located across the street from the Forbis Hotel at 136 S. Main St. The building was destroyed during the 1974 tornado and today the space is occupied by Jimmerlane Computer Service Plus.

In November 1912, the Journal, White County Democrat, Reynolds Journal and Idaville Observer merged in a buyout by Abram B. Clarke, Charles Foster and James P. Simons.

Charles left the Monticello Journal and engage in the newspaper business working with the Sebring Times in Sebring, Ohio. In 1918, we find Charles leaving the publishing business altogether to work in government service as a production clerk in the ordnance department stationed in Alliance, Ohio.

At the time of his death in Ottawa County, Okla., in 1932, Charles was in the commercial printing business.

Now let’s follow Ed for a moment. He left Monticello and settled in with the New Castle Daily Times sometime before 1918. In May 1921, Ed purchased the Burnettsville News and returned to White County. After running the paper for three years, he sold it to Ernest Stewart of Benton Harbor, Mich., in 1924.

Fast forward: We find that in April 1925, Ed bought back the Burnettsville News.

Under Ed Newton’s guidance and financial acumen, the Burnettsville News flourished. If you look at issues of his paper, it is full of advertising; and for the geographic area that it served, the paper did very well.

Ed knew every aspect of the newspaper business. He could jump in and perform any and all functions required to get a paper on the streets. An article that appeared in the Logansport paper called Ed F. Newton the “dean of the White County newspaper men.”

Lofty title, but it was indeed true. I would have to place Ed F. Newton as the grand champion winner of the newspaper “Twister” game.

The Burnettsville News was housed in what was known as the Gardner building and faced 4th Street in Burnettsville. The building itself was a single story brick structure and stood directly behind Brown’s Drug Store.

White County Historical Society board member Jeff Saylor recalls from his father that one could always tell when Ed was printing the News because one heard the hit and miss gas engine fire up to power the printing press.

Ed published the Burnettsville News until Dec. 30, 1943. Ed had traversed the newspaper business for about 55 years.

The end of the News was precipitated not by a lack of business, but rather a lack of help coupled with Ed’s failing health over the previous year and a half. The area was devoid of young men to bring into the business due to the enlistments of World War II. During the war years, you could not get workers at any price.

With the close of the newspaper, the subscribers list was sold to Lawrence O. Corey, who owned several of the newspapers published in Monticello. Corey sent the current News subscribers issues of the White County Democrat to fulfill their subscriptions.

E.F. Newton was a key figure in the growth and expansion of newspapers in White County. He was involved with five different newspapers in the county.

Newton never married and, as his health declined, he was admitted to Lakeview Home north of Monticello.

Ed was born in Kewanna, Fulton County, in 1861, which meant that he closed the Burnettsville News at age 82. He passed away Aug. 27, 1955, at the age of 94 in Logansport’s St. Joseph Hospital. Newton was buried in the Kewanna Cemetery.

One must sat that Ed was certainly persistent when it came to the newspaper business.

Partly cloudy early followed by scattered thunderstorms this afternoon. High around 85F. Winds SSE at 5 to 10 mph. Chance of rain 60%.

Thunderstorms likely this evening. Then a chance of scattered thunderstorms overnight. A few storms may be severe. Low 67F. Winds S at 5 to 10 mph. Chance of rain 90%.

Considerable clouds early. Some decrease in clouds later in the day. High 83F. Winds NW at 5 to 10 mph.