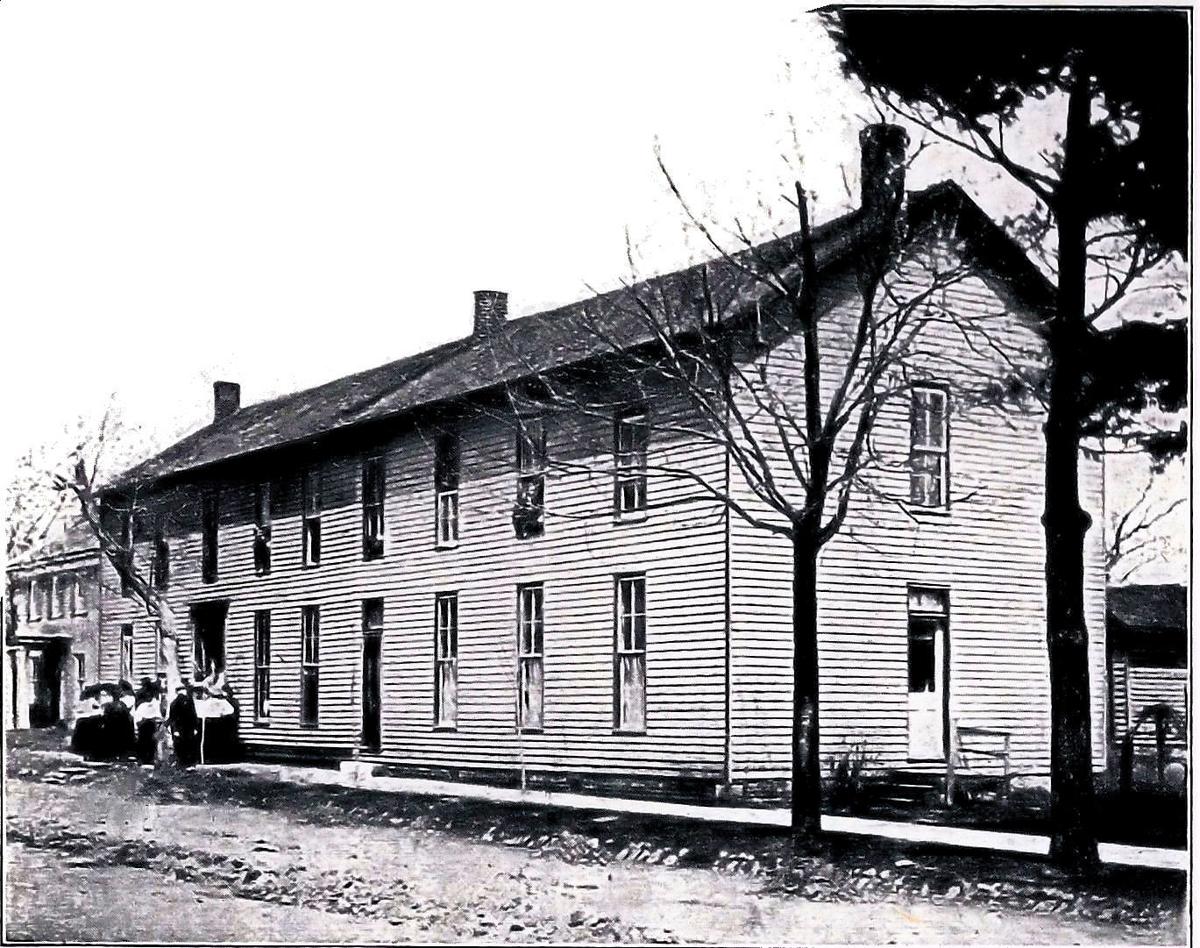 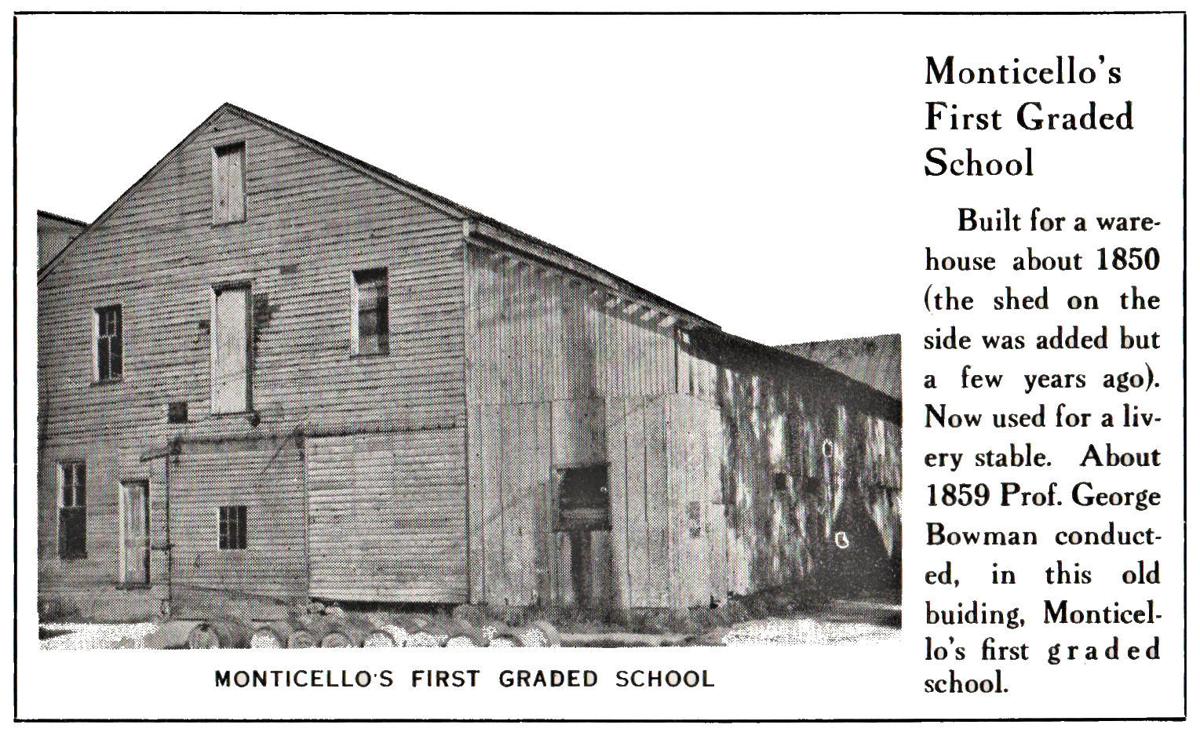 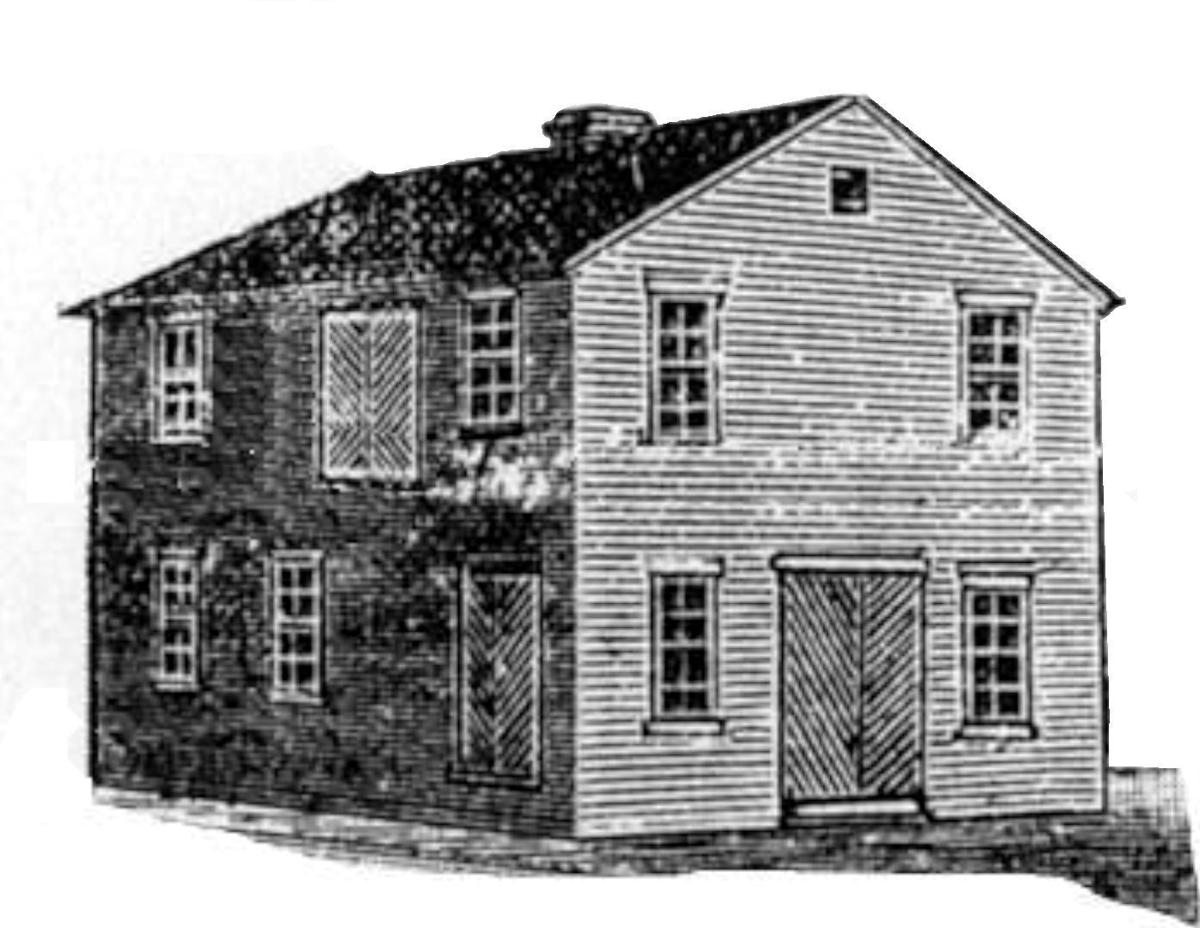 The Herald Journal is republishing Kean MacOwan's column that first appeared in the Oct. 3, 2018, edition.

The March 29, 1918, edition of the White County Democrat featured an article about State Fire Marshal McCall’s condemnation and removal of nine Monticello structures.

McCall’s report requested that Chief Davis notify the owners of the buildings, giving them 60 days for the removal of the structures. The article went on to say that if the owners did not meet the deadline, the owners would face fines from $10 to $50 per day after the 60-day deadline.

Of the buildings that were condemned, several had been iconic structures in their day and were a large part of the historical legacy of not only Monticello, but also of White County.

The first of the buildings on the extinction list was the first graded school building that was started by George Bowman. Up until 1859, the schools were maintained by subscription and were held in any convenient place available.

The central figure was Professor George Bowman, who instituted what was called a graded school. The students were separated in classes — Primary, Middle, and Higher. Parents from White, Cass, Carroll and Pulaski counties would send their children to this school.

The teachers were: Miss Mary Bowman, sister of George Bowman, who was in charge of the primary grades; H.H. Tedford, middle grades; and Prof. George Bowman, the higher grades.

Bowman’s higher grades were taught college preparatory classes. The cost per month: 75 cents for primary, $1 for middle and $1.50 for higher. Payments were due at the end of each month. The length of each term was four months.

At the time, the school area residents provided room and board for out-of-town students for $2 a week. Groups of older students could rent apartments at the cost of $1 per week. Many students would take advantage of the new Panhandle Railroad and commuted daily to the Bowman School.

Another option allowed students to come to school on their horses where they boarded their mounts at the Iden Livery on the west side of South Main Street. The school was well attended and was the best in the area due to Prof. Bowman’s strict educational policies and curriculum. Townspeople at the time of the professor’s death signed petitions to erect a statue in his honor.

So where was this school located? The Bowman School, located at 114 E. Harrison Street, was owned by J.H. Read and had originally been built as a warehouse.

The furnishings were scant by today’s standards. The school desks and benches were homemade. A school bell was mounted above the peak but lacked a belfry for protection from the elements. It was in this building that as many as 80 students were educated prior to the Civil War.

With the outbreak of the Civil War, the school was closed and Prof. Bowman enlisted in the 12th Regiment and was elected captain of Company D. This company became known as the student company.

The majority of the young men in the company were former students of the school. Bowman was seriously wounded at the battle of Richmond, Ky., and was sent back home to Monticello. Bowman sat out the balance of the war.

So did they tear down the old school as ordered by the state fire marshal? Yes, they did. Shockingly, nothing survives of the makeshift school — not even the bell.

The second building on the list of condemned historic buildings was the first White County Courthouse, originally located on lot No. 29 on the east side on South Main Street, across from the current Methodist Church. The old hewn log courthouse had been erected in 1837.

At the time, McCall mandated the removal of the old courthouse; the edifice would have been 81 years old. During the construction of the 1848 White County Courthouse, the structure housed the family of George Brown, who was the contractor of the courthouse under construction.

When the 1848 courthouse was being erected, the old log cabin courthouse was relegated to being a harness and saddlery shop on the first floor with the Prairie Chieftain newspaper occupying the second floor. The structure was soon moved to the northwest corner of Harrison and South Main, where it became a livery owned by Townsend P. Iden, the keeper of a hotel on South Main Street.

Later, this out-of-date, crude structure was moved around the town for varied uses and ended up on the Southside Feed Barn. Today this would be the location of Dr. Peter Dyer’s Chiropractic office and Kelly’s Interiors.

So what happened to this historic landmark? The old courthouse was torn down per McCall’s instruction and the pieces were sold at auction for the mere value of the wood on May 24, 1919 at 1 p.m. At the time, the lots were owned by the J.F. Horner Auto Co. V.D. Clyne was the auctioneer.

If I could get my hands on a time machine, I would go back and purchase the old courthouse. I am dumbfounded that no one stepped up to save this historic structure.

The third and final historic building McCall condemned was the St. Elmo Hotel between Marion and North streets. Today, this would be the location of the White County Annex building, 315 N. Illinois, that houses the Board of Health.

The hotel was built by Dr. Harrison P. Anderson about 1869 to board the men engaged in building the West Grade School on West Broadway, now the site of the Union Township Library. At the time, the structure was called the Anderson House.

Dr. Anderson was superintendent of construction of the West Grade School. After the school was completed, the hotel serviced passengers on the Panhandle Railroad. The Panhandle Depot was located at the corner of North Dewey and North Street.

In 1873, a south wing was added to the building. In the spring of 1884, Mr. L.S. Engle, a native of Pennsylvania, purchased the hotel and was proprietor until his death in 1887. It was Mr. Engle that gave the hotel the moniker of “St. Elmo” in honor of the luxury St. Elmo Hotel in Philadelphia.

During his proprietorship, many distinguished men dined within its walls. These included Sen. Turpie and Judge Baldwin, of Logansport.

The White County Democrat newspaper announced in May 1888 that Mrs. Engle sold the building to Mr. Robert Little, of Delphi, who leased the hotel to Capt. Eaton, of Brookston.

Eaton ran the hotel until 1890. At that time, the hotel was purchased by Mrs. Catherine (Stewart) Sills, who owned it until her death. The hotel was bequeathed to her son, attorney Addison K. Sills Sr.

On Aug. 23, 1905, the West School was destroyed by fire. The St. Elmo was immediately transformed into the high school, with students attending classes on Sept. 11, 1905. The hotel served as the high school with 155 students enrolling for classes.

Other rooms were assigned for places to study. Monticello High School students actually graduated from the St. Elmo in 1906, complete with commencement exercises that took place May 29, 1906, at the opera house in Monticello. The salutatorian was Clarence Downey, of Buffalo, and Ervine C. Gardner was the valedictorian.

In 1906, the opera house was known as the William’s Theater and was located at the space of Lakes Theater on South Main Street.

In the end, the fire marshal’s visit to Monticello required the owner to tear down the St. Elmo Hotel. In a brief article in the Monticello paper, it was noted that Samuel A. Condo owned the hotel at that time.

Condo tore down the hotel and the article stated that it would not be rebuilt. The 50-year-old St. Elmo became a mere historical footnote. No artifacts survive from the old hotel.

At this juncture, we have to ask ourselves an important question: Do we continue to follow the path of our ancestors and just ignore historical structures that were once a major part of the historical record? Hats off to those who say “enough is enough!”

I cite the example of the Monon Civic Preservation Society buying the old Monon Theater in 2013. While the process is slow, they are indeed making progress in the restoration of this 1938 structure.

What are other communities doing to preserve their past? What will become of the old fire station in Monticello? This historic landmark was built in 1904 when city leaders determined they needed a City Hall. Will this structure become yet another parking lot?