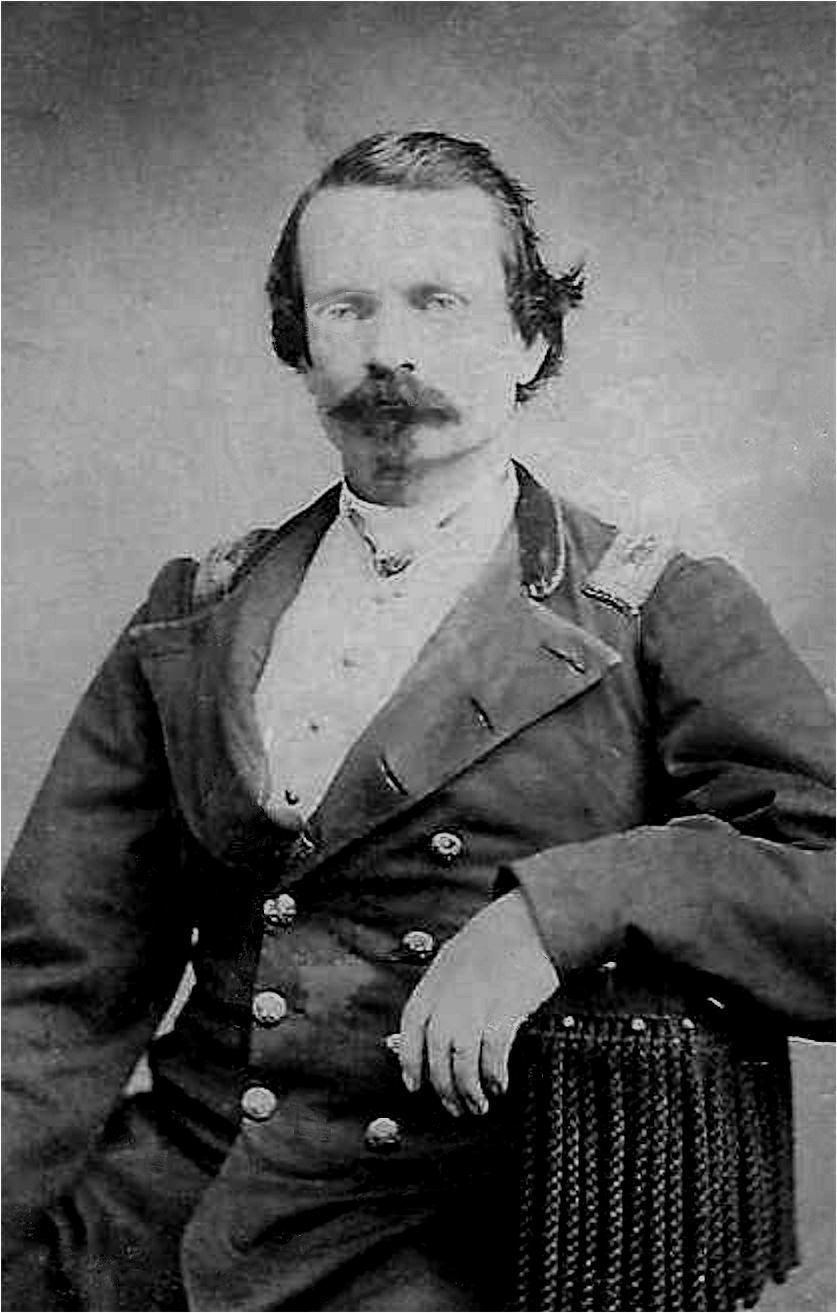 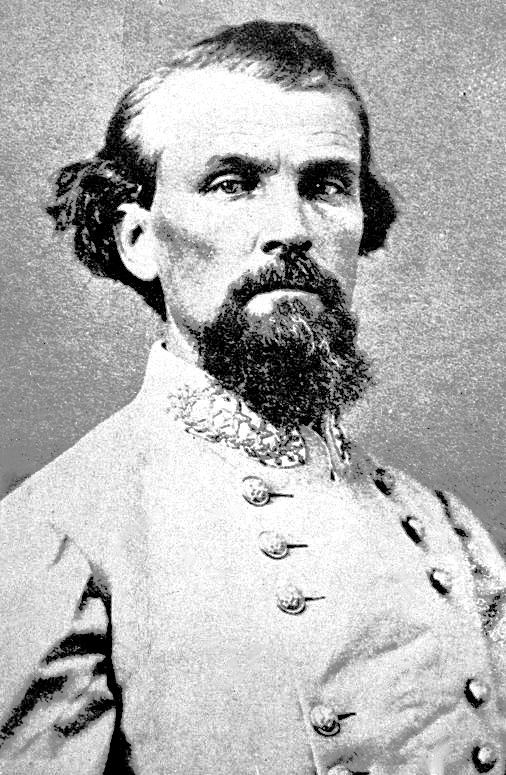 Advertisement from the Prairie Chieftain

Advertisement from the Prairie Chieftain

When I originally started researching Judge Alfred Finch Reed, I thought I would be researching and writing about a man who was a noted lawyer and later a judge of the Court of Common Pleas for White, Benton and Carroll counties.

What I found was a “writing trip” that would remind one of a “road trip” to Louisville.

You see, I was heading down the road with a preconceived destination that soon met with a huge detour. I soon found that Louisville wasn’t my destination at all; I was headed to the East Coast and would become entrenched and embroiled in Civil War history that culminated in New Orleans and Mobile.

It got crazy in a hurry!

He was born in Clark County, Ohio, on Feb. 3, 1824, came to Indiana in 1859. In February 1861, seven Southern slave states individually declared their secession from the U.S. to form the Confederate States of America, or the South. The Confederacy grew to include 11 slave states.

On April 12, 1861, Fort Sumter came under attack by Confederate forces and was seized. At the outbreak of the Civil War, in April 1861, a crack troop of soldiers formed in White County known as the Monticello Rifles.

After forming the company, they entered into vigorous drilling exercises to be prepared for what everyone knew would happen. The Monticello Rifles notified Gov. Oliver P. Morton that they were ready to serve the Union cause.

On May 9, 1861, they learned from Morton’s dispatch that their services would not be required. They were ordered by Morton to send their guns to Indianapolis. The Monticello Rifles were in disbelief.

In response, they did send their guns to Indianapolis with the following resolution: “Resolved; That we shall maintain our organization and keep alive the tender of our services to the State at any time they may be required.” In mid-May they were notified that their services had been accepted and they were ordered to proceed to Camp Tippecanoe in Lafayette on July 5, 1861.

This information created a sense of profound satisfaction and the general public voiced their pleasure in the Spectator newspaper with the following headline:

This was White County’s first entry into the Civil War. It was immediately announced that there would be a farewell meeting at the courthouse to send off the first troops.

The throng of people gathered and the proceedings were opened with prayer and music. The company of men formed in line and all the townspeople shook hands with each soldier and bid them farewell. A similar scene occurred the following morning at the railroad station where the company was presented with a beautiful flag and final speeches and farewells were made.

The Monticello Rifles had selected as their captain? Good guess … Reed.

Upon arrival in Indianapolis they would join other units that were incorporated into the 20th Regiment that was organized on July 22. Other officers of the company were White County men John T. Richardson, first lieutenant; Daniel D. Dale, second lieutenant; and John C. Brown, first sergeant.

The official designation of the company was 20th Regiment, Company K. This company suffered through four arduous years of the war. The first action engaging the enemy was at Hatteras Inlet in North Carolina. The company saw action at Merrimac, Cumberland and Congress. Later, the regiment engaged in the capture of Norfolk, the Peninsula campaign of the Army of the Potomac and the battles of Fair Oaks, Manassas Plains and Fredericksburg in 1862.

They participated in the battles of Chancellorsville and Gettysburg. In 1863 and 1864, engagements included the Campaign of the Wilderness, the sieges of Petersburg and Richmond, and the operations against the Confederate Army of Virginia. At war’s end, Company K was mustered out at Louisville on July 12, 1865. It is interesting to note that the original Company K was composed exclusively of White County men.

During the Civil War, Capt. Reed was wounded and captured at Glendale, Va., on June 30, 1862. Reed was part of a prisoner exchange shortly afterward and was returned to the Union lines. Reed resigned his commission on Dec. 19, 1862, and re-enlisted as lieutenant colonel of the 127th Regiment in the 12th Cavalry unit.

This unit mustered on March 1, 1864. It left Indiana on May 6 for Nashville, Tenn., where it was equipped. Only six companies were mounted. The mounted portion was sent overland to Huntsville, Ala., in command of Lt. Col. Reed.

The unmounted portion of the regiment was moved by rail and was assigned to protect the railroad from Decatur to Paint Rock, Ala. Reed’s mounted companies were engaged in eliminating the area of Confederate guerrillas.

Reed and his cavalry were involved in many skirmishes and minor engagements where quite a number of his men were killed or wounded. The regiment was transferred to Brownsboro, Ala., where the regiment remained until Sept. 15, 1864.

Brownsboro was a key rail route near the Memphis-Charleston railroad where it crossed the Flint River. This was a key supply line route for the Union cause.

Later it was ordered to Tullahoma, Tenn. The regiment was in several skirmishes with Confederate Gen. Nathan Bedford Forrest’s forces and his guerrilla tactics at Tullahoma. On Nov. 26, 1864, the regiment moved to Murfreesboro and was engaged at Wilkinson’s Pike and Overall’s Creek.

Reed’s Calvary was at the forefront of one of the few massive withdrawal and retreats of Confederate forces during the Civil War. In the words of Gen. Forrest: “The Confederate infantry collapsed.” Confederate Private Philip Stephenson would later write, “The whole command ran about the same time … it was shameful to relate that the main line behind the works jumping up without scarcely the firing of a gun and took to their heels … this is the worst thing I ever saw southern men do in battle. I hate to record it, but it is true.”

After routing Forrest’s forces, the Union regiment would move toward Murfreesboro with Reed in command. On Feb. 11, 1865, Reed’s regiment headed for New Orleans but disembarked at Vicksburg where they were provided with fresh mounts and armament.

Who knew? This detailed account came from the historical records of the Adjutant General and the history of Indiana’s 12th Cavalry unit attached to the 127th Regiment.

Now the reader can understand why we followed the real story of Alfred Finch Reed. Amazing that one of our local residents played such a crucial role in the war.

I thought we should follow our hero after the war. Reed exchanged his military honors for the civil position as judge of the Court of Common Pleas. In the 1870 census, we find Mr. Reed living in Monticello with real estate holdings of almost $20,000. In today’s dollars, that would be about $400,000. Not bad!

When the state abolished the Court of Common Pleas on March 6, 1872, Judge Reed resumed his practice of law.

Mr. Reed was married twice. His first wife died in 1856; he then married Rachel Elizabeth Haver in White County in 1857. Between the two marriages, he was the father of 11 children. Most of the children would die either in early infancy or early adulthood.

Judge Alfred Finch Reed passed away Oct. 23, 1873, in Monticello. He is buried in the old Monticello Cemetery beside his first wife, Louisa.

Thunderstorms likely this evening. Then a chance of scattered thunderstorms overnight. A few storms may be severe. Low 52F. Winds W at 10 to 20 mph. Chance of rain 80%.

Thunderstorms likely this evening. Then a chance of scattered thunderstorms overnight. A few storms may be severe. Low 52F. Winds W at 10 to 20 mph. Chance of rain 80%.

Some clouds in the morning will give way to mainly sunny skies for the afternoon. High 71F. Winds WNW at 5 to 10 mph.