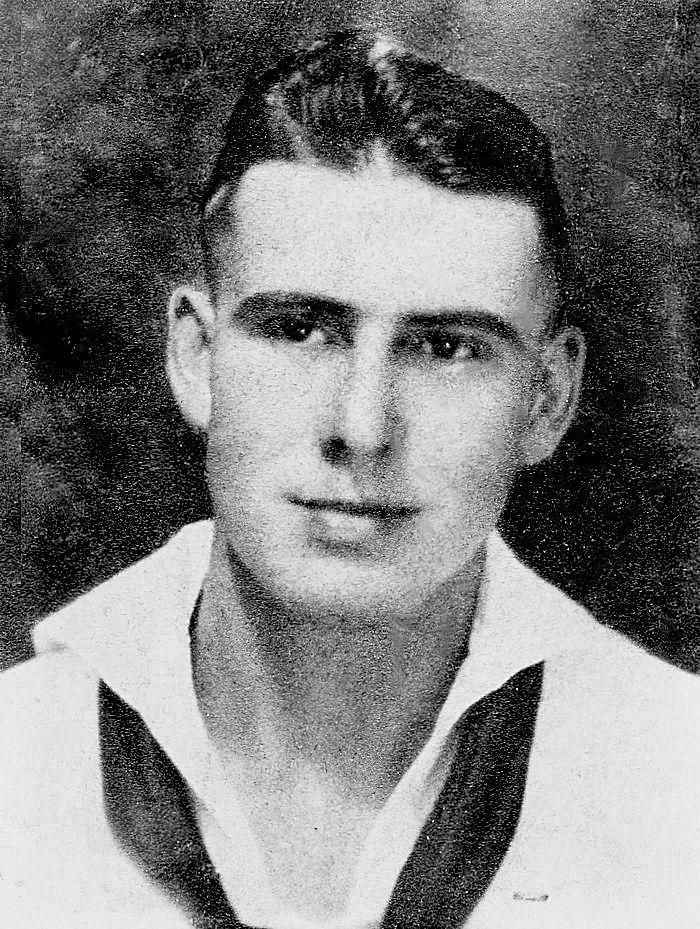 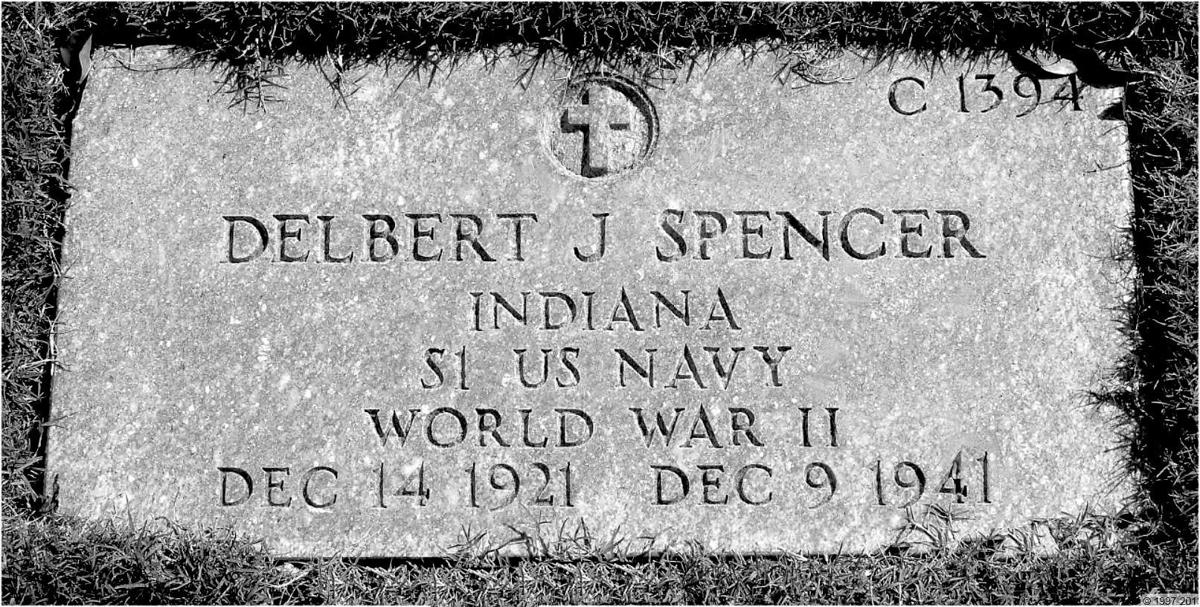 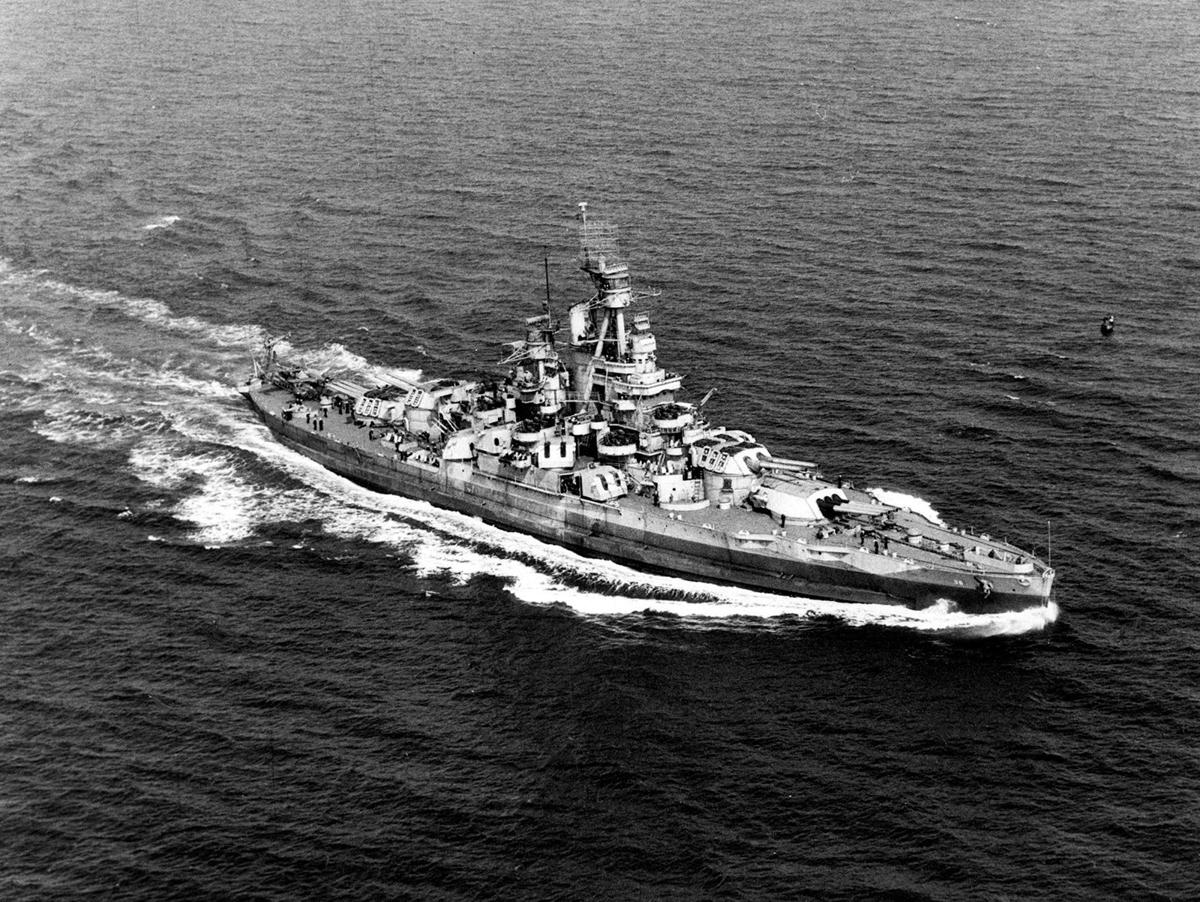 USS Nevada was the only warship to be at both Pearl Harbor and Normandy.

USS Nevada was the only warship to be at both Pearl Harbor and Normandy.

During the opening salvos of World War II at Pearl Harbor, Delbert Spencer, of Monon, was a first-hand witness.

Delbert was born Dec. 14, 1921. His father was John Letira Spencer. His father was born in the town of Clinton, DeWitt County, Ill., and his mother was Veda. Delbert’s father was a Navy man — an operations specialist aboard the USS Delaware.

After leaving the Navy, we find John L. Spencer falling in love and marrying Veda Spencer.

Wait a minute … we have a Spencer marrying Spencer here! Veda Spencer’s father was James Gibson Spencer from the Wolcott area, so there was no relation to John L. Spencer.

John L. Spencer and Veda Spencer were married in White County on June 28, 1916, and in 1920 the couple were living in Monon where John was employed by the Monon Railroad.

In 1930, the Spencer family had an additional member … our subject, Delbert James Spencer.

Delbert Spencer was born in Monon and attended Monon Schools. At that time, Delbert’s father John was a Monon railroad car inspector.

The 1940 census found the family residing in Monon on Linville Street, with father John still working as a Monon car inspector, son Delbert was in his senior year at the Monon High School. Delbert graduated with the Monon Class of 1940.

It seems Delbert decided to enlist in the Navy after graduation. On Nov. 16, 1940, he enlisted and received his preliminary training at the Great Lakes Naval Station north of Chicago. After his training he was assigned duty on the USS Nevada.

When the sun rose over the Nevada on Dec. 7, the ship’s band was playing “Morning Colors”; but planes began to appear on the horizon and the attack on Pearl Harbor began. Aft of the Arizona during the attack was the Nevada, which was not moored alongside another battleship off Ford Island and was able to maneuver, unlike the other seven battleships present.

The USS Nevada gunners opened fire at the squadrons of attacking Japanese aircraft and her engineers started to raise steam. At that moment a single 18-inch Type 91 Japanese torpedo exploded against Frame 41 about 14 feet above the keel at 8:10 a.m. Seconds later, the same bomber that dropped the torpedo was shot down by the Nevada’s gunners.

The USS Nevada bulkhead held, but was leaking through joints causing flooding and the ship listed 4 to 5 degrees. The Nevada corrected the list by counter-flooding and got underway at 8:40 a.m., her gunners already having shot down four planes.

The Nevada became a prime target for Japanese Val dive bombers during the second wave. If the Japanese could sink her in the channel, she’d block the harbor for months, bottling up the fleet.

As she steamed past Ten-Ten Dock at about 9:50 a.m., the Nevada was struck by five bombs. One exploded over the crew’s galley and another struck the port director platform and exploded at the base of the stack on the upper deck.

Yet another hit near No. 1 turret inboard from the port waterway and blew large holes in the upper and main decks. Two struck the forecastle, and one passed out through the side of the second deck before exploding, but the other exploded within the ship near the gasoline tank. Leakage and vapors from this tank caused intense fires around the ship.

HISTORY'S MYSTERIES: You don’t know what you’ve got ... 'til it’s gone

And where was Spencer? No one knows exactly where he was stationed on the Nevada at the time of the attack. However, what we do know is that he was engulfed in the flames on deck. The USS Nevada’s lost 50 men that were killed in action during the Pearl Harbor raid. One of these fatalities was our young Monon boy Spencer.

In a letter sent to John and Veda Spencer by Naval Command, it was noted that Delbert received deep third-degree burns over most of his body and was removed to the Naval Hospital after the attack. Morphine had been administered while still on board the Nevada. The letter notes that Delbert never regained consciousness after receiving his grievous wounds. The letter from Naval Command documents that Delbert died at 1:30 a.m. Dec. 9, 1941.

Spencer earned the distinction of being the first man from White County killed in action during WWII.

The USS Nevada did make its way out of the main channel. She was beached to keep her from sinking. In the early months of the war, she was totally repaired like many other battleships at Pearl Harbor. The Nevada found service through the balance of the war.

After repairs, she headed for Alaska where she provided fire support between May 11-18, 1943, for the capture of Attu. She then dutifully performed Atlantic convoy duty.

After completing more convoy runs, Nevada set sail for the United Kingdom to prepare for the Normandy Invasion, arriving in April 1944. She was chosen as Rear Admiral Morton Deyo’s flagship for the operation.

During the invasion, the Nevada supported forces ashore from June 6-17, and again on June 25. During this time, she employed her guns to hit permanent shore defenses on the Cherbourg Peninsula.

Shells from her guns ranged as far as 17 nautical miles inland to break up German concentrations and counterattacks, even though she was straddled by counterbattery fire 27 times (though never hit).

The Nevada was later praised for her “incredibly accurate” fire in support of beleaguered troops, as some of the targets she hit were just 600 yards from the front lines of the Allies. Nevada was the only battleship present at both Pearl Harbor and the Normandy landings.

However, after the fire support ships retired for the night, dawn “came up like thunder” when seven kamikazes attacked the force while it was without air cover.

One plane, though hit repeatedly by antiaircraft fire from the force, crashed onto the main deck of Nevada, next to turret No. 3. It killed 11 and wounded 49. It also knocked out both 14-inch guns in that turret and three 20 mm anti-aircraft weapons. Another two men were lost to fire from a shore battery on April 5.

Until June 30, she was stationed off Okinawa; she then departed to join the 3rd Fleet from July 10-Aug. 7, which allowed Nevada to come within range of the Japanese home islands during the closing days of the war, though she did not bombard them.

After the war, the Nevada was deemed too old and obsolete and was doomed. As a result, she was assigned to be a target ship for the first Bikini Islands atomic experiments (Operation Crossroads) of July 1946.

While the Nevada recovered from her wounds at Pearl Harbor, it would not be so with Delbert James Spencer. I hope that the reader sees some consolation in seeing his ship, the USS Nevada, prosecute the war against those who took this young man’s life.