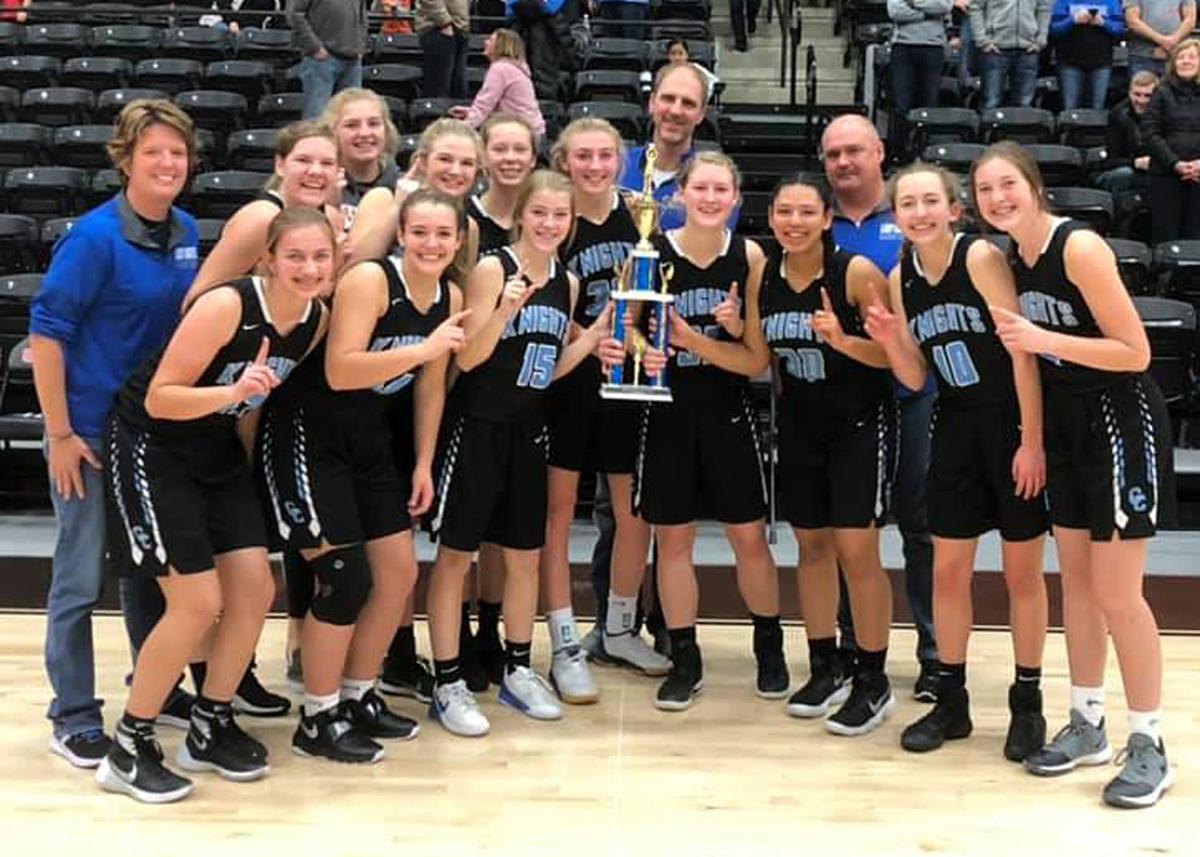 The Lady Knights pose with the trophy after winning the Cougar Classic at Grace College. 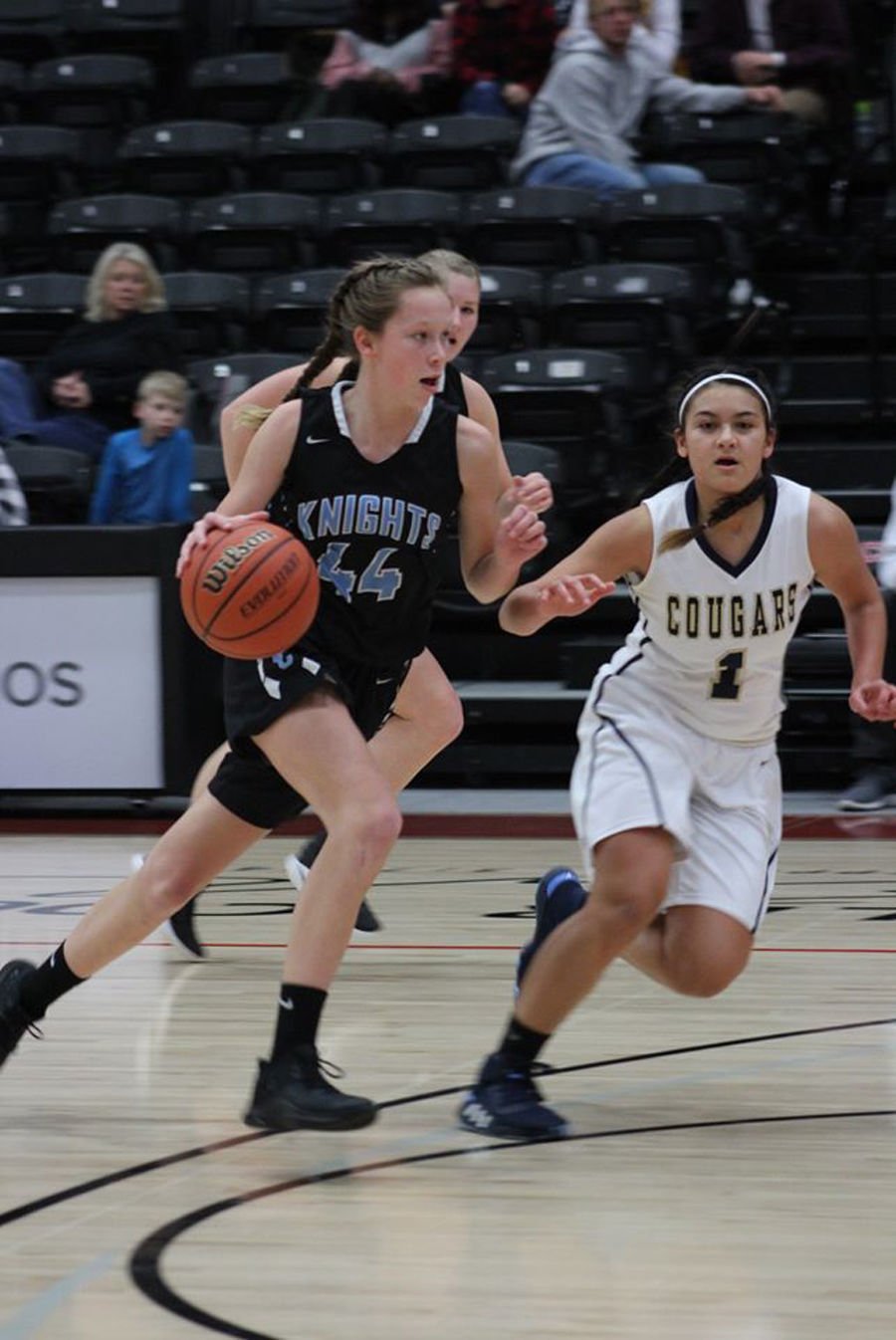 CCHS freshman Skylar Bos drives the distance for two of her game-high 22 points.

The Lady Knights pose with the trophy after winning the Cougar Classic at Grace College.

CCHS freshman Skylar Bos drives the distance for two of her game-high 22 points.

In their first game, against Granger Christian, the Lady Knights outscored their opponents 50 – 41 in a game that was more of a blowout than the score suggests. Through three quarters, CCHS outscored Granger 34 – 20, holding them to single digit scoring. In the fourth, Granger did put up 21 to pull closer after Covenant pulled most of its starters. Freshman phenomenon Skylar Bos put up 17 and senior standout Hope Zylstra had 14 in this opening game.

In their second appearance, the Lady Knights faced Trinity Christian and blew them out of the water in a 43 – 17 drubbing, led by Bos’ 14 points. Eight other players scored for Covenant in the effort. The Knights held Trinity to zero through the first quarter and single digits thereafter.

In the finals against their hosts, Lakeland Christian Academy, the Lady Knights ruled the boards on both offense and defense in a game that was close through three quarters of play being just 29 – 24 at that time. Shortly after the final frame began, Covenant scored eight unanswered points and within just a few minutes, the Lady Knights were up by 14.

Flick signs with Trine U.

The Knights played a disruptive game in the fourth, forcing several turnovers. LCA had 24 turnovers with half of them coming in the fourth. Bos again led all scoring, reaching 22 in the final. Zylstra had 10 and Desiree Holmes put in five.

Last year, the finish was reversed with Lakeland taking home the trophy but the Lady Knights are a much improved team this year, especially with the addition of uber-athlete Bos who does not play like a freshman. Covenant plays a much faster game than many of their foes are used to.

Variably cloudy with snow showers. Some mixed winter precipitation possible. High 34F. Winds SSE at 10 to 15 mph. Chance of snow 60%. About one inch of snow expected.