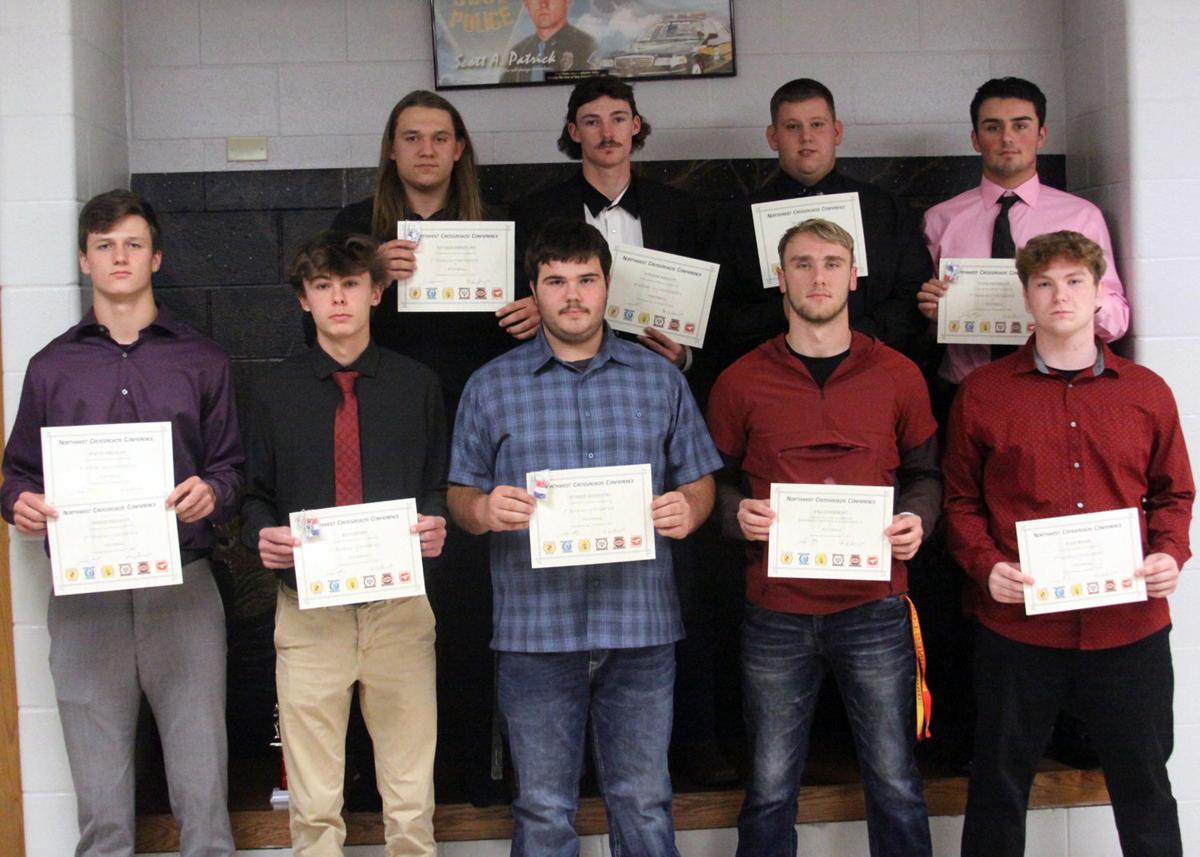 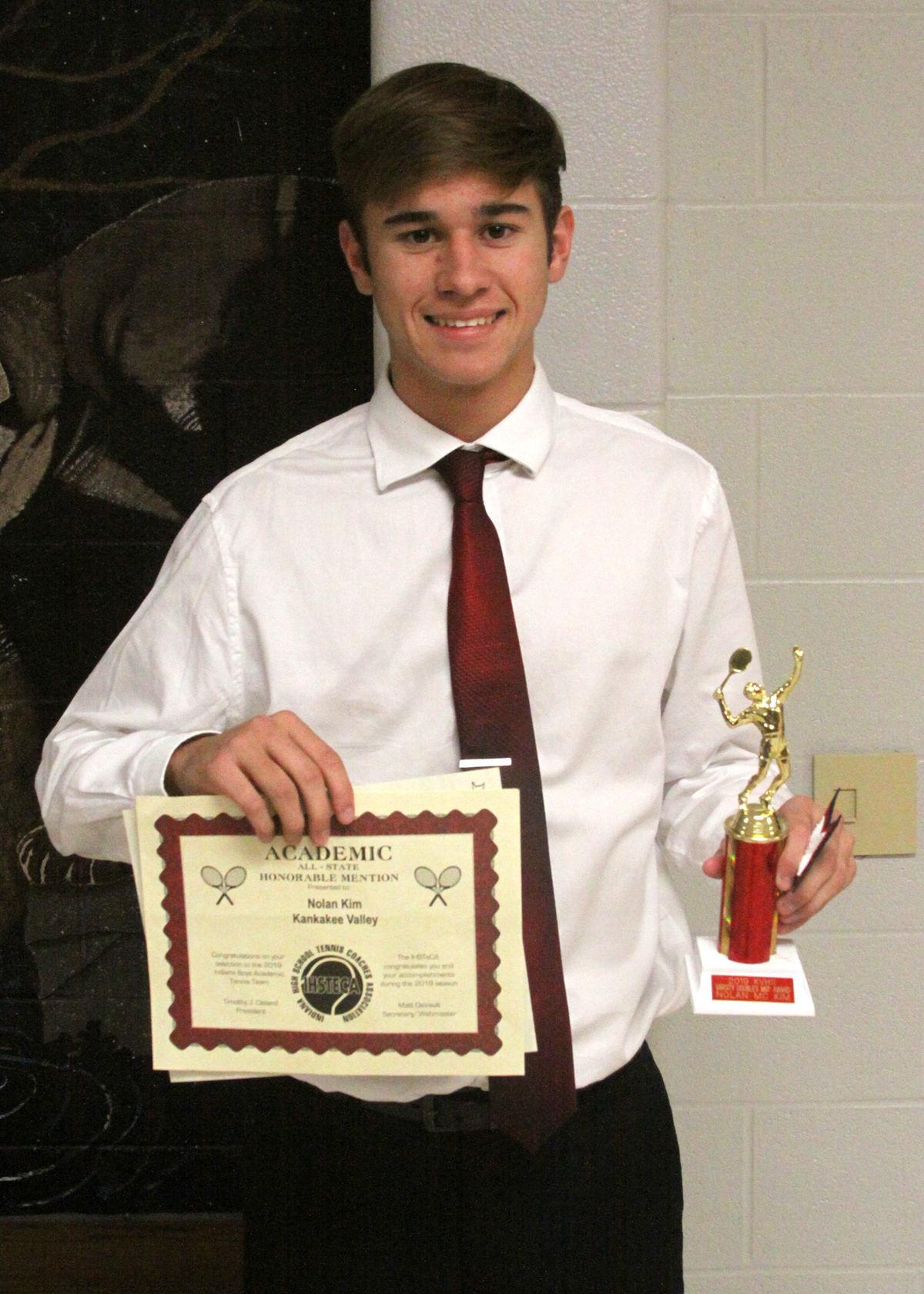 KV Tennis player Nolan McKim was named to both the NCC and State All-Academic Teams.

KV Tennis player Nolan McKim was named to both the NCC and State All-Academic Teams.

From the Lady Kougars’ Soccer team, Mya Herrema, McKenna Molden Karmen Nowak and Carley Riffett were all named to Academic All-Conference honors. Herrema, Nowak and Julianna Barlog were each named to First Team All-Conference while Morgan Moslow was named to the Second Team and Kate Thomas received honorable mention honors.

For volleyball, Alexis Broyles and Courtney Sizemore were named to the First Team, Mya Przybylski received Second Team honors and Kailee Webster was an honorable mention. Webster was also named to the All-Conference Academic team.

For girls’ cross-country, Samantha Martin was named to the First Team, Halle Frieden was named Second Team and Emilee Wilson was an honorable mention. Martin and Abby Robinson were also on the All-Academic list.

On the boys’ soccer team, Wesley Higdon and Julian Colon received First Team honors, Eduardo Anguiano was named to the Second Team and Joel Gomez received an honorable mention. Anguiano and Reece Wangen were named to the All-Academic team.

Variable clouds with snow showers. Some mixed winter precipitation possible. Temps nearly steady in the low to mid 30s. Winds SSE at 10 to 15 mph. Chance of snow 60%. About one inch of snow expected.

Periods of rain and snow. Some mixed winter precipitation possible. Low 32F. Winds ESE at 5 to 10 mph. Chance of precip 90%.

Rain and snow in the morning. The rain and snow will become lighter and change to all rain in the afternoon. Temps nearly steady in the mid 30s. Winds E at 5 to 10 mph. Chance of precip 60%.