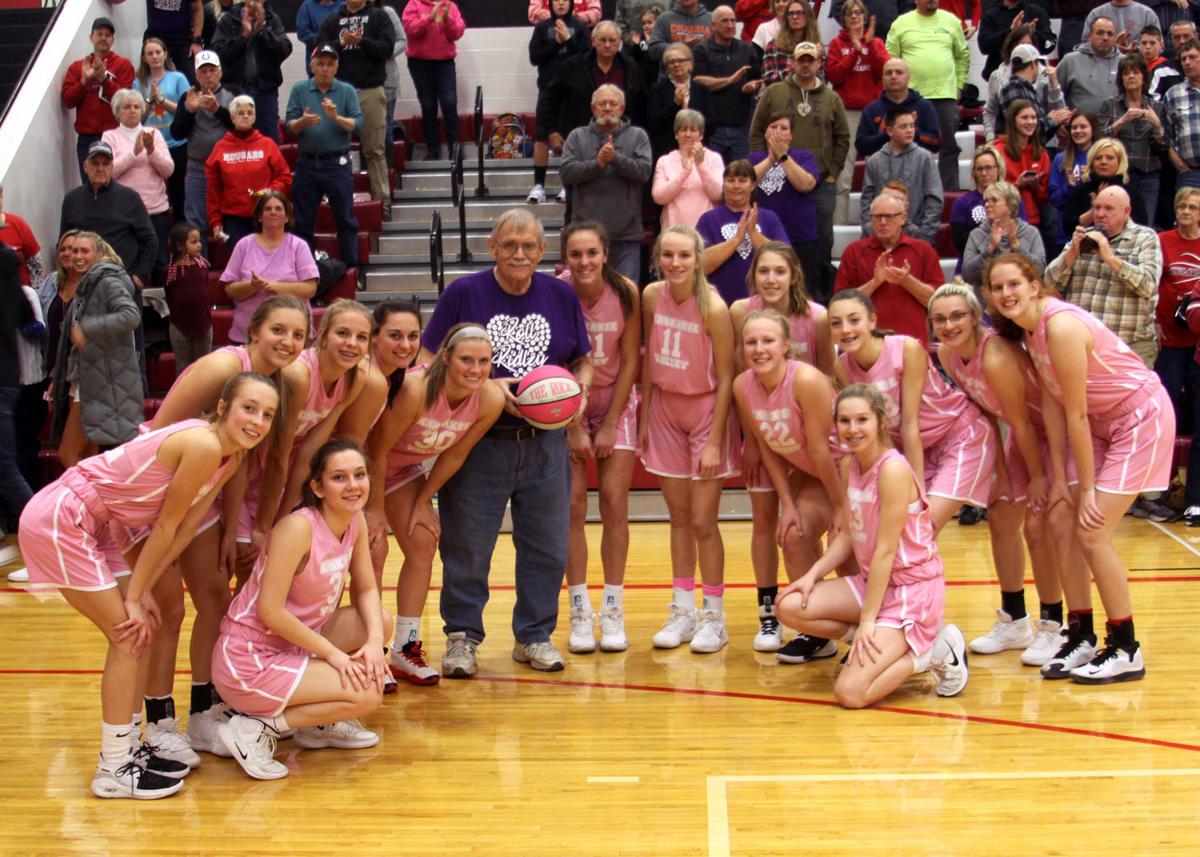 The Lady Kougars pose before the game after presenting KVMS Assistant Principal Bill Ridley with a commemorative game ball signed by all of the players. 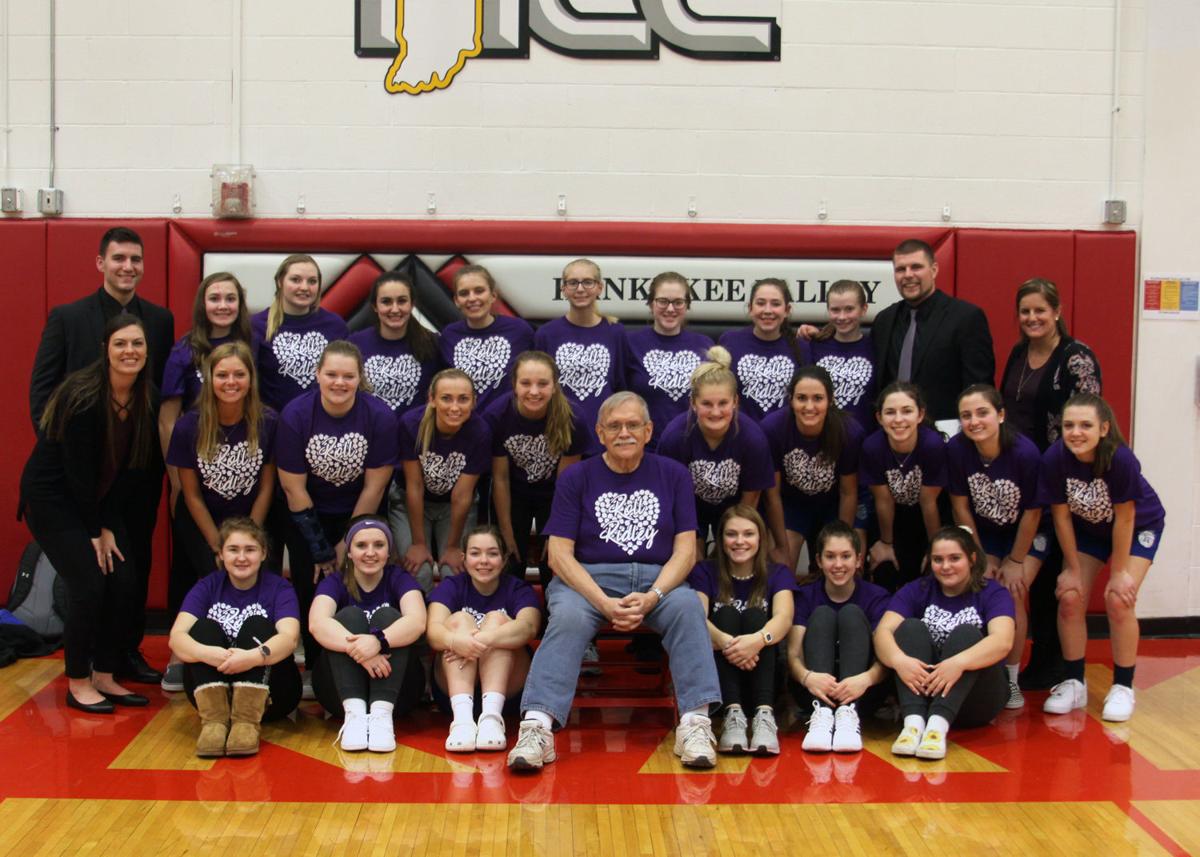 The Lady BlueJays pose with Bill Ridley following their game against Kankakee Valley.

The Lady Kougars pose before the game after presenting KVMS Assistant Principal Bill Ridley with a commemorative game ball signed by all of the players.

The Lady BlueJays pose with Bill Ridley following their game against Kankakee Valley.

WHEATFIELD — As part of the annual Coaches versus Cancer drive, the Kankakee Valley Girls’ Basketball team hosted North Judson – San Pierre as their Suits and Sneakers game with the goal of raising at least $1,000 to donate to the American Cancer Society. The team reached their goal through donations, commemorative T-shirt sales and even selling suckers and team photos.

Ridley, who is battling pancreatic cancer, was in attendance and was surprised by the gestures. Prior to the varsity game, the Lady Kougars presented Ridley with a pink and white ball signed by each of them and then posed with the educator who was their assistant principal as each went through the middle school. After the game, the Lady Bluejays requested their own photo opportunity with Ridley, who had taught many of their parents during his time at NJSP and whose wife, Kay, still teaches in the NJSP School Corporation. The Ridleys still reside in North Judson.

As people arrived at the game, they were given the opportunity to fill out a placard with the name of someone who has had or still has cancer that is in their lives. Just prior to the tip-off, announcer Shawn Lane then asked anyone with a sign to stand and display it. He then asked anyone who is currently or has battled cancer themselves to rise.

Flick signs with Trine U.

For over 25 years, the Coaches vs. Cancer program, in collaboration with the National Association of Basketball Coaches, has united coaches and fans nationwide to help the American Cancer Society defeat a common enemy – cancer. Through fundraising and education initiatives, the Coaches vs. Cancer program has supported the American Cancer Society in efforts to save lives from cancer in the U.S. and worldwide.

Variably cloudy with snow showers. Some mixed winter precipitation possible. High 34F. Winds SSE at 10 to 15 mph. Chance of snow 60%. About one inch of snow expected.