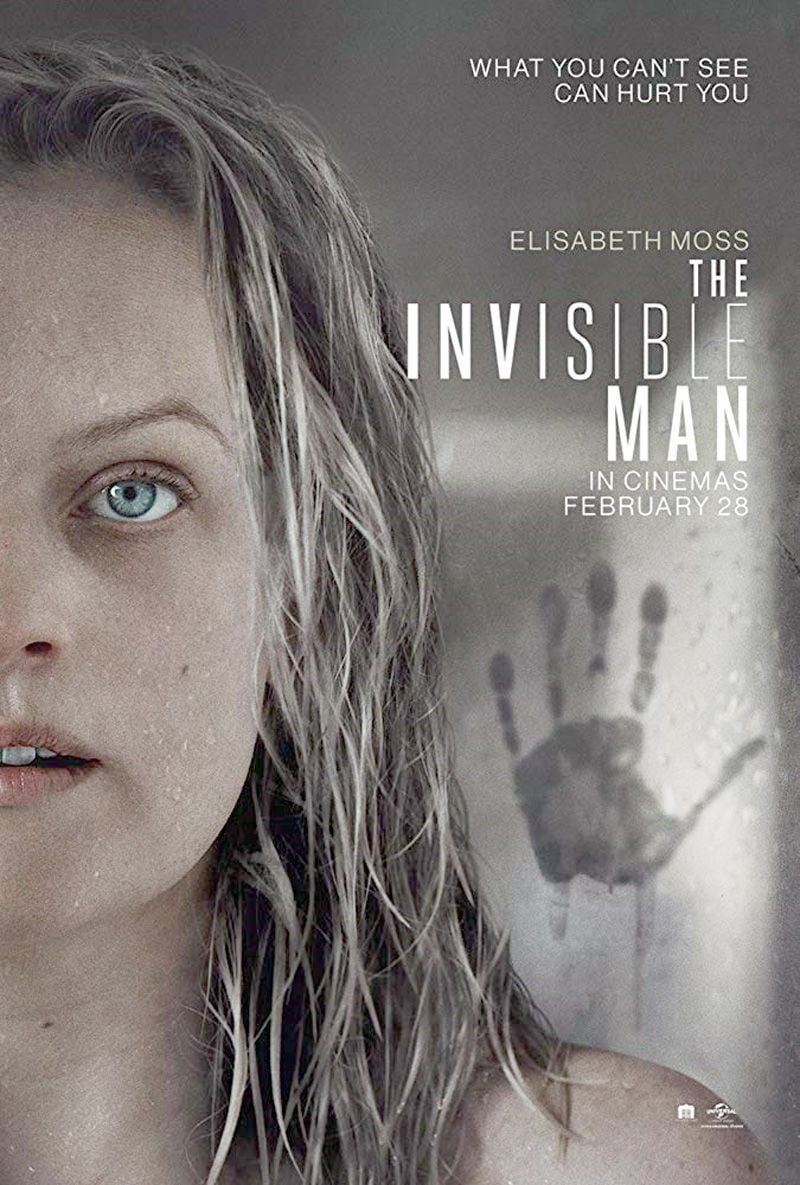 “The Invisible Man” is rated R for some strong bloody violence, and language. Its running time is 124 minutes.

There’s a big mistake at the heart of “The Invisible Man” and that’s letting us know from the very title that there is indeed an invisible man.

And if there was any confusion as to the literality of that title, most of us were introduced to this film through a trailer that shows people being physically attacked by an invisible force.

Elisabeth Moss stars as Cecilia Kass, the ex-girlfriend of the dominating Adrian Griffin (Oliver Jackson-Cohen). She flees from his house in the middle of the night into the car of her sister Emily (Harriet Dyer) and recovers at the home of her cop friend James (Aldis Hodge) and his daughter Sydney (Storm Reid). Though technically free of Adrian, she becomes (or remains) an introvert because she can feel that he’s still out there somewhere, watching her.

She then learns from Adrian’s brother Tom (Michael Dorman) that Adrian has died and left her $5 million. She supposes that this should make her feel better, but she still doesn’t feel totally free.

Strange things soon start happening around James’s house. A pan on the stove bursts into flames. It gets put out with a fire extinguisher, which establishes that this family has a fire extinguisher, so it can predictably be used for some invisible man shenanigans later (the same is true of a conspicuous new ladder and a painting project).

Something seems to tug on Cecilia’s bed sheet. Is she crazy? She then gets accosted in the shower. Nope, she’s not crazy. No way this is anything but Adrian, still trying to make her life miserable, in a suit that makes the wearer invisible. Good luck proving it, though.

Traffic is not normal - yet

3 council members wise to vote no on $690K airport request

The rest of the film is Cecilia trying to outmaneuver her imperceptible adversary. She’s hindered by a lack of believability, since she has a history of mental illness, the person stalking her is supposedly dead, and invisibility suits aren’t real. Plus she has to deal with the suit itself; even though she knows it’s there, she doesn’t know if her tormentor is 10 feet away or two feet away, which puts her at a disadvantage for combat.

The one advantage she does have is that the villain isn’t great at subtlety, often manipulating matter in a way that by all accounts should give him away. Witnesses don’t have to make the connection that it’s the dead guy in an invisibility suit, but certain actions are clearly not being performed by any discernible presence.

“The Invisible Man” is getting excellent reviews (its Rotten Tomatoes score is currently higher than nearly half the field of the most recent Best Picture Oscar race), but I can’t say I share in the praise.

Yes, Moss gives the material a better performance than it deserves, and it is fun watching some special effects involving a stunt performer made invisible with green-suit technology (Moss is not just struggling with air when she’s being dragged around by the invisible man), but most of the action and suspense scenes are riddled with clichés and stupidity.

Also, I couldn’t help but feel like the film wasn’t capitalizing on the potential for a story-line where both Cecilia and the audience wonder if she really is crazy, if maybe crippling doubt is the form Adrian’s revenge is taking.

But no, we are simply promised an invisible man, and what we get is a simple “Invisible Man.”