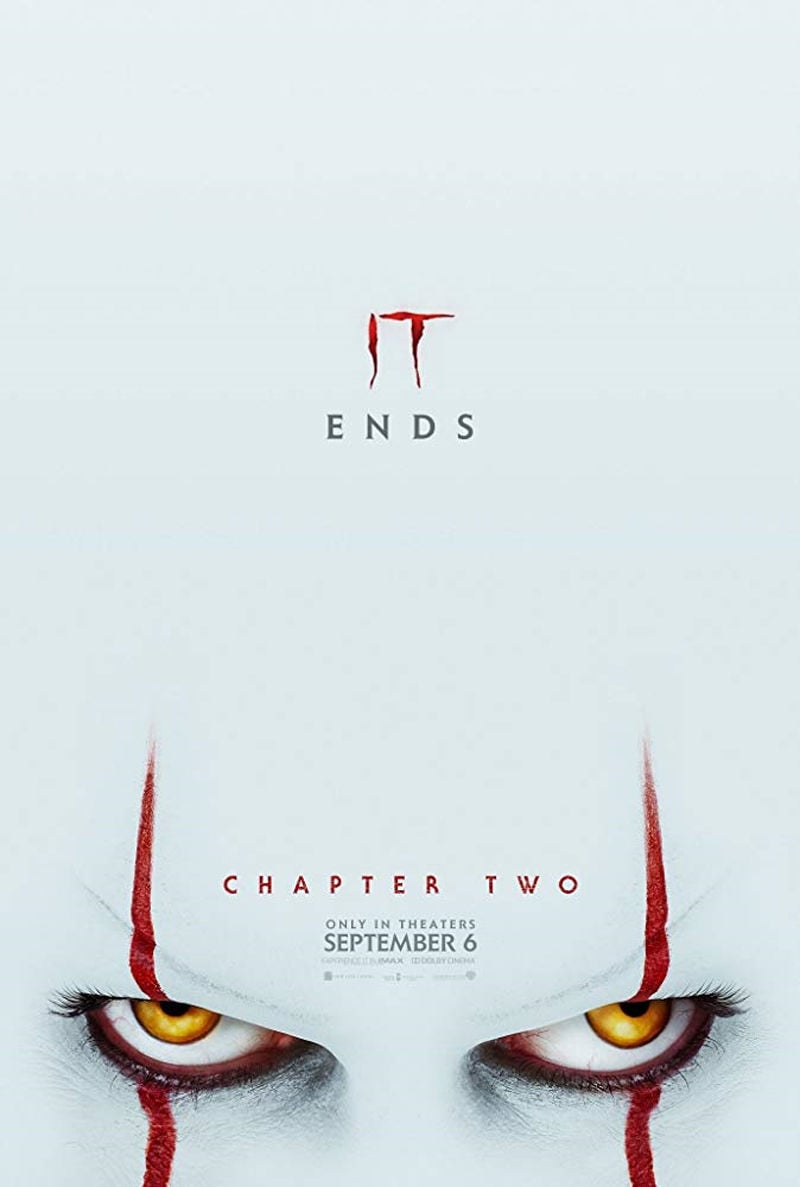 “It: Chapter Two” is rated R for disturbing, violent content and bloody images throughout, pervasive language and crude sexual material. Its running time is 170 minutes.

In 2017, the big-screen version of Stephen King’s “It” became the biggest horror movie of all time with a domestic gross of more than $327 million.

The film probably would have gotten a sequel based on its box office alone, but it helped that King’s book takes places in two different time periods, making a follow-up practically a necessity.

So now we have “It: Chapter Two,” a film that has some big floppy clown shoes to fill. The horror movie certainly isn’t afraid to deliver in quantity, with a 170-minute runtime. I think the logic is that you can afford to spend more time with the film because it’s so scary that you won’t be able to sleep after it’s over. I barely made it through the film without falling asleep.

It has been 27 years since the events of the first movie, and The Losers’ Club of Derry, Maine, is reuniting to stop the evil It from going on another killing spree. Bill (James McAvoy) has grown up to be a horror writer not unlike Stephen King. Beverly (Jessica Chastain) fled from her abusive creep of a father just to marry an abusive creep of a husband. Eddie (James Ransome) is still a hypochondriac, but a professional one as a risk analyst. Foul-mouthed Richie (Bill Hader) is a wildly successful hack standup comedian. Ben (Jay Ryan) got in shape and is now unrecognizable as a hunky architect who still pines for Beverly. Stan (Andy Bean) doesn’t make it back to Derry. And Mike (Isaiah Mustafa) has stayed in Derry this whole time studying the entity and learning about a ritual that can kill it.

Mike is confident that The Losers’ Club can perform the ritual and defeat It, but first they need to go on individual adventures around town retrieving artifacts from their troubled pasts. About here is where the film becomes noticeably repetitive and overlong. Every member has to have their own subplot where they’re haunted, both by their own past and It in the present. The trailers have made a big deal out of Beverly’s portion, where she visits her old apartment and finds a subtly unnerving old woman living there. The scene itself is fine, but every other member goes through something similar, to diminishing returns. These scenes and scares get so formulaic that I found myself silently-yet-actually counting off on my fingers “beat-beat-JUMPSCARE!”

It, by the way, usually manifests itself in the form of Pennywise the Clown (Bill Skarsgard). It doesn’t have to, it just thinks that the creepy, fang-y clown is a good default setting for spreading fear. I know there are many people who are going to say, “He’s not wrong!” but clowns just aren’t that scary to me. I was much more freaked out by that stretched-out painting lady in the first movie. Plus there are a number of scenes where Pennywise’s face is exaggerated with phony CGI, which makes him even less scary. By the end of this movie, I was bored of Pennywise. I was bored of a horror movie villain who was supposed to scare me based on appearance alone.

At least “It: Chapter Two” does well when the characters are together. There’s a funny reunion scene in a Chinese restaurant where everybody has excellent chemistry with one another, and they aren’t bad in serious scenes either. Funny, non-scary bonding scenes were a strong point of the first movie, too, and while they obviously can’t last, they offer the movie a heart not usually associated with the horror genre.

As for the scary scenes, I think you’ll agree that whatever you find scary gets less scary with repetition, and what this movie thinks you’ll find scary is repeated far too much for far too long.

Rain showers early will evolve into a more steady rain for the afternoon. High around 40F. Winds SE at 10 to 20 mph. Chance of rain 80%. Rainfall around a quarter of an inch.