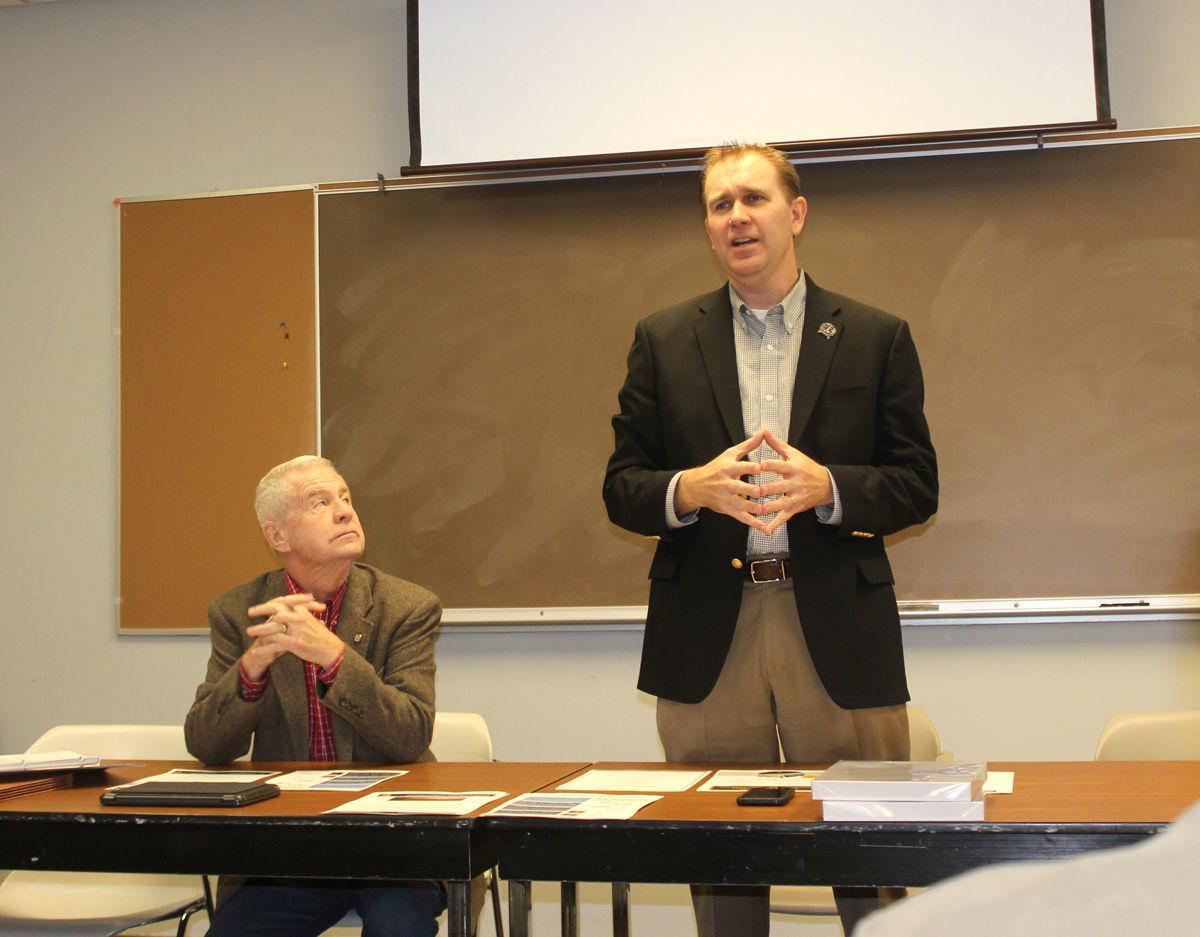 State Senators Brian Buchanan (standing) and Ed Charbonneau (seated) answered questions and spoke with the public Saturday at a forum hosted by the JCEDO and the Jasper County Commissioners. 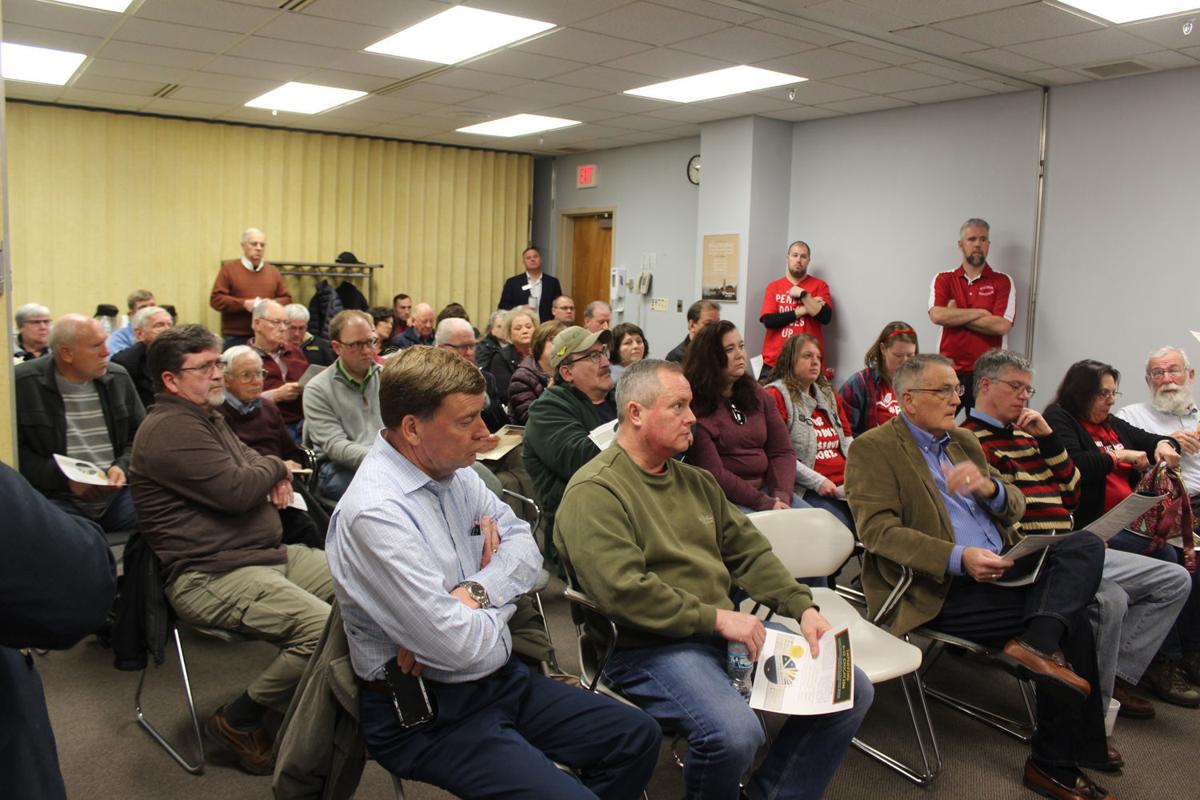 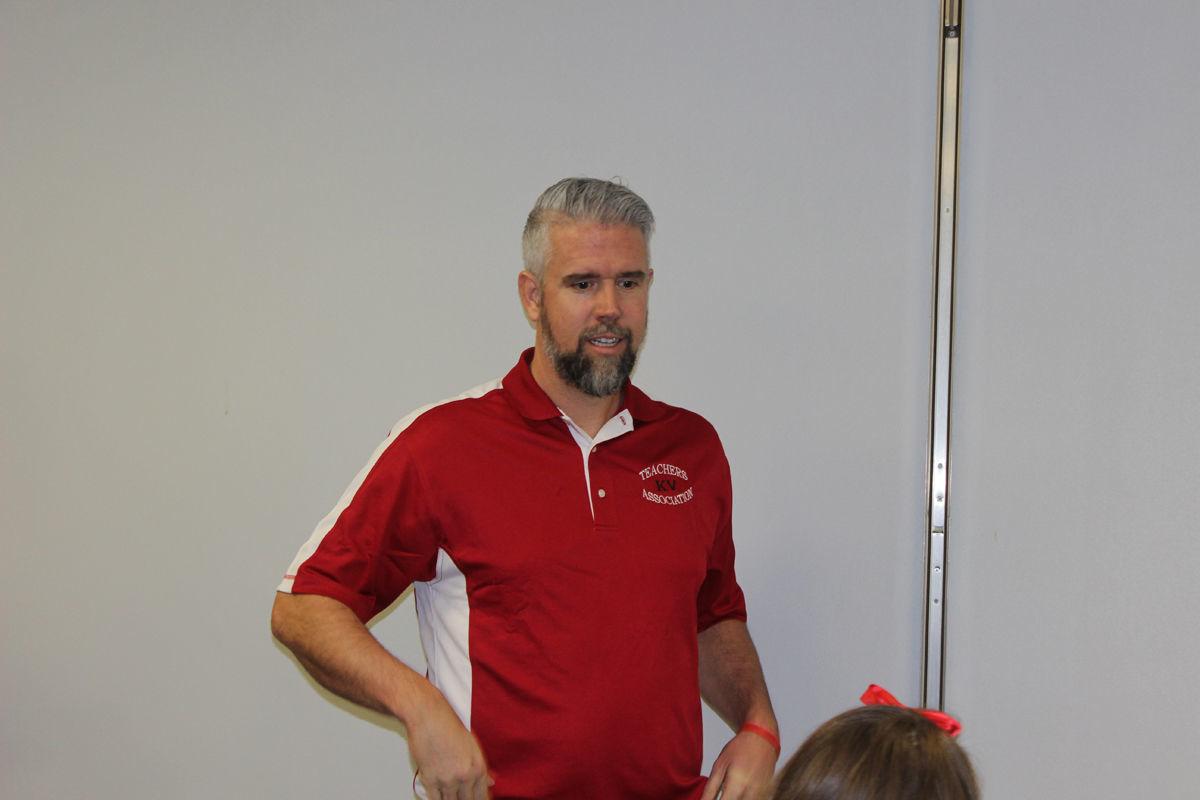 State Senators Brian Buchanan (standing) and Ed Charbonneau (seated) answered questions and spoke with the public Saturday at a forum hosted by the JCEDO and the Jasper County Commissioners.

RENSSELAER — Jasper County’s two State Senators, Ed Charbonneau and Brian Buchanan, faced a crowd of constituents at a public forum Saturday hosted by the Jasper County Economic Development Organization and the Jasper County Commissioners. State Rep. Doug Gutwein was also scheduled to attend but did not due to illness.

The forum, which took place in a conference room at the Francisan Hospital in Rensselaer, was well attended, especially for a Saturday morning. Teachers from Kankakee Valley, Rensselaer and Winamac came to ask the two state senators about education funding. KV teacher John Spinks asked the men for reassurance that they would consider adding to public education funding so teachers can get better raises. “How can you assure us of the process?” he asked. The governor has said the legislators will not look at further education funding until budgets are done in 2021. “I need to know how it is going to be funded. How can I stand in the booth and vote for you?” he continued. He said he wanted to know if they would look at education closely.

Buchanan said the state has done a good job of being fiscally responsible. “When 2008, we had a healthy reserve, coming out of it, we had no reserve. Now we’re back to a point where we have a $2 billion reserve. That sounds like a lot of money, but it will keep government running for 45 days,” he said.

He said it is his belief that it is the legislators’ fiscal duty to be responsible for every taxpayer. “That’s your money. It comes out of your pocket. It comes out of mine,” he said of the money in reserve.

He said education is 50% of the state’s total budget, and that they did provide $763million in new money in the last budget.

“I understand your concerns. There are hundreds of organizations and individuals asking for more. We have to look at who we can afford to give it to,” he said.

Spinks said there is a lot of money going to charter schools. “Give it back to public schools so they can hire better teachers like the charter schools do,” he said.

Before taking questions, both men spoke on education. Charbonneau said there were about 15,000 educators who came to organization day to talk about various issues. Some was about teachers’ pay, he said, but the teachers he spoke with from his district never mentioned that as a top priority. He said the number one concern he heard was about mental health. Things, he said, they didn’t have to worry about when they were in school. Now making sure children don’t come to school hungry, or coming to school without a coat and where they go to sleep at night is of concern.

Buchanan said the state doesn’t get involved in teacher pay.

The teacher from Winamac said the school has only one guidance counselor, and that person doesn’t have time to work with the students one-on-one. She said the principal and the athletic director share responsibility for discipline, but no one supervises the in-school suspension, and some of her students would rather be in there goofing off than in her classes. She said the school corporation only has one part-time nurse position, which she said is not an enticing position. She said they are also understaffed for special education aides. “We’re trying to keep our schools viable. Why can’t we afford to hire more people?” she asked.

Buchanan said there are grants for mental health and other needs. “We’re trying to figure out where that 50% of the budget goes for education,” he said. He said he has asked several superintendets to show him where the money goes to educate hisself on it. The Winamac teacher agreed that it looked like there should be enough money.

A woman who teaches at Rensselaer schools said they were fortunate to get raises; however, with a raise in insurance costs, she now brings home less. “We’re getting raises, but we’re really not,” she said.

The men were asked about doing away with standardized testing and funding relating to those scores. Buchanan said that to do so would jeopardize federal education funding.

Charbonneau said rising healthcare costs affect everyone, not just in Indiana, but across the country. He said they are having conversations about what is going on with healthcare. He said the healthcare delivery system “is a mystery.” They are trying to fix something they don’t have enough information on. “There’s a lot of pointing fingers, but no solutions,” he said.

He has heard five hours of testimony on five different subjects of healthcare. Trying to get information on how insurance companies pay and how they charge people is difficult. Many of the insurance company’s have gag orders so they can’t get the data they are looking for.

Other concerns expressed at the forum included decreasing and aging populations in these rural counties, a lack of broadband Internet, medical marijuana and disability coverage and access to assistance.

As for medical marijuana, Buchanan said he would not approve it as long as it is a listed as a controlled substance by the federal government. If it’s illegal, he won’t vote for it.

Partly to mostly cloudy skies with scattered thunderstorms during the evening. A few storms may be severe. Low near 50F. W winds shifting to N at 10 to 20 mph. Chance of rain 50%.

Partly cloudy in the morning. Increasing clouds with periods of showers later in the day. High 71F. NNW winds shifting to SW at 10 to 20 mph. Chance of rain 50%.