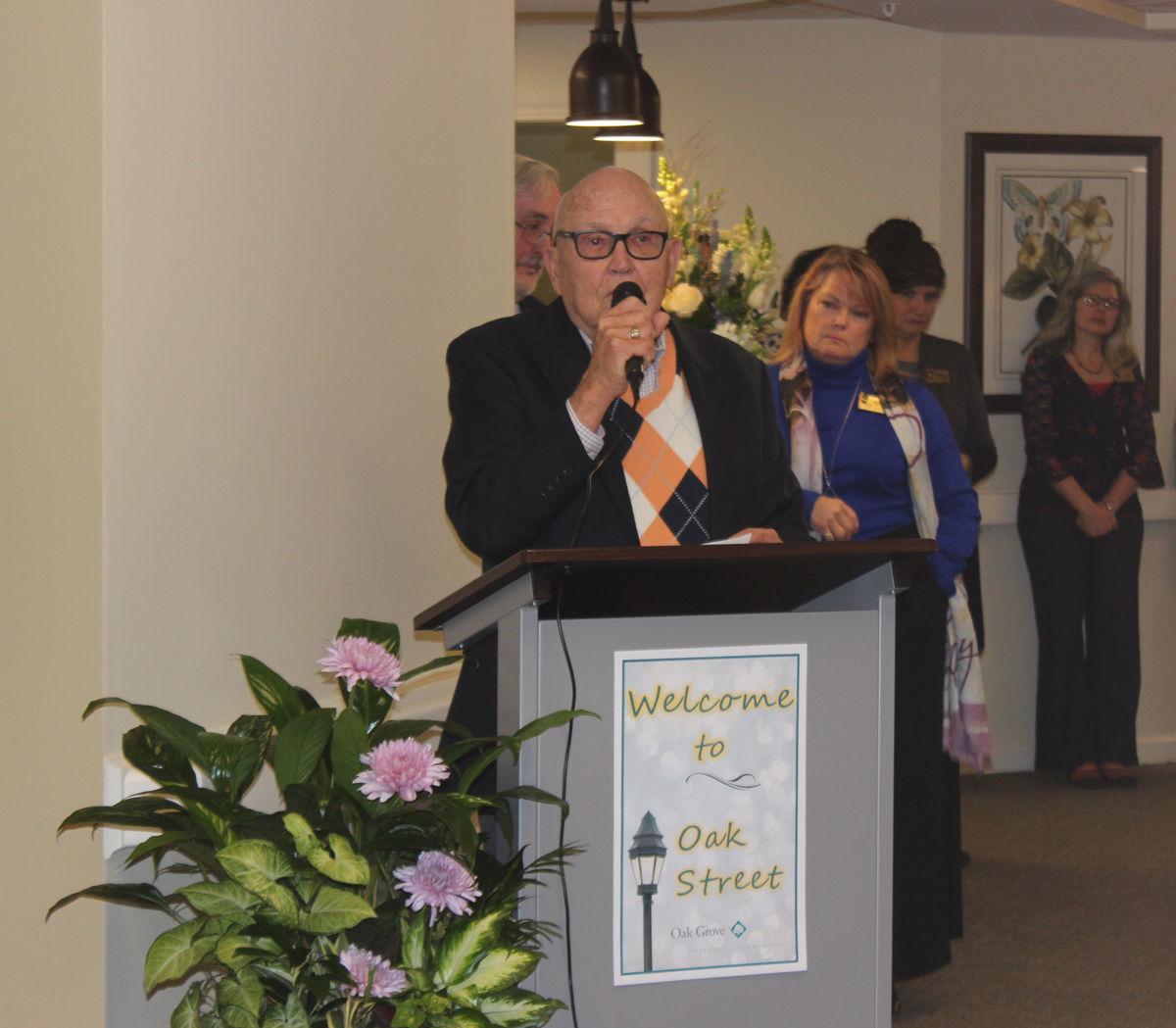 Founder of The Hamstra Group, Wilbert Hamstra spoke about his vision to build a place where seniors could retire and live their retirement years in comfort, among family and friends. 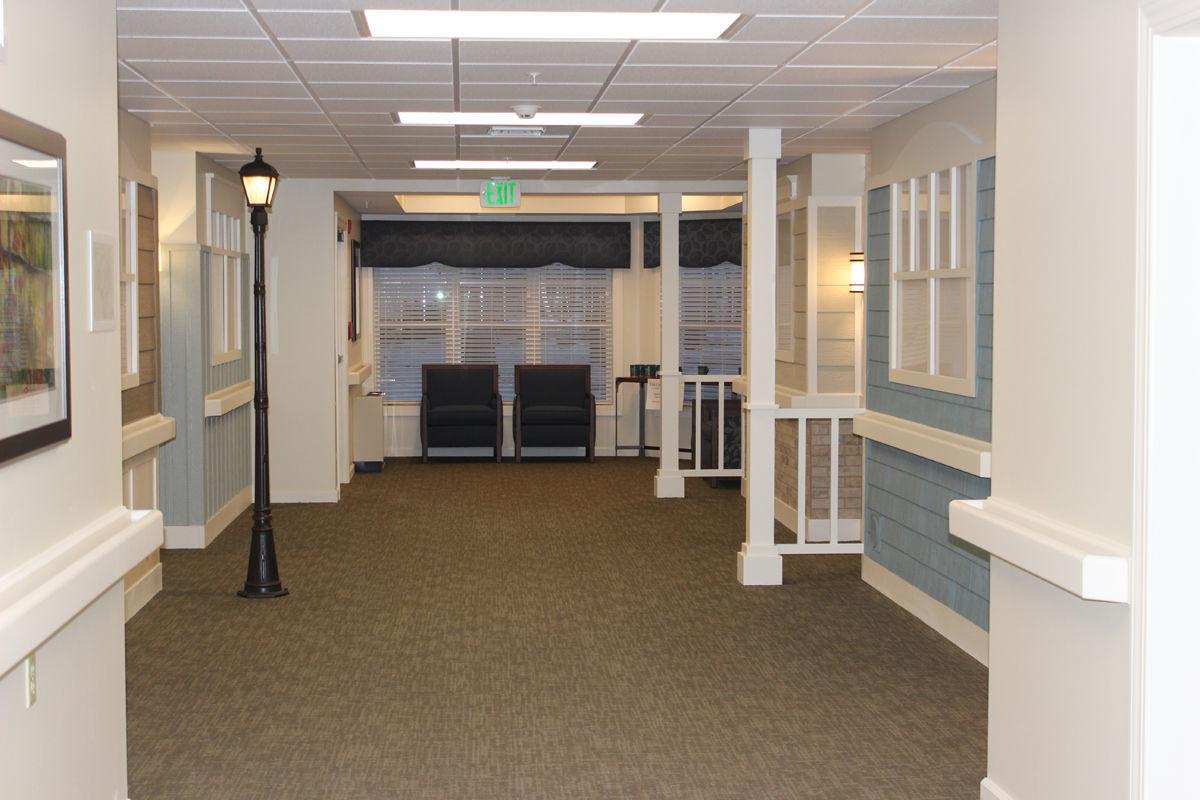 A hallway on Oak Street is all lit up for the open house at Oak Grove Village Christian Retirement Village in DeMotte. 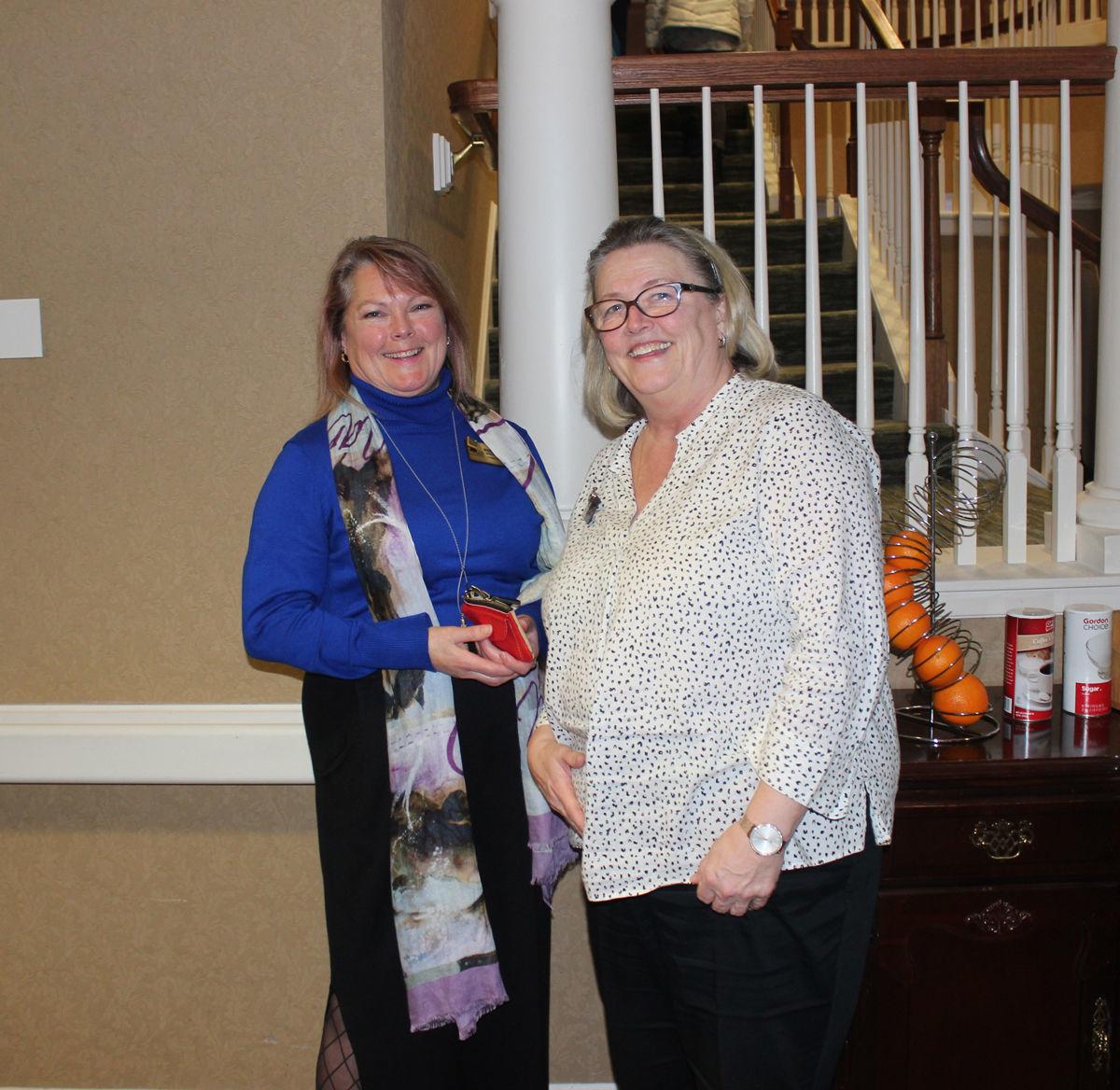 Founder of The Hamstra Group, Wilbert Hamstra spoke about his vision to build a place where seniors could retire and live their retirement years in comfort, among family and friends.

A hallway on Oak Street is all lit up for the open house at Oak Grove Village Christian Retirement Village in DeMotte.

DEMOTTE — Oak Grove Christian Retirement Village held an open house to dedicate its new memory care wing, named “Oak Street.” The new wing is nearly ready for people with dementia/Alzheimer’s Disease to come and reside. On Thursday evening, a dedication ceremony included a blessing by Chaplain Joe, a Catholic Deacon, who anointed the new wing with Holy Water. Wilbert Hamstra, founder of the Hamstra Group, spoke about his vision for a retirement home based on Christian values and built to be a comfortable residence to retire to, a place that was more than a nursing home.

Hamstra was inspired to find a way to build Oak Grove Village after placing his father in a nursing home. He wasn’t happy with the living conditions and wanted a better place closer to home for the people of DeMotte and the surrounding area to call home. He knew his church, First Church, had some property in town and he suggested the church donate it for a non-profit retirement village. Then he and eight others joined as a board to pursue funds for the project.

Hamstra said one man told him they’d never raise $1 million, much less the more than $3 million they would need to build his dream. He said the board members didn’t know anything about nursing homes, so they spent some time researching, traveling and learning and they decided they could do it.

They were able to raise $3.5 million. “If you believe in something, it’s easy,” he said. People in a Christian community are willing to give to help others live a good life, he continued. The first two years after opening were tough, he said. The found a new organization to manage the facility, Greencroft Communities, and it’s been successful since.

In 2019, Oak Grove celebrated its 20th year. Now in its 21st year, the retirement village will be able to house residents with memory issues. Hamstra explained that people who had been residents at Oak Grove for years had to move somewhere else if they developed Alzheimer’s or dementia after the State changed the regulations for memory care. Residents and families asked for a unit at Oak Grove so they wouldn’t have to leave.

Once again, the DeMotte community gave generously and they were able to raise the $5 million needed to build the new wing and include renovations to the rest of the building. Construction began last spring, and the unit just needs the final approval from the state to open its doors to the public.

The unit is self-contained and residents remain safe behind locked doors. The wing has its own dining area, activity room and a Snoezelin Room, a room designed to be restful and calming. There is also a spa room to help soothe the residents of the unit as well.

Three injured in crash on SR 10 near Ten Oaks

The hallways of Oak Street are designed to look like a residential street with lamp posts, walls that look like siding and each room has a unique look to make it easier for residents to find their own room. There is a secure outdoor area where the residents can enjoy being outside in nice weather.

There are 14 rooms with a central nurses station, where they can watch the residents and care for them as well.

Hamstra said Oak Grove had received a 5-star rating from Indiana. Less than 10% of the nursing homes in the state receive such a high rating. “Without good quality Christian loving care, you have nothing,” he said. “Everyone who works here gives their all and they want to work here. We have a large staff. We employ about 120 people and we have volunteers. We can always use volunteers”

He said there are 30 areas of care requiring different talents. People who come to Oak Grove remark about the loving care their relatives receive at the retirement village. His mother, he said, spent time there for rehabilitation, and decided she wanted to stay after making good friends. She told him not to call at 9 a.m. because that was her coffee time with her friends.

“Since Oak Grove started, we have raised over $10 million and one man told me we wouldn’t raise one,” he concluded.

Oak Grove has 123 rooms, 37 apartments and an outpatient/inpatient rehabilitation center, built so those needing rehab could stay close to home as well. Hamstra said the design for the buildings came from the Grand Hotel at Disney and the Grand Hotel on Mackinaw Island.

46°
Showers in the Vicinity