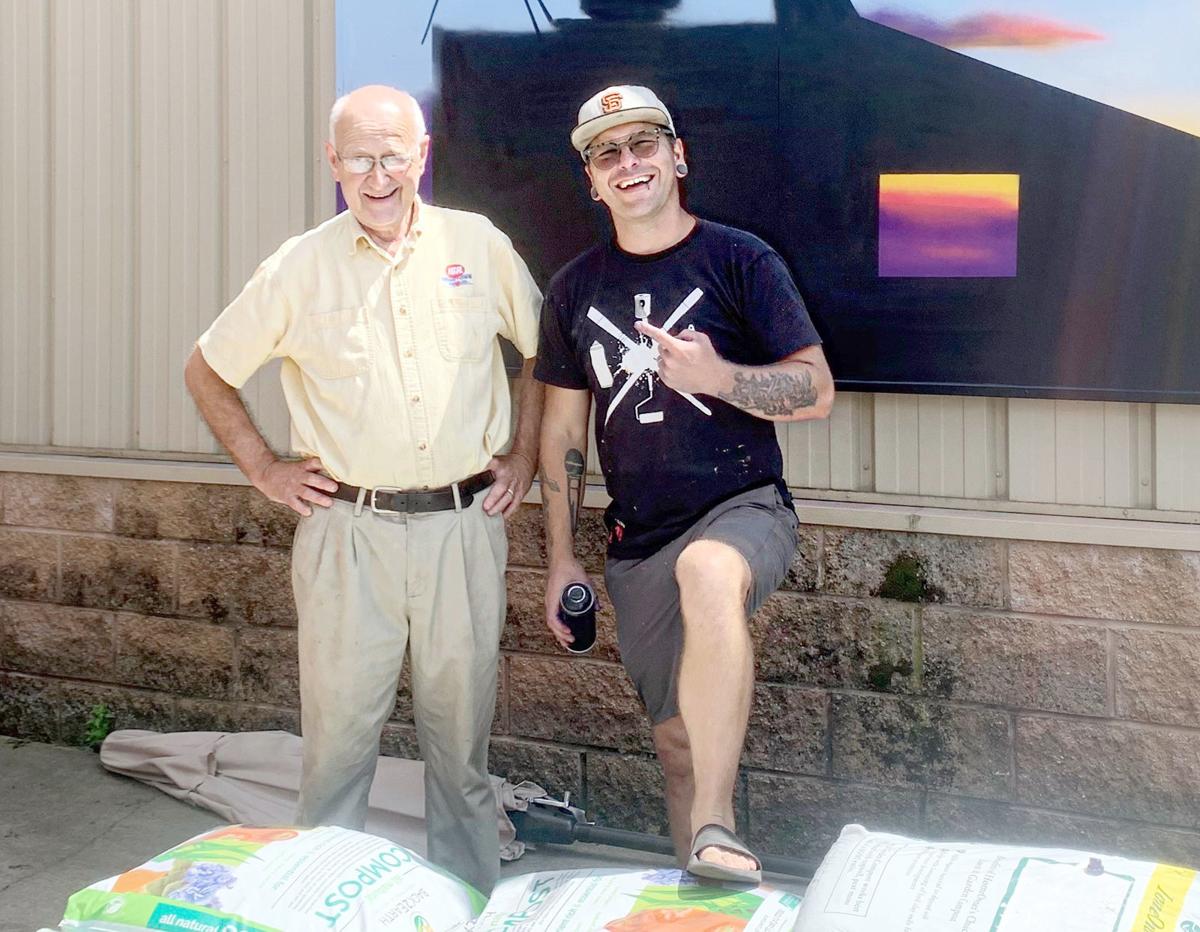 Mike Scott, left, IGA owner and general manager, poses for a photo with the mural by artist Cameron Moberg. 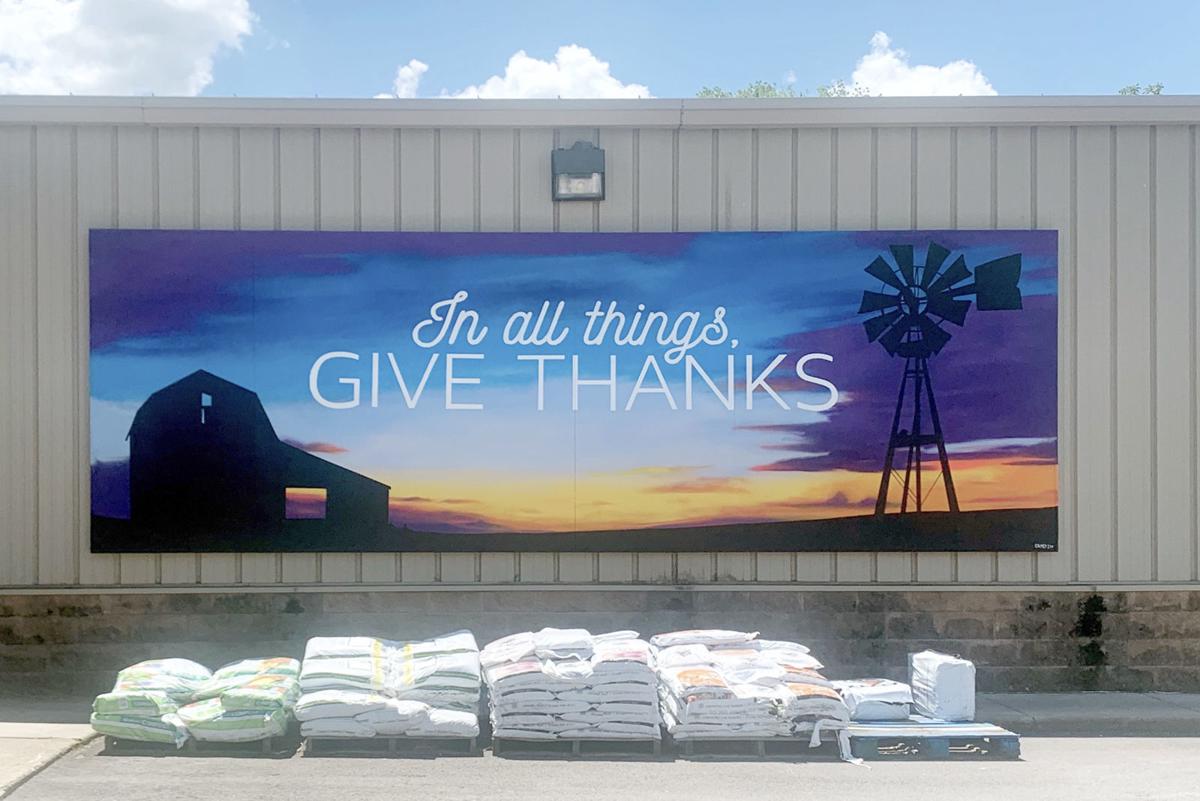 The finished “Give Thanks” mural on the back wall of the Remington IGA store.

Mike Scott, left, IGA owner and general manager, poses for a photo with the mural by artist Cameron Moberg.

The finished “Give Thanks” mural on the back wall of the Remington IGA store.

REMINGTON — The newest addition to Remington’s mural project at the IGA is creating hope and thankfulness for the community.

Artist Cameron Moberg, of San Francisco, visited Remington last year to create the “Grow” mural on the Pallet Factory’s building in the center of town.

Moberg returned Monday to Remington to touch up that mural and start on the “Give Thanks” mural shortly thereafter.

After the sun began to set Wednesday, Moberg projected the words onto the mural for the complete design.

IGA owner and general manager Mike Scott was approached by the Remington Main Street Committee about having a mural painted on his building.

“At first, I wasn’t crazy about the idea, but then as I thought about it I knew it was a good location to bring love and inspiration to our community,” he said.

Scott said he wasn’t “too crazy” about the proposed design, saying it looked “too urbanish.” He was asked by Main Street Committee member Wendy Schwab what he would like to see displayed on his building.

“I don’t know where it came from or if it was my late father speaking to me, but i just thought, ‘With all things, give thanks,’” he said. “For the background, I thought about my home, when the sun begins to set and it gets so low the silhouettes of the grain bins and barns and landscape is just gorgeous.”

Now that it is finished, Scott likes what he sees.

“I am really pleased with the mural design,” he said. “I think it fits Remington just right.”

Scott said people asked him if he was worried about offending anyone with the religious aspect of the wording. He said it shouldn’t offend anyone because there is nothing wrong with giving thanks in all situations.

“We just felt like this was a really nice way to show Mike and his staff our appreciation for all their dedication and hard work at the IGA,” Schwab said. “Their outstanding work was felt by all of us. It is a critical part of what makes our community a great place to live.”