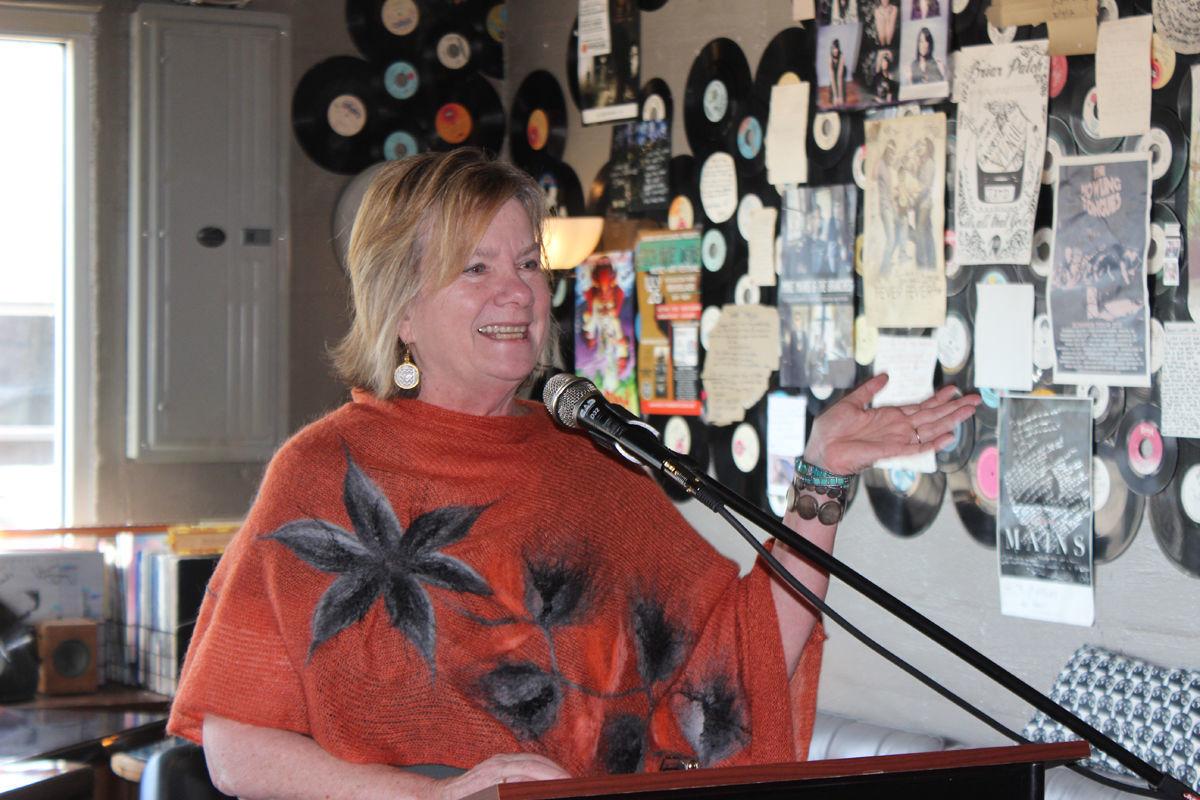 International Women’s Day Keynote Speaker Judge Patricia Riley, a native of Rensselaer, spoke about her path to the Indiana Court of Appeals as a woman in the 20th century. 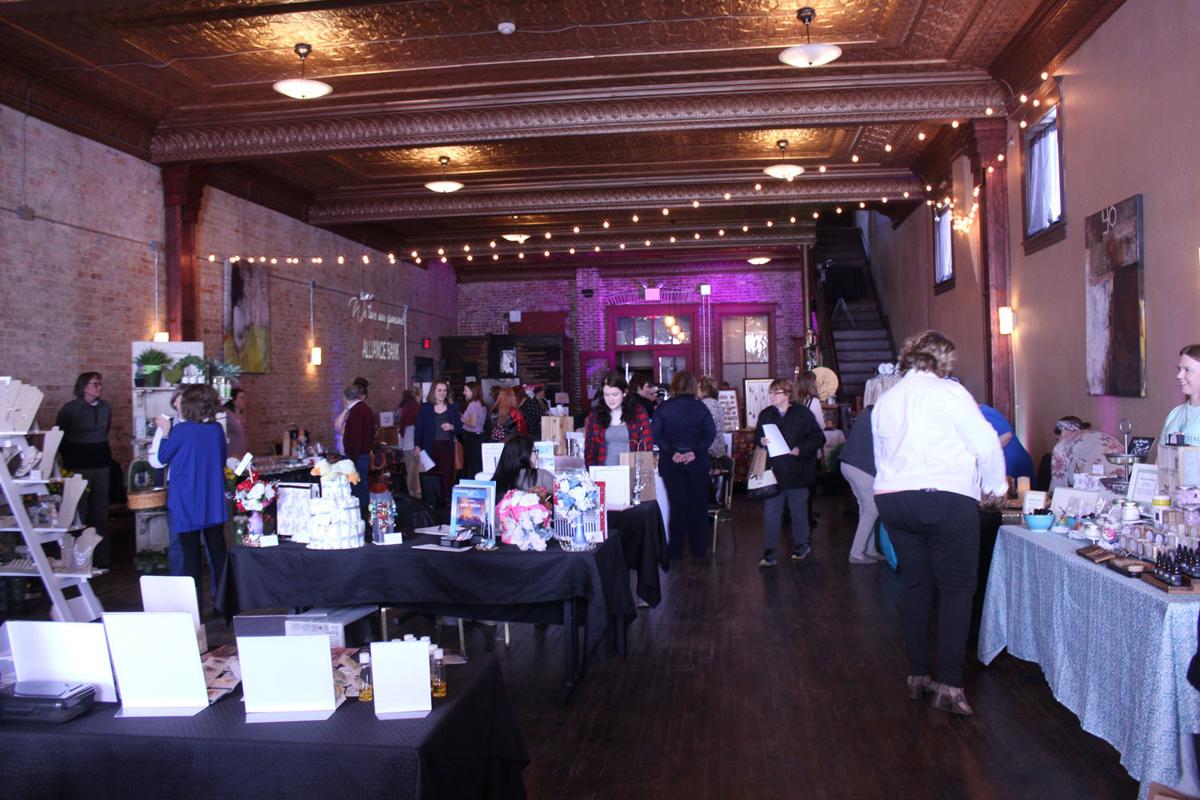 Women business owners brought their wares to the International Women’s Day celebration March 8. There were 23 female owned businesses displaying their products at the eMbers Venue in Rensselaer. 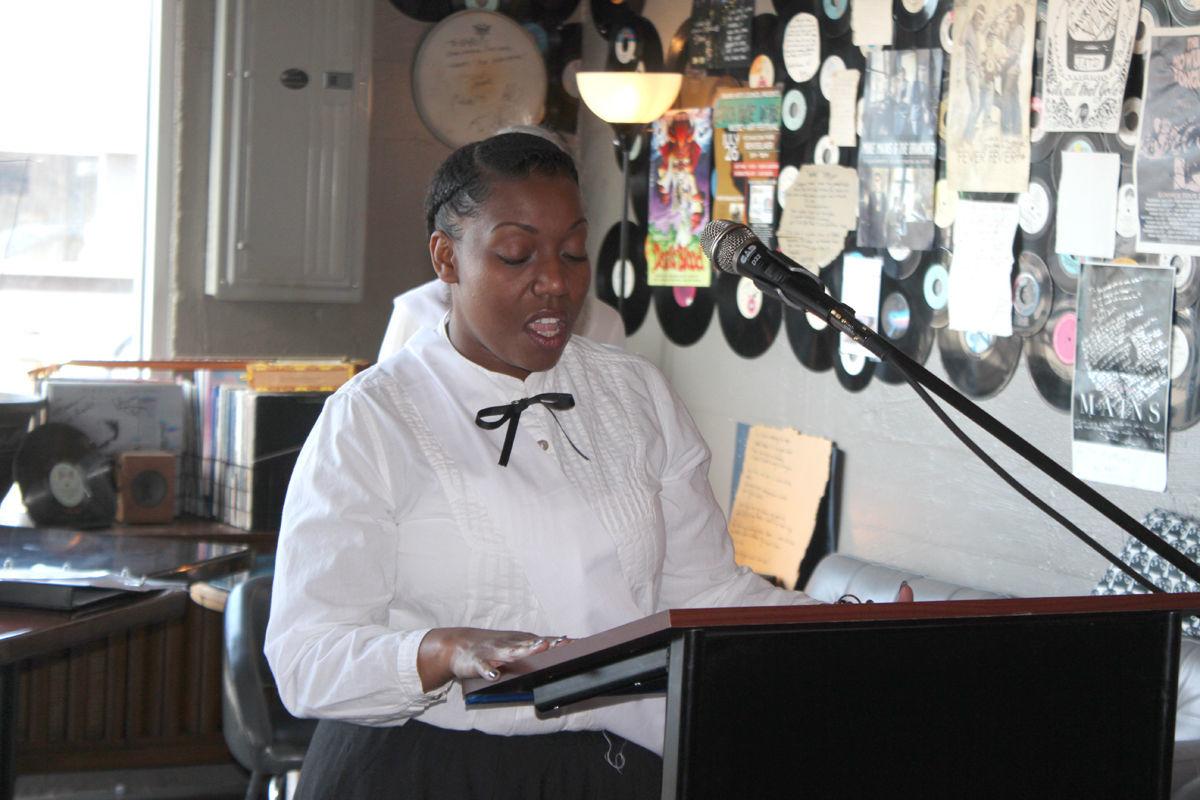 Vandaline Baker speaks as Harriet Tubman for the International Women’s Day presentation, “Hear us Roar: Women in History” held at eMbers in Rensselaer on Sunday.

International Women’s Day Keynote Speaker Judge Patricia Riley, a native of Rensselaer, spoke about her path to the Indiana Court of Appeals as a woman in the 20th century.

Women business owners brought their wares to the International Women’s Day celebration March 8. There were 23 female owned businesses displaying their products at the eMbers Venue in Rensselaer.

Vandaline Baker speaks as Harriet Tubman for the International Women’s Day presentation, “Hear us Roar: Women in History” held at eMbers in Rensselaer on Sunday.

RENSSELAER — Women were celebrated at the International Women’s Day celebration Sunday as women and a couple of men gathered at the eMbers venue to recognize women’s struggles through the centuries and to celebrate their progress. Guest speakers for the day was keynote speaker, Indiana Court of Appeals Judge Patricia Riley, a native of Rensselaer; Trixie Maguran Jaconson, who spoke on “Breaking the Glass Mat: Girls in Wrestling;” and Sara (Egan) Kinsell, who spoke on “Women shaping the Agricultural Industry.”

A presentation of women through history was written by Marcia Smith-Wood and performed by a cast of women who spoke as a historical figure describing her deeds and importance to the history of women in this country including the suffragettes who fought to get women’s right to vote. Co-chair of the event, Caron Jacobson said, “Voting rights should not be a partisan issue.”

She said when women were marching for their right to vote in the early part of the 20th century, they were arrested, beaten, chained to prison cell bars and yet, they continued to push for women’s rights. The 19th amendment was finally ratified in 1920, however, black women were still denied the right to vote until 1965.

The Equal Rights Amendment was first introduced in 1923, and required approval by a majority of states. In 2019, Virginia was the last state needed to get that majority to allow this amendment to become law; however it still has not been ratified. The Department of Justice said it was a dead amendment, and said the process would have to start from the beginning. Jacobson said, “There is no deadline for ratifying an amendment!”

She pointed out that women make up 51% of the population in the U.S. but are under represented in Congress and the Senate. Only 25% of the candidates in the 2018 election were women, and the number of female office holders dropped. Based on statistics beginning in 1960, it will take this country until 2117 to reach the proportionate level of represenation in government.

Women earn more degrees at every level, she said, yet they earn $.72 to a male’s $1 of earnings. “Vote, run for office, get involved,” Jacobson said.

Riley talked about her path to becoming a lawyer after graduating from Rensselear High School in 1967. “The best way to get a woman to do something is to tell her she can’t,” she said. A man of prominence in town asked her brother what he wanted to be when he grew up, and he said a lawyer. The man then asked Riley what she wanted to be, and she said a lawyer also. The man, she said, stood up and pointed his finger in her face and told her there’s no place for women in law. “That’s probably why I’m a lawyer,” she said.

That was the only voice that told her she shouldn’t do it. She said she had great support from her family and her community. Strong women in her life, including a few of her teachers, allowed her to be a thinker on her own without being put in her place as a female.

She said she was the first female president of the senior class, and she didn’t even think about that fact. She said I just ran and her classmates elected her. “I didn’t think about being a female.”

“Believing I could do it is what got me through,” she continued.

She said the women’s movement isn’t about making women strong,”we’re already strong. It’s the perception that needs to change.”

Before 1970, women could not own property or get a credit card in their own names until 1974. “There was no guarantee that a woman could keep her job if she became pregnant. Women had to leave the teaching profession if they were pregnant. A woman could not refuse to have sex with her husband until 1993,” she said.

In 1972, when Riley was admitted to law school (because the school had not met its minority quota) women made up only 7% of lawyers and only 9% were physicians. “We’ve made great strides in law school, but we still have so few women in leadership positions,” she said.

When, in 1974, the Indiana Supreme Court allowed a woman to keep her birth name rather than take her husband’s last name after marriage, one of the judges said, “Her need was not to change her name, but her need for a competent psychiatrist.”

Riley said this has happened in many of our lifetimes. “Don’t let your guard down because it’s still happening today,” she advised.

“Real queens help each other put on her crown,” she said was one of her favorite quotes, and also, “Cinderella didn’t ask for a prince. She asked for a night off and a dress. Be the girl you needed in your life.”

She said, “I am proud of the woman I am because I went through hell to become her.

“We have to vote. We have to be heard. Don’t be silenced by the chatter. Being bossy means you’re passionate.”

Kinsell, who also grew up in Rensselaer, is a “global leader for commercial reporting and integrated business planning” in the agriculture industry. She has two master’s degrees, and develops reports for business leaders to use for their programs. “How do I prove my worth among male salespersons? I have to be more knowledgeable because I’ve had to work harder to gain that place. We need to teach young men that women are their peers. Stop bench-marking women against men.

“There’s a common conception that women cannot support other women. We need to stop referring to ourselves as ‘one of the boys’ and we’re living in a ‘man’s world.’”

She continued, “Encourage, compliment and support each other. Serve as a mentor to younger women, especially in agriculture. We have to celebrate the successes women have in agriculture.”