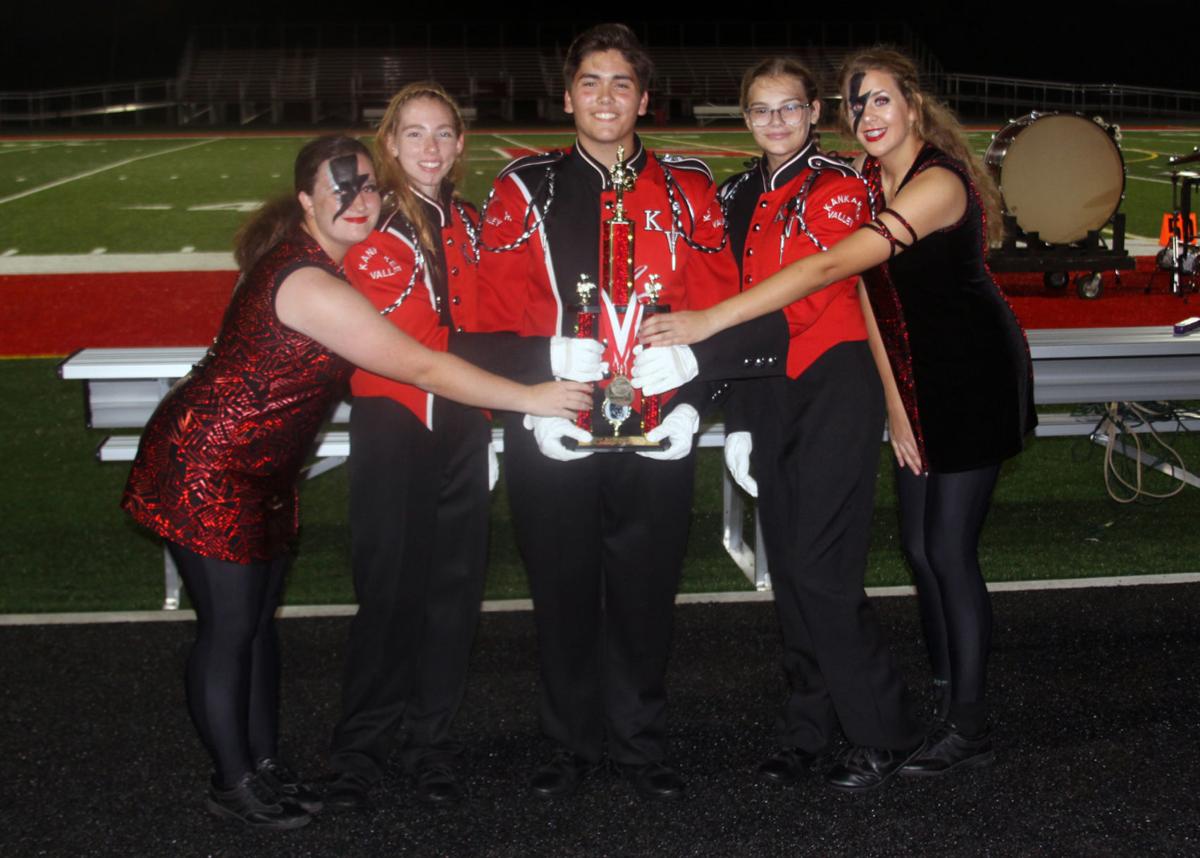 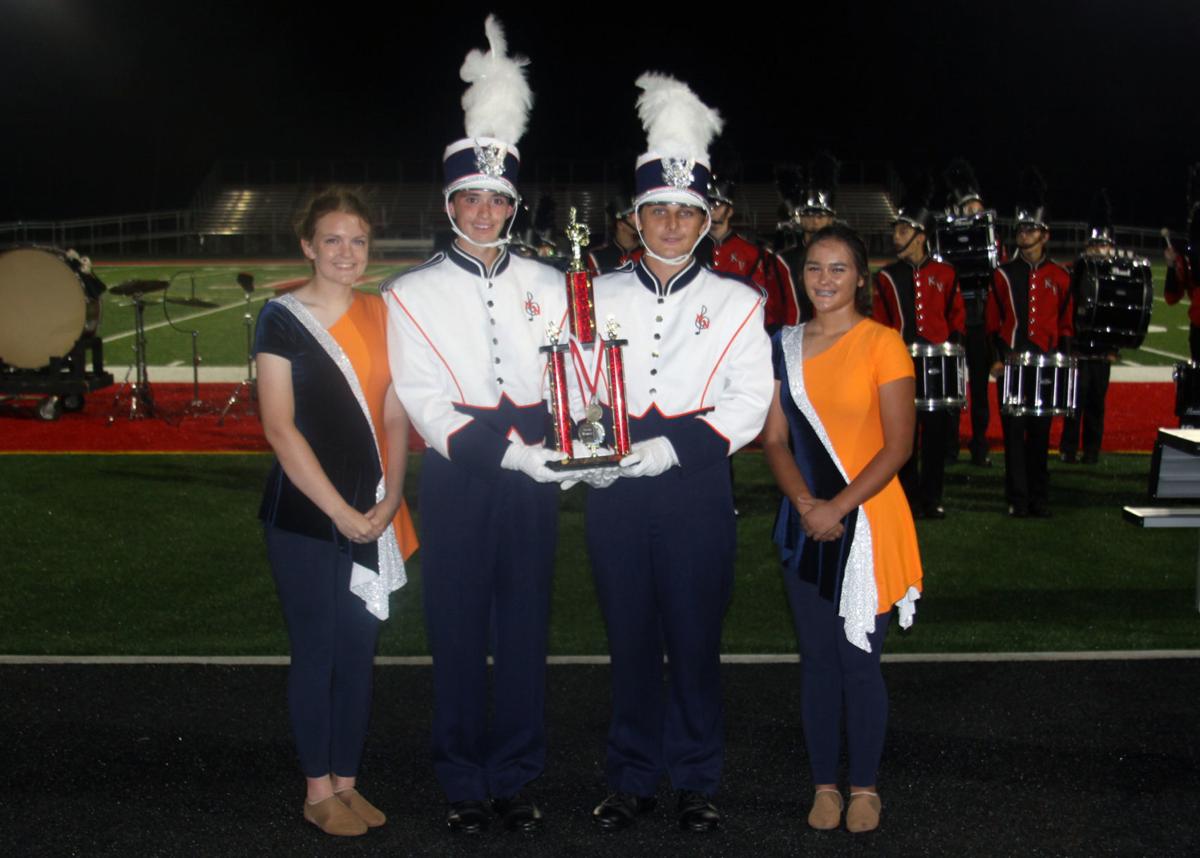 WHEATFIELD — Director Nick Boersma and the Kankakee Valley Marching Kougars hosted their annual Invitational on the night of Saturday, Sept. 28, and earned a gold rating for their performance, as well as a nod for “Musical Achievement.”

Also earning gold ratings were North Newton, Calumet, Hobart, Hanover Central, and Crown Point High Schools. In the competition, none or all of the competitors could earn a rating ranging from bronze, silver or gold depending on their point total awarded by a panel of judges comprised of collegiate band instructors. Morton, Lake Station and Rensselaer Central High School each earned Silver Ratings.

The Fan Favorite Award went to Kankakee Valley in a contest that was decided by donations placed in jars with each band’s name on them.

Partly cloudy this evening, then becoming cloudy after midnight. Low 32F. Winds SSW at 5 to 10 mph.

Partly cloudy this evening, then becoming cloudy after midnight. Low 32F. Winds SSW at 5 to 10 mph.

Showers early, becoming a steady rain later in the day. High 42F. Winds ENE at 5 to 10 mph. Chance of rain 90%. Rainfall near a quarter of an inch.