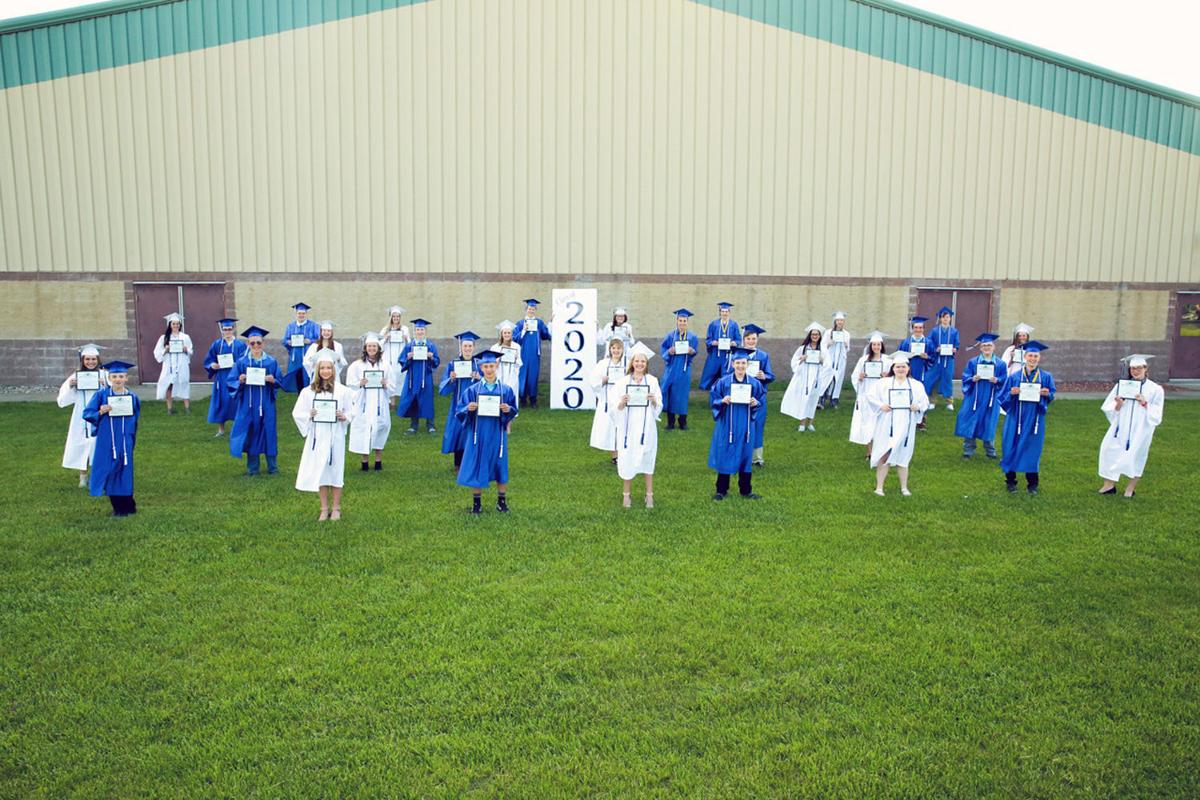 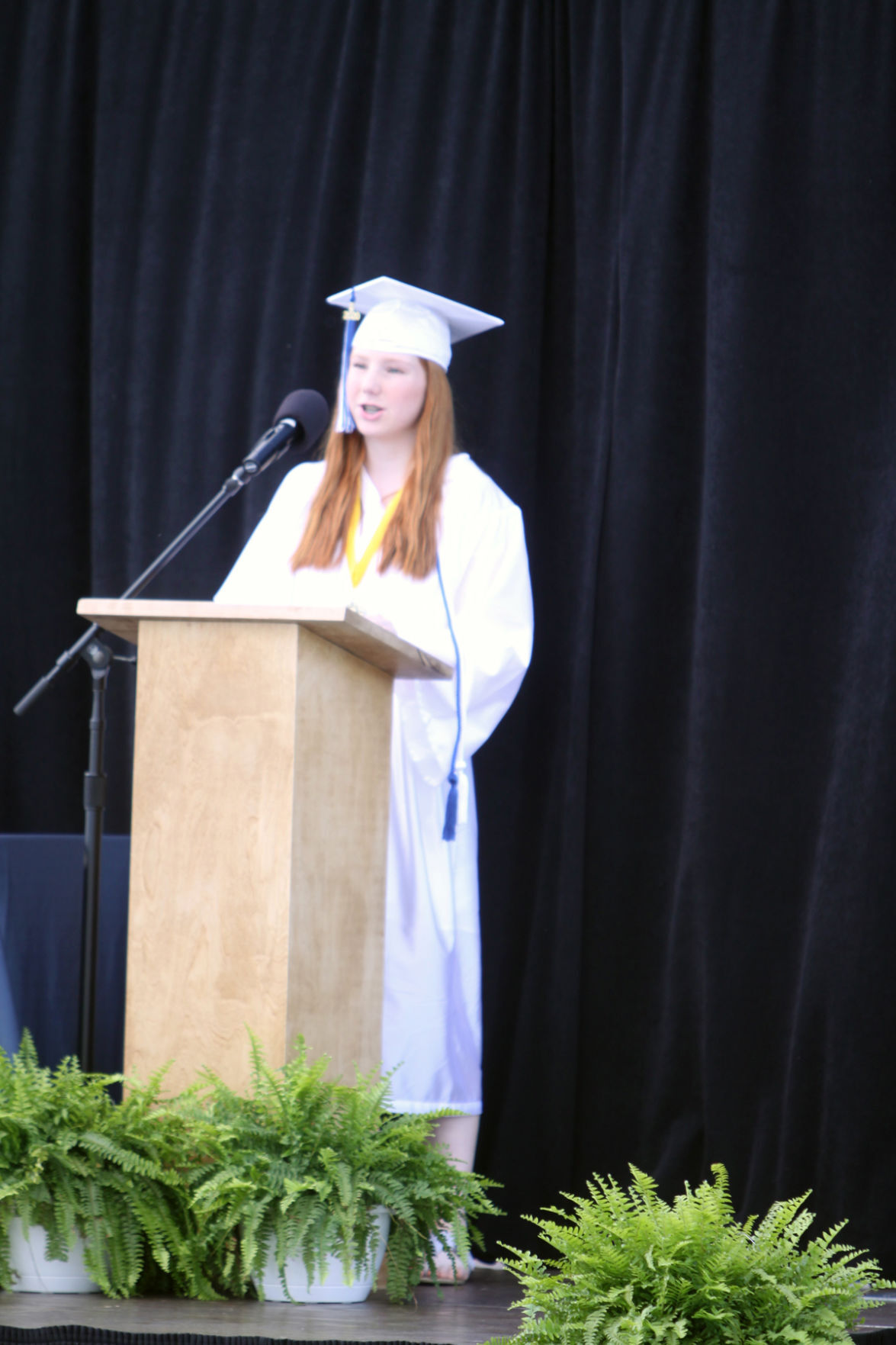 DEMOTTE — The 32 eighth-graders of DeMotte Christian School were celebrated in a safety-minded ceremony held at 5 p.m. on Friday, May 29, in the rear parking lot of Covenant Christian High School. Parents were directed to park in alternating spots in the lot and to remain in or near their vehicle with their graduates also in the vehicles to start. The ceremony was broadcast over both a public address system and over a wireless transmitter directly to car radios.

After a welcome and opening prayer, Class Speaker Kayla Bonicontro offered thoughts on the time that the eighth-graders have been together and how their time at DMCS did not end the way they thought it would. She spoke of still reaching their goals and how now they will split again with some going to Covenant Christian High School and some going to Kankakee Valley High School.

The Class Motto, Isaiah 40:8, was then read: “The grass withers and the flowers fall, but the word of the Lord endures forever.”

Pastor Tim Cary, who is the father of graduates Gage Cary and Xander Cary, then gave the graduation address. He reminded the graduates that he has also been their bus driver for almost every field trip that they have ever taken and how he has stories to tell. He reminded the students to keep their eyes on God as they go forth.

The traditional “Pomp and Circumstance March” was then played while the graduates were line at six-foot intervals before each name was read and the graduate received their diplomas. A class photo was then taken and a closing prayer was given by DMC Board member and parent Derek Terpstra.