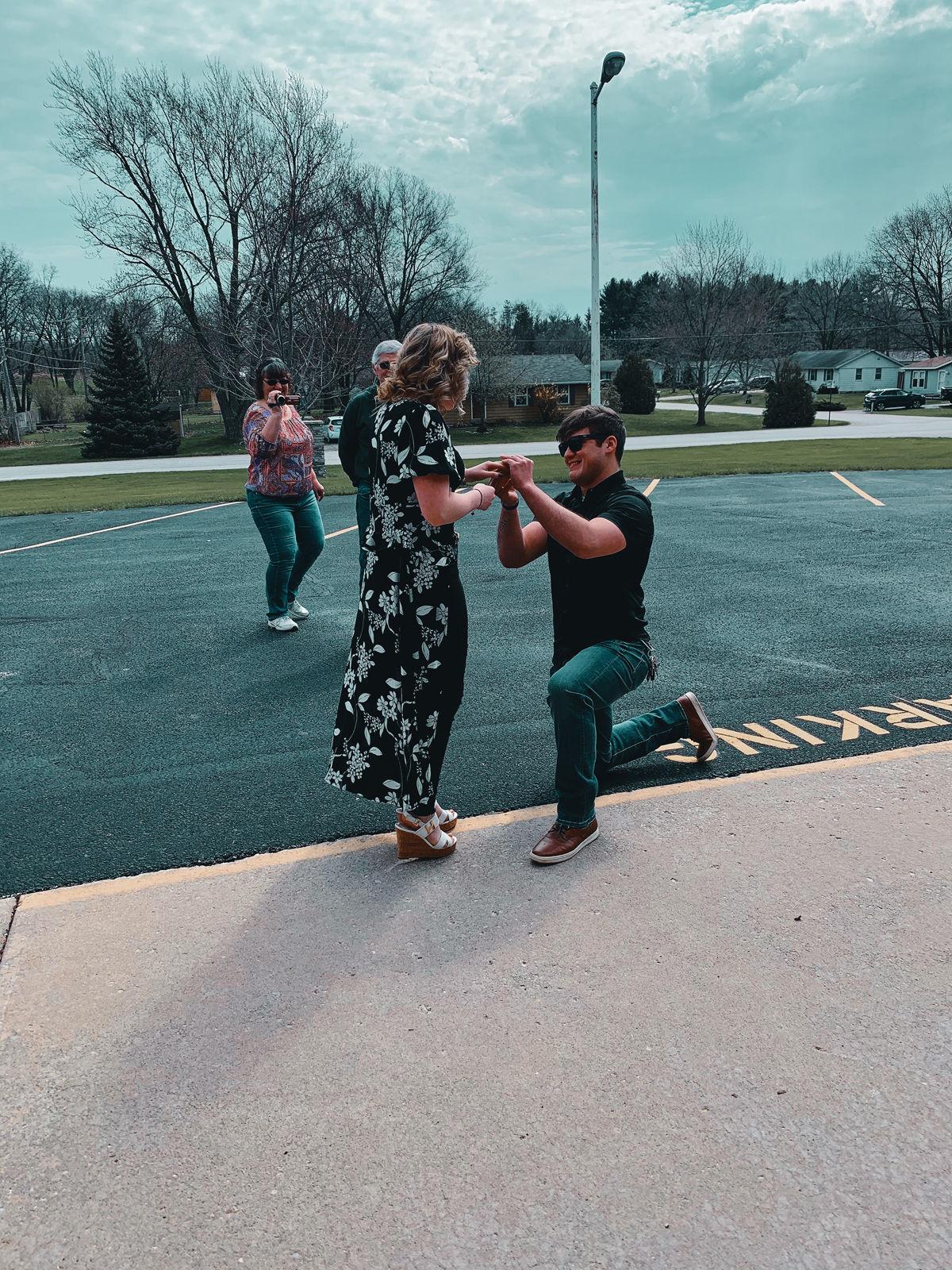 Adam gets down on one knee to propose after sending Paige on an interesting Easter egg hunt. 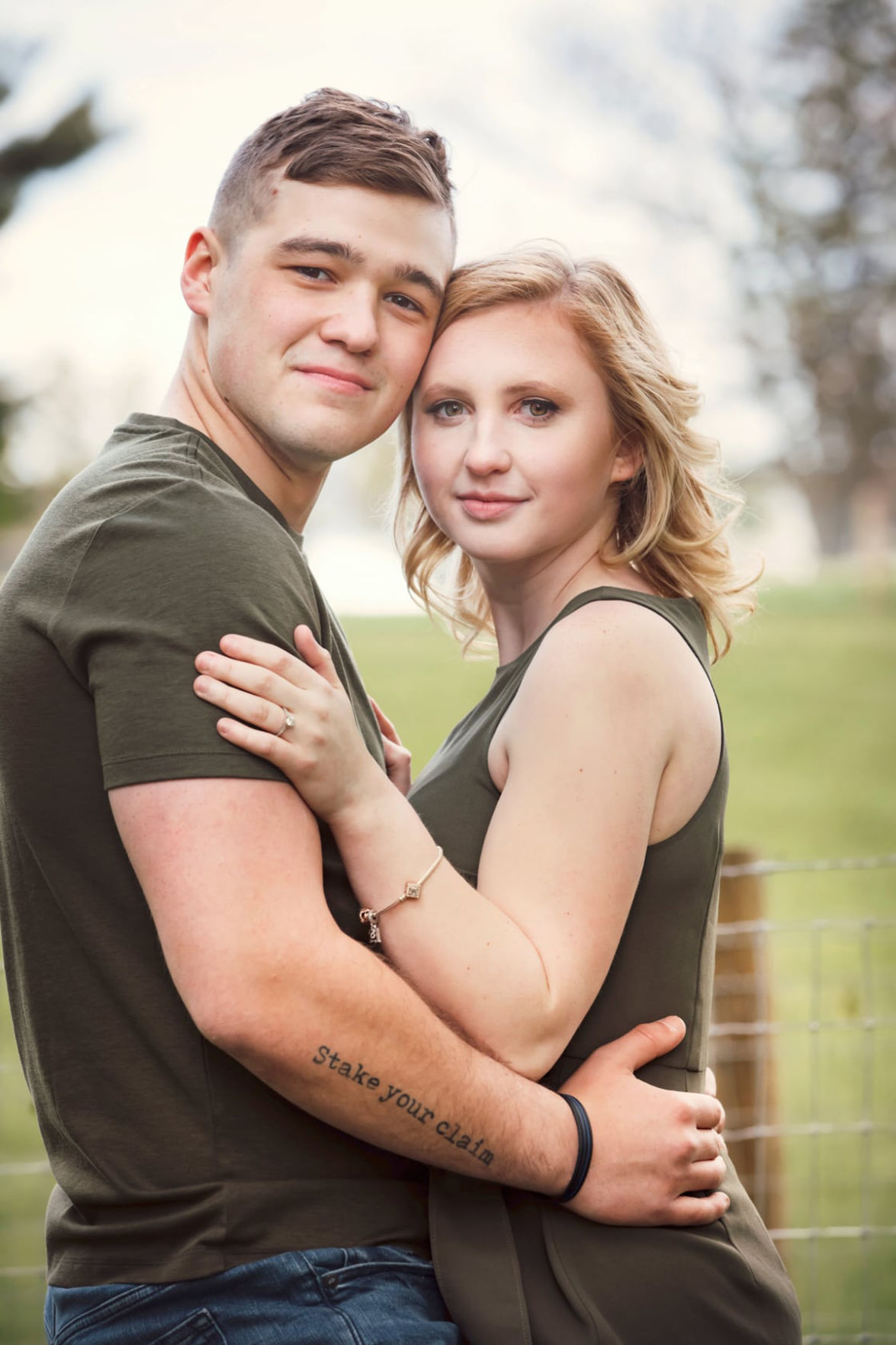 Adam and Paige pose for their engagement photo. 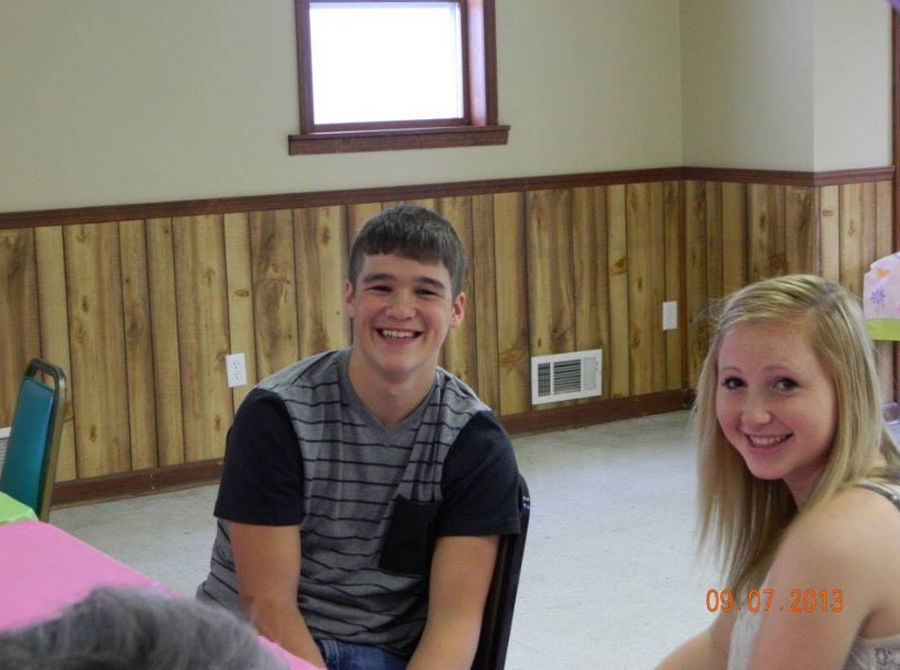 Friends since eighth grade, the couple attend a birthday party together. 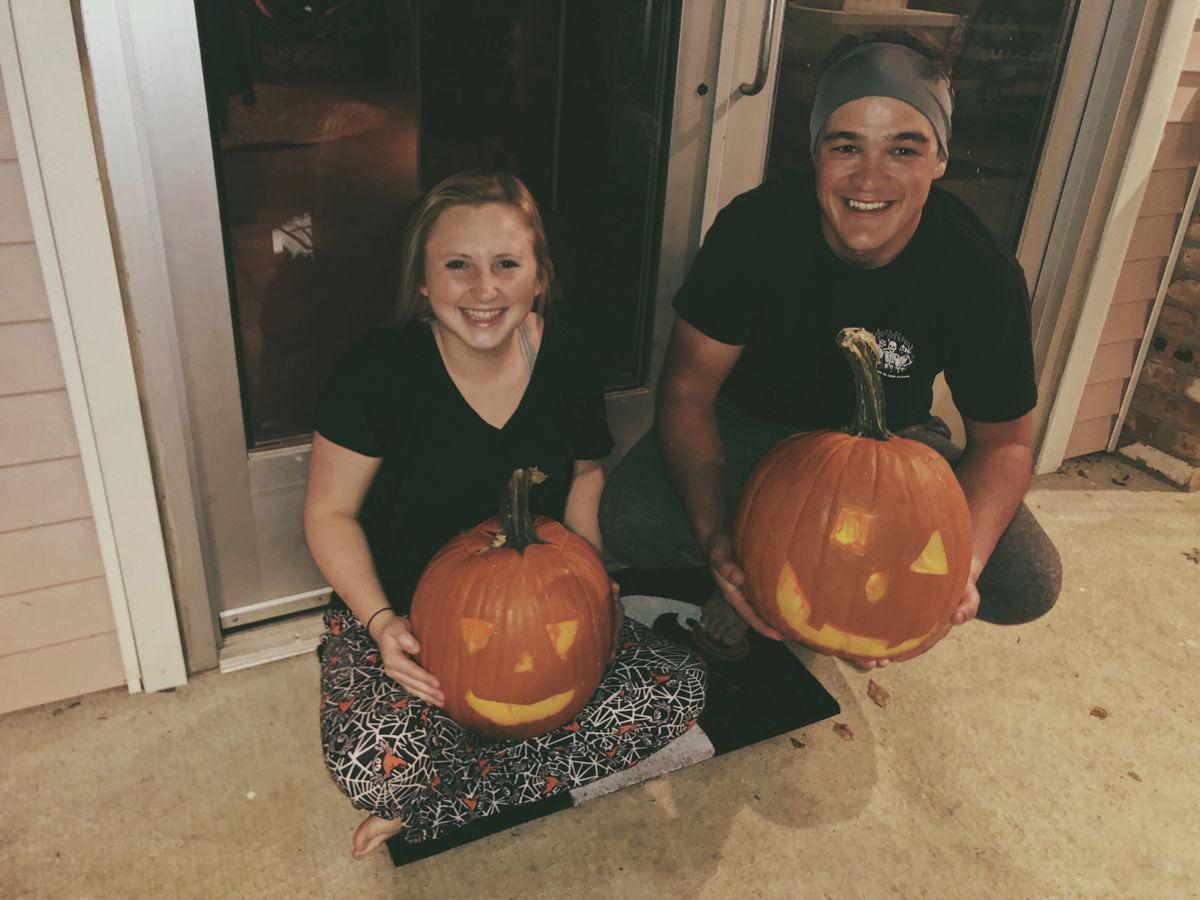 The young friends enjoy a Halloween together.

Adam gets down on one knee to propose after sending Paige on an interesting Easter egg hunt.

Adam and Paige pose for their engagement photo.

Friends since eighth grade, the couple attend a birthday party together.

The young friends enjoy a Halloween together.

It is the simplest of things; the smallest of things, that can move mountains. For Paige and Adam, something as small as a hair tie opened the door of opportunity, and a chance for love to grow.

In April of 2012 Paige Carpenter met Adam Rollins at a youth group activity night, held at Community Church of Roselawn. The two noticed each other from across the lawn during a fierce water balloon fight. After a truce was called on the battlefield, Paige decided to strike up a conversation with Adam, and in honest need of a hair tie, asked Adam if he happened to have one on him. Surprisingly, he did.

“That has been a huge inside joke with us for the longest time,” said Paige. All too soon Paige’s father arrived to take her home. “I remember getting into the car to leave thinking ‘I can’t believe I have no way of communicating with him,’ so I told my dad I forgot something inside but really I was running in to get Adam’s phone number.

“I remember how awkward we both were at the time, so this was nerve wracking for both of us, but he gave me his number and that is where it all started,” explained Paige. The young couple dated during their eighth grade through sophomore years of high school before parting ways romantically, but they remained close in friendship until summer of last year.

After Paige and Adam went their separate ways they matured, learned more about themselves, their desires, and their dreams. Life has a way of changing your perceptions as you grow, but for Paige and Adam both the one constant that remained was how they felt about each other.

When they reconnected in 2019, they both knew right away that they did not want to move forward without the other by their side. “We ended up becoming closer than we ever had before and fell right back in love and now we are engaged!” said Paige.

Paige and Adam had discussed marriage and wanting to spend the rest of their lives together numerous times, but Adam truly caught Paige off guard when he proposed to her this past Easter, on April 12, 2020.

“I thought we were just going to our families’ house to eat and get small Easter baskets. He told me that his mom set up an Easter egg hunt for us around her house, so when we got there, we began looking for Easter eggs. We found eggs using clues that were written on strips of paper. Each egg that we found had a prize next to them. The second to last egg for me had hair ties next to it. I did not think anything of it; in my head I thought ‘Sweet! I was running out of hair ties.’”

Then the last clue said, “This is where adults and children go to find spirituality.”

“Me, not knowing what was going on, kept thinking maybe by the pool? That could be where people read or meditate? But then Adam said, ‘maybe a church?’ His mom said that we had to drive to get the last egg. So, we got into the car and drove to Community Church of Roselawn,” explained Paige.

The couple split up looking for the mysterious last Easter egg; Paige went around one side of the church and Adam the other. Without further ado, Adam announced that he had found the last egg. He claimed that the egg was by the door. “As soon as I turned the corner (I saw) my parents there. When I turned around, Adam was down on one knee and asked me to marry him,” cried Paige.

Paige was overjoyed and completely surprised. The loving couple plan to get married at County Line Orchard this coming November. They plan to incorporate pumpkins and flowers into their decor, as well as County Line’s famous donuts for desserts.

“You can’t go to County Line Orchard and not get donuts!” said Paige. The bride and groom plan to take their first dance as husband and wife to the sound of Rascal Flatts’ “Bless the Broken Road,” the perfect song for the couple, given how their journey started, meandered, and then came back together again.

“You know that feeling you have when you are home? Like, being able to relax and having that safe feeling? Well, that is how I feel about Adam. I am constantly [at home] whenever I am with him. To find someone where you can let your guard down and just be yourself is so important. He makes me a better person and pushes me to reach my goals. Through all the times we shared together, good, and bad. I know that Adam is the one I want to spend the rest of my life with,” said Paige. Perhaps Paige will accept the idea of wrapping a hair tie or two around her wedding bouquet for good luck. Congratulations Paige and Adam!