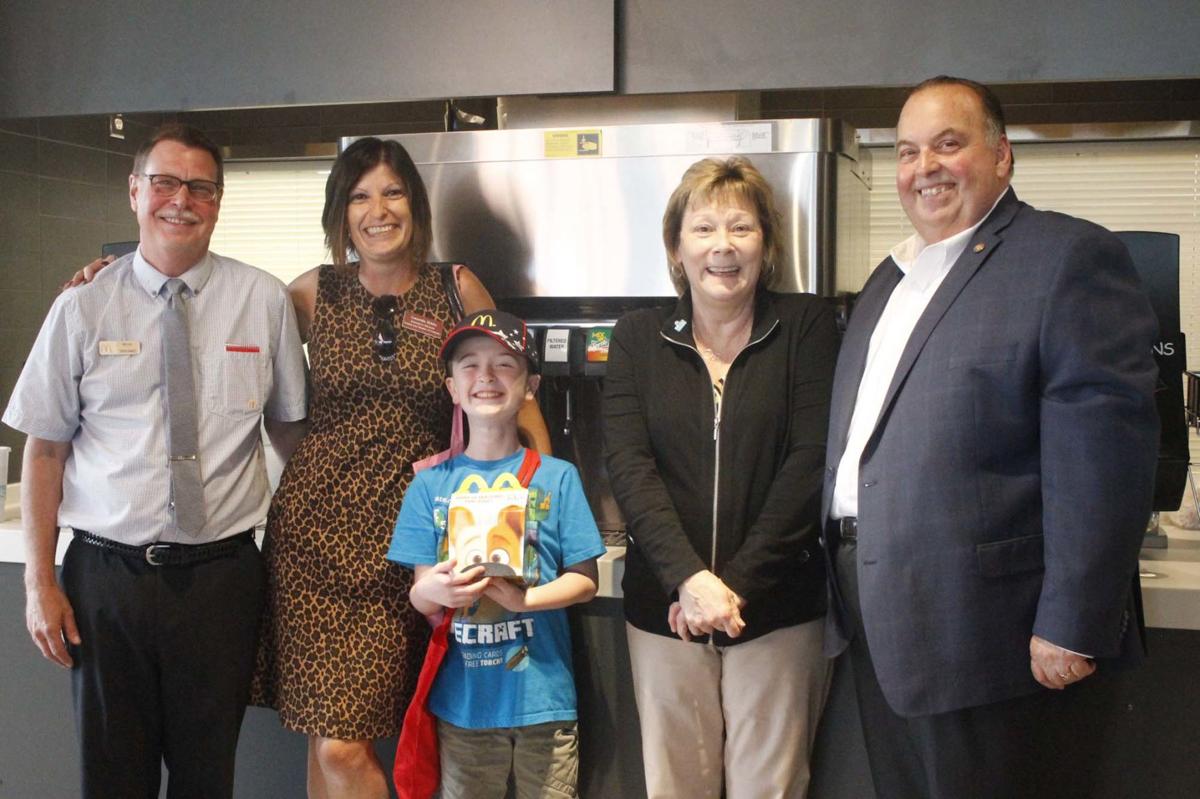 RJ Rule, 9, smiles as he holds the first Happy Meal made at the new McDonald’s in Watseka Monday evening. Standing with him are General Manager Brian Page, his aunt Amanda Hibbs, and McDonald’s owners Marsha and Wayne Jarosh. 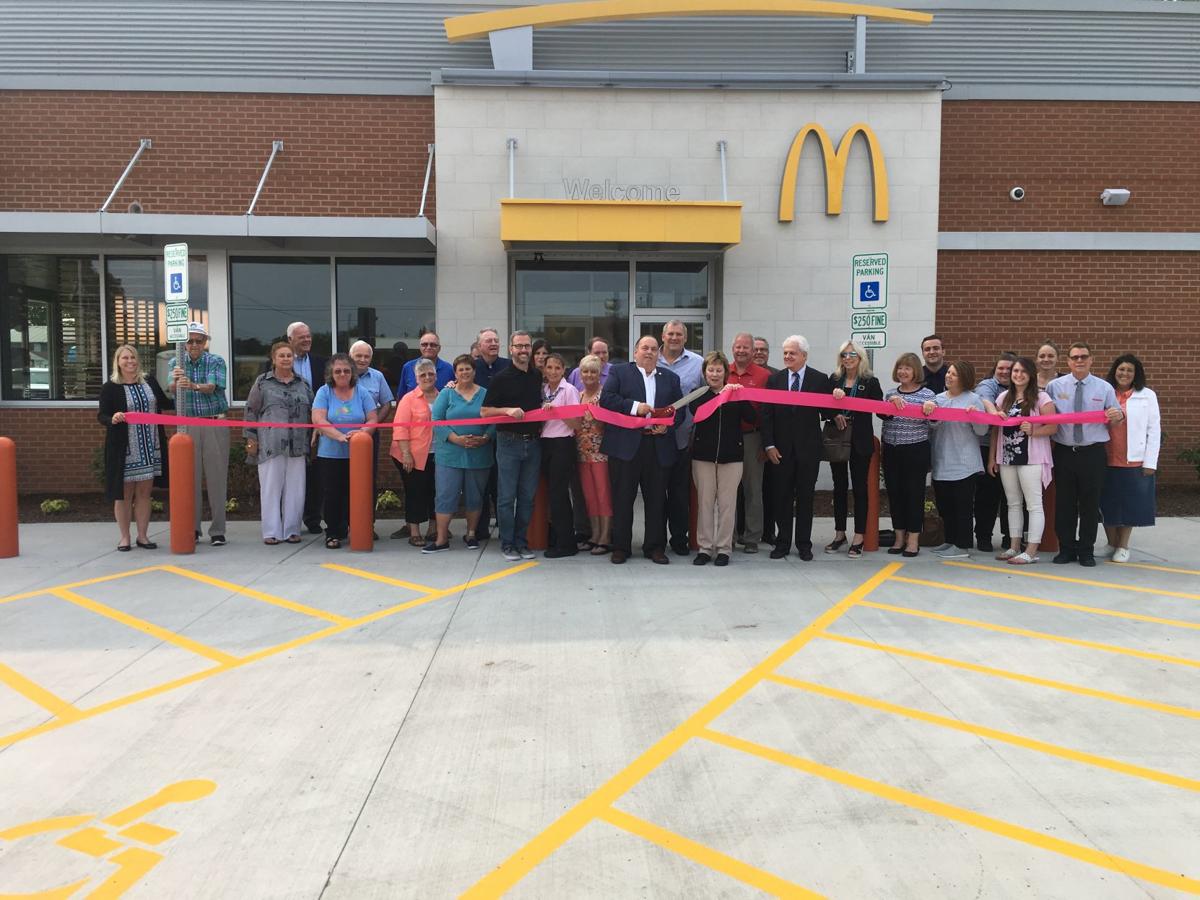 Local business and government leaders were on hand Monday evening for the ribbon cutting at the new McDonald’s in Watseka. 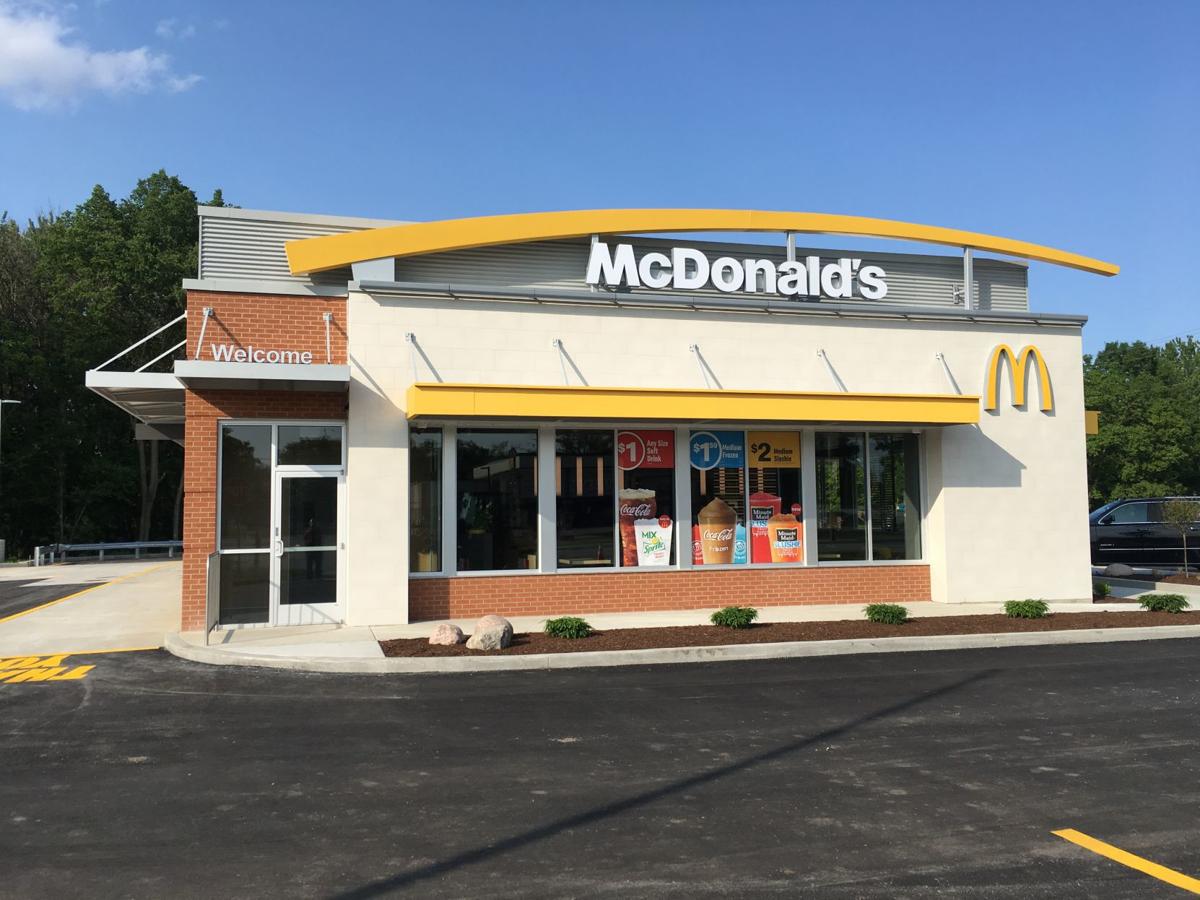 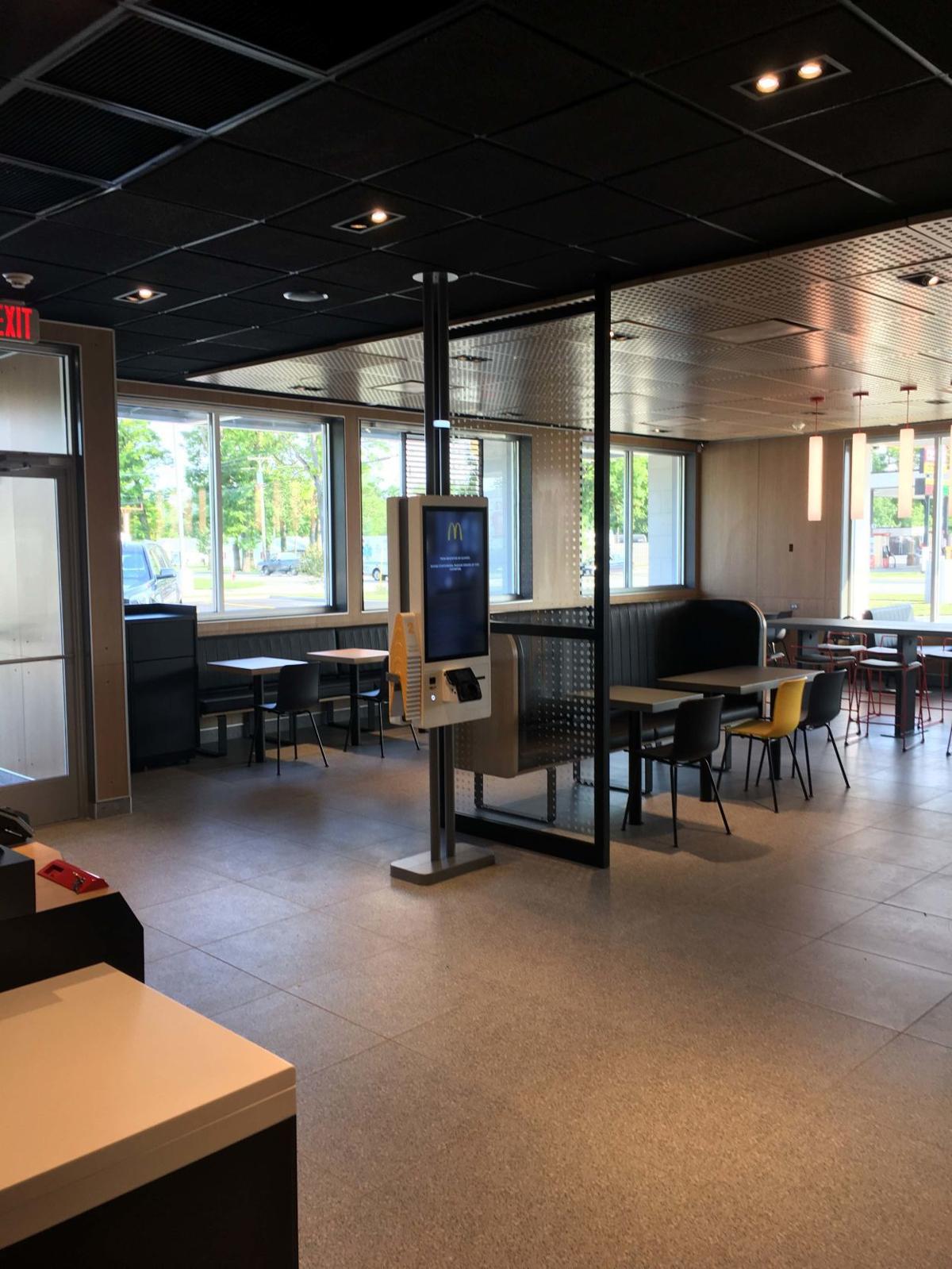 The new McDonald’s will have kiosk ordering as one of the options, while those who want to order at the counter can do so.

RJ Rule, 9, smiles as he holds the first Happy Meal made at the new McDonald’s in Watseka Monday evening. Standing with him are General Manager Brian Page, his aunt Amanda Hibbs, and McDonald’s owners Marsha and Wayne Jarosh.

Local business and government leaders were on hand Monday evening for the ribbon cutting at the new McDonald’s in Watseka.

The new McDonald’s will have kiosk ordering as one of the options, while those who want to order at the counter can do so.

The dining room was alive with people as they were served french fries, shakes and other items.

It wasn’t officially open, but the new McDonald’s in Watseka was open Monday evening for a time for a private preview.

Mayor John Allhands and several members of the Watseka City Council, along with a number of Watseka Area Chamber of Commerce members and others from the business community were treated to a first showing of the McDonald’s from owners Wayne and Marsha Jarosh and several of the staff, including General Manager Brian Page.

Wayne said the new restaurant is called “Experience of the Future” or “EOTF”.

“It is a very modern, more urban look,” he said. “This design is called a Ray design after our founder Ray Kroc. They just opened up a store in Times Square in New York City with this exact decor. They figure it could be one of the busiest McDonald’s in the United State and maybe even in the world.

“We offer kiosk service, and we also have table service for those folks that want to come in and just relax, put your order in, grab a number and sit down. Someone will bring your food to you. That will probably operate from 7 a.m.-7 p.m. There are still folks who would love to talk to people, which is what we have at the front counter.”

The drive-thru is now side-by-side, which is different than the Watseka McDonald’s has seen in the past, which used to just be tandem, he said. The new drive-thru allows them to serve up to 200 cars an hour, he said.

Technology is very up-to-date as well, including the McDonald’s app which allows people to order their food up to 24 hours in advance via that app on their phone. The property is surrounded by geofencing, which is a technology that allows mobile apps to engage the user as they are in the geofencing area.

As a customer drives up to the drive thru window, Wayne said, and is greeted by an employee, the customer can give the app number, which is a four-digit number, the food is made and the customer waits in the mobile-app parking area and the food is taken out to the customer.

“The Experience of the Future is about changing the culture of hospitality. We want to have our costumers understand what they are looking for and want to make them feel as if they are at home and not just a fast food restaurant. That’s the culture change in the entire country.”

Wayne said he is very happy to be back in Watseka.

He said they have hired 47 employees so far and plan to continue to hire people until they reach 60 employees.

Twenty of the employees worked at McDonald’s before it flooded.

“It is exactly 486 days,” he said of the time that has passed. They have overcome that devastation and are proud to present the new restaurant to the community.

McDonald’s is special to the Jaroshes for many reasons, including the fact that they met at a McDonald’s in the Chicago area about 45 years ago. “She really is my partner,” he said. “I work the front end and she works the back end.”

The partnership has kept them going through the bad times and the good times. They smiled at everyone they greeted Monday night during one of those good times.

“We’re very excited to get us open again,” he said. There are new products. Sparkling frozen beverages, which are like slushies, are one of those new items. This restaurant is one of the few in the Chicago area that are serving twist ice cream cones as a choice. Also available to customers is a chance to help decide which coffee to serve.

“We’re testing both the 100 percent Columbian medium roast coffee and our regular coffee,” he said. “I’m going to let our consumers decide which we should sell. That test will go until the end of September.”

The employees have been training in between the other stores, and will continue to train them.

He said, too, “We have a great staff. Our crew people can’t wait. We welcome them.”

The Watseka restaurant will also be the site of some training.

“We have a state of the art equipment package,” he said. “That makes it easier for our customers and also for us to produce our product faster. We’re one of three stores, I believe, in the Chicago area that have this. So we will be having visitors from Chicago and other folks training here, too. We spent two days in Ottawa training there. We really enjoyed it and I think we will do well.

“We are extremely happy to be back here. We’ve missed the city,” he said, noting that remember how bad it was with the flood. “We thank the people that stayed and hope they come back and visit us. We’re really, really happy to be here.”