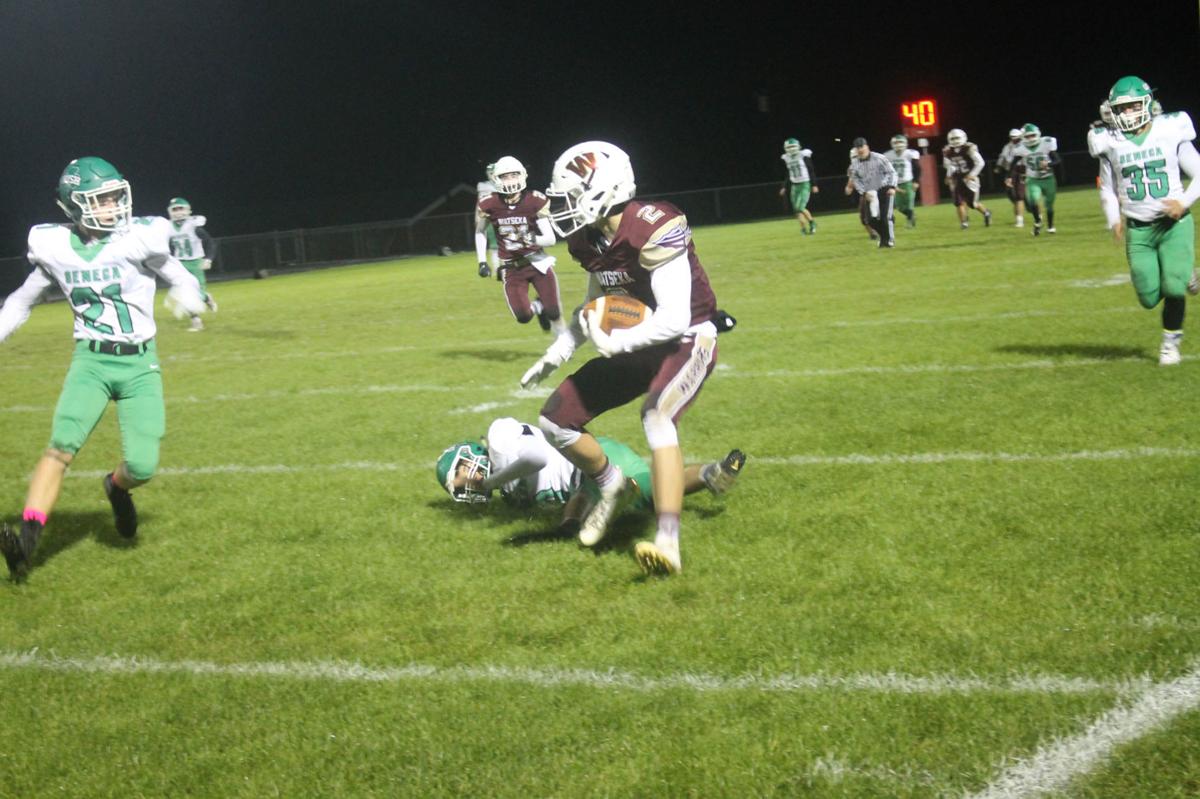 Watseka's Brayden Haines (2) carries the ball for the Warriors in the Friday night homecoming game against Seneca. 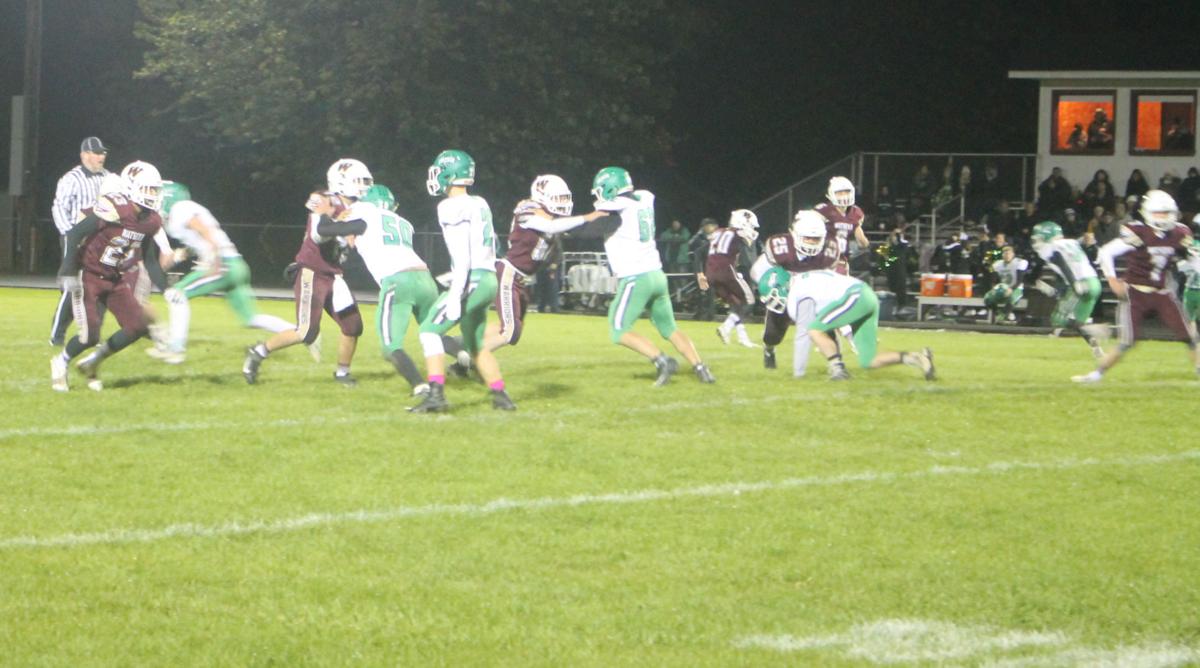 Watseka's Brayden Haines (2) carries the ball for the Warriors in the Friday night homecoming game against Seneca.

It wasn’t the homecoming outcome the Watseka Warriors wanted as they lost Friday night to the Seneca Fighting Irish 20-0.

The teams were scoreless in the first quarter, but Seneca got on the board at the :24 mark, making it 6-0. A two-point conversion attempt by the Irish was no good.

Seneca scored again in the third quarter to make the score 12-0 in their favor. Another two-point conversion attempt was not good.

The Irish would score again in the fourth quarter and a two-point conversion attempt was good, making the score 20-0.

Watseka’s Jameson Cluver rushed for 23 yards. He also had two receptions for eight yards. Brayden Haines had three reception for 90 yards and Conner Curry had four receptions for 27 yards.

Bryce Denoyer had 11 tackles for the Warriors and Tylor Durflinger had 7 tackles. Curry had five tackles on the night.

Coach Aaron Hilgendorf said his team has some things to work on before next week.

“We just didn’t play well enough to win tonight,” he said after the game. “Seneca outplayed us pretty much every area. We turned the ball over too many times and against a team like that, that can run the ball as well as they do, you can’t get behind.

Ellie Rabe serves as first Student of the Week

“They kind of dictated the game to us and that’s not how we want to play football,” he said.

“It’s going to sting,” Hilgendorf said of the loss. “We’re on a two game losing streak. The biggest thing is we’ve got to get better, because there’s good opponents coming. We’ve got two games left and we need to get better or we’re not going to be happy by week nine.”

Next week the Warriors face PBL, who played Central Friday night and lost 29-14.

Hilgendorf said they will be getting ready for that game.

“We’ll try to fix things from this game and then we’ll get to work on Paxton over the weekend,” he said.

Rain and snow this morning transitioning to snow showers for the afternoon. Some mixed winter precipitation possible. Temps nearly steady in the low to mid 30s. Winds SSE at 10 to 15 mph. Chance of precip 70%. About one inch of snow expected.

Showers early, becoming a steady rain later in the day. Temps nearly steady in the mid 30s. Winds NE at 5 to 10 mph. Chance of rain 80%.