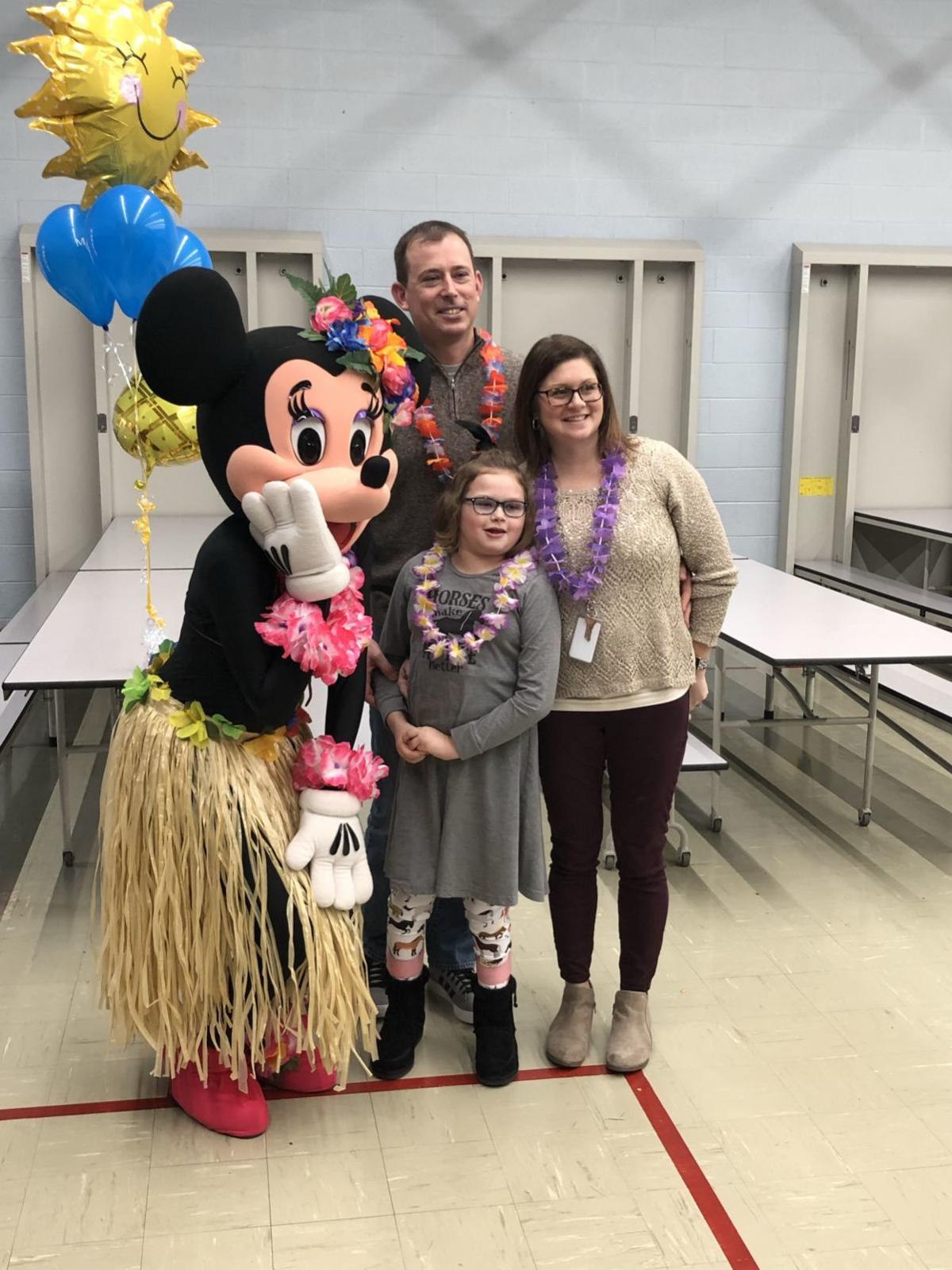 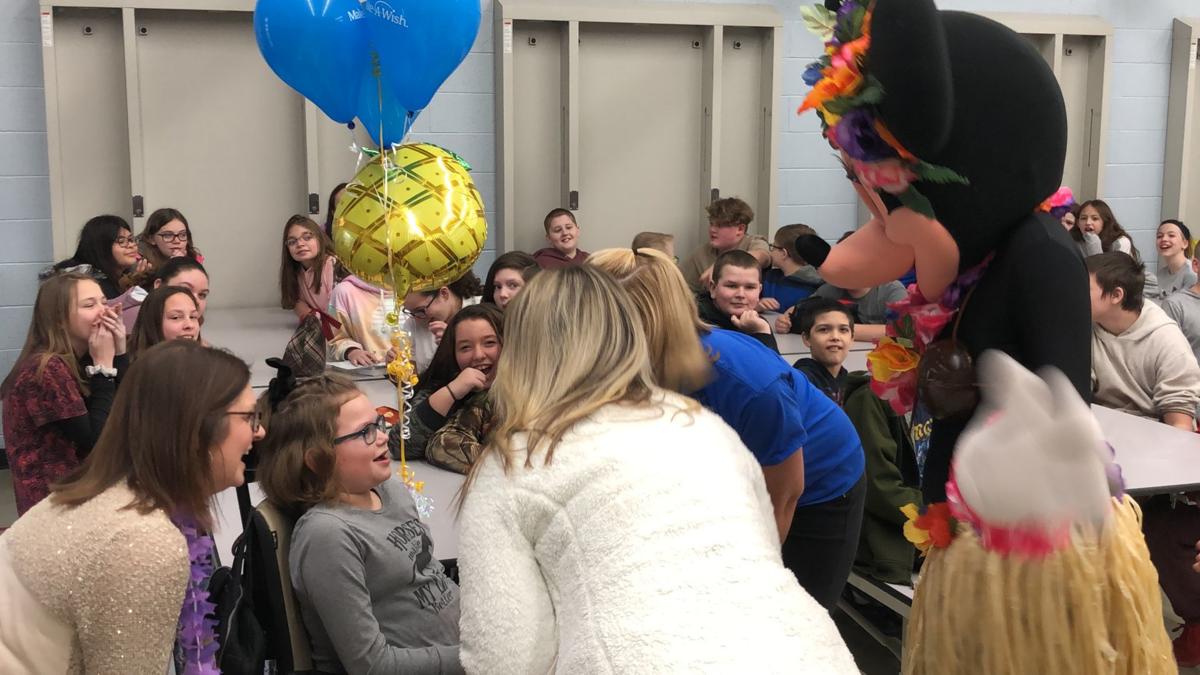 Tayla Maple gets a surprise visit from Minnie Mouse and Make a Wish volunteers who let her know she will get to visit Hawaii and to see her favorite animals and Disney characters in June.

Tayla Maple gets a surprise visit from Minnie Mouse and Make a Wish volunteers who let her know she will get to visit Hawaii and to see her favorite animals and Disney characters in June.

One little girl got to make a wish and it was delivered to her Monday by Minnie Mouse and the Make a Wish Foundation.

Tayla Maple will take a trip to Hawaii in June to get up close and personal with a sort of animal, visit with her favorite Disney characters and swim in the ocean. Tayla, her parents Lindsay and Matt, and her sisters Haven and Colbi will be visiting Aulani Disney Resort on the island of Oahu.

“This was a way to incorporate all her favorite things,” said Lindsay. She nominated her daughter last spring after finding out those who have Rett Syndrome are automatically accepted through the Make a Wish Foundation.

Rett Syndrome is a rare genetic occurrence — one in 10,000 — which happens mostly in girls. Lindsay explained that the disease shows itself when the young child begins to regress in development, and it often leads to a loss in the abilities to walk, talk and/or use hands properly.

Tayla’s genetic mutation is at the end of the gene strand, she said, which means she’s higher functioning. She said her daughter was diagnosed at the age of 3 1/2, but they noticed she was not hitting her milestones normally. “Tayla never really regressed,” she said. “We just noticed everything was happening later.”

The 12-year-old was a bit overwhelmed by the revealing of the secret, Lindsay said. Part of her disability is hyperventilating a bit more than others and ringing her hands, but Tayla was able to calm herself down enough to excitedly say “Minnie Mouse!” throughout the visit.

Minnie Mouse was a big shock to Tayla, as she repeated the name as soon as the big mouse walked into the cafeteria door. Minnie Mouse helped deliver the surprise, along with Make a Wish volunteers Gina Cordes and Lisa Holt, to Tayla by giving her a big hug and whispering it in her ear. Then, Minnie Mouse, Cordes, Holt, Lindsay and Matt, and grandmother Kathy Webster escorted the surprised girl back to her classroom to enjoy cookies with her teacher, Toni Tammen, and her classmates — who also enjoyed the surprise visit from their new mouse friend.

Tayla is in sixth grade at Glenn Raymond School in Watseka. She has aids in school and uses a computer device called Tobii, which allows her to communicate better academically through the device using her eyes. She’s in regular education science and social studies, said the proud mother. “It’s just hard for her to show what she knows. She’s very cognizant of what goes on around her.”

Recently has also had another milestone, another exciting event — “She just went to her first junior high dance.”

She’s hitting all kinds of milestones.

“This was an amazing experience,” said Lindsay about giving her daughter another opportunity. “Today made my heart happy.”

Taking this trip, she said, will make Tayla happy.