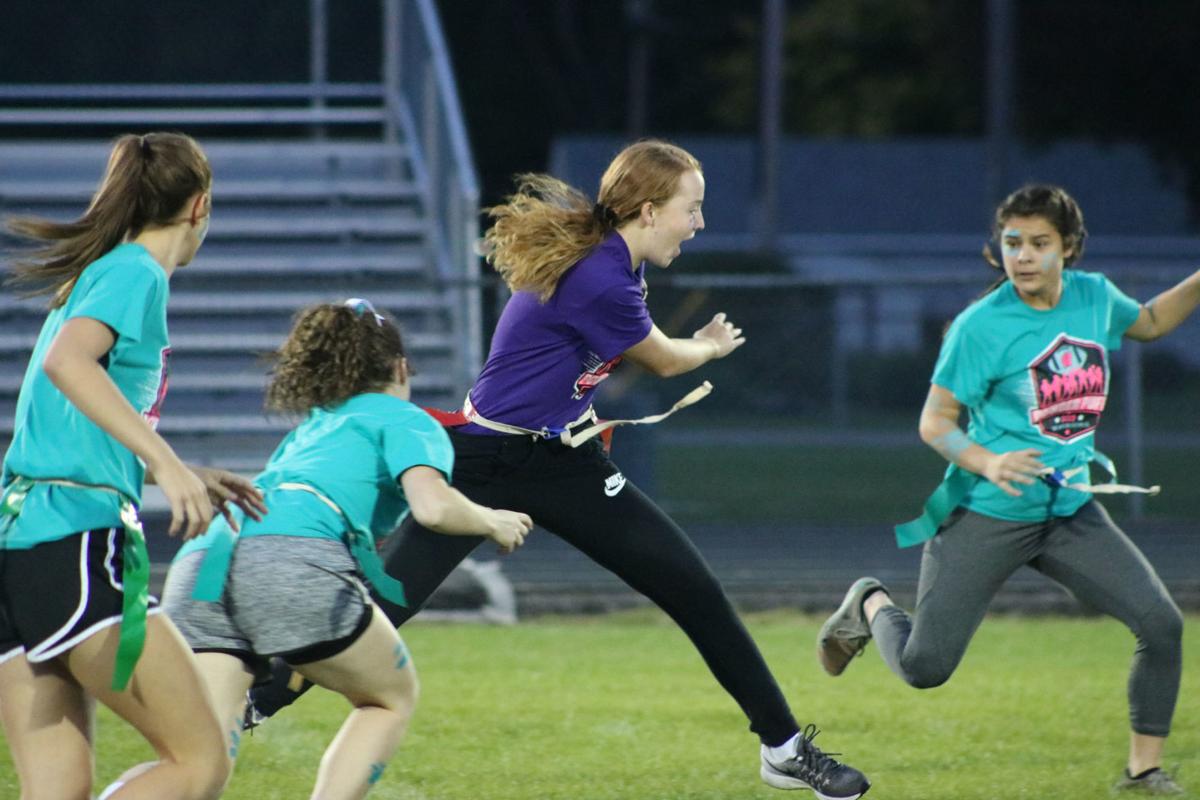 The juniors’ quarterback, Natalie Schroeder, breaks through the sophomore’s defense on Wednesday night. 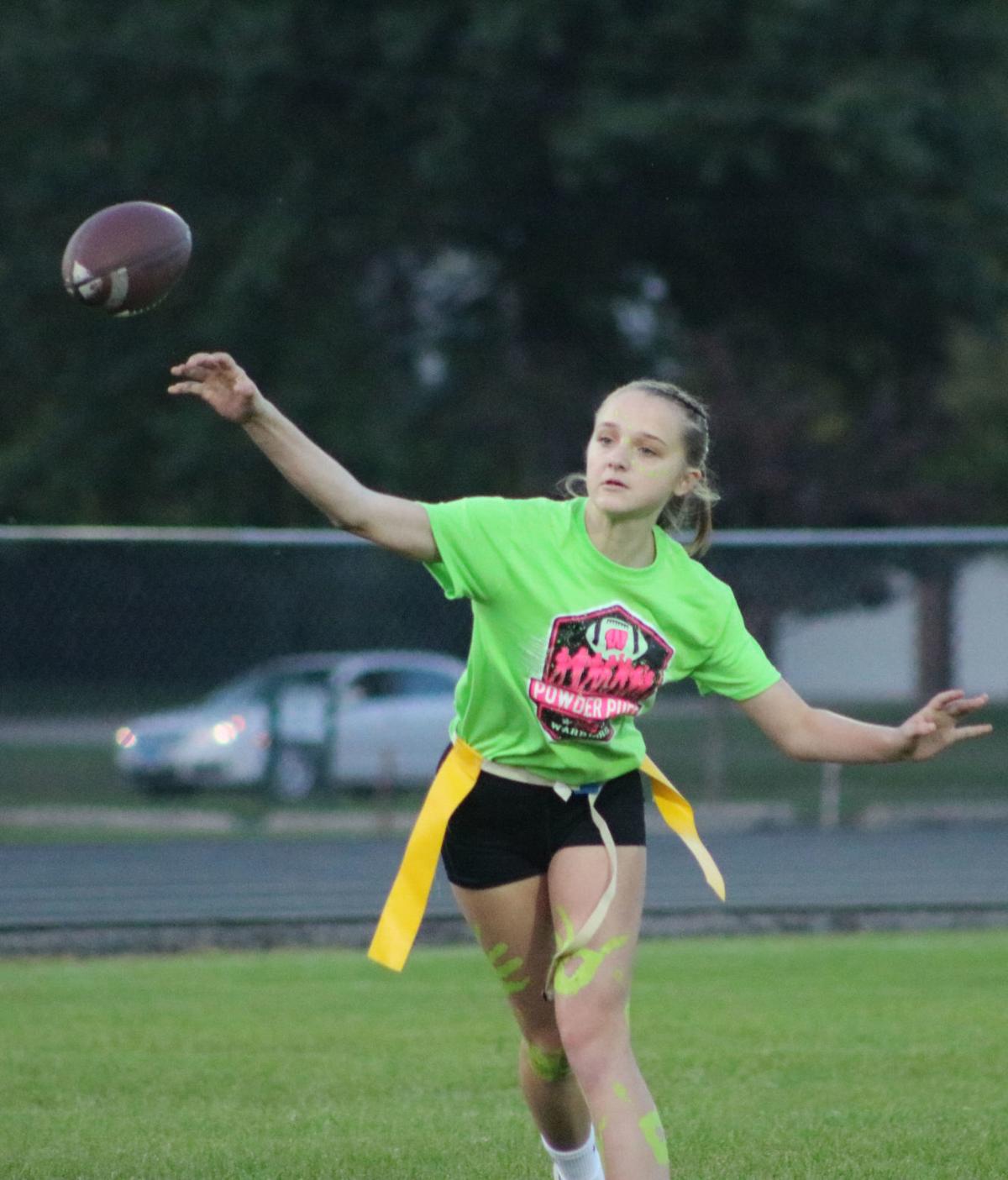 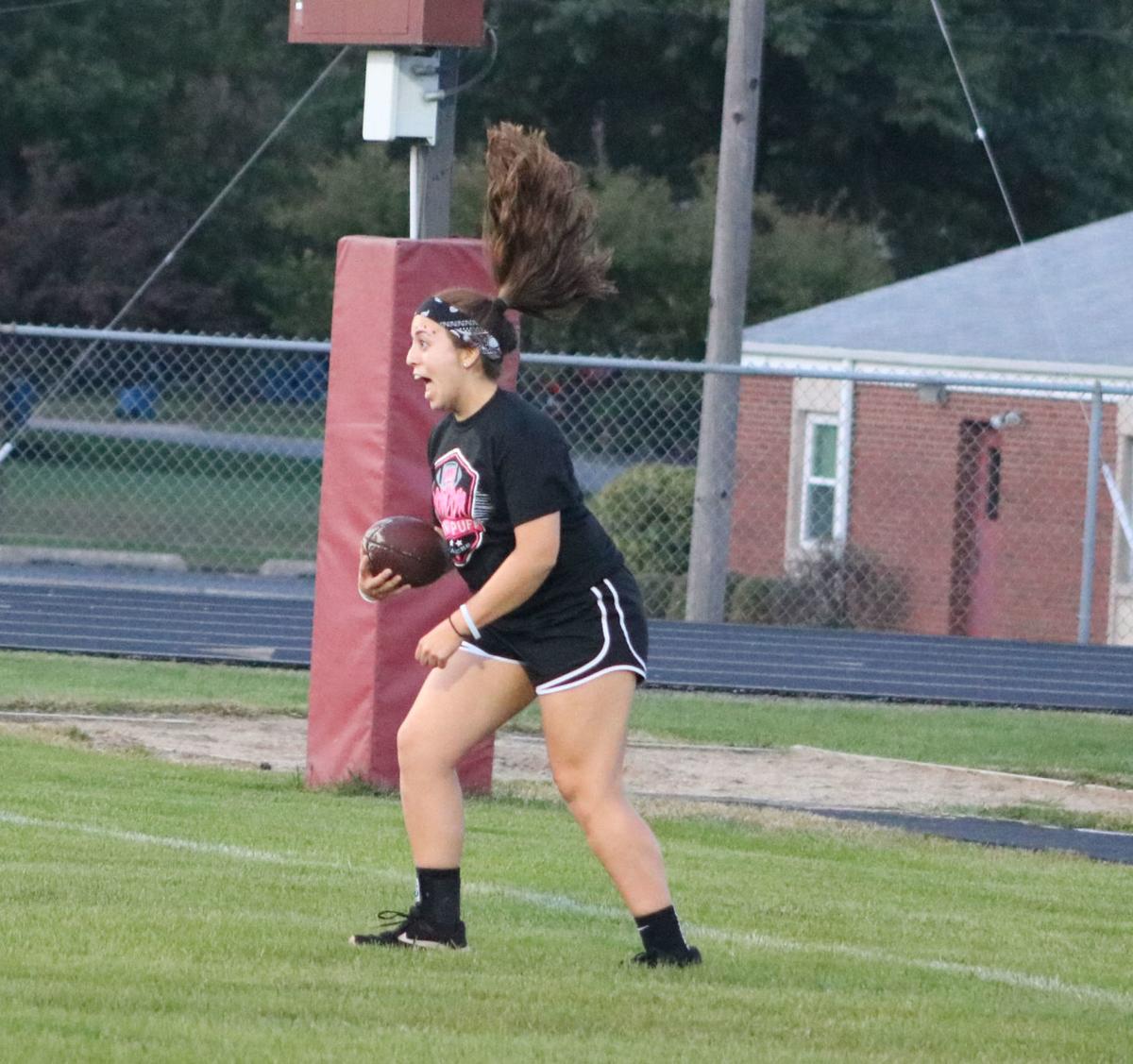 Senior Alison Navas scored for her team against the freshman on Wednesday night. 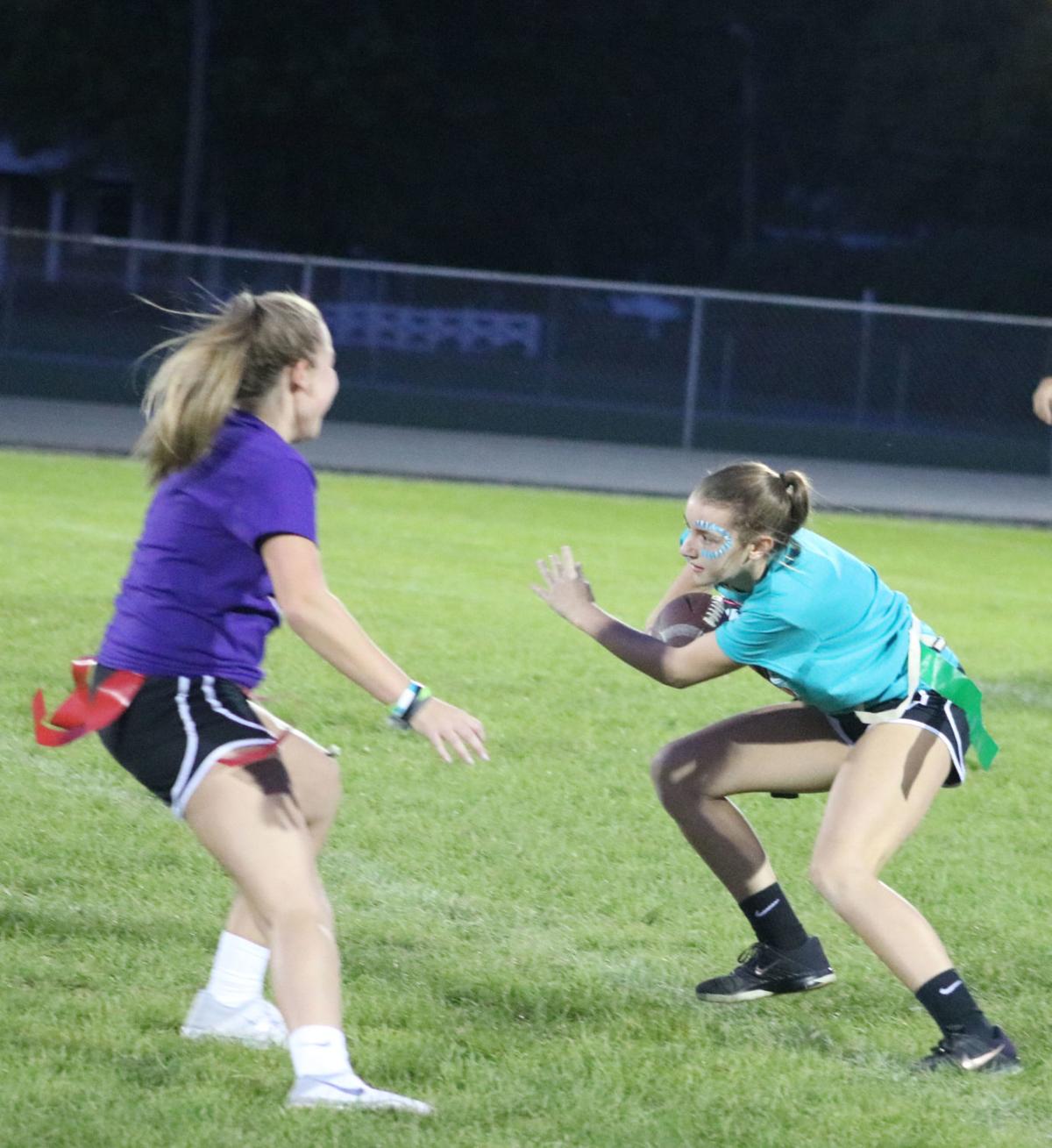 The juniors’ quarterback, Natalie Schroeder, breaks through the sophomore’s defense on Wednesday night.

Senior Alison Navas scored for her team against the freshman on Wednesday night.

During the event, a group of girls from each class are coached by the boys from their respective classes to compete against each other in the spirit of homecoming.

Wearing green was the freshman and were coached by Brayden Walwer, D.J. Wellmaker and Anthony Shervino. The team’s quarterback was Elizabeth Wittenborn. For the sophomore’s, Meredith Drake took the quarterback position as Bryce Denoyer, Chasin Walwer and Hunter Meyer coached. The junior class had Natalie Schroeder leading the charge in the quarterback position as Conner Curry, Brayden Haines and Maddux Rigsby led as coaches. For the seniors, Sadie Coleman took charge as QB for the event while the coaches were Clay Dorsey, Andrew Soucie and Justin Bunting.

To kick things off, the seniors managed to defeat the freshman with a score of 6-0 thanks to a touchdown from senior Alison Navas. The juniors then were able to beat out the sophomore’s 16-8 and move on the take on the seniors for the final match up of the night. The juniors proved to be a bit too much for the seniors and were able to shut them down with a final score of 22-0.

Cloudy and windy with periods of rain this morning. Morning high of 41F with temps falling to near 20. Winds WSW at 20 to 30 mph. Chance of rain 100%. Rainfall around a quarter of an inch. Winds could occasionally gust over 40 mph.