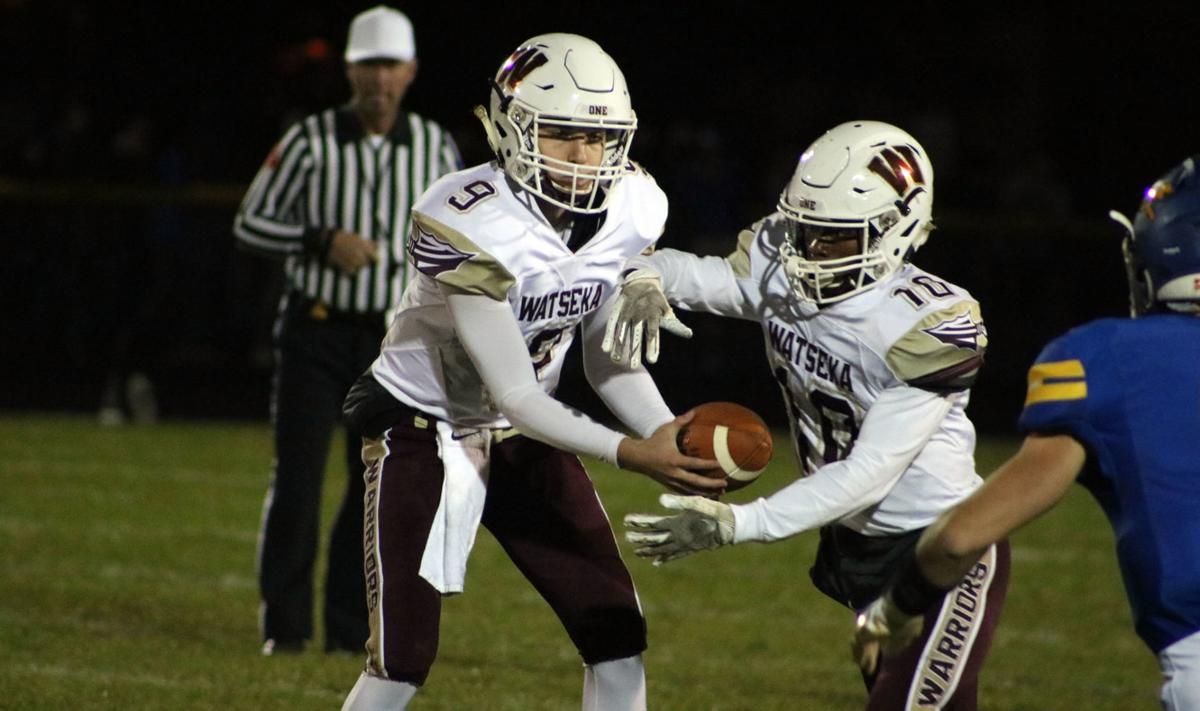 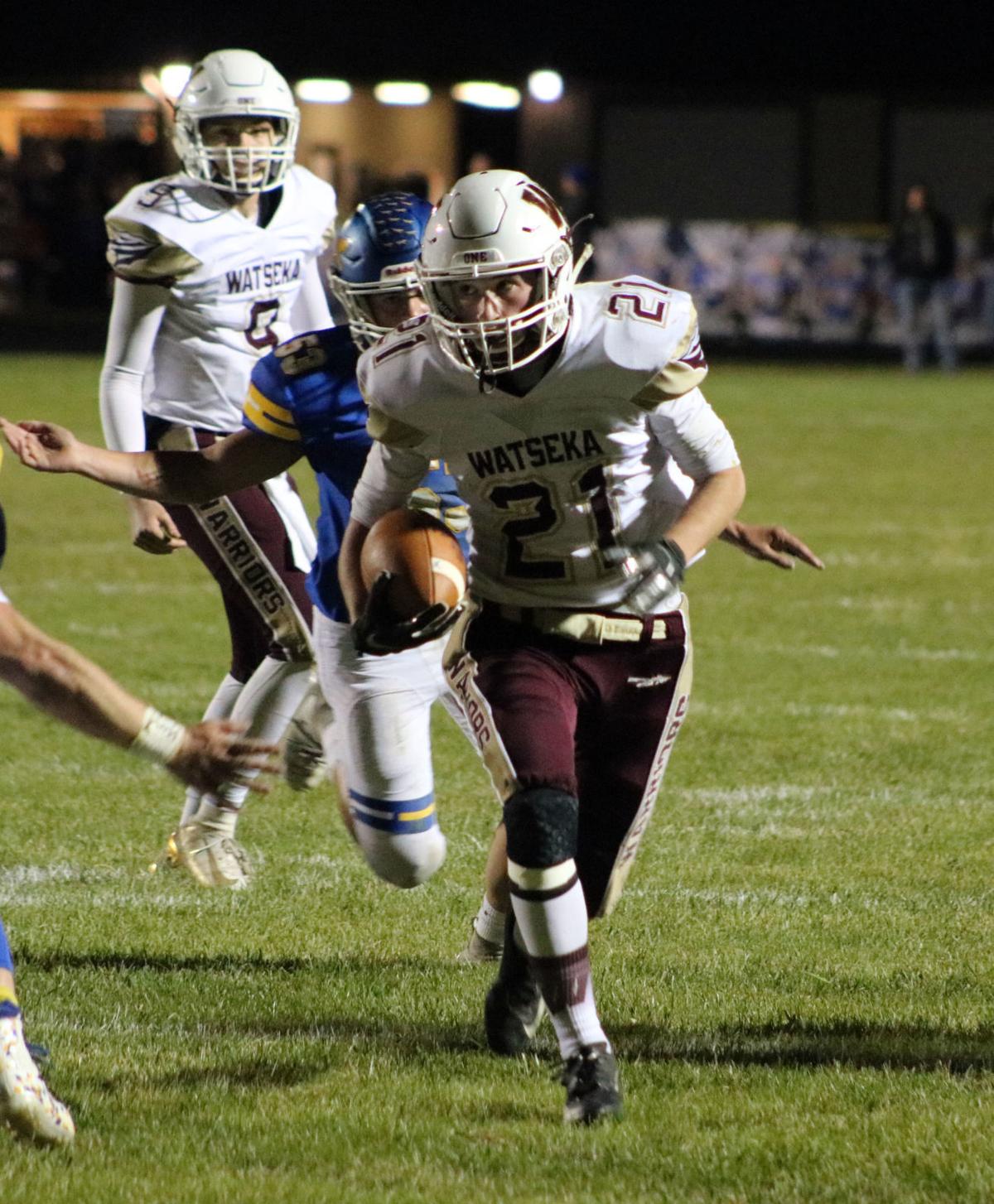 Conner Curry finds the end zone for Watseka during their game against PBL.

Conner Curry finds the end zone for Watseka during their game against PBL.

It was a big win for the Panthers during PBL's senior night face off with the Watseka Warriors. The Panthers ended up beating Watseka with a final score of 43-15.

The Warriors received the ball first to start the game. A turnover on downs gave PBL the ball back where they were able to score their first touchdown of the game at the 6:59 mark in the first quarter. The two-point conversion run by PBL quarterback Gunner Belt was successful making the Panthers up on Watseka 8-0. After the possession change, a 48 yard pass from the Warriors' QB Drew Wittenborn found the arms of Jameson Cluver putting Watseka in scoring position. Conner Curry was then able to run for nine yards to score. The point after kick from Henry Pavlak was successful and the Warriors found themselves back in the game 8-7. PBL saw the end zone yet again when the Panthers' Hunter Anderson headed down field on a 51 yard run to score. The conversion attempt is once again successful putting the Panthers up on Watseka 16-8. Watseka still had some life left in them however and were able to pick up another TD when a 41 yard pass from Wittenborn to Maddux Rigsby allowed him to score. The successful conversion attempt put the Warriors back in the game once again. With no scoring from either side in the second quarter, the game was remained a one point ball game to end the half with a score of 16-15.

Unfortunately, things took a grim turn for Watseka in the third quarter with PBl picking up another 14 unanswered points in the first eight minutes of the second half. Watseka was unable to regain their footing in the fourth allowing two more Panther TD's while failing to see the end zone for the remainder of the game ending with the final score of 43-15.

The loss is is Watseka's third on the season making their record 5-3. Their next game will be at home on Oct. 25 against the Iroquois West Raiders at 7 p.m.

PBL kicks off to Watseka

Considerable cloudiness. High around 30F. Winds WNW at 10 to 15 mph.