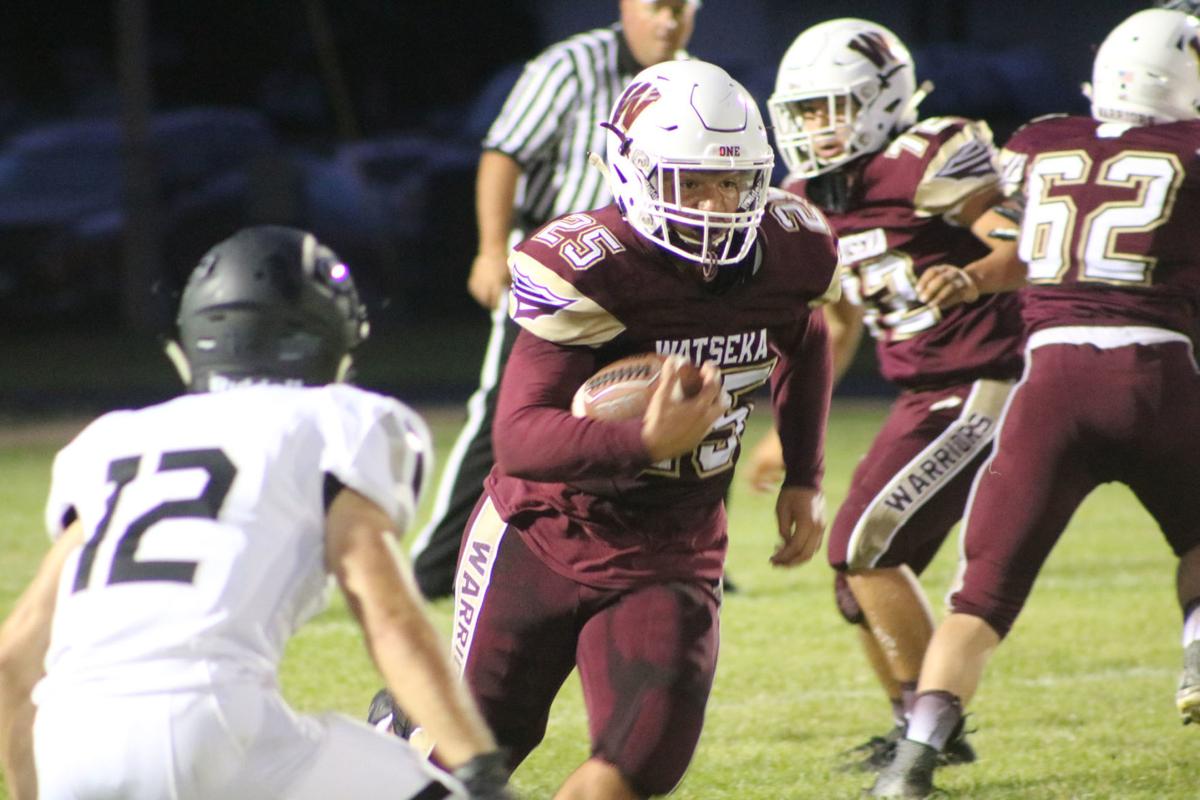 Watseka football player and track team member, Bryce Denoyer, passed away late last week after injuries sustained in a car accident on Feb. 14. Since then, the community has banded together in a show of support for the young man and his loss.

Watseka football player and track team member, Bryce Denoyer, passed away late last week after injuries sustained in a car accident on Feb. 14. Since then, the community has banded together in a show of support for the young man and his loss.

The Watseka community is in mourning as they cope with the loss of 16-year-old Watseka football player and track team member, Bryce Denoyer.

Denoyer’s life was tragically cut short late last week after being injured in a car wreck the week prior. Since the accident, the Watseka community has expressed an onslaught of support for the young man and what he’s meant to them. One of those expressing support was Bryce’s football coach, Aaron Hilgendorf.

“Bryce is the kind of young man that brought joy to everyone he was around. His constant grin was contagious and he truly cared about everyone. He invested in his friends and teammates and they all knew he was with them,” said Hilgendorf.

“I loved coaching Bryce. He was the player who wanted to be great. He had goals not only for the team but also for himself and worked hard to pursue those goals.”

Denoyer showed promise on the football field, taking up the position of nose guard as well as running back for the Watseka Warriors’ football team. But Hilgendorf said as gifted of a player as he was on the field, he was that much more of a joy in day to day life.

“Not many sophomores are able to have the impact in varsity games that Bryce has. He was as dynamic of a player as I have had the honor of coaching and was extremely strong and explosive off the ball,” said Hilgendorf. “But, Bryce was a giver and we all will remember him for that. His joy for life and his passion for the people he loved will be remembered by us all.”

Bryce was also a member of the high school track team competing in the 100, 200 and long jump. Boy’s track coach Rich Dickte said it was clear the kind of person Bryce truly was on and off the track.

“Bryce always gave full effort in practice and in meets. He was quick to give words of encouragement to teammates and he also had a knack for making us laugh every day at practice,” he said.

“I will never forget Bryce joining with the high school track and field team to cheer on the 4x400 relay team at a home meet while he was still an 8th grader. That’s the kind of kid he was. Bryce loved being around people.”

On Feb. 16, students, parents and faculty alike gathered at the football field at Watseka High School to offer their prayers and lean on each other in their time of need. There, people felt comfortable working through their emotions as a unit and showing support for a young man many of whom have known for most of their lives.

“I’ve known Bryce for about as long as I can remember. We’ve played sports and gone to school together for our entire lives,” said Bryce’s friend and teammate Conner Curry.

“Bryce was special. He always had a way to cheer someone up and make the whole room laugh. Bryce was a special character that everyone could look up to and aspire to be,” he went on to say.

“If everyone could be a little more like Bryce, this world would be a much better place.”

Many schools around the county and surrounding areas have also expressed their condolences as well in an attempt of showing solidarity during this trying time. Whether it was reaching out on social media platforms, taking a moment of silence in Bryce’s honor before a basketball game or even donating part of their 50/50 raffle sales to Bryce’s family, the county and community has rallied together in a show of support.

“It’s been humbling to see how everyone has reacted and came together and it’s meant more to this community that they could ever imagine,” said Curry.

Bryce’s sister, Kaylee Denoyer, also expressed her gratitude for the community and their support.

“We could not get through this difficult time without our small hometown,” she said. “They have been so supportive from making t-shirts, raising money, saying prayers, and just being there for my family. We want our community to know that while this is an extremely difficult time for us, we are here for the kids that have been affected by Bryce’s passing. We know he was loved by so many people and seeing them all come together to lean on each other through this difficult time is just wonderful. I know Bryce would want us to take care of each other and I want to thank the community for taking care of us.”

A GoFundMe account was set up in Bryce’s name with all of the money going towards Bryce’s family for medical and memorial expenses. The link to the account is gofundme.com/f/bryce-allen-denoyer. Currently, the page has reached a little over half of the desired goal.

A celebration of life will take place from 4-8 p.m. on Feb. 27 at the high school with a memorial service to follow at 8 p.m.