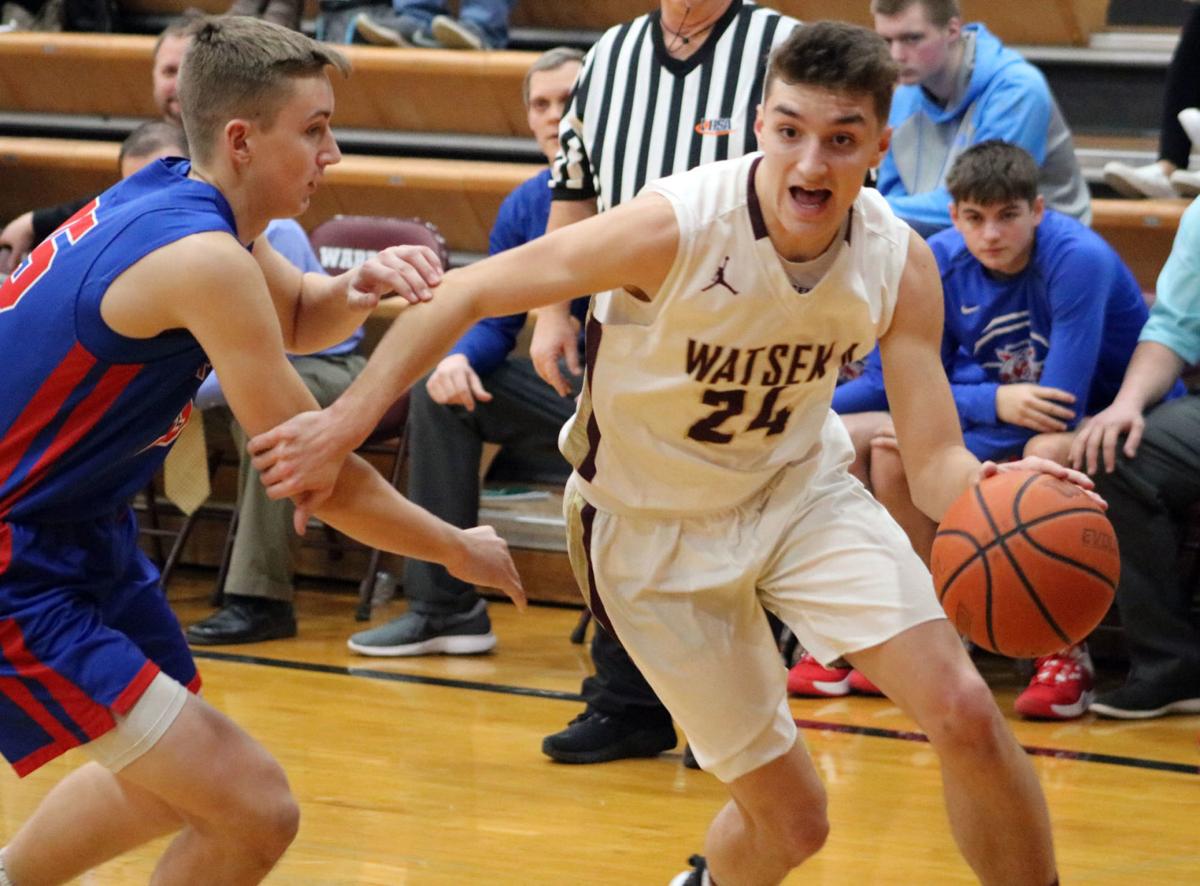 Brayden Haines drives to the hoop for Watseka on Friday night against the Iroquois West Raiders. 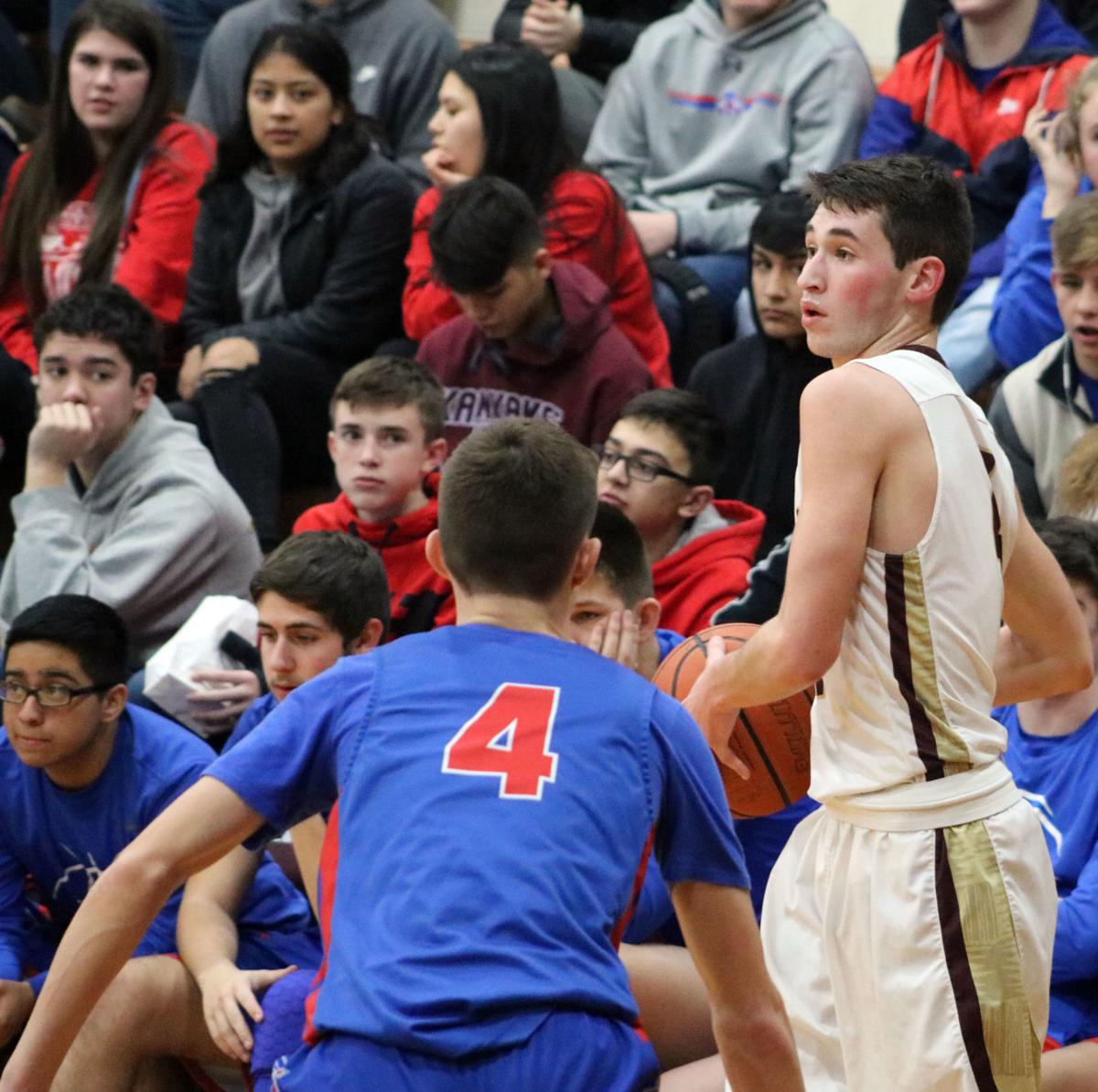 Watseka’s Conner Curry looks for an open teammate against the Raiders’ defense. 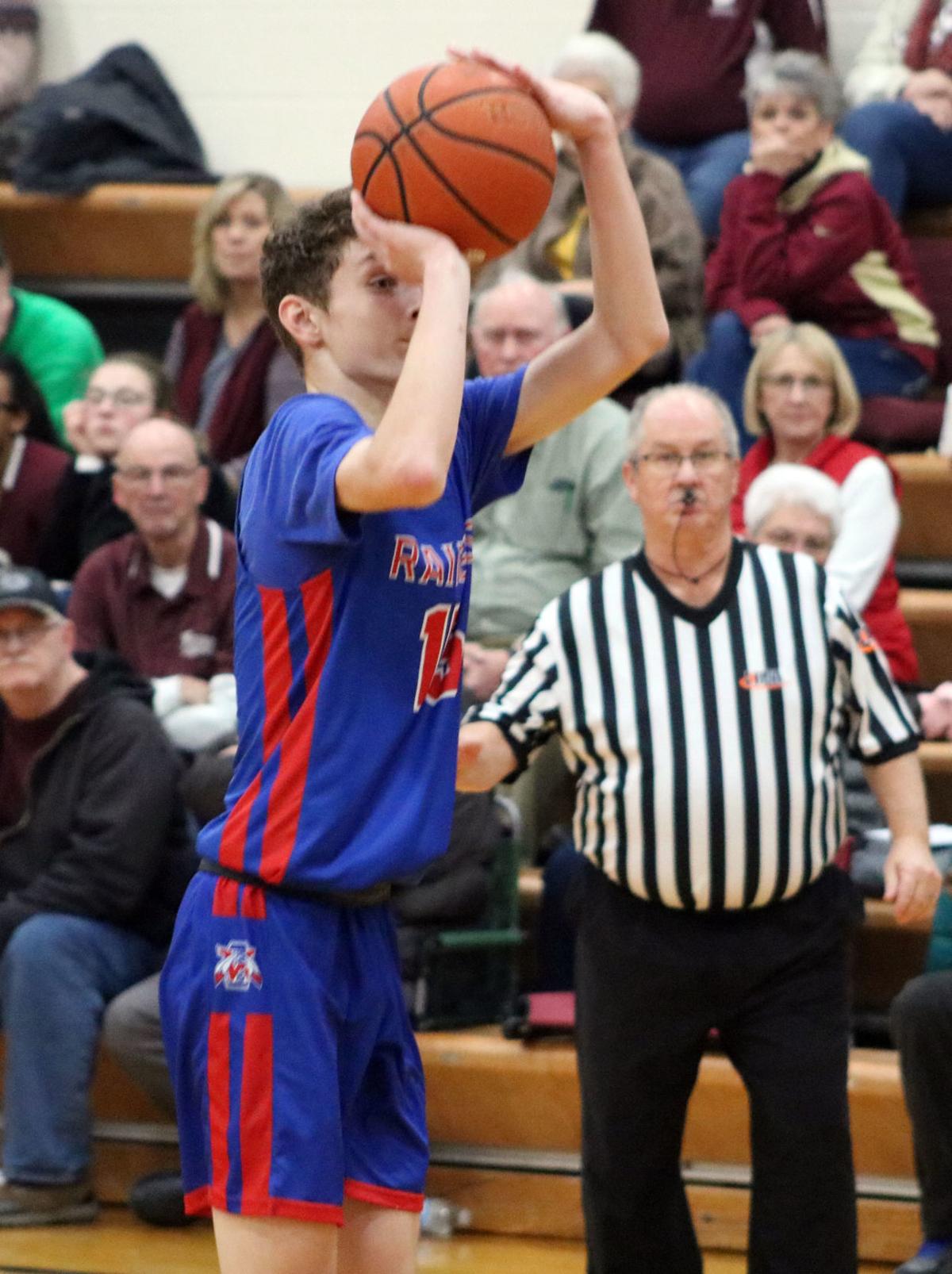 Ryan Tilstra puts up a shot for Iroquois West on Friday night.

Brayden Haines drives to the hoop for Watseka on Friday night against the Iroquois West Raiders.

Watseka’s Conner Curry looks for an open teammate against the Raiders’ defense.

Ryan Tilstra puts up a shot for Iroquois West on Friday night.

The Watseka Warriors and Iroquois West Raiders boys’ basketball teams faced off at Watseka High School on Friday night. The Warriors ended up beating the Raiders 44-37.

After tip-off, IW found themselves in possession of the ball first to start the game however the Raiders were unable to find the basket to put up any points. Watseka managed to get themselves at the 6:27 mark with a three-point shot from Jameson Cluver to start the quarter off with a 3-0 lead over Iroquois West. The two teams continued to battle with Watseka ending the quarter with just a three point lead over the Raiders, 12-9. The tables turned in the second quarter with the Raiders landing several shots to take charge over Watseka and ending the half with a five point lead, 21-16.

With the Raiders only able to grab five points in the third quarter of play, Watseka was able to gain back their momentum putting up 17 points of their own and taking back the lead 33-26. Another 11 points a piece from both teams in the final quarter allowed the Warriors to keep the lead and ultimately take home the victory against the Raiders 44-37.

Leading Watseka at the rim was Maddux Rigsby. Rigsby picked up 17 total points against the Raiders while Brayden Haines managed to grab nine of his own. Conner Curry and Jameson Cluver also each contributed seven points a piece.

For the Raiders, Zach Gerling finished his night off in the top spot putting up 11 points while Ryan Tilstra followed with 10.

The Warriors will host Momence on Jan. 24 at 7 p.m. while the Raiders will take on Gardner South-Wilmington at home.

The Watseka Warriors and Iroquois West Raiders boys' basketball teams run out to begin their warm up drills on Jan. 17.

Cloudy skies. A few flurries or snow showers possible. Temps nearly steady in the low to mid 30s. Winds SW at 10 to 20 mph.