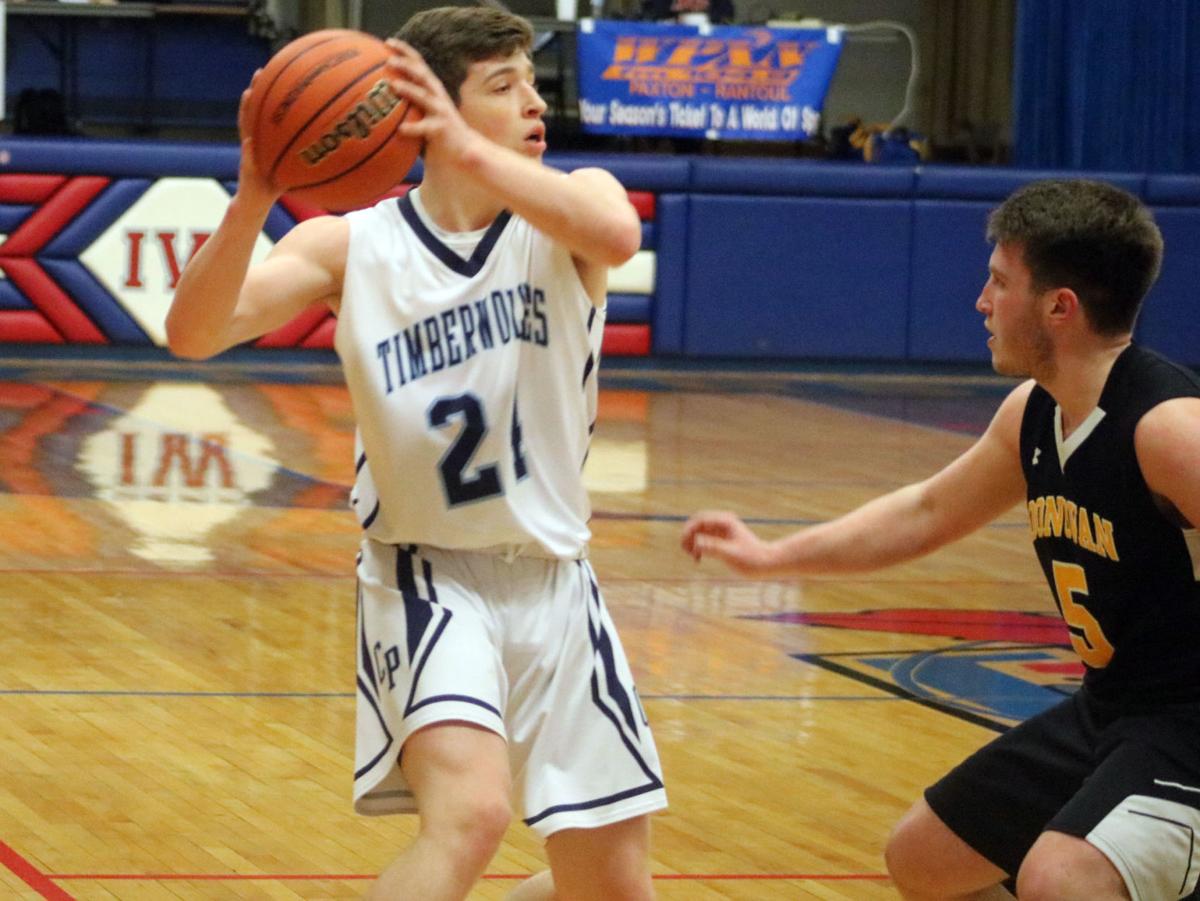 Ian Rogers looks to make a pass for Cissna Park through Donovan’s defense in their regional match up. 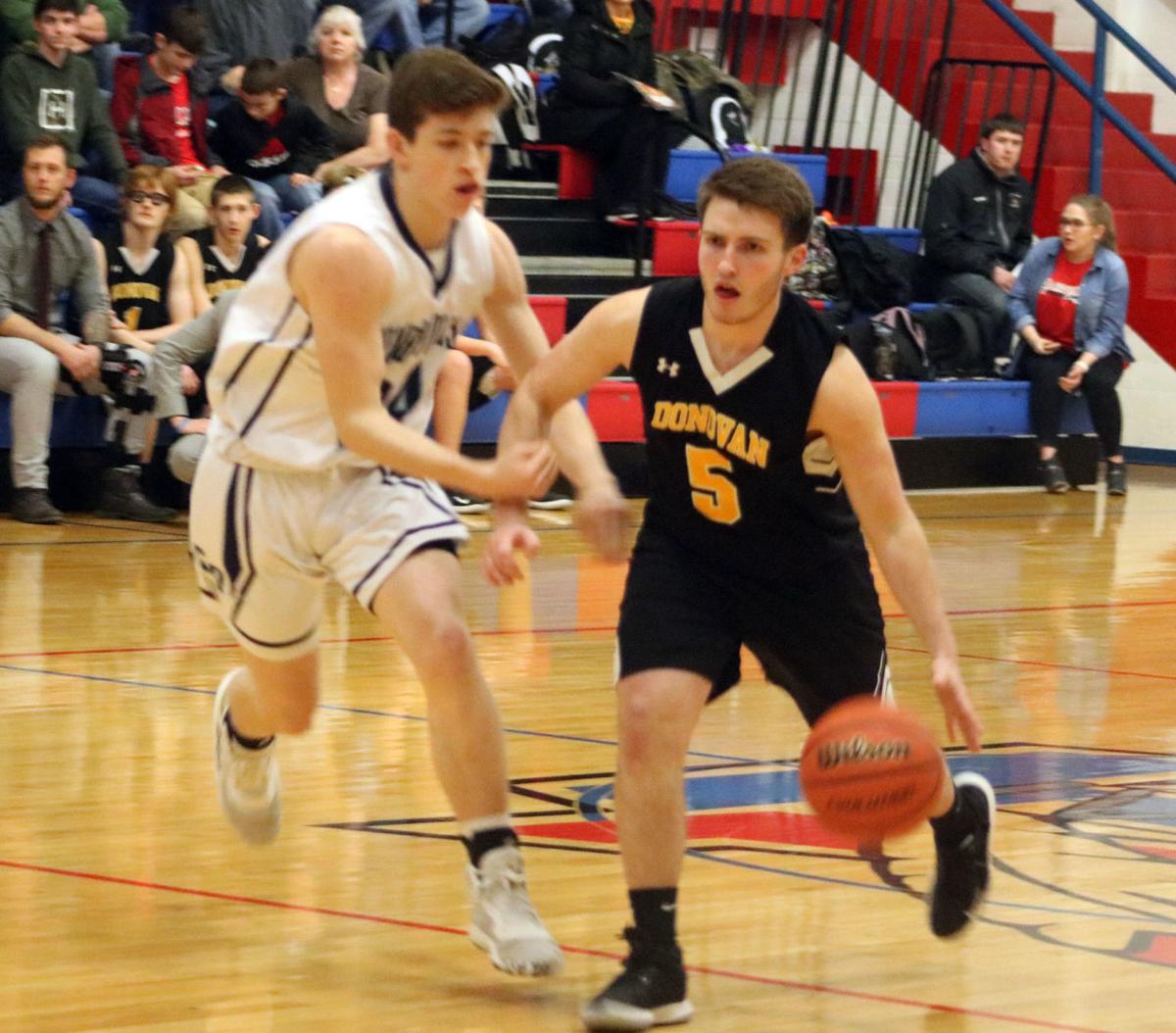 The Wildcats’ Tate Caposieno drives towards the hoop against Cissna Park on Tuesday night.

Ian Rogers looks to make a pass for Cissna Park through Donovan’s defense in their regional match up.

The Wildcats’ Tate Caposieno drives towards the hoop against Cissna Park on Tuesday night.

The Cissna Park Timberwolves took down the Donovan Wildcats on Tuesday night in Onarga during their regional match up. The final score was 51-32.

The Timberwolves jumped out on a 21-2 lead to close out the first quarter of play. Each team managed six points in quarter two to make the score 27-8 to end the half. From there, both teams were able to grab 24 points apiece in the final two quarters of play but the Timberwolves’ lead over the Wildcats allowed them to ultimately take home the victory and end Donovan’s season, 51-32.

Cissna Park went on to defeat Fisher in the next round of regional play and is now looking to take on Ridgeview for the regional title at 7 p.m. on Feb. 28.

The Wildcats improved on their record this season, winning three games comparatively to their one win last season.

“We fell a little short of our goal this season. We thought we could win five or six but we had a tough first half of the season after our point guard and returning starter was hurt in the first game and missed the next eight,” said Donovan head coach Mason Parks.

“We will be returning the whole varsity team next year due to us not having any seniors on our team. We’re already extremely excited for what next year could hold for the program and we are expecting to compete and hope to take that next step as a team.

Sunshine and clouds mixed. A stray thunderstorm is possible. High 86F. Winds SSW at 10 to 15 mph.