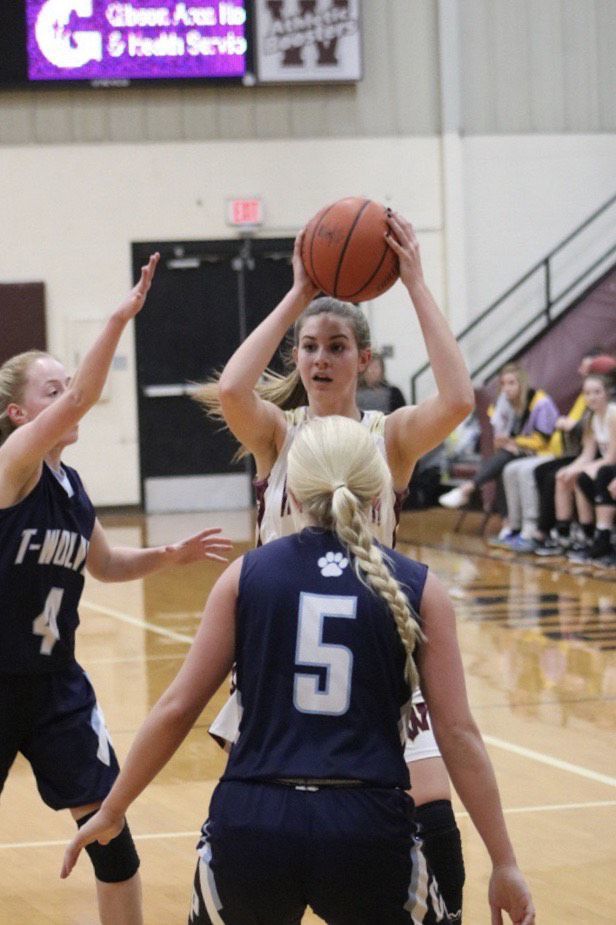 Watseka’s Kennedy McTaggart looks to drive through Cissna Parks’ defense during their game in the first night of the SVC tournament on Monday night. 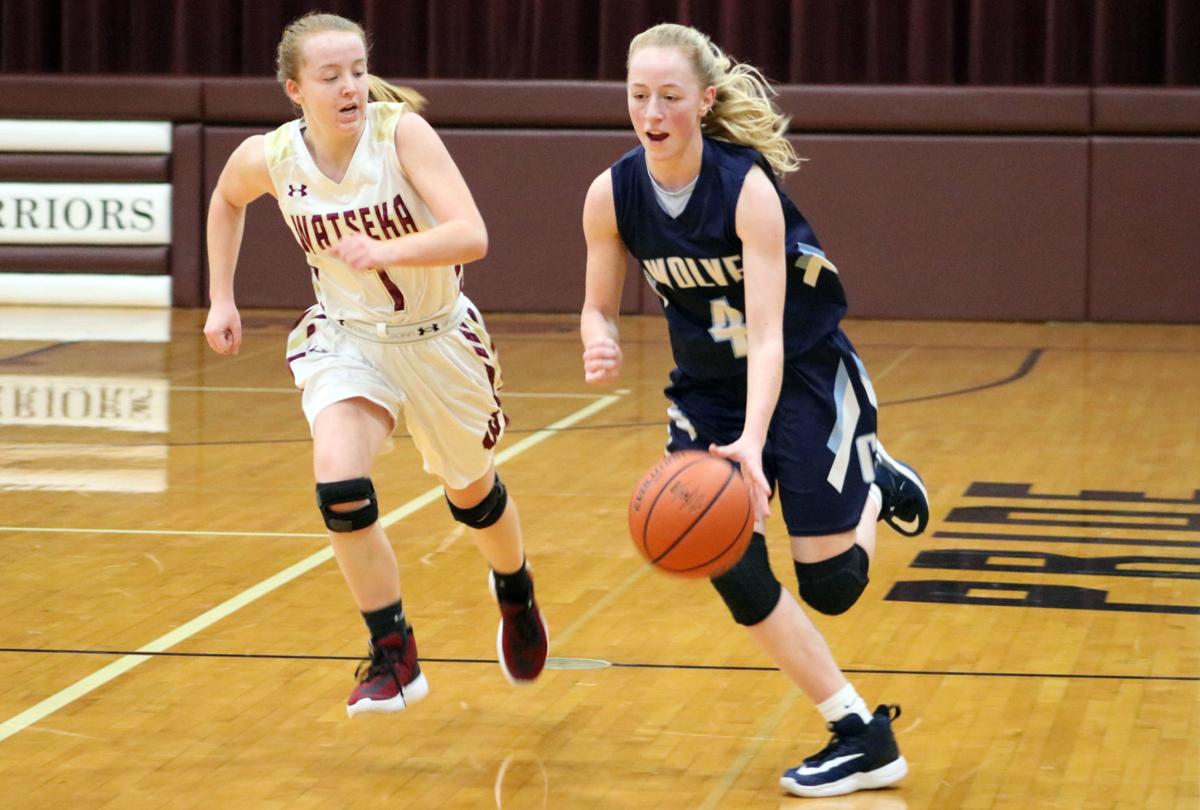 Cissna Park’s Mikayla Knake is chased down the court by the Warriors’ Natalie Schroeder. 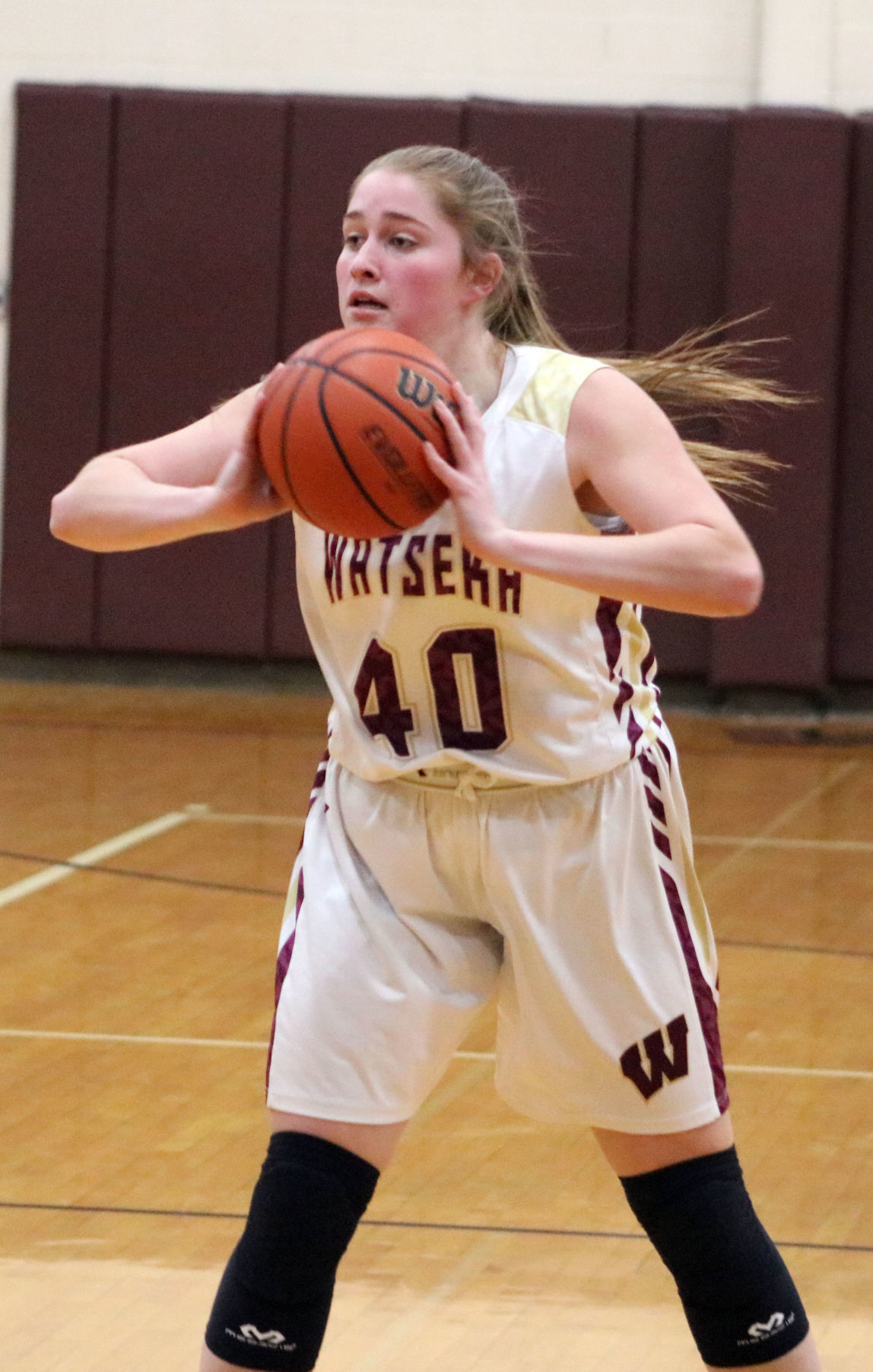 Kinzie Parsons gets set to pass the ball off for Watseka. 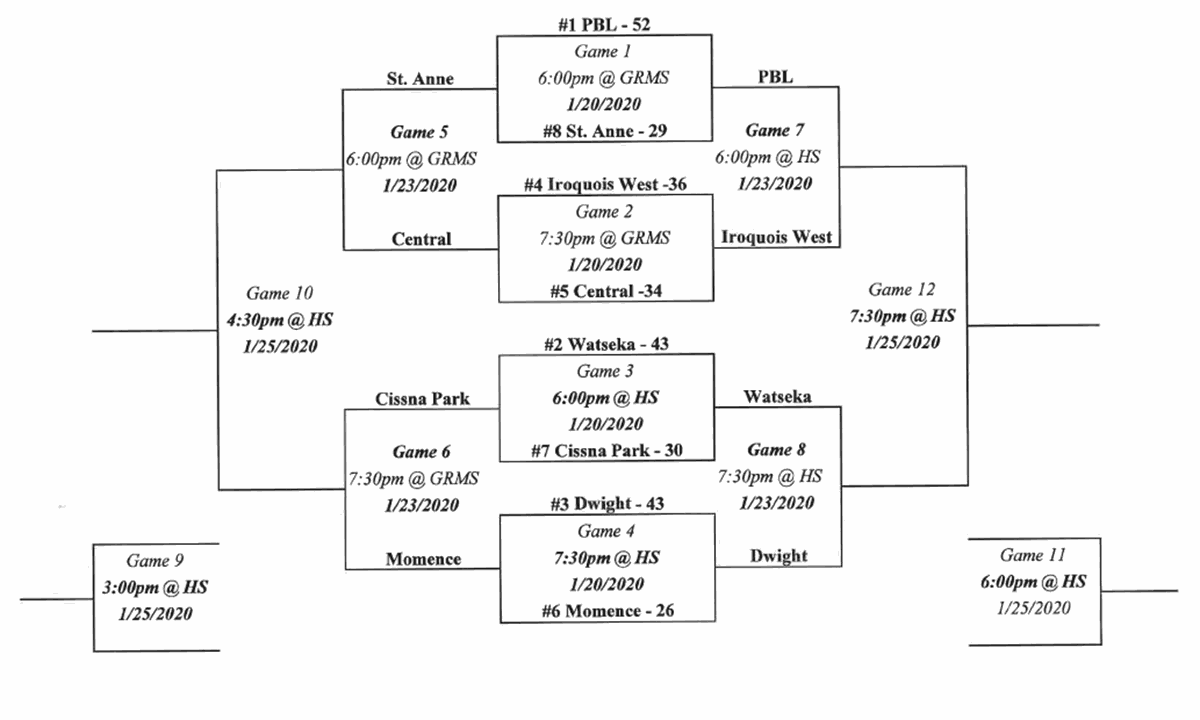 The updated bracket for night two of the SVC tournament. Night two will take place on Jan. 23 in Watseka.

Watseka’s Kennedy McTaggart looks to drive through Cissna Parks’ defense during their game in the first night of the SVC tournament on Monday night.

Cissna Park’s Mikayla Knake is chased down the court by the Warriors’ Natalie Schroeder.

Kinzie Parsons gets set to pass the ball off for Watseka.

The updated bracket for night two of the SVC tournament. Night two will take place on Jan. 23 in Watseka.

The first night of the SVC girls’ basketball tournament went underway in Watseka on Jan. 20.

Four games were played between a total of eight teams taking place at both Watseka Community High School and Glenn Raymond School.

Game one began at 6 p.m. at Glenn Raymond School between the PBL Panthers and the St. Anne Cardinals, with the Panthers beating the Cardinals 52-29.

Taking place simoltaneously at the high school was a match up between the Watseka Warriors and the Cissna Park Timberwolves. The Warriors managed to take down the Timberwolves 43-30 to take the win.

Watseka was unsuccessful in putting up any points in their possession after tip-off, allowing Cissna Park to get themselves on the board first to start the game with a layup from Mikalya Knake. The Timberwolves put themselves on the board once again shortly after at the 6:27 mark with a successful three-point shot to put them ahead 5-0 over the Warriors. Watseka finally managed to score when Natalie Schroeder found an opening to put the ball up for a layup which was then answered by yet another three-pointer from Cissna Park making the score 8-2 with 5:40 on the clock. Watseka’s Kinzie Parsons grabbed a layup of her own with 3:22 left in the quarter to put the Warriors four points behind Cissna Park. A three point shot from Allie Hoy then made it a one point game 8-7 with just under two minutes left in the first quarter. Knake was once again able to put the ball up for two points with around 40 seconds left on the clock but the Warriors’ Kayden Stevens was able to once again hold Cissna Park’s lead to just one point to end the quarter 10-9.

The two teams continued to battle to start the second quarter with the Timberwolves’ Allison Wessels jumping on the board quickly with a successful three-point shot to extend their lead 13-9. Watseka’s Teagan Cawthon then managed to put up two points but a foul from Watseka sent Mikayla Knake to the free throw line to make one of her two shots putting the score at 14-11. From there, Watseka was able to regroup and overtake Cissna Park’s lead 15-14 with 5:32 left in the quarter and managed to maintain their lead to close out the half 20-19.

Warriors fall to GCMS on the road

Watseka grabbed another eight points in the third quarter, holding the Timberwolves to just three to maintain their lead 28-22 going into the final quarter of play. From there, Watseka put up another 15 points while only allowing for eight from Cissna Park, giving them the victory 43-30 to end the game.

For Cissna Park, Mikayla Knake grabbed 11 points of her own to lead the Timberwolves, followed by 10 from Kenadee Edelman with 10.

Watseka will now look to play Dwight, who defeated Momence in their face off during game four of the tournament. The two teams will go head to head in night two of the SVC tournament at 7:30 p.m. on Jan. 23 at the high school.

Also playing in the winner’s pool in night two will be the Iroquois West Raiders. The Raiders will take on the Panthers of PBL with hopes of advancing to the semi-final game of the tournament on Jan. 25.