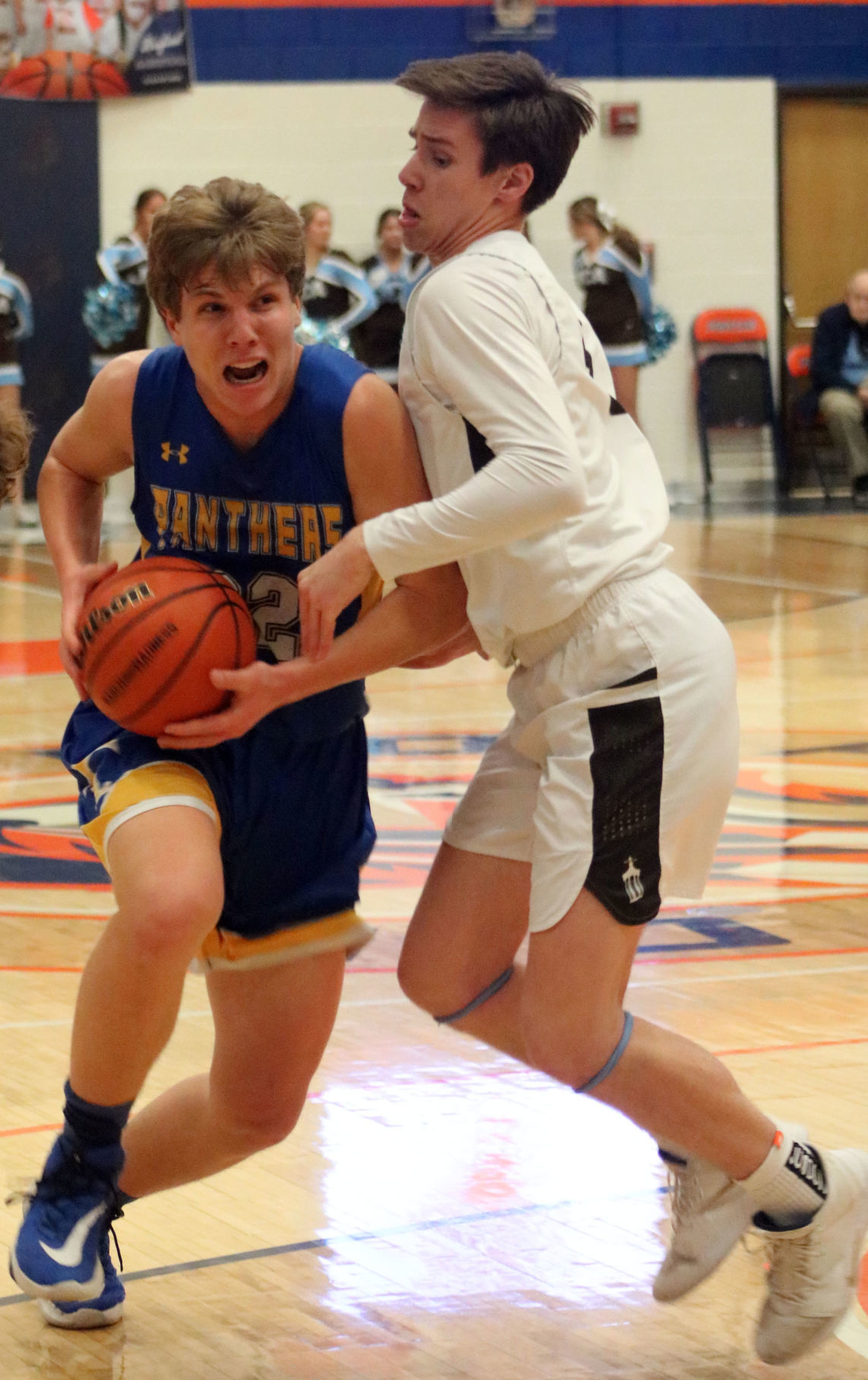 PBL’s Dalton Busboom drives the ball past a Joliet Catholic player during their sectional matchup on Wednesday night. 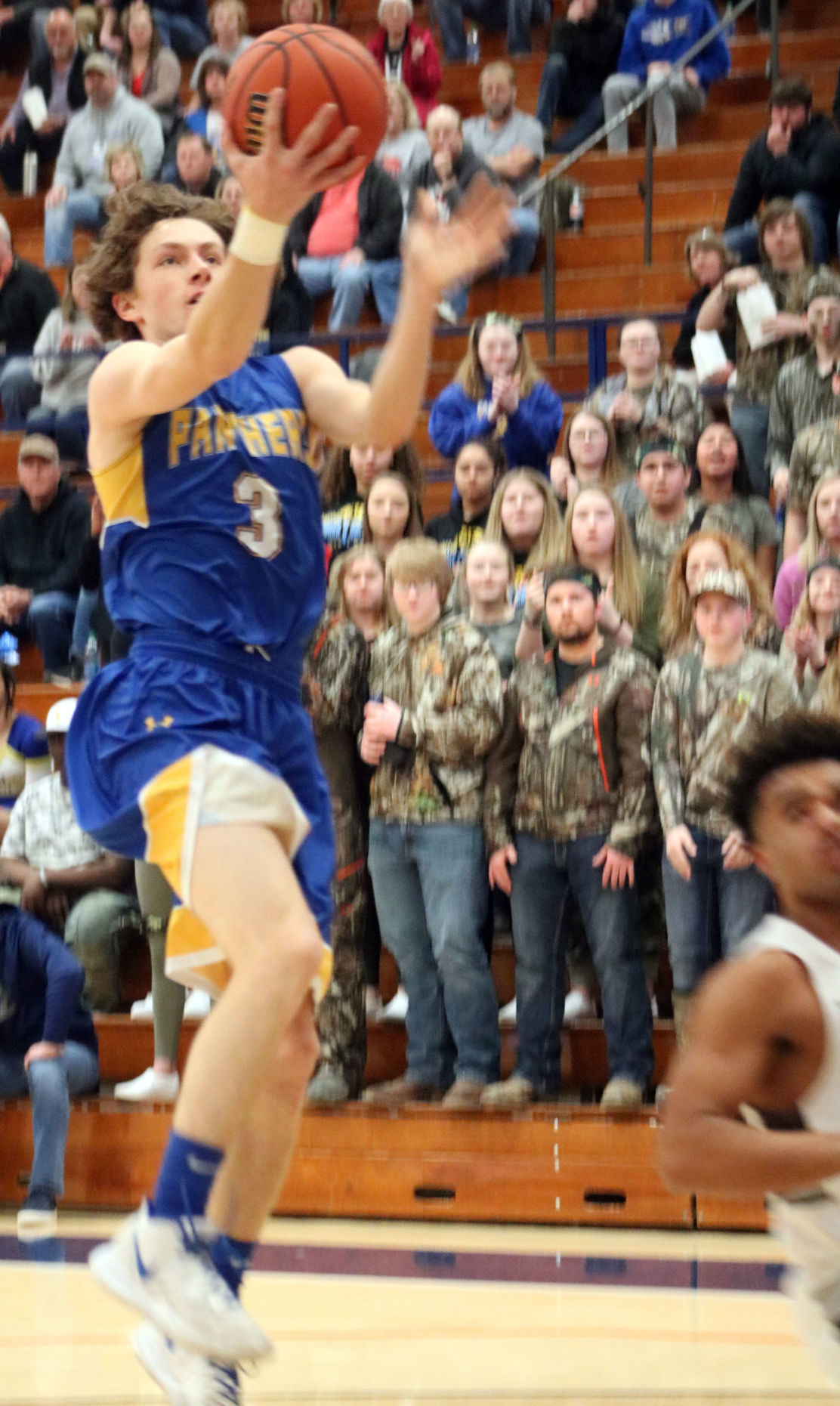 The Panthers’ Trey VanWinkle puts the ball up for a layup. 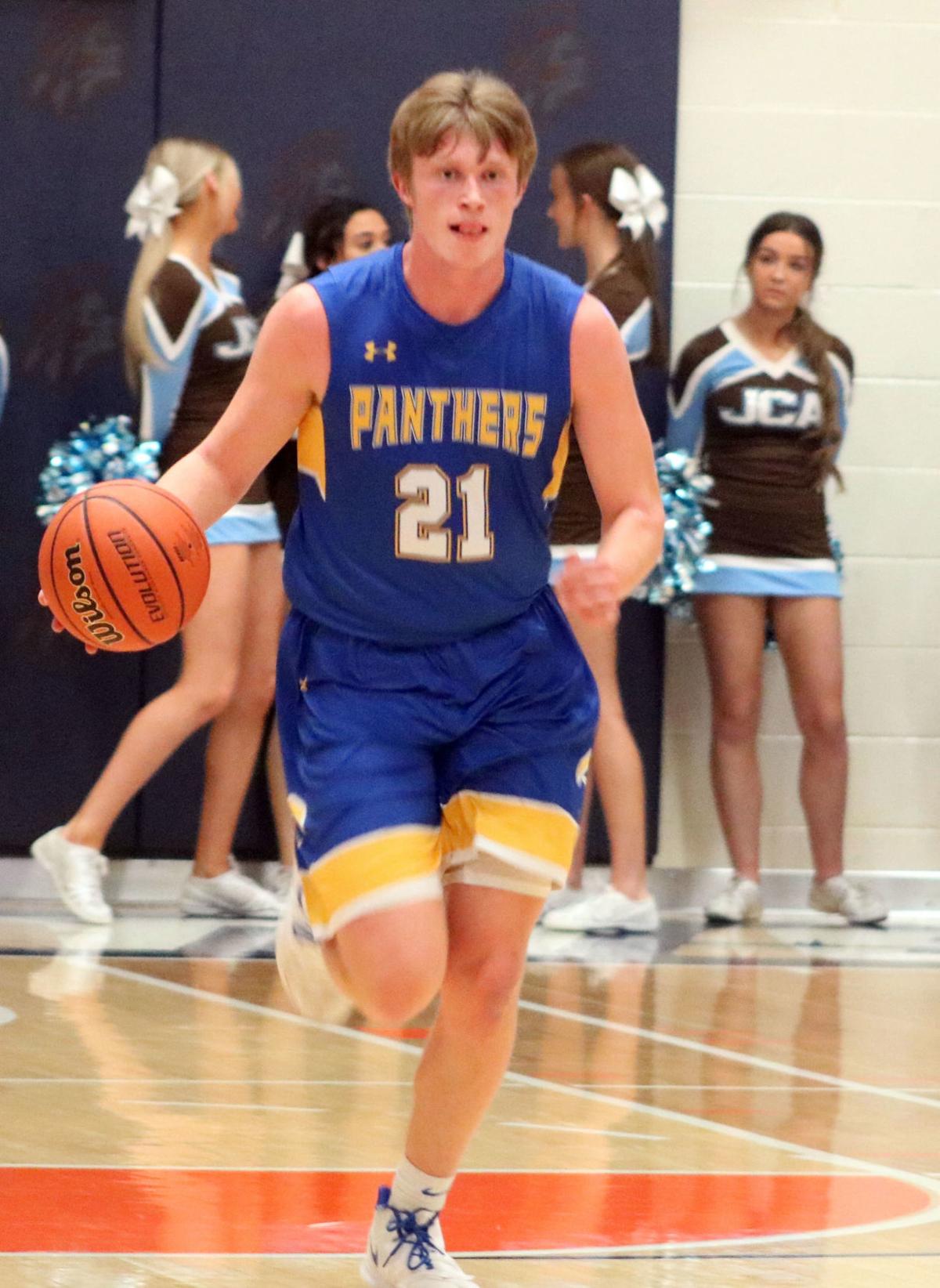 Colton Coy heads down the floor with the ball for PBL during their sectional semifinal game against the Joliet Catholic Hilltoppers.

PBL’s Dalton Busboom drives the ball past a Joliet Catholic player during their sectional matchup on Wednesday night.

The Panthers’ Trey VanWinkle puts the ball up for a layup.

Colton Coy heads down the floor with the ball for PBL during their sectional semifinal game against the Joliet Catholic Hilltoppers.

The PBL Panthers’ boy’s basketball team’s season came to a close on Tuesday, March 4. The team lost a heart-breaker to the Joliet Catholic Hilltoppers in their IHSA class 2A sectional semifinal matchup. The final score was 50-49.

After tip-of, PBL’s VanWinkle got the Panthers on the board at the 6:40 mark to take a 2-0 lead over Joliet. Another layup from VanWinkle with 4:51 on the clock put the Panthers at 4 before the Hilltoppers managed a basket making the score 4-2 with just over four minutes left in the first quarter. PBL’s Sam Penicook was then fouled and sent to the line to sink both of his free throw shots to put the score at 6-2. The Hilltopper’s Conor Sukel managed another two points before VanWinkle was fouled and sent to the line with 2:55 on the clock to make one of his two free throws. VanWinkle was fouled yet again at the 2:30 mark, this time sinking both of his extra shot attempts to give PBL a five-point lead 9-4 over Joliet Catholic. Two points apiece from each team to round out the quarter put the score at 11-6 moving into quarter two.

Joliet Catholic started off the second eight minutes of play by scoring two points to make it a three-point game but a layup from PBL’s Drake Schrodt at the 6:40 mark once again extended the Panthers lead to five, 13-8. The Panthers’ Colton Coy was sent to the line after being fouled while scoring a layup at 6:13, however, can’t sink the extra shot attempt making the score 15-8. A three-pointer from the Hilltopper’s Mitchell Fenske put Joliet at 11 before the Panthers’ Coy was sent to the line once again while scoring. The extra shot attempt was good and the Panthers maintained their lead, 18-11. Back to back three-pointers from Joliet’s John Ehrsam and PBL’s VanWinkle, respectively moved the score to 21-14 at around the two-minute mark. The Hilltopper’s Cristian Young then managed to sink a three of his own with just 1:35 left in the first half but was answered with a jumper from VanWinkle to give us a 23-17 score. Joliet managed to get a final basket before half time to move into the final two quarters of play, 23-19.

After VanWinkle managed a three-point shot in the first 15 seconds of quarter three, things started to go south quickly for the Panthers. The Hilltoppers managed to put up 17 points to PBL’s eight to move into the final quarter of play trailing Joliet Catholic 36-31. Although PBL managed to outscore the Hilltoppers 18-14 in the final quarter of play, the Panthers fell just shy of the mark and suffered a one-point loss, 50-49 effectively ending the Panthers’ season.

The team will say goodbye to nine seniors this year in Schrodt, VanWinkle, Levi Frichtl, Coy, Matthew Miller, Penicook, Gunner Belt, Dalton Busboom, and Alex Rueck due to graduation and will return five.

The Panthers’ final record on the season was 27-5.