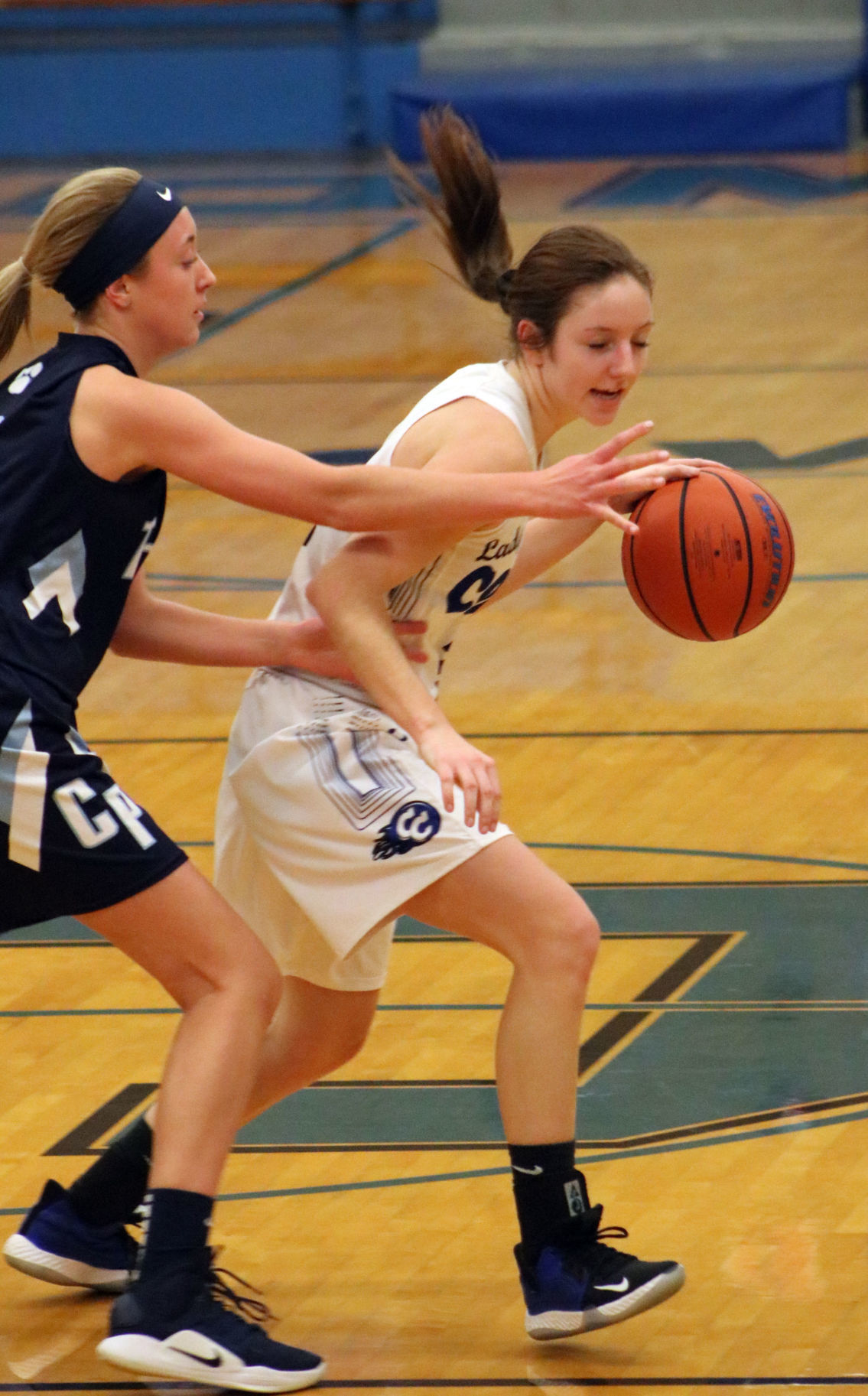 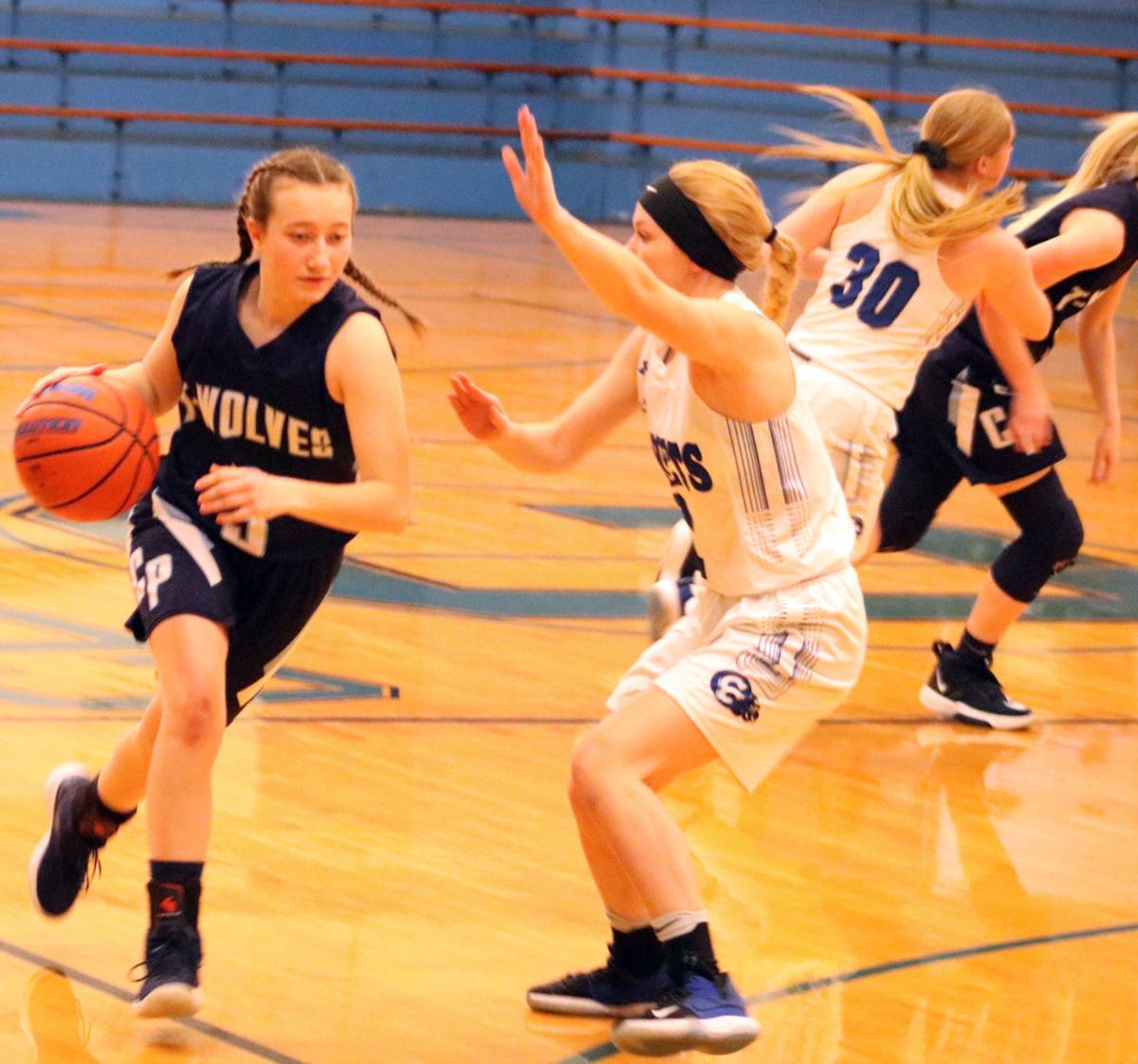 Cissna Park’s Kenadee Edelman moves past the Comets defense to try to score. 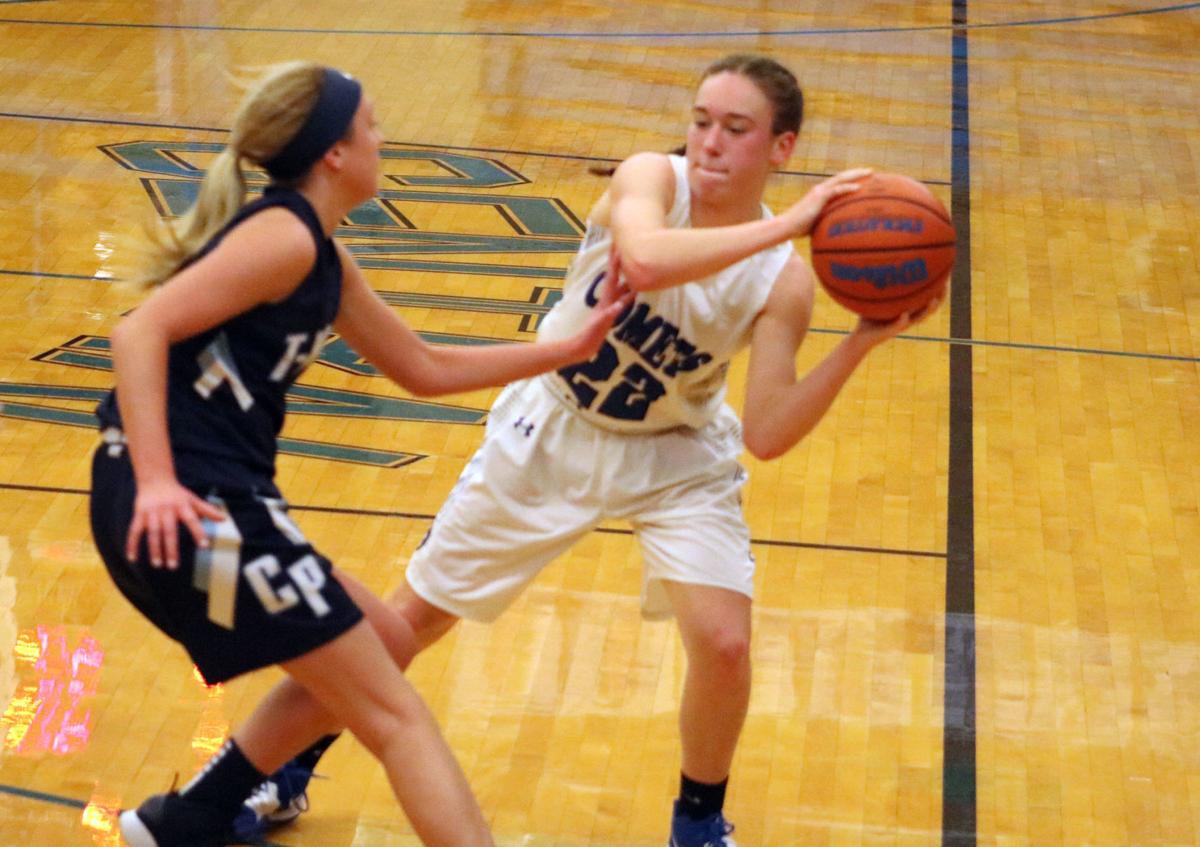 Central’s Natalie Prairie passes off the ball under the basket.

Cissna Park’s Kenadee Edelman moves past the Comets defense to try to score.

Central’s Natalie Prairie passes off the ball under the basket.

The Clifton Central Lady Comets took down the Cissna Park Timberwolves on Thursday night at home. The final score was 35-23.

The Comets put themselves on the board early after tip-off which resulted in a long possession from Cissna Park who were ultimately unable to score. At the 5:25 mark, Central’s Natalie Prairie managed to make her way to the hoop to put up another two points to take a 4-0 lead over the Lady T-Wolves. Prairie was then able to score again with 3:40 left in the first quarter. Cissna Park was finally able to get themselves on to the score board about a minute later with a layup from junior, Lauren Kaeb. A successful 3-point shot from Cissna Park guard, Kennadee Edelman with just under two minutes left in the quarter put the T-Wolves back in the game with the Comets now leading by just one point, 6-5. The Comets were able to score again at the 1:23 mark when Hanna Offerman put up two points to extend their lead 8-5. The Comets were able to close out the first quarter picking up four more points while holding off the Timberwolves 12-5.

The second quarter remained scoreless up until about the five minute mark when the Lady Comets’, Riley Maul, found and opening and was able to put the ball up for two points. The Timberwolves were able to pick up three points when Mikayla Knake was fouled while shooting a layup and sent to the line to make her extra point and put the score at 14-8. The Comets grabbed another four points to the Timberwolves’ three to end the quarter with the Comets still taking charge this time with a score of 18-11.

“I was proud off our defensive effort. It was a much needed win.”

Leading the Comets at the rim were Hanna Offerman and Natalie Prairie. Both players contributed ten points a piece as while as two rebounds. Kamryn Grice followed with seven points of her own as well as seven rebounds.

For the Timberwolves, Alexis Seggebruch and Mikayla Knake each led the team with eight points. Seggebruch also grabbed three rebounds.

The Central Lady Comets will next head to Urbana on Jan. 13 while the Lady Timberwolves will head to Hoopeston at 10 a.m. to take on the Cornjerkers on Jan. 11.

Lady Timberwolves and Comets face off in Clifton

Variably cloudy with snow showers. Some mixed winter precipitation possible. Temps nearly steady in the low to mid 30s. Winds SSE at 10 to 15 mph. Chance of snow 60%. Snowfall around one inch.