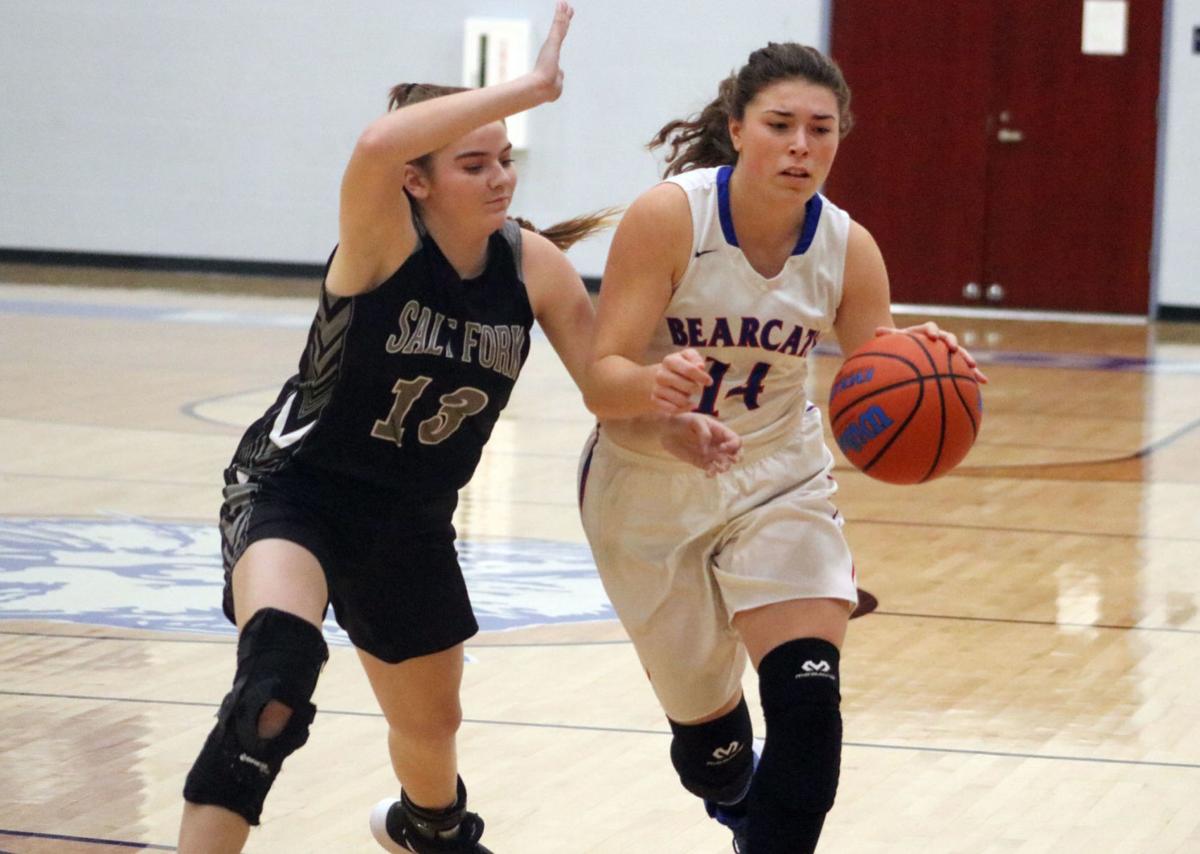 The Lady Cats’ Kaylee Warren drives to the net against Salt Fork’s defense. Warren had 16 points on the night. 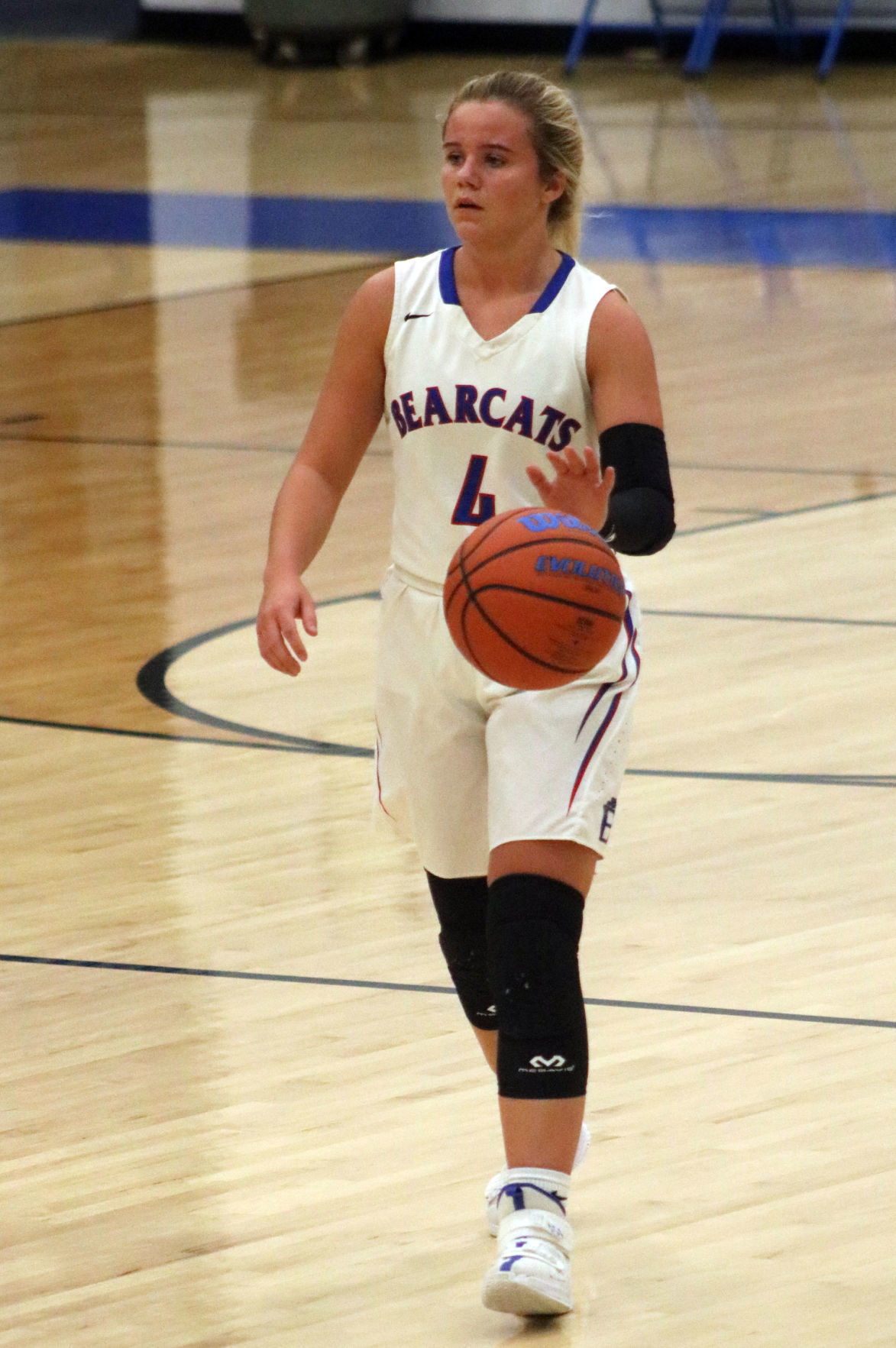 Jakki Mowrey heads down the floor for the Lady Cats on Monday night. 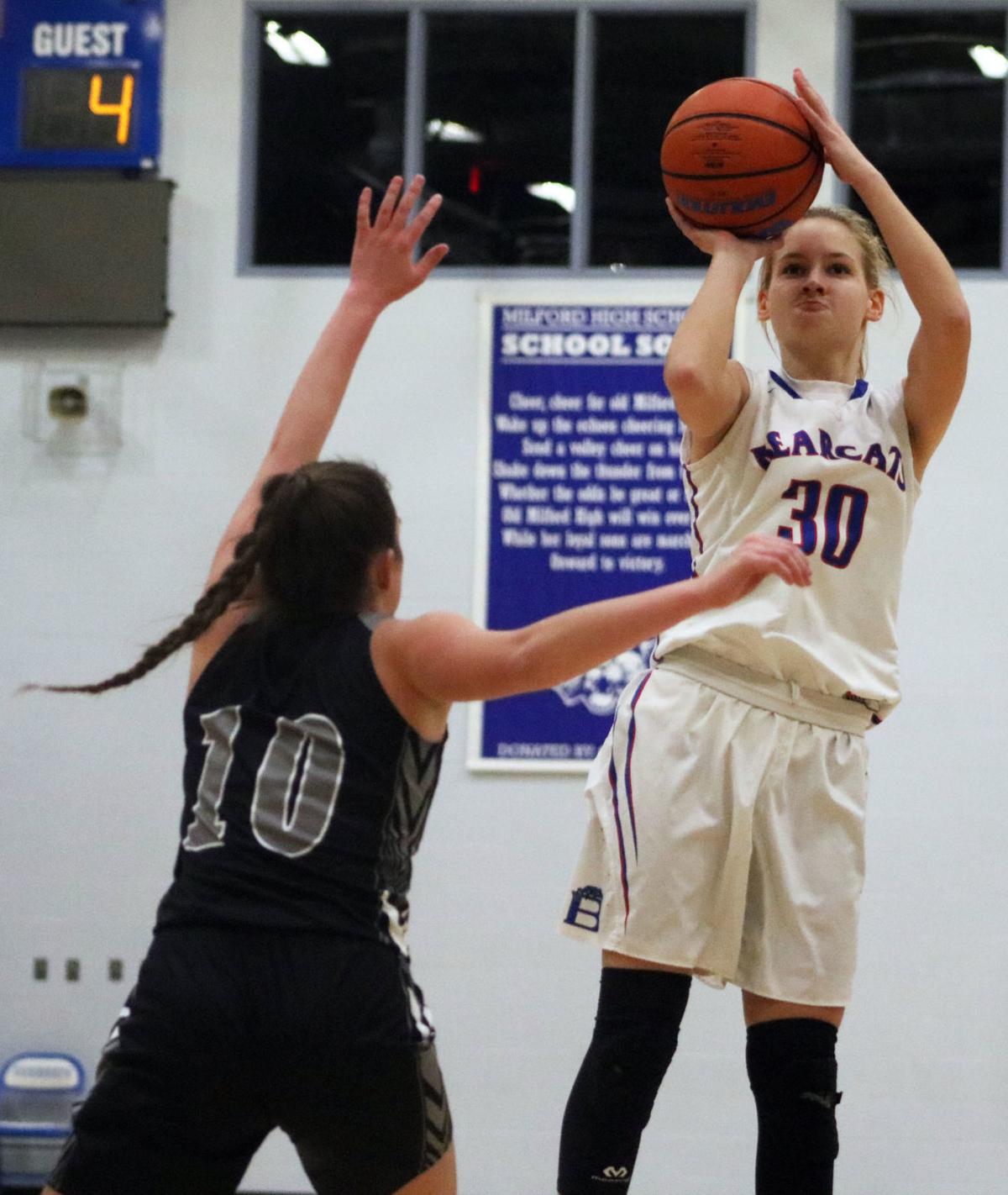 Milford’s Abby Tovey goes up for a shot against the Storm.

The Lady Cats’ Kaylee Warren drives to the net against Salt Fork’s defense. Warren had 16 points on the night.

Jakki Mowrey heads down the floor for the Lady Cats on Monday night.

Milford’s Abby Tovey goes up for a shot against the Storm.

The Milford Lady Bearcats picked up a big win at home on Monday night when they took on the Salt Fork Storm. The final score was 55-22.

The two teams put up back to back layups to start the game. Milford was then able to grab 4 points with shots from Maya McEwen and Jakki Mowrey. The Storm was finally able to put up another two points with a layup from Mackenzie Russell to put the score at 6-4. A time out from Milford was then called. When play resumed, the Lady Cats’ Jakki Mowrey was able to sink a three-point shot with 2:43 left in the first quarter of play. Kaylee Warren then managed to sink a three pointer of her own in the final minute of the quarter, followed by yet another from Mowrey to end the quarter leading the Storm 15-4.

The Lady Cats didn’t let up in the second quarter, coming out to once again put themselves on the board with a layup from McEwen. Some pressure from the Lady Cats’ defense forced the Storm to call time out, but shortly after play resumed Anna Hagan got the jump and was able to put up a successful three-point shot. After recovering the ball, McEwen quickly put up another two points to hold the Storm at bay, 22-4. The Storm was able to score during their next possession and once again at the 3:07 mark, 22-8. With just under two minutes left in the first half, Milford’s Warren was fouled and sent to the free throw line to make one of her two free throw attempts. The Lady Cats were sent to the line again when Anna Hagan was fouled and grabbed her two free throws. Warren was then able to put up one final layup before the score ran out, allowing the Lady Cats to maintain their lead 27-8.

In the final two quarters of the game, the Lady Cats were able keep up the strong offensive play they utilized throughout the game in the first half to grab a 33 point spread and earn the victory over Salt Fork.

Warren led the Lady Cats at the rim, grabbing 16 total points during the game to go along side her nine rebounds. Mowrey followed with 11 points of her own as well as eight rebounds and five assists while McEwen contributed eight points and seven rebounds.

The Milford Lady Bearcats will head to Oakwood on Jan. 9 to take on the Comets. The game will begin at 7 p.m. with the JV game taking place before.