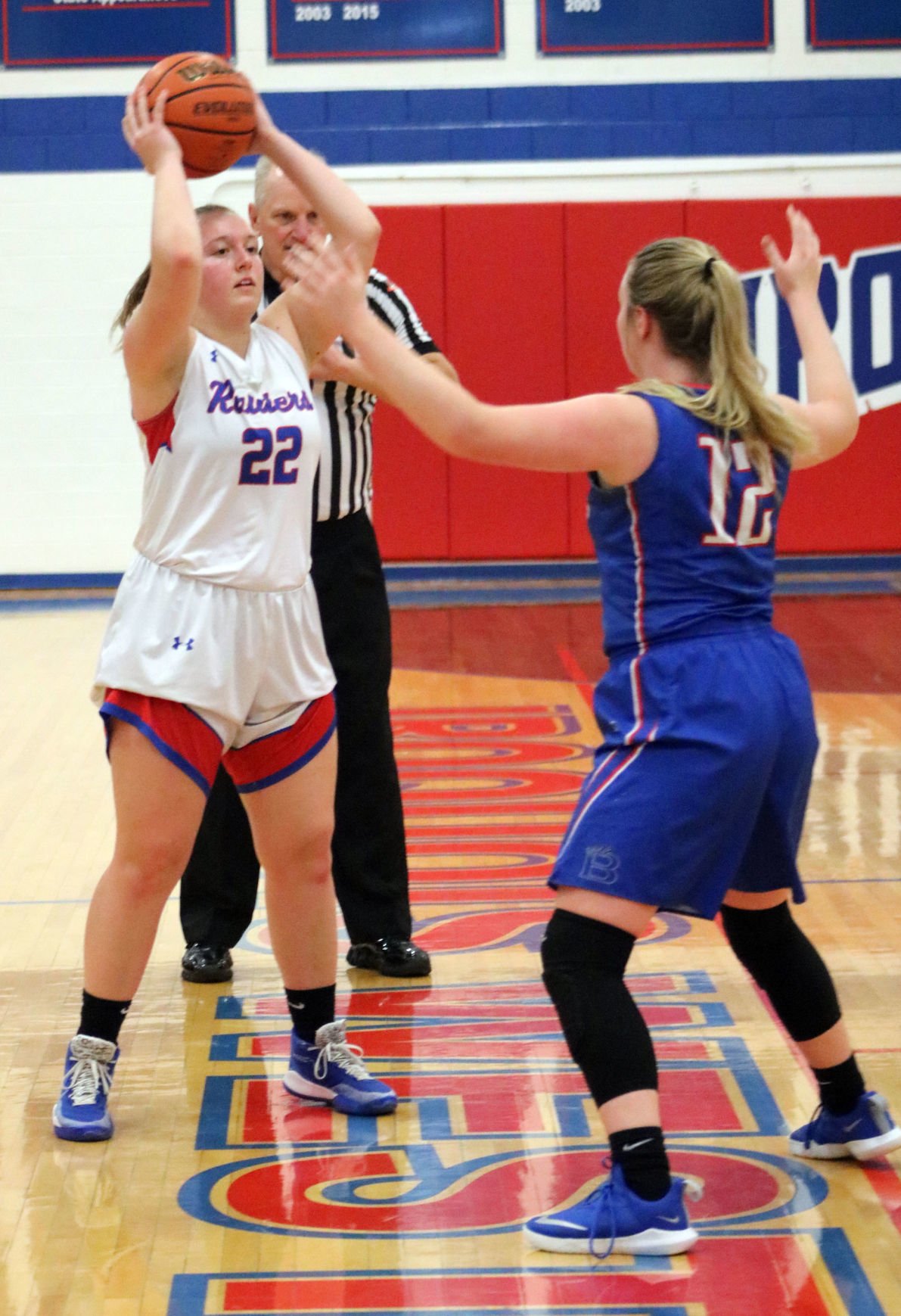 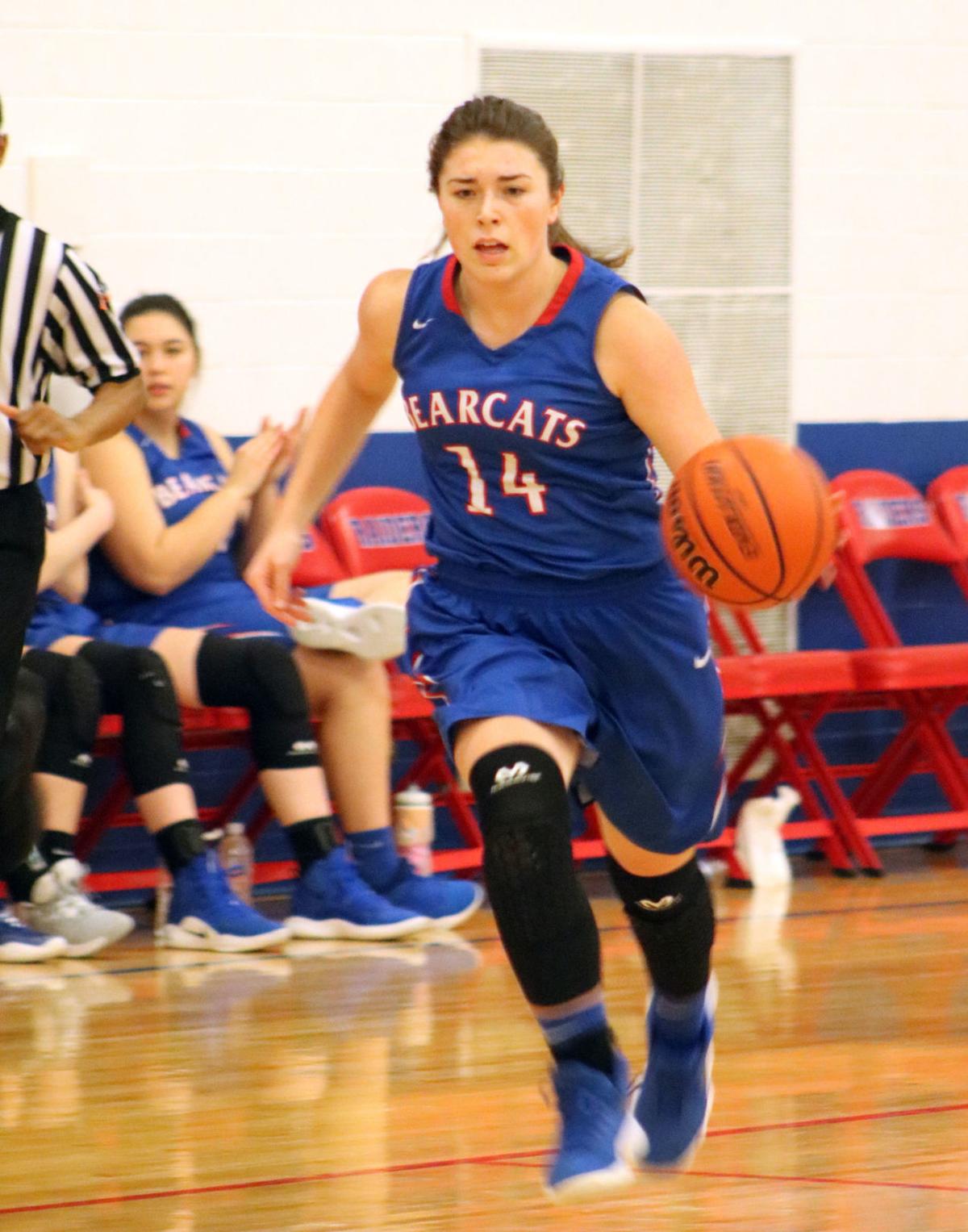 Kaylee Warren drives down the court for the Lady Cats. 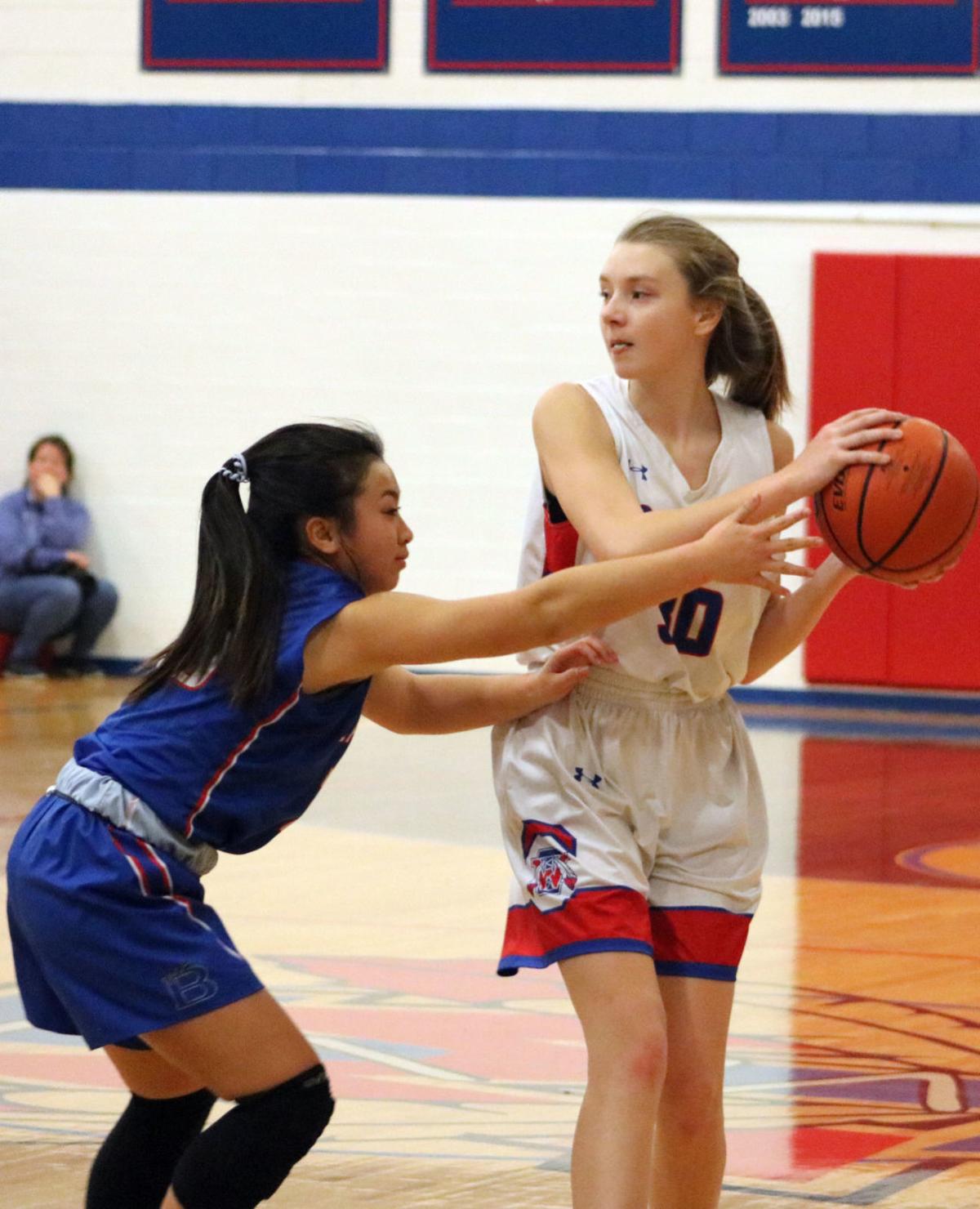 Kaylee Warren drives down the court for the Lady Cats.

It was a close battle in Gilman on Monday night when the Iroquois West Lady Raiders basketball team hosted the Milford Lady Bearcats. The final score was 39-38.

The Raiders were able to get possession of the ball first to start the game but found themselves unable to get a successful shot off. Milford’s Abby Tovey put up the first field goal of the night just under the seven minute mark in the first quarter, giving the Lady Cats the lead 2-0. But, Iroquois West bounced back with a field goal from Shelby Johnson to tie things up 2-2. The two teams exchanged baskets for the rest of the quarter with Milford up 12-8 until a last second shot at the buzzer from the Lady Raiders landed to put the score at 12-10.

A foul from Milford against Shea Small sent her to the line to score first in the second quarter of play, making it just a one point game. Shortly after, a technical foul called on Milford coach Tom Marshino once again sent Iroquois West to the line this time in the hands of Ashton Miller. Miller was able to tie up the score with her extra shot attempts, making the score 12-12. Milford’s Reyse Mussard was able to put the ball up for two points with 4:36 left in the first half, giving the Lady Cats the lead once again. Baskets from both Kaylee Warren and Tiffany Schroeder allowed the Lady Cats to extend their lead out to 18-12 over the Raiders. At the 1:43 mark, Milford’s Jakki Mowrey fouled IW’s Abby Kochker who made both of her free throws to make it a four point game. However, a shot from Milford’s Jordin Lucht once again gave the Lady Cats a six point lead and forcing the Raiders to call a time out. When play resumed, a shot from IW’s Shea Small with just 36 seconds left put the score at 20-16 to end the half.

The two teams remained neck and neck for the remainder of the game, with Milford never able to increase their lead over the Raiders to more than four points. With the score set at 38-35 in the final minutes of the game, a foul on IW’s Ashton Miller against Milfords’ Mowrey sent her to the line. Mowrey managed to sink one of two free throws to give the Lady Cats are three point lead. A final basket from IW’s Chloe Baker made the score 39-38, with Milford able to narrowly hold out their lead to win the game.

Leading the Lady Cats at the rim was Kaylee Warren. Warren managed to grab ten points in the game against IW, followed by nine from Mowrey. Maya McEwen also contributed five points of her own.

For Iroquois West, Abby Kochker lead the team in total points with 10. Shelby Johnson followed with nine of her own while Ashton Miller finished off with seven.

The Milford Lady Cats will host Armstrong-Potomac on Jan. 16 while Iroquois West will head to Watseka to take on the Lady Warriors on Jan. 17.

Milford and Iroquois West face off in Gilman