The Raiders’ Zach Rice (43) faces off against PBL at tip-off. 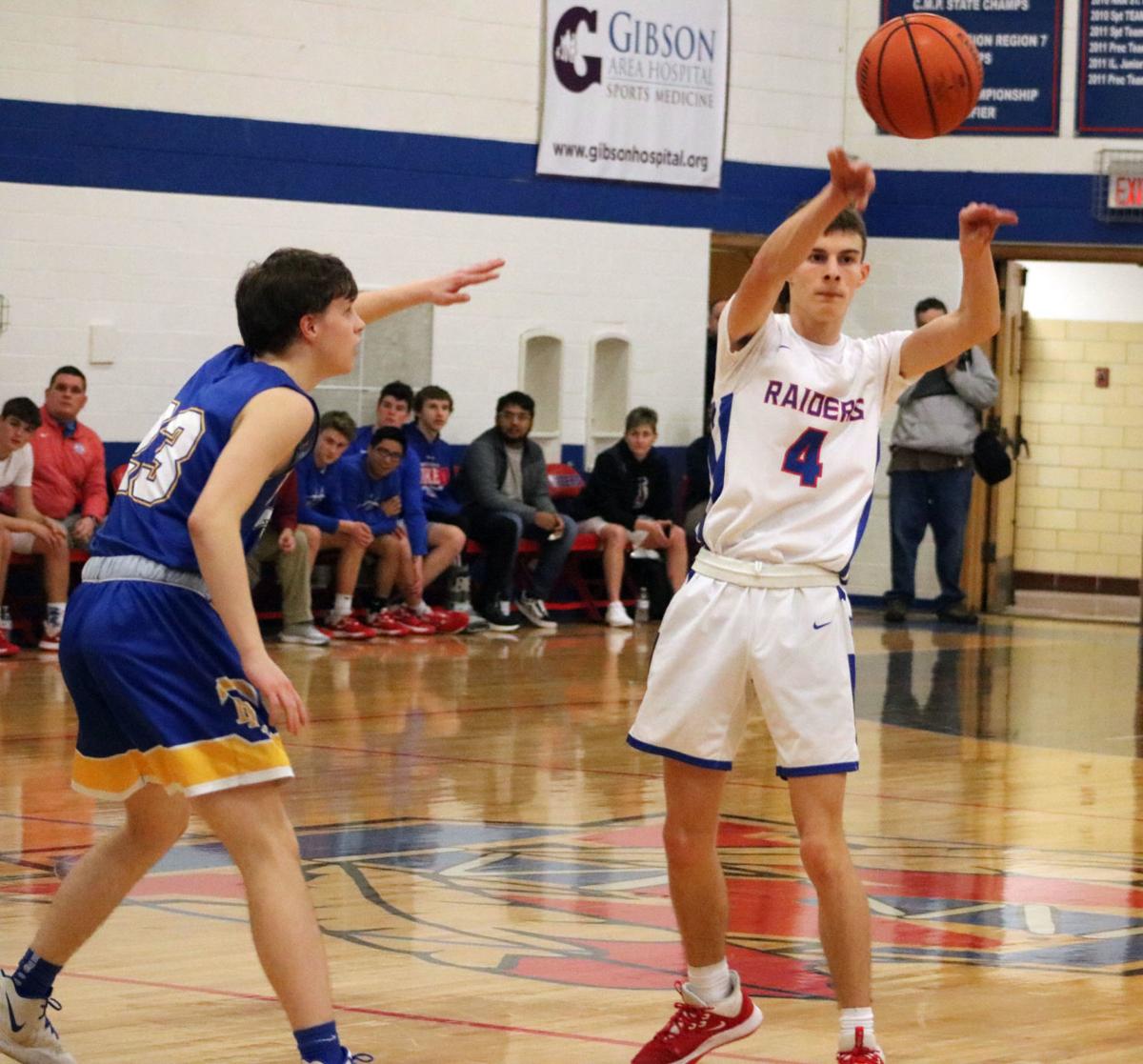 Jack McMillan makes a pass for the Raiders against the Panthers’ defense on Tuesday night.

The Raiders’ Zach Rice (43) faces off against PBL at tip-off.

Jack McMillan makes a pass for the Raiders against the Panthers’ defense on Tuesday night.

The Iroquois West Raiders lost by 18 points against the PBL Panthers at home on Tuesday night. The final score was 64-39.

After tip off, the Raiders found themselves on the board first after a quick three-point shot from Peyton Rhodes to start off the game and take the lead over the Panthers 3-0. However, PBL’s Trey VanWinkle was able to put up his first series of points after being fouled while scoring a layup at around the seven-minute mark. VanWinkle missed his free throw attempt however and cut the Raiders lead to 3-2. Two rapid-fire three-pointers from the Panthers’ Colton Coy allowed for PBL to quickly jump out ahead of the Raiders 8-3. After another successful three-pointer from IW’s Rhodes found the bottom of the hoop to make it a two-point game, Tilstra and Coy each exchanged baskets making the score 10-8 with just under 4:30 left in the first quarter. The Panthers then started to break away once again from the Raiders, putting up seven unanswered points. Two quick succession three-pointers from the Raiders’ Tilstra and Cannon Leonard cut back the Panthers’ lead and put the score at 17-14. From there, the Raiders put up another four points, while holding off the Raiders to end the first quarter of play 21-14.

The second quarter is where the Panthers were really able to run up the score, grabbing 23 points in those eight minutes to the Raiders’ seven and ending the half 44-21. Another 13 points from PBL to IW’s nine was added to the board in quarter three to put the score at 57-30 and move into the final quarter of play where PBL was able to secure their victory with a final score of 64-39.

Leading the Raiders at the rim was Ryan Tilstra. Tilstra grabbed 16 total points to end his night, six of which from three-pointers. Cannon Leonard followed with eight points of his own while Peyton Rhodes picked up six.

From here, the Iroquois West Raiders will look to take on GSW on Jan. 24 at home and turn around to host South Newton on Jan. 28.